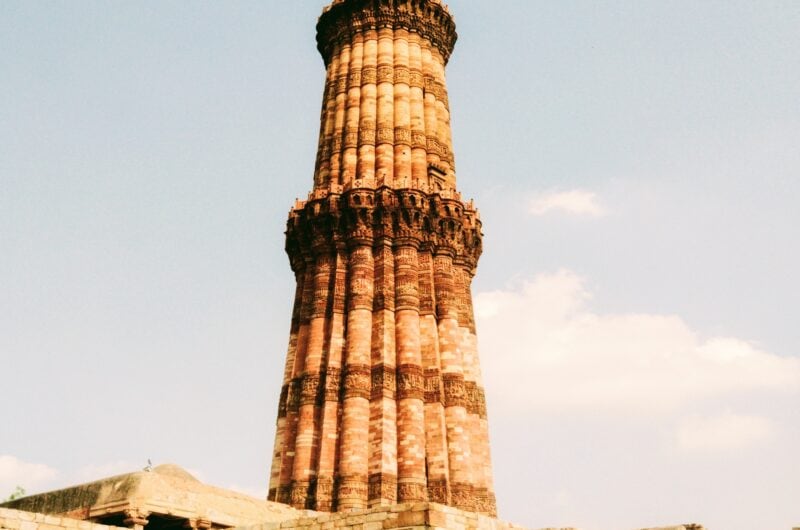 Your trip to Delhi is incomplete if it doesn’t include a visit to Qutub Minar. Located in Mehrauli in south Delhi, it is one of the oldest surviving minarets in Delhi. Since its construction in 1192 by Qutub-Ud-Din Aibak, the first ruler of the Delhi Sultanate, the minaret has endured several attacks by natural causes and stands tall to this date. The height of Qutub Minar is 72.5 meters, making it the world tallest brick minaret. Qutub Minar in Delhi is a part of the larger Qutub Complex which houses several historic monuments. Let’s take a deeper look to understand the history of Qutub Minar and why it’s a significant part of Delhi’s history.

Who was Qutub-Ud-Din Aibak?

In the 12th century, the northern part of present-day India was once ruled by Muhammed Ghori of the Ghori Empire. Qutub-Ud-Din Aibak was a general in Muhammed Ghori’s army and in charge of the Ghurid territories in north India. After the death of Muhammed Ghori, Aibak formed an independent kingdom under Mamluk Dynasty that came to be known as Delhi Sultanate. Aibak was the first ruler of the Delhi Sultanate.

The construction of Qutub Minar was commissioned by Qutub-Ud-Din Aibak in 1192, continued by his successor and son-in-law Iltumish and finished much later by Feroz Shah Tuglaq in 1368. It is still up for debate whether the minaret is named after Qutub-Ud-Din Aibak or Khwaja Qutbuddin Bakhtiar Kaki, a 13th-century saint Iltumish was devoted to. Qutub Minar is one of the many historic monuments in the Qutub Complex.

What other monuments are there in the Qutub Complex?

This was one of the first mosques built by the Islamic rulers. In 1193, Qutub-Ud-Din Aibak was still a general in Muhammed Ghori’s army when he commissioned the construction of this Jama Masjid (congregational mosque). He simultaneously commissioned the construction of Qutub Minar to leave an imprint of his religion. It is said that the mosque and Qutub Minar was built from the ruins of over 20 Hindu and Jain temples.

The inspiration of Qutub Minar was the Minaret of Jam in Afghanistan. It showcases early Afghan architecture but Qutub Minar eventually became Indo-Islamic architecture with unique designs. It was built over 150 years and is currently a UNESCO World Heritage Site.

The Qutub Complex houses 2 tombs. The first of it is  Iltumish a.k.a. Altmash, the third ruler of the Delhi Sultanate. It was built in 1235. The second tomb is of Imam Zamim; he was an Islamic clerk who immigrated to India from Turkestan during the reign of Sikander Lodi.

It is said that Ali, also known as Muhammad Ali, built the tomb himself during the reign of Humayun, a Mughal emperor. The tomb is not related to other monuments within the complex in any way.

The construction of the Qutub complex was not without hurdles. Ala-Ud-Din Khilji took the throne of Delhi Sultanate in 1296 and built an L-shaped madrasa in the complex. It is located on the southwest side of the Qutub complex and also houses the tomb of Khilji. This was the first example of a madrasa and a tomb being constructed next to each other.

But Khilji was an insecure ruler and wanted to build a minaret taller than the Qutub Minar. First, he doubled the size of the Quwwat-Ul-Islam mosque. Then, he commissioned the construction of a minaret that was twice the height of Qutub Minar. However, after the death of Ala-Ud-Din Khilji in 1316, the construction was abandoned after completion of 25 metres height. The project was never continued by any of his successors. The abandoned Alai Minar can be seen in the Qutub complex.

The Iron Pillar at the Qutub Minar is a metallurgical curiosity. Originally, this 7.25-metre tall pillar was erected by Chandragupta II Vikramaditya next to a Vishnu Temple complex in Udaygiri around 402, from where it was shifted to Anangpal in the 10th century, followed by its present location. The pillar, including its bell, weighs more than 6000 kgs and bears Sanskrit in the Brahmi script.

Damage and Repair of Qutub Minar 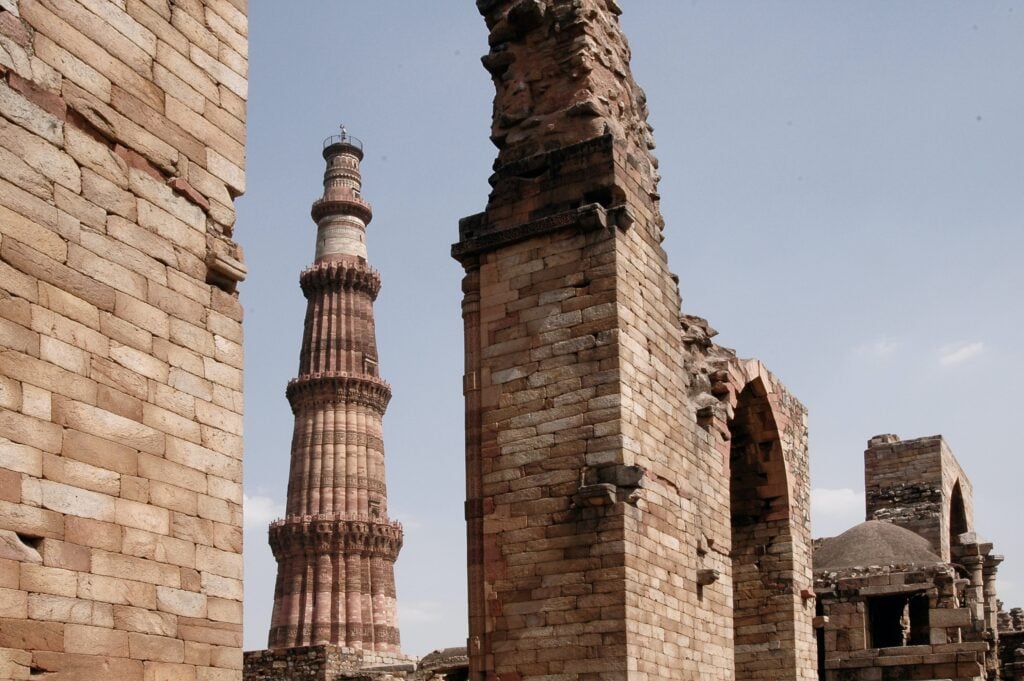 Qutub Minar has faced damages by 2 major earthquakes since its construction. The first was in 1505 after which it was repaired by Sikander Lodi. Another major earthquake hit Delhi and caused serious damage to Qutub Minar on 1st September 1803. The tower was renovated in 1828 by Major Robert Smith of the British Indian Army by installing a pillared cupola over the 5th floor, thereby adding a 5th floor. However, Viscount Hardinge in 1848, the then-Governor General of India, instructed the cupola to be taken down. The cupola was reinstalled at the ground level of Qutub Minar, where it remains. The cupola is known as the Smith’s Folly.

More often than not you’ll find Qutub Minar being a part of the itinerary in Delhi honeymoon packages.

Being a land-locked region, the summer season in Delhi can be harsh and the maximum temperature during the day can go higher than 41 degrees. Therefore, the best time to visit Qutub Minar is during the winter. The Qutub festival is organised every year at Qutub Minar in November and December. That is the ideal time to visit the complex.

The Qutub Minar is open to the public every day from 7 am to 5 pm.

The ticket price for Qutub Minar for individuals above 15 years of age is Rs 35 for Indian citizens and citizens of SAARC and BIMSTECH countries, and Rs 550 for other foreign travellers. The entry is free for children below the age of 14 years.

Online tickets for Qutub Minar can also be bought from the website of the Archaeological Survey of India.

Other Historic Places to Visit Around Qutub Minar

Delhi has been a political centre for different dynasties for nearly a millennium. Therefore, it has several historic places like the Qutub Minar that you can visit.

The Taj Mahal was not the only monument commissioned by Shah Jahan. He also commissioned the Red Fort in Delhi. This fort was home to the Mughal Empire for 200 years. Every year, the Prime Minister of India hoists the Indian flag at the Red Fort on Independence Day. 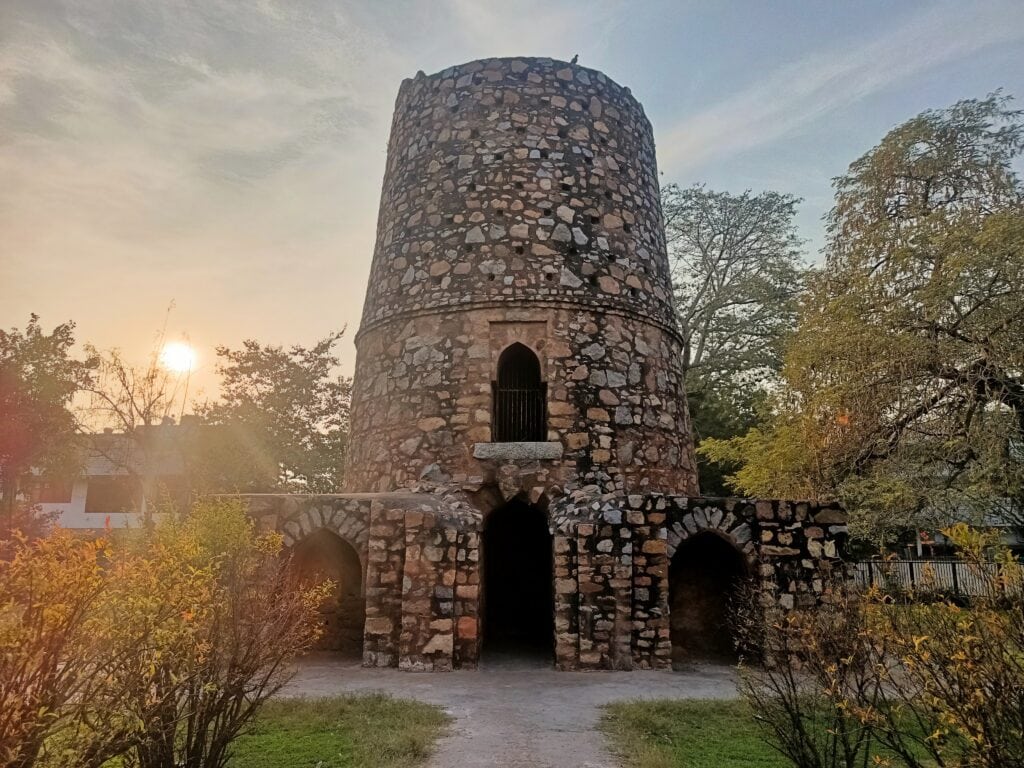 Ala-ud-din Khilji commissioned the construction of the Hauz Khas Fort in 1284 to provide unlimited water supply to Siri Fort. Located in Hauz Khas Village, the complex houses a water tank, tomb, mosque, and a madrasa. Right next to the Hauz Khas Fort is the Deer Park where you can see deers, ducks, rabbits, guinea pigs, and a host of other animals.

Qutub Minar and the other historical places around are not only well-preserved monuments but also popular picnic spots in Delhi. On any given day, you can find families and people of all ages spending time with each other at or around these places. Do plan a visit here while in Delhi – it is well worth its while! 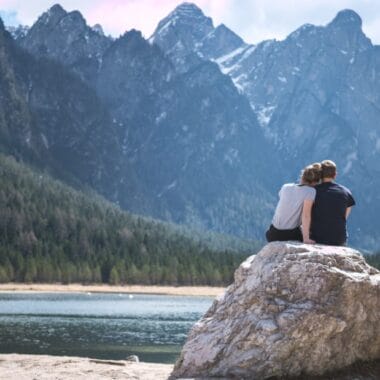