The enormous expanse of scarlet under the sun-warmed sky of Delhi characterises the city’s medieval craziness. With its huge surrounding walls and spread over 256 acres overlooking the Yamuna, the fort is drenched in crimson and has withstood the passage of time and anti-colonial defiance. The Red Fort, also known as Lal Qila, is a reflection of the Mughal Empire’s cultural, political, and architectural splendour, inking the Indian ancient landscape with rich variegated colours.

The History of the Red Fort

The Red Fort, also known as Lal Qila, is a mediaeval fort in Old Delhi, India that served as the Mughal Emperors’ principal residence. When Emperor Shah Jahan chose to relocate his capital from Agra to Delhi on May 12, 1638, he authorised the building of the Red Fort. Under Shah Jahan, the fort marks the pinnacle of Mughal construction, combining Persianate palace building with Indian customs. The Red Fort houses many museums that showcase a variety of valuable artefacts like the Delhi Science Museum.

The fort was seized by British Colonial Rulers, who raided and stole several valuable treasures, including the Kohinoor diamond, Shah Jahan’s Jade Wine Cup, and Bahadur Shah II’s crown. They intended to demolish the Fort in stages, destroying furnishings, gardens, harem apartments, and servant quarters. Almost all of the interior construction was demolished, except the white marble structures. After Britishers left India, prime minister Mr Jawaharlal Nehru raised the flag. Ever since then on every Independence Day and on Republic Day, the Indian prime minister raises the flag.

One of the interesting facts about the Red Fort is that the red colour was never present. It was only painted red by the Britishers after the limestone began to flake apart. The name Red Fort comes from the British era, when they painted it red to preserve it and so renamed it Red Fort, which was later translated to Lal Qila, which means “people’s land”.

The Architecture of the Red Fort

The architecture of the Red Fort in Delhi is inspired by the monuments of Rajasthan, Delhi and Agra. The fort, which covers an area of 255 acres, was built in a variety of architectural styles, including Islamic, Hindi, Timurid, and Persian. The height of the Red Fort is 59-108 ft and its huge,  2.5-kilometre-long encircling walls are composed of red sandstone, which gave rise to the monument’s name. A few pieces of the Red Fort was also made of red rock, although the majority of the construction was composed of marble. The construction, which is shaped like an irregular octagon, combines garden design elements as well as turrets, bastions, pavilions, two gates, and various other components. A visit to the Red Fort must be included in the Delhi tour package as it is one of the best experiences that make visitors appreciate the grandeur of a bygone age.

Apart from visiting the inside of the Red Fort, travellers may also explore the commercial district of Chatta Chowk, also known as Chandani Chowk, which can be reached by the Lahore Gate, the fort’s main entry gate. The market square is dotted with shops offering ethnic goods and clothing from all across the country. Apart from shopping, it is also well-known for Jama Masjid Delhi, where visitors may sample a wide range of cuisine.

Did you know that the Red Fort is famous for its light and sound show?

The performance, which is conducted every evening except Mondays, is a one-hour light and sound show that takes place inside the Fort’s grounds. There is no greater way to discover the Fort’s history. The programmes are broadcast in both English and Hindi at various times:

If you want to know more about this amazing heritage monument, the Red Fort, the following are a few important pieces of information which you must know about the Red Fort:

Except for Mondays, visitors can visit the Red Fort on any day of the week. The timings for Red Fort, Delhi is from 9.30 a.m. to 4.30 p.m. The best time to come is between October and February when Delhi is at its most beautiful. In order to enjoy the light and sound show which is available in two languages: Hindi and English you check the timings and tickets online for the Red Fort, Delhi.

The best thing about the Red Fort, Delhi, located in the centre of the city, is that it is well-connected by all kinds of transportation and may be accessed by cab or bus. If you intend to ride the metro, get out at the Chandni Chowk Yellow Line metro station. You may also go to Red Fort from anywhere in the city by taking one of the DTC buses that run on this route on a regular basis.

Apart from the fascination with the Red Fort’s stunning architecture, there are numerous attractions nearby that you should see. The National Zoological Park in Delhi is a popular tourist destination since it provides a significant opportunity to witness a vast diversity of animal, bird, and plant species. Gurdwara Sis Ganj Sahib, which is 750 m away from the Red Fort is a must-visit place when you visit the Red Fort.

This wonderful piece of architecture, with its astounding structure, enticing artwork, mesmerising interiors, and colourful history, is a location that everyone should see at least once in their lives. All of this combines to make it the heart and soul of Delhi. Allow history to speak through every inch of the fort, and absorb its architectural magnificence. Visit the Red Fort like a pro now that you know everything! 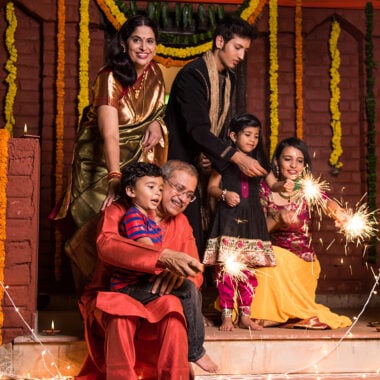 Diwali Celebration in India: Places You Must Visit to Feel the Festival 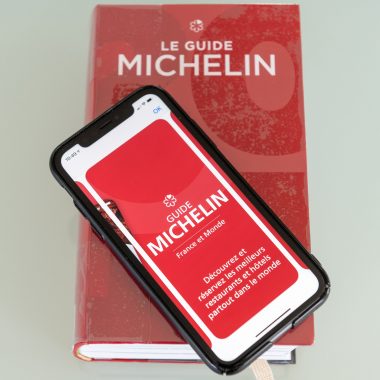 A Brief History of the Michelin Company