Blog › Calling Out The Spiritually Inclined – 10 Places Of Worship Worth Visiting In India! Calling Out The Spiritually Inclined – 10 Places Of Worship Worth Visiting In India!

India is a beautiful blend of diverse cultures, traditions and religions. It is also the place where the oldest religion in the world, Hinduism was founded. A land full of temples of different faiths, India is also called a spiritual land because of the number of Gods, sadhus, gurus and yogis that exist in the country. For people who want to visit temples, mosques, churches and monasteries, India is a one-stop destination for all. So without further ado, we present the top places of worship that you shouldn’t miss when in India.

We start off with the majestic Jagannath Temple at Puri. Apart from being one of the most famous tourist attractions and an important pilgrimage destination, the Jagannath Temple is a part of the ‘Char Dham Yatra’. Shrouded in many mysteries, this ancient temple is dedicated to Lord Jagannath (Krishna)and worshipped along with the deities Balabhadra and Subhadra. This marvellous temple has been built with the sculptural richness of the Orissan style of temple architecture. The temple is also famous for its annual Rath Yatra or the Chariot Festival, where all the three deities are moved in elaborately decorated chariots and bathed in perfumed water with one hundred and eight pitchers. The Jagannath Temple is a symbol of Orissa’s rich history, culture and spiritual traditions.

The marvellous Ramanathaswamy Temple located in Rameshwaram, Tamil Nadu is one of India’s holiest shrines. This temple enshrines Lord Shiva in the form of two lingams and is believed to have been established and worshipped by Rama, an avatar of Lord Vishnu. The ethereal temple is built in the beautiful Dravidian form of architecture with massive walls, lofty gopurams (huge towers) and a colossal Nandi. It has long striking corridors housing over 1000 pillars with distinct carvings 22 Teerthams (temple tanks) inside the temple complex. 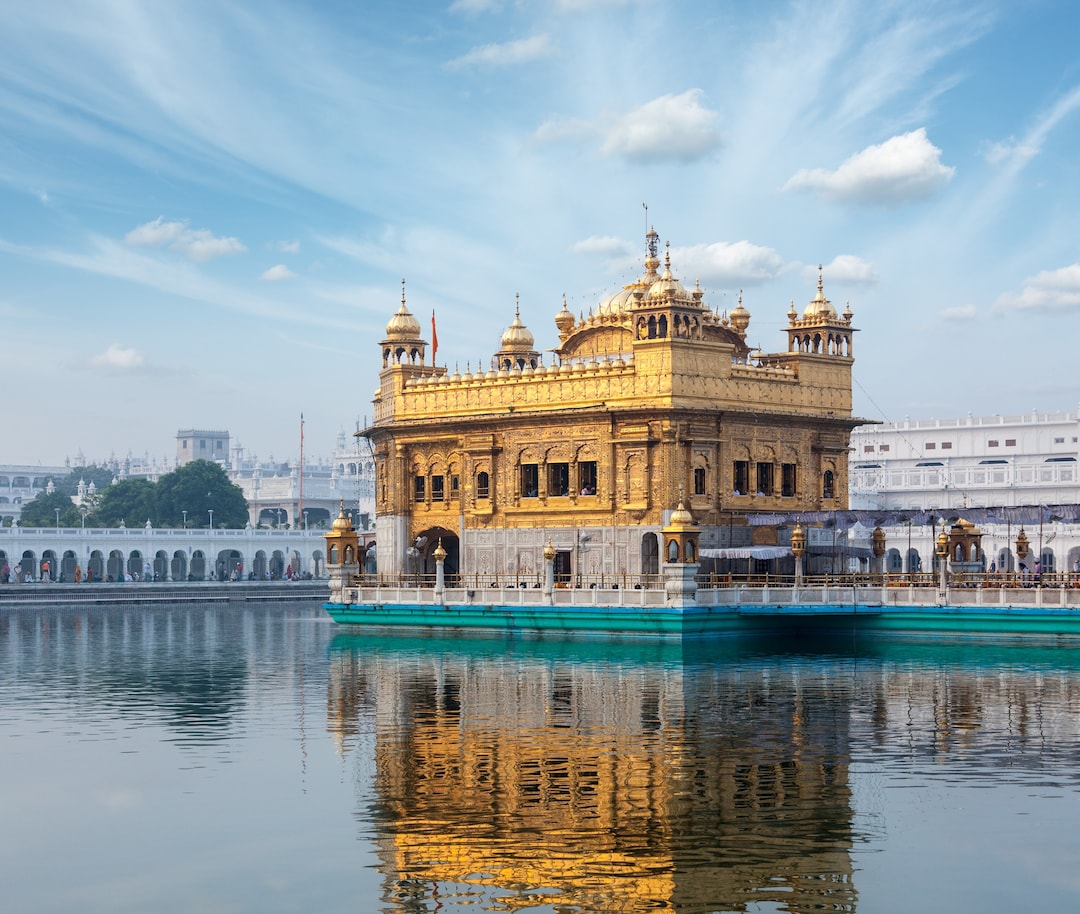 Sri Harmandir Sahib, popularly known as Darbar Sahib and informally referred to as the Golden Temple is one of the famous Gurudwaras and a most revered spiritual sites of Sikhism. Built in the centre of a holy tank, Amrit Sarovar, the Golden Temple has four entrances in four directions, representing the openness of the Sikhs to all people and religions. The temple has been constructed of marble and embellished with real gold, thereby earning the name of ‘Golden Temple’. Structurally, the temple has been constructed a level below the ground level as it signifies that one must be humble and go down to reach God. The main hall of the Golden Temple houses the sacred scripture of Sikhs, Guru Granth Sahib which is placed on a raised platform under a canopy studded with precious jewels.

One of the finest examples of the Mughal architecture is the tomb of Sufi Saint Sheikh Salim Chisti in Fatehpur Sikri, also known as Sheikh Salim Chisti Dargah. A well-known religious site for Muslims, this Dargah was built by Emperor Akbar in honour of the Sufi Saint. Built between the years 1580 and 1581, this mausoleum is built on a 1-meter-high platform and is decorated with mosaics of black and yellow marbles arranged in geometric patterns. The main hall boasts of intricate carvings on the marble and delicate latticework, while an ebony ‘chhaparkhat’ enclosure surrounds the marble cenotaph. A must-visit to admire the Mughal architecture and fine craftsmanship.

Nestled amongst magnificent Himalayan ranges and situated at an elevation of 10,000 feet is the largest monastery in India, the Tawang Galdan Namgye Lhatse, more popularly known as the Tawang Monastery. This monastery was founded by Merek Lama Lodre Gyamtso in 1680-81 as per the wishes of the 5th Dalai Lama. The monastery is three-storied and consists of a big assembly hall, a centre of Buddhist studies and a school. The monastery also has a printing press for printing religious books using a locally made paper. Located in the town of Tawang in Arunachal Pradesh, Tawang monastery is a feast to eyes with scenic views and a pleasant climate!

The Basilica of Our Lady of Good Health in Velankanni, Tamil Nadu is one of the country’s biggest Roman Catholic pilgrimage sites. Its origins can be traced back to 16th century and it is believed that an apparition of Mother Mary and Jesus appeared to a shepherd boy in his sleep, instructing him to build the shrine at the current site. The shrine was later built upon and expanded by the Portuguese. The church is built in the traditional Gothic style and is popularly known as the ‘Lourdes of the East’ after the famous Lourdes Chapel in France. The church hosts a nine-day festival from 29th August to 8th September every year which concludes in the celebration of the ‘Feast of the Nativity of Mary’ where millions of pilgrims and tourists flock the small town of Velankanni.

Om Namah Shivay! The chants reverberate in the holy atmosphere of Rishikesh as Brahmins hold up huge, flaming aartis in devotion to the Gods above. This divine spectacle takes place at Triveni Ghat, which is the namesake for the Sangam of 3 sacred rivers of India – Ganga, Yamuna & Saraswati. Being the holiest Ganga ghat in India, Triveni Ghat holds significant importance in Hindu mythology and finds its mention in our holy epics – Ramayana & Mahabharata. The Ghat becomes even livelier in the evening when the Maha Aarti is performed. The aarti is accompanied by chanting of bhajans, prayer offerings, the beating of drums, bells and diyas glowing all over the place. The Ganga Aarti also takes place in Varanasi at the Dasaswamedh Ghat near Kashi Vishwanath Temple and in Haridwar at the Hari-ki-Pauri Ghat.

* Varanasi, the oldest living city of the world and has been the chief centre of civilization for more than 3000 years. One of the holiest places in Hinduism, Varanasi is also a very colourful and fascinating place on earth! Also known as Benaras or Banaras, this city situated on the banks of the holy river Ganga, is considered to be an abode of Lord Shiva. With surprises waiting for you at every corner, Varanasi is an essential stop in every travellers’ list!

This spiritual list wouldn’t be complete without mentioning the prestigious and extremely popular pilgrimage site, Tirupati Balaji in Andhra Pradesh. Located in the hill town of Tirumala in Chittoor district, the Venkateswara Temple is an iconic establishment that is dedicated to the Venkateswara incarnation of Lord Vishnu. The temple is also known as the ‘Temple of Seven Hills’ since it is located on the 7th Peak, Venkatadri of the Tirumala Hills. Unarguably, it is one of the most visited temples in India and one of the richest temples in the whole world. On any given day, the temple is visited by thousands of devotees and on special occasions such as Brahmotsavam, the temple experiences millions of pilgrims and worshippers.

This spectacular Jain temple is a must-visit when you travel to the state of Rajasthan! It is located in Ranakpur village of Pali district and can be easily visited en route while travelling from Udaipur to Jodhpur or Jaipur. The temple is dedicated to Adinath, the first Tirthankar of Jainism and is easily one of the largest and most important temples of the Jain culture. What makes this temple unique is the splendid white marble architecture and the intricate carvings that adorn the interior of the temple. The temple has over 1444 pillars, all exquisitely carved with fine detailing and spectacular design such that every pillar is unique from the other. The temple is designed in the form of Chaumukha, which means that the temple faces in all 4 directions. A peaceful pilgrimage site and a magnificent work of art, this temple is a definite go-to in the land of royals!

There are very few who have not heard of Shirdi Ke Sai Baba! Such is the popularity and influence of this spiritual saint of Maharashtra that people from all religions, irrespective of their caste, creed, status, background, flock the sacred destination of Shirdi to obtain his holy blessings. Sai Baba never believed in distinction based on religion or caste, which is why his followers are Hindus as well as Muslims. His manifestation in the form of a supreme God is worshipped at the famous, Shirdi Sai Temple in Ahmednagar district of Maharashtra. The temple is managed by the Shri Sai Baba Sansthan Trust that oversees the administration and day-to-day operations of the temple as well as the development of Shirdi village. Devotees flock the temple on a regular basis and during special festivals such as Ram Navmi (March/April), Guru Purnima (July) and Vijayadashami (September), the fervour and excitement of the entire Shirdi village and the hordes of visitors, is at its peak.

A special mention to Kanyakumari, the southernmost tip of India and a prominent coastal town in Tamil Nadu, well known for the Swami Vivekananda Rock Memorial. Not necessarily a pilgrimage site but a monument worth visiting, the rock memorial has been built in honour of the great Indian philosopher, Swami Vivekananda who is said to have attained enlightenment at the very rock. The monument has been built by incorporating various architectural styles used in temples all over India. The strategic location of the rock memorial surrounded by the Laccadive Sea, the splendid view of the ocean waves crashing against the rocks and the sense of peace and serenity one can achieve at the meditation hall of the memorial, is reason enough for spiritually inclined tourists to make it a part of their journey!

With such sacred destinations present in almost every state, India fulfils all desires and ticks all the right boxes when it comes to a peaceful and content spiritual journey! Seek divine blessings and find inner peace at these wonderful places of worship as you discover yourself in the process of discovering India! 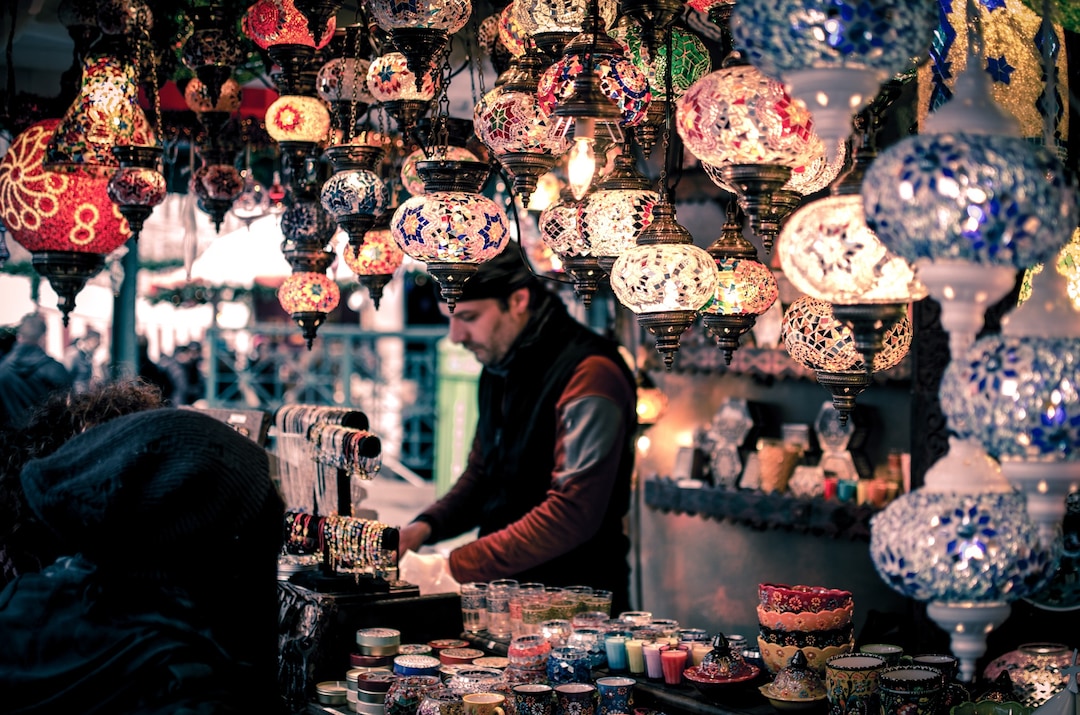 Top 7 places to visit in Turkey – Wander across the borders!

8 Tourist Places To Visit In Munnar On A Honeymoon - A Scenic Getaway in Kerala!