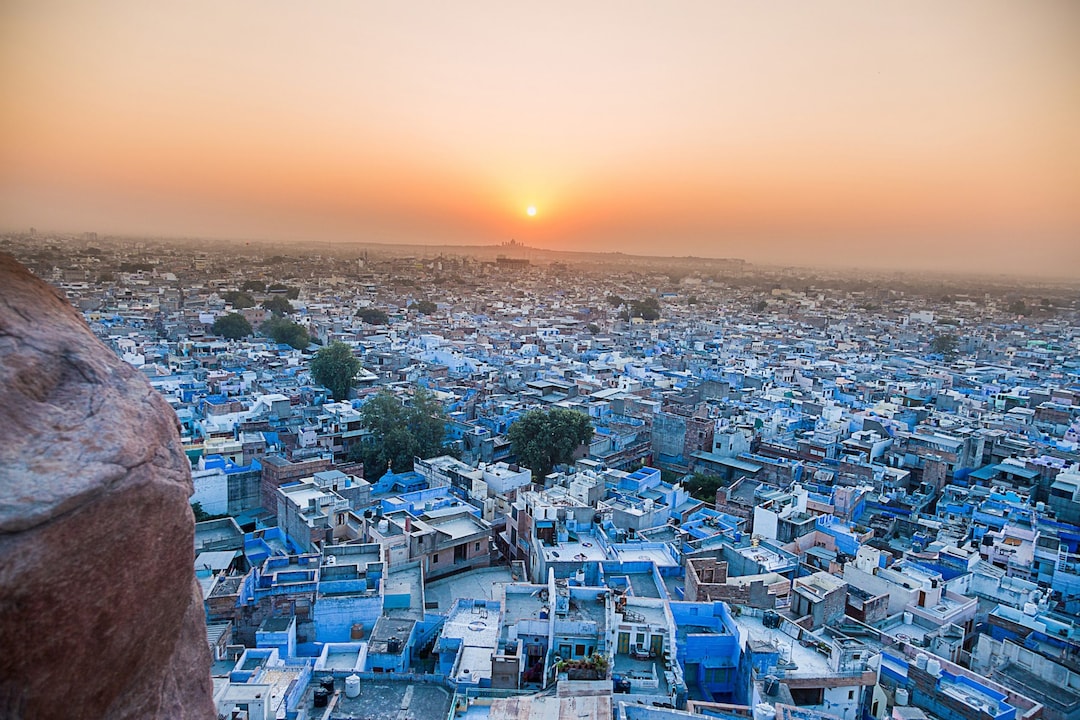 Fondly known as the ‘Blue City’, Jodhpur is the second-largest city in Rajasthan where many buildings are painted in the city’s iconic blue colour. The former capital of Marwar, it is one of the most enticing cities in the state with its mighty Mehrangarh Fort overlooking the city from the rock outcrop. It is said to have a very fascinating history right from its name to the famous blue buildings, followed by various places of historic importance and destination wedding venues in Jodhpur.

All these taken together make Jodhpur one of the best places to visit in India that offers a diverse travel experience to its visitors. On a rather palatable note, let us regale you with the tales of famous places to see in Jodhpur: –

Mehrangarh Fort is counted among the best Jodhpur tourist places. Majestic in every sense of the word, the fort has now been turned into a museum that reflects the rich cultural heritage of Jodhpur. Identified as one of the largest forts in the country, the museum accommodates several mahals within its premises.

A brilliant work of architecture gleaming with several design intricacies, the fort is among the most visited places in the city. It is at about 410 feet on a hilltop and offers a majestic view of the Blue city.

One of the last constructed palaces in India, Umaid Bhawan is known for its design and architecture from the historic era, making it bag a place among the famous Jodhpur attractions.

Located within the city premises, the palace takes you back to the princely era of Jodhpur with its spellbinding construction. It is divided into three areas, one of which is still owned by the royal family while the rest two are converted into a heritage hotel and museum, respectively.

Yet another attraction included in the list of famous places to visit in Jodhpur, Ghanta Ghar is an essential landmark in the city which was built by Maharaja Sardar Singh during his rule. Your list of Jodhpur tourist places is incomplete without paying a visit to this tall colossal tower next to Sadar Bazar.

You can choose to shop from the famous city market in proximity to the tower, try famous delicacies, or explore the regular life of the people of Jodhpur. Besides, you can indulge in the beautiful lights of the tower when it is lit in the dark and get enthralled!

A small village on the outskirts of Jodhpur, Bishnoi village let the visitors experience the rich culture of the city and their dedication towards safeguarding Mother Nature. Besides, you can also have fun with camel treks, desert safari, cane spotting, and much more when in the village. Other than rich cultural values, Bishnoi people are famous for their art and handicraft items, contributing to the increasing popularity of their village as one of the best places to visit when in Jodhpur.

Considered one of the most beautifully designed architectural landmarks of Jodhpur, Jaswant Thada is a well-equipped tourist destination to include in your Jodhpur tour package. Located next to the Mehrangarh Fort, the place is known for being an artistic wonder in the city that was built by Maharaja Sardar Singh of Jodhpur in the memory of his father Maharaja Jaswant Singh. Today, the site serves as a cremation ground for the royal Rajput families of Marwar.

Imbibed in architectural intricacies, Jaswant Thada is an array of whimsical domes sitting above a 1km small lake and offers a picturesque view of the Mehrangarh Fort. That is why it is a big hit among Jodhpur tourist places!

Kaylana Lake is an artificial lake spread across an 82 km square stretch in the west of Jodhpur city while also making its way to Jaisalmer. It was built by Pratap Singh in the year 1872 to serve as a source of drinking water for the locals of Jodhpur. Besides that, the site is famous among the travellers for trekking, hill climbing, camping and several religious sites in its proximity. That is why it is often included in the list of places to visit in Jodhpur for 2 days itinerary. Moreover, the lake is surrounded by lush greenery and is home to several exotic bird species, making it a popular site for bird-watching among the travellers.

All the above aspects taken together make Kaylana Lake one of the famous places to visit in Jodhpur that offers a blissful experience.

Popular among the best places to visit in Jodhpur for travellers, Mandore Garden has a history that will take you back to the 6th century. Besides its existence as a historic monument, Mandore Garden is known as a masterpiece of architecture in the city.  Furthermore, it houses a museum named ‘Hall of Heroes’ and a temple dedicated to 33 crore Hindu gods.

The wonderful domes and structures constructed within the Mandore Garden premises serve as the biggest attraction for tourists in the city, hence qualifying to be on the list of famous places to visit in Jodhpur when there for 2 days.

Yet another artificially constructed lake, Bal Samand Lake is among the most famous tourist places in Jodhpur. Earlier a water reservoir, it was transformed into a lake by Balak Rao Parihar 1159 AD and has been among the best places to see in Jodhpur ever since.

Besides serving as a source of water to the people of Mandore, the lake is a popular picnic spot; it lets you relax in the oasis of calm and quiet environment away from the city’s hustle and bustle. Lush greenery, gardens and a royal pathway around the lake add to its charm as a famous tourist place in Jodhpur.

Spread over 72 hectares of land, Rao Jodha Desert Rock Park serves as one of the best places to visit in Jodhpur. The park was created in 2006 with the intent to restore the natural ecology of a large and rocky wasteland next to the Mehrangarh Fort. Inside the thriving park are an ecologically restored desert and arid land vegetation that showcase the region’s flora and fauna, adjoining the mighty fort of Jodhpur. Furthermore, the charming terrains of the park add to its value as one of Jodhpur’s famous tourist places.

Toorji ka Jhalra is a famous stepwell built by Maharaja Abhay Singh’s consort in the 1740s. The site is well known for its fabulous architecture from ancient times and serves as a celebration spot for women of Jodhpur during the Gangaur pooja.

Beyond its architecture and design, the site showcases a traditional system of water management in the city, making it one of the best places to see in Jodhpur.

Ranisar Lake is a small lake in Jodhpur that offers a picturesque view of the surrounding landscape accompanied by the scenic fort looming nearby. The most mesmerising site to experience at the lake is the sunrise which happens from the back of Mehrangarh Fort and the sunset which takes place at the opposite mountain. Trust us on this – it is quite the attraction in Jodhpur!

Built around 500 years ago by Queen Jasmade Hadi, this lake serves as a natural water conservation site. The best part about this lake is that it barely runs out of water in its parched landscape, qualifying as a permanent source of water.

Located in proximity to the Kaylana Lake, Machiya Safari Park is one of the best places to visit in Jodhpur; it is a wonderful abode to explore for nature and animal admirers. The park accommodates several species of wild animals including blue bulls, desert fox, rabbits, cats, mongoose, deer and even monitor lizards spotted in their natural habitat. The best part is that the visitors can engage with these animals at the park, hence making it one of the best things to see in Jodhpur for visitors of all age-groups.

Additionally, the park also consists of exclusive bird-watching points which are ideal for people interested in spotting some rare bird species.

Travelling to Jodhpur and thinking about where to go? Our specially curated list of places to visit in Jodhpur in 2 days has got you covered. 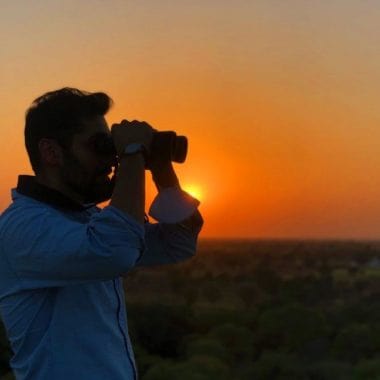 Best places to visit in Rajasthan this winter