The South Indian state of Karnataka is a topographical marvel! As the state has begun receiving the attention that it always deserved, plenty of tourists have been able to admire Karnataka’s magnificence and enjoy its culture, which is an astonishing mix of serenity and exhilaration. A tourist in Karnataka is rewarded by the incredible mix of remarkable history, nature, metropolitan, and traditional lifestyle as well as spirituality.

Touring and sightseeing in Karnataka are truly epic. Not convinced? Here, take a look at this list of Karnataka’s most scenic sightseeing places: –

There is no place like Mysore or Mysuru in the entire nation! A city with such an incredible and impressive royal heritage is rare to find, even in India, a country renowned for its royal heritage! The Mysore Palace is a highly revered sightseeing attraction in Karnataka, one that draws a gigantic crowd each year. Talking about gigantic crowds, the 10 days ‘Dasara’ Festival in Mysore is one crazy time during which huge crowds come together to celebrate the festival of Dussehra in the grandest way possible! You would be enchanted by the whole affair in ways you couldn’t even imagine! Oh, and there’s also the very famous ‘Mysore Sandal Soap’ factory, which, of course, because Mysore is a paradise for shoppers of sandalwood.

While you are in Mysore, make sure you learn at least a little about Ashtanga yoga; you wouldn’t regret it! 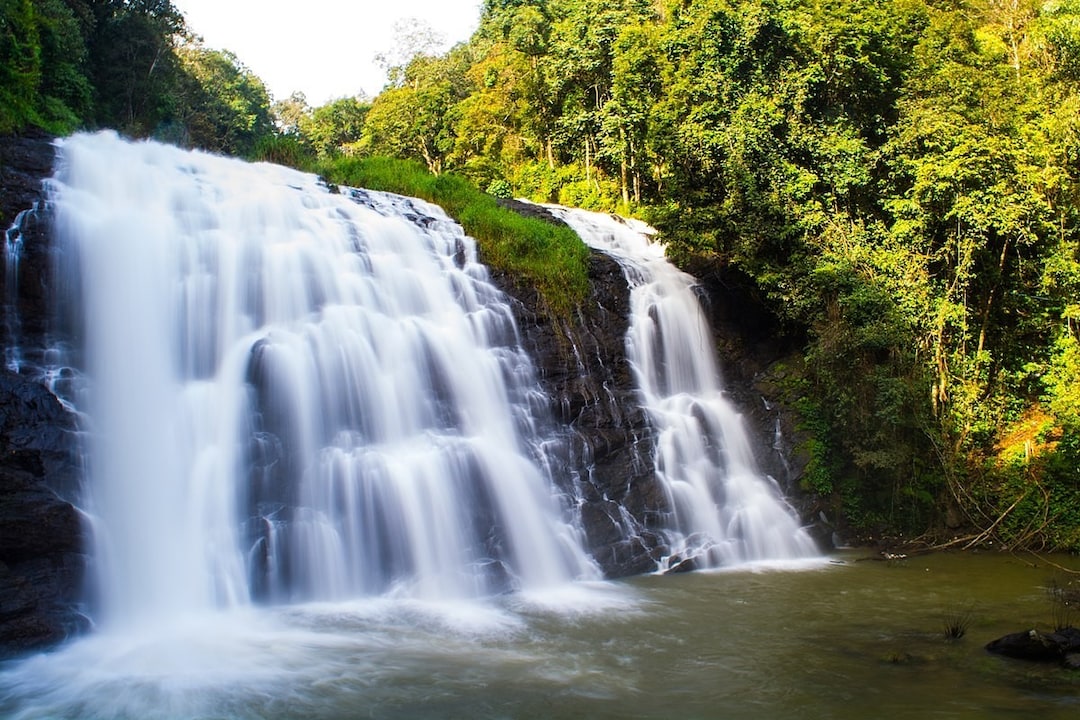 The region of Kodagu, most commonly known by its English name, Coorg, is a place that is difficult to summarize in words. The extremely alluring and picturesque mountainous region of Coorg is more than enough to make a nature-lover fall in love with it. But if that were to be it, the experience here wouldn’t be unexplained. Adding to the beauty of these scenic mountains are the amazingly calming waterfalls that you will find in abundance here. What’s more, the extremely fragrant coffee plantations and the incredible Buddhist monasteries that one can only imagine. The magnificence of Golden Temple (the Buddhist Monasteries in Coorg) is beyond anything that you will experience in the state. Sure, Coorg is one of the best sightseeing places in Karnataka, and yet, it is so much more than that!

Be sure to club your tour of Coorg with Bangalore and Mysore as it is in proximity with both the mega cities of Karnataka. 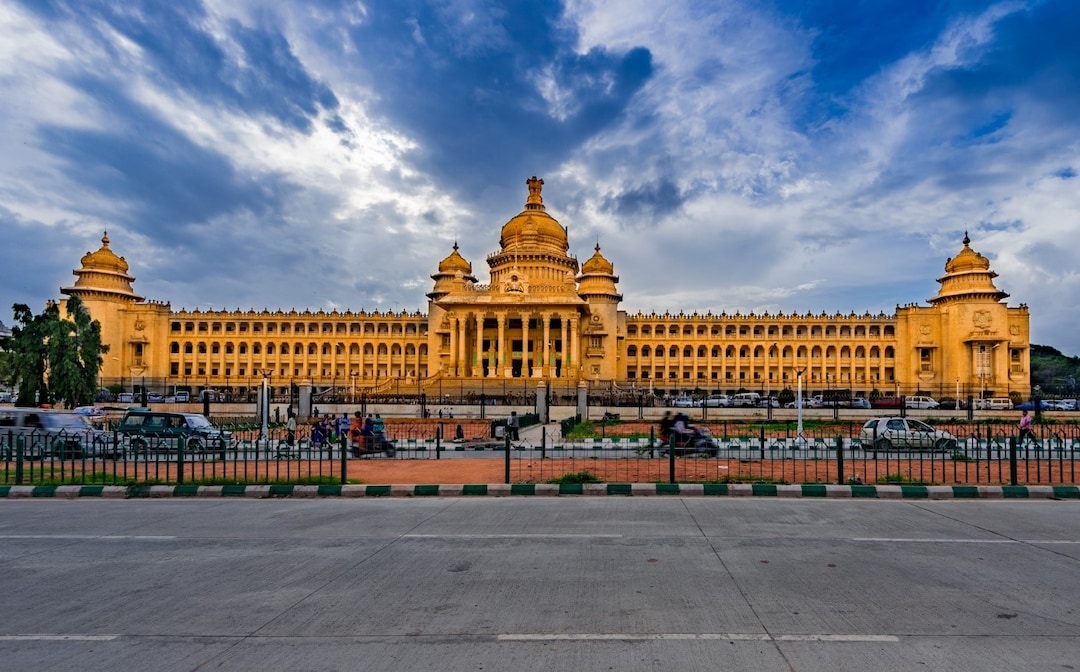 The state’s capital, Bangalore is a wondrous treat for tourists and casual visitors alike! It is a fast-growing, modern and exceptionally prosperous city that has become home to the nation’s IT industry. A city full of zeal, pizzazz and buoyancy, Bangalore is also one of the cities in India that boasts as an impressive cultural hub. Along with that, the city’s verdant environment and impeccable climate will make you fall in love with it. Also, there are numerous sightseeing places in Karnataka near Bangalore. Think of the city as a transit point that you will love as much as the destination(s) you are heading out to. One of the top historical destinations in India, the present free and easy village of Hampi was once the capital of the great Vijayanagar, one of the greatest and grandest Hindu empires that ever existed in the country. Hampi earns its place in the list of the best sightseeing places in Karnataka owing to the extraordinarily enticing ruins that are intermingled with huge boulders rearing up all over its picturesque landscape.

These ruins date back to the 14th century and stretch for about a distance of 25 kilometres or 10 miles comprising of over 500 monuments. Now that makes for incredible sightseeing in Karnataka. Besides that, you will also find here some of the most celebrated temples of India. There is, in fact, a truly special energy that you can feel in the ancient lands of Hampi. 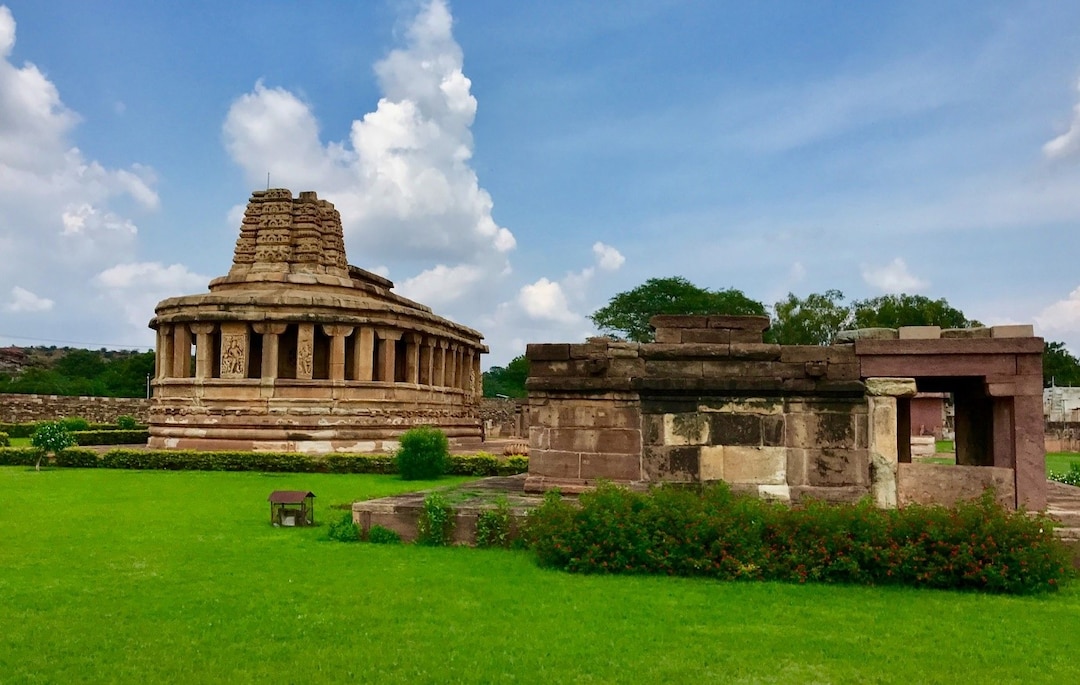 If you plan on visiting Hampi, you would be extremely pleased to adjoin the sightseeing tour with the renowned heritage sites of Aihole, Pattadakal and Badami (formerly Vatapi). The Chalukya Empire that ruled here during the 4th to 8th century left us with their amazingly rich temples, monuments, and ruins from that era. Originated in Aihole, their famed Chalukya style of architecture was truly wonderful! The 125 stone temples in the villages stand strong validating just that. However, it is unfortunate that they are yet to receive the attention they most certainly deserve. Badami, on the other hand, is one of the most famous caves in India and one of the most spectacular sightseeing places in Karnataka. It has a set of four ancient rock-cut temples in its cave which are just magnificent. Pattadakal too has an equally impressive temple complex. The sights here are simply put, surreal! 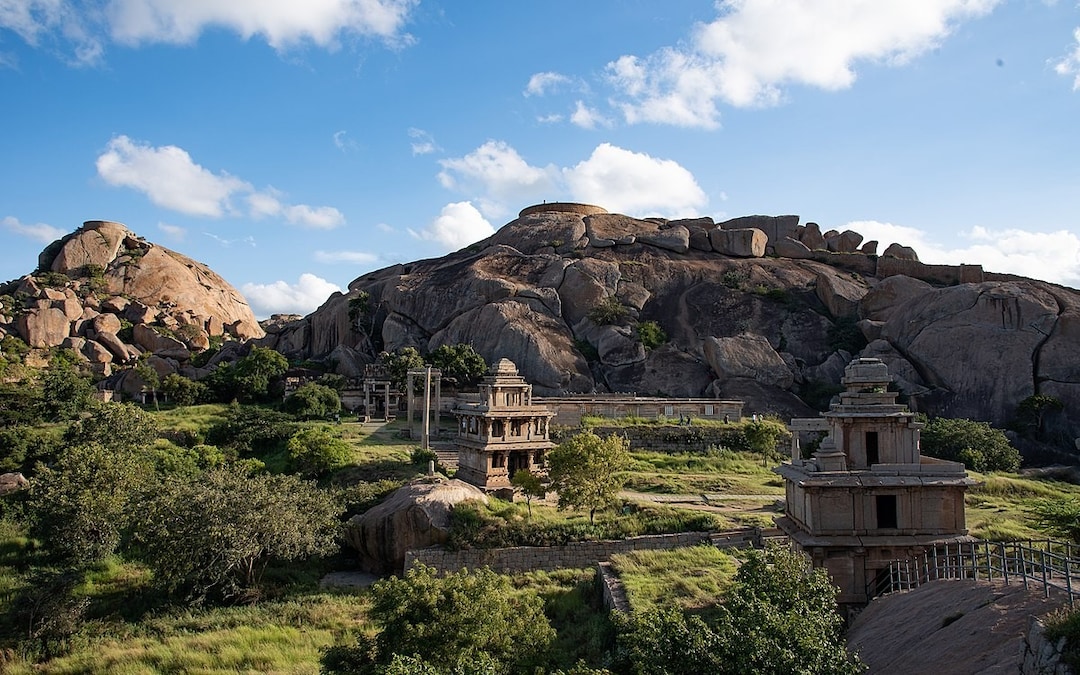 The beautifully maintained ruins of the sprawling Chitradurga Fort are a thing of beauty that has somehow stayed hidden. This is a lesser-known gem that you should not miss out on during your quest to finding the best sightseeing places in Karnataka. Situated in the northwest of Bangalore and the heart of the Deccan Plateau, you will be treated by the Chitradurga Fort on your way to Hampi. The fort was mostly built by the Palegar Nayakas between the 15th and 18th centuries. However, in the consequent times, it was then expanded by Hyder Ali after he defeated the Nayakas. This is the largest fort in the state (all the more reason for you to visit it!) and its rocky landscape on the granite hill is adorned by the boulders and valleys. Some of the other eminent features of this grand fort include seven circular walls, 35 secret entrances, 19 gateways, 4 invisible passages, 18 temples built in the upper fort, 2,000 watchtowers, and a massive temple that was built in the lower fort. The grandeur of the fort and its architecture will mesmerise you! 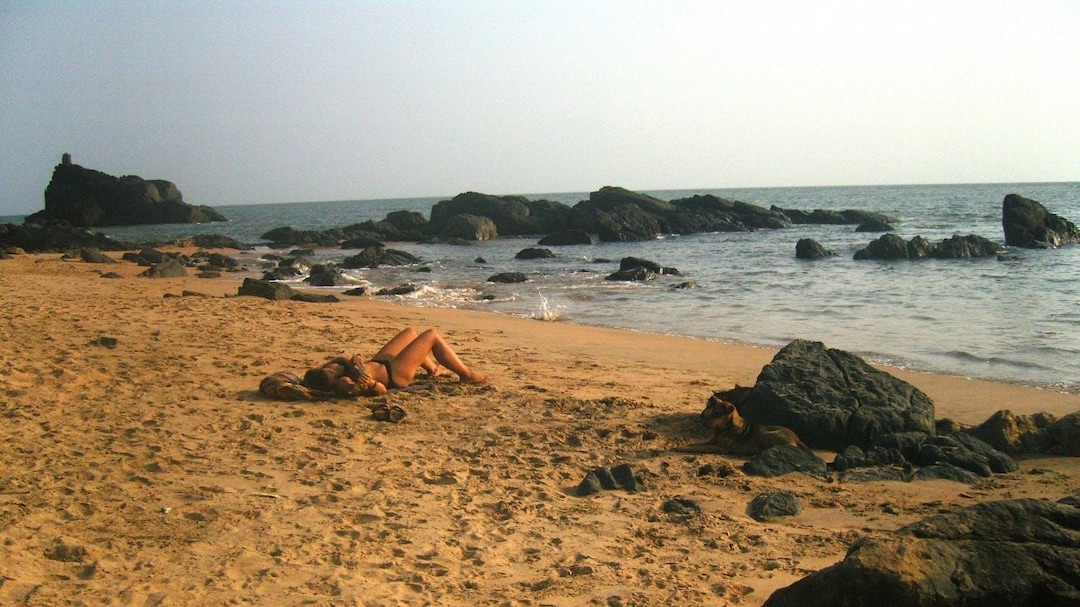 A small and holy, somewhat remote town in the Northern part of Karnataka is Gokarna, a place that will astound you with its beaches. Some of these beaches are counted among the country’s best! The town of Gokarna draws both hedonistic holiday-makers and pious pilgrims with equal enthusiasm. It is so much more than just a sightseeing place in Karnataka; it is a place you can escape to and experience tranquillity like no other! By the way, if you have ever fancied surfing, you could learn to do so here. Just catch a wave! 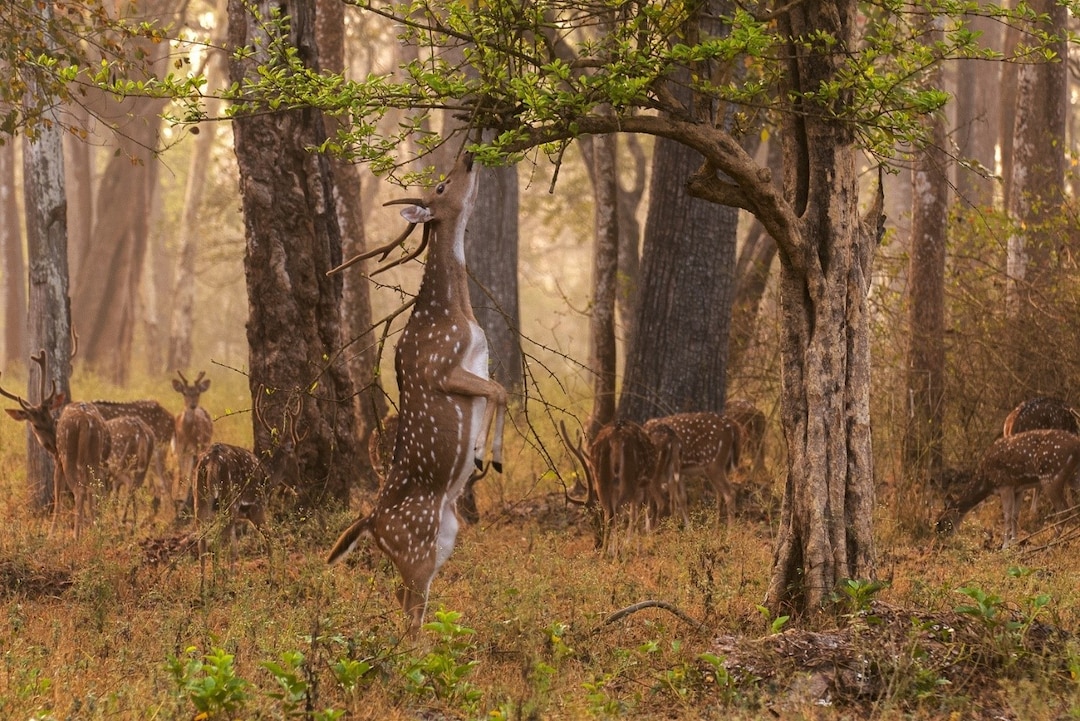 The Nagarhole National Park in Karnataka is, without a doubt, one of the best national parks that one can visit in India. Have you ever wanted to see the elephants up close in their very own natural habitat? If yes, well, lucky for you; you will be amazed to see how many elephants huddle up to drink water at the river bank. You will also, most certainly, spot more than a few antelopes in the National Park. The park is a paradise of unspoiled wilderness, serene forests, a tranquil lake, and bubbling streams. You would be on quite an adventure in Karnataka to go sightseeing in Nagarhole National Park. You could also explore the entire park on a Jeep safari or might as well go for trekking here; many do! 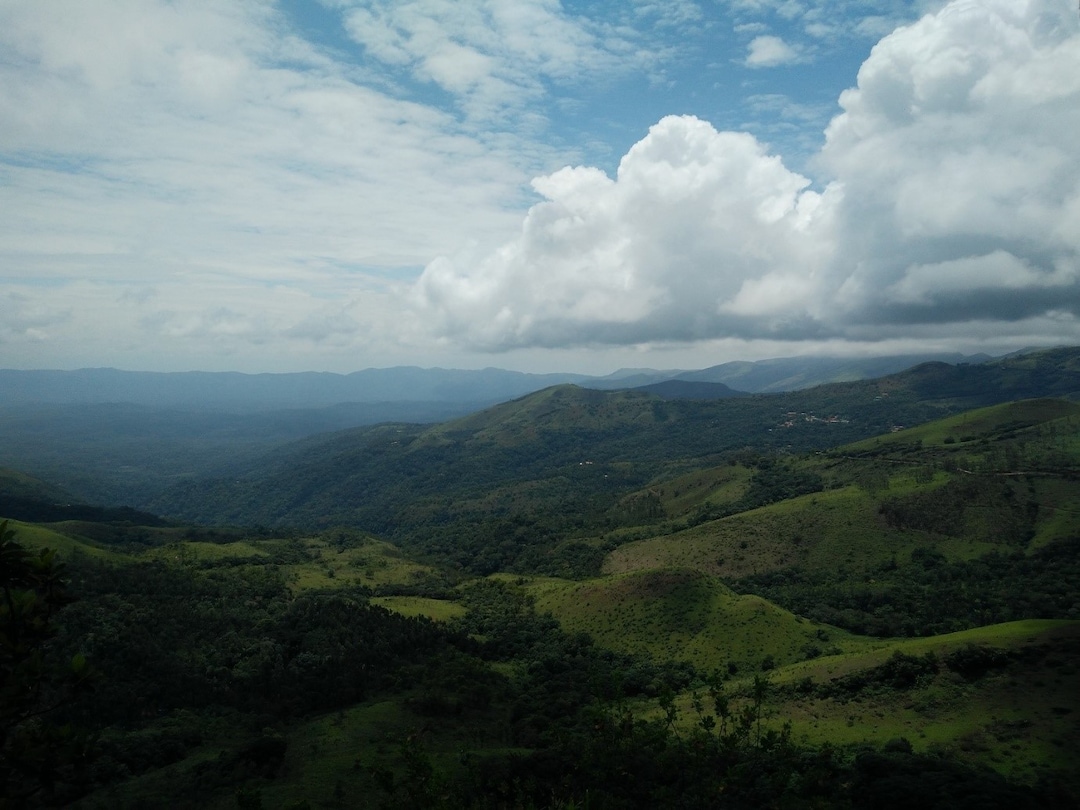 A destination that has become exceedingly popular with domestic tourists and is an eminent part of the Western Ghat of the Southwest Karnataka’s celebrated coffee district, Chikmagalur is a place full of surprises. Besides being one of the most visited sightseeing places in Karnataka among locals, Chikmagalur can also be seen as the trekker’s go-to place as you’d find abundant trekkers flocking here, in their pursuit to scale the Mullayanagiri peak (the highest peak in Karnataka). Several trekking trip organisers can help you do your trek here. After all, the region’s multifarious attractions including waterfalls, temples, and wildlife sanctuaries will make you want to explore Chikmagalur as much as you possibly could! Also, if you are on a lookout for a place where you can indulge yourself, you would find staying at The Serai quite indulging. 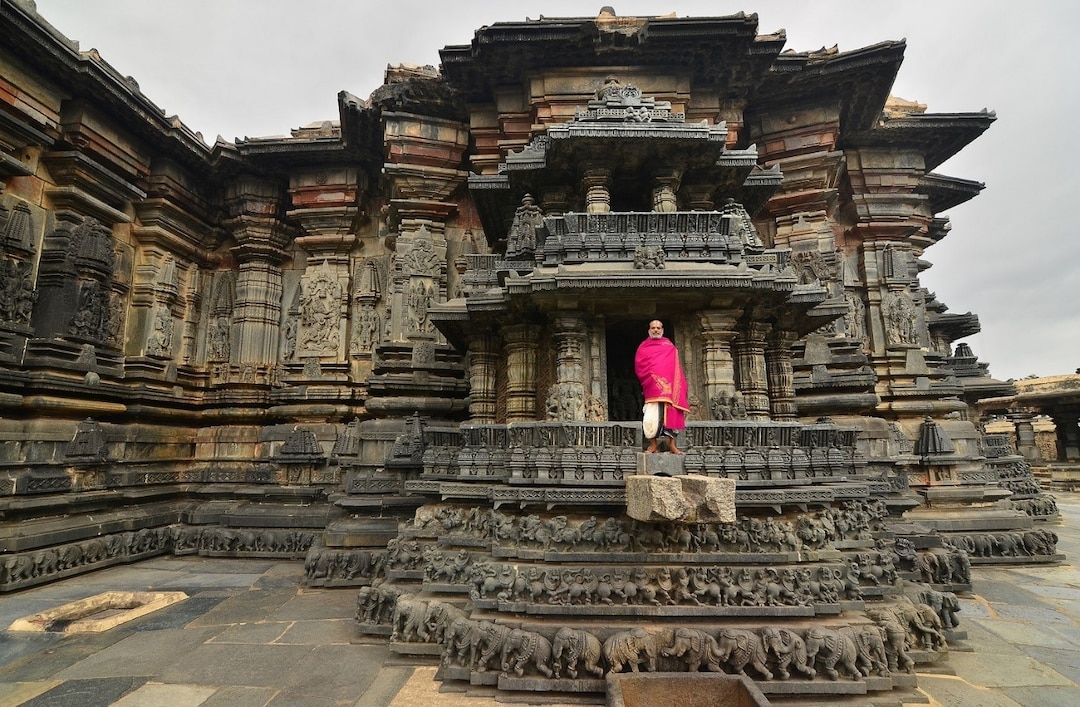 Only at a mere distance of 25 kilometres southeast of Chikmagalur, you would come across the epic and historic Belur that consists of some of the most illustrious and stupendous temples that once belonged to the Hoysala Empire. On the banks of the Yagachi River, the town Belur is just as mystifying as it is alluring; it is truly spectacular! These temples depict the artistry, finesse, and magnificence of the Hoysala architecture. The sight of the intricate carvings on these temples is something your eyes wouldn’t be able to get enough of! The most important temple built during the reign of the Hoysala’s was constructed in over 103 years to commemorate their victory over the Cholas. It was their grandiosity that left Belur with these wondrous architectures and earned the city a spot in the list of Karnataka’s best sightseeing places!

Sightseeing in Karnataka is as special as it can get. You are sure to find everything you expect and so much more! With that said, it is only fair that you get to experience it for yourselves. Go on then, book your tickets to Karnataka and be ready to be captivated like never before!