Italy has a bunch of reasons to draw a traveller’s interest. From its stunning scenery to its toothsome delights, Italy is a paradise for everyone! And when it comes to relishing the best of Italian cuisine, you might find it a little overwhelming as there are infinite Italian specialities that you can savour. From the cheese-topped pizza to the crusty focaccia bread, from the creamy risotto to the artisanal gelato, Italy offers it all and rightfully deserves the title of a food lover’s paradise. And if you wish to know more about some of the best regional dishes from Italian cuisine, read on: – 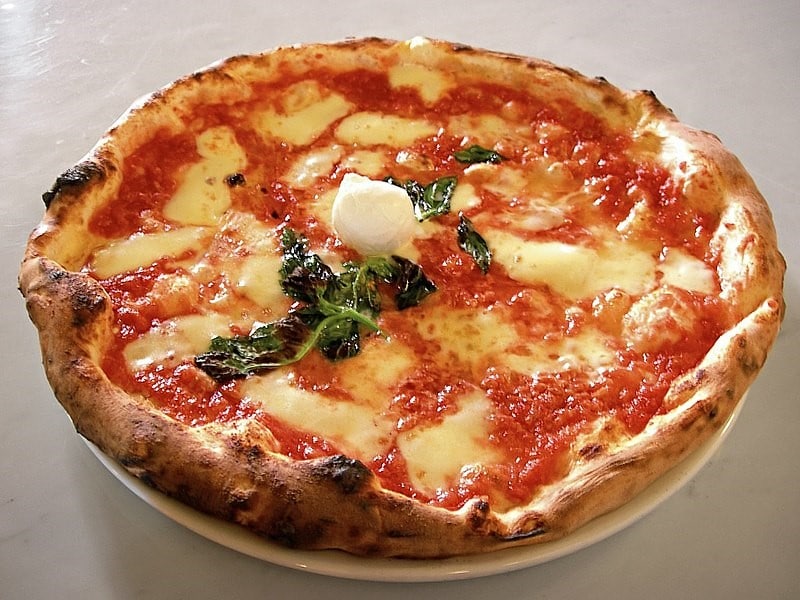 One of the simplest and the most authentic pizzas – the Neapolitan pizza is basically a flatbread that is topped with fresh ingredients including raw tomatoes, mozzarella cheese, extra virgin olive oil, and fresh basil leaves. Invented between the 18th and 19th centuries in Naples, the Neapolitan pizza is one of the iconic dishes in Italian cuisine. It is said that the pizza was prepared by Neapolitan pizza-maker Raffaele Esposito in 1889 in the honour of Margherita of Savoy (Queen consort of the Kingdom of Italy) when she visited the city. And thus, the Neapolitan pizza mirrors the colours of the Italian flag – red (tomatoes), white (mozzarella), and green (basil leaves). The list of Italian cuisine delights is incomplete without lasagne. Lasagne is one of the oldest pasta recipes. And the beauty of this classic dish is that it uses some of the most authentic and simple ingredients. Made with ragù (meat-based Bolognese sauce), Béchamel sauce, and Parmigiano-Reggiano cheese, lasagne is prepared by alternating layers of pasta sheets, meat, sauce, and cheese. Already hungry, aren’t you?! So, the next time you wish to relish some Italian delicacies, all you need is a lasagne over-loaded with cheese. A soft yet crunchy flatbread baked on hearth, Focaccia is one of the most popular and scrumptious breads in the Italian cuisine. Some of the main ingredients of this succulent bread are wheat flour, yeast, water, salt, and extra virgin olive oil while it is flavoured with herbs, garlic, tomatoes, and basil. Focaccia is often associated with Ligurian cuisine and is served as an antipasto or table bread in the households of Italy. Also, this bread can be turned into a wholesome meal when sliced in half and used as sandwich bread. Focaccia also makes for a palatable accompaniment to a bowl of soup or a salad and even a great addition to a bread basket. Cicchetti are small-sized snacks of baccalà mantecato (creamed cod) that are often served as side dishes in traditional “bàcari” (cicchetti bars or osterie). Cicchetti is one of the most delicious foods in Italian cuisine that usually includes miniature sandwiches, plates of olives or other vegetables, boiled eggs, seafood, and meat ingredients that are laid on top of a slice of bread or polenta. These are traditionally accompanied by ombra (a small glass of wine) by Venetians. 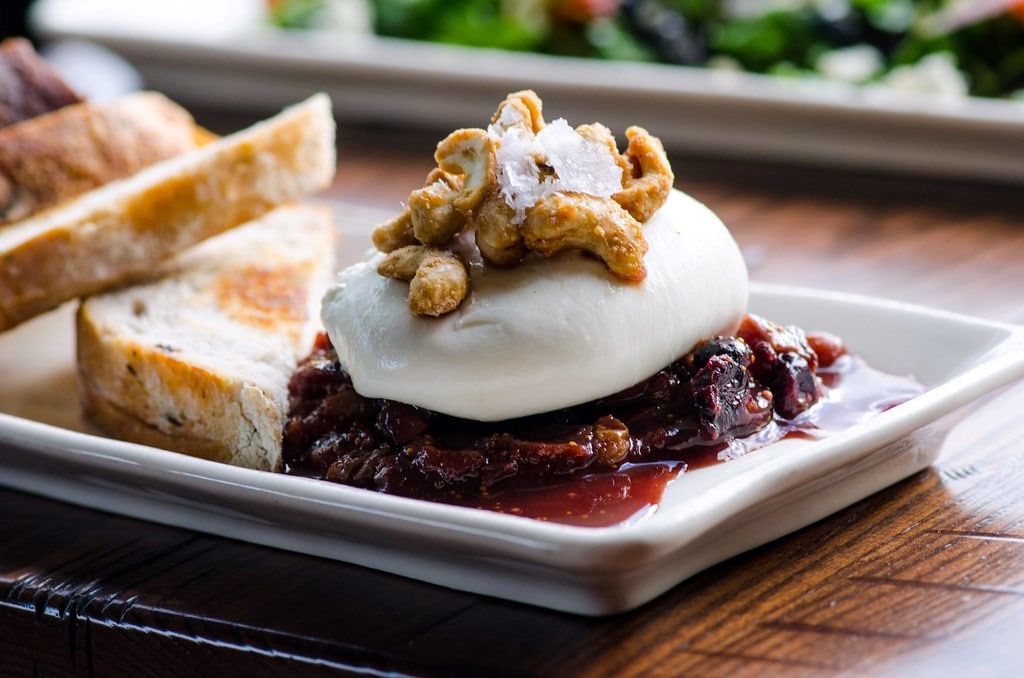 If you are a mozzarella-lover, Burrata is a must-try! Burrata is fresh Italian cow milk cheese that can be occasionally prepared with buffalo milk as well. While the outer shell of Burrata is mozzarella, the inside has stracciatella and cream. This gives it its peculiar soft and slippery texture. You can hire a travel guide in Italy to come across some of the best places for cheese tasting. Originated in Murgia (Puglia), Burrata is a rich, buttery artisanal cheese made out of good quality mozzarella and fresh cream. If you wish to relish best quality Burrata, it is advised to not store it more than a day. Burrata goes amazingly well with salads, pasta, sandwiches, and even with a piece of simple sliced crusty bread. Italy is the largest producers of rice in Europe. Ironically, Italians do not have a lot of rice dishes. But they surely relish Risotto, a creamy and velvety-textured semi-soup dish made of rice. One of the most popular Risotto recipes is the saffron-infused Risotto alla Milanese that was first prepared by a workman building the Milan Cathedral. They used saffron to dye the glass windows until they put a pinch of it in their rice. Risotto has to be one of the most versatile Italian dishes as Risotto can impeccably deliver a myriad of different flavours depending on the ingredients it is cooked with. Ossobuco is a Milanese veal shanks speciality cooked slowly in white wine, fresh veggies, and meat broth and seasoned with fresh lemon zest, garlic, and parsley (gremolata). Ossobuco translates to “bone with a hole” in Italian that refers to the bone marrow of the veal shank. This hearty, wholesome and delectable is a traditional recipe that was first prepared in the late 19th century in an osterie. The name Carbonara is derived from ‘charcoal burner’. Spaghetti alla Carbonara might seem a pretty simple dish with just a few ingredients. But it might take years to master the recipe. The recipe involves only a few ingredients including spaghetti, eggs, pecorino Romano cheese, cured guanciale, and seasoned with black pepper. Although there are a plethora of imitations of the recipe, if you ever get a chance to savour the authentic flavours of Carbonara, you are bound to fall in love with it. If you are travelling to Italy soon, be sure that your Italy tour package does include some of the best cafés that serve the most authentic Spaghetti alla Carbonara. Although Italians did not come up with the idea of ice-cream, they certainly made it a lot better with Gelato! Over centuries, artisans have perfected their recipes and prepared this creamy, custard-based ice-cream. Churned at a much slower rate, Gelato has lesser air and fat which make it quite denser than your usual ice-cream. Gelato is usually served at a slightly warmer temperature than ice-cream which gives it its silky and velvety texture. So yes, you can walk around the streets of Italy with a scoop of gelato in your hand. This is surely one of the best things to do in Italy! Another lip-smacking delight in this Italian cuisine list is Tiramisu! A portion of Tiramisu cake is all you need as your afters. Tiramisu translates to “pick me up” and we are sure that with just a glimpse of this mouth-watering delight, you would not be able to resist yourself to take a bite! Tiramisu is a no-bake parfait that has alternating layers of soft mascarpone cheese and coffee-soaked ladyfinger biscuits.

It is often remarked that the delicacies you savour in this country are as diverse as the places to visit in Italy. With not more than four major ingredients, each dish within Italian cuisine has a distinct flavour of its own. But, it is imperative to remember that it takes years to master these simple recipes. The cuisine has evolved over centuries and claims traceable roots as far back as the 4th century BCE. As far as our take on it is concerned, these famous delights in Italian cuisine will leave you yearning for more.