Italy is a boot-shaped peninsula that protrudes of southern Europe into the Adriatic Sea, Tyrrhenian Sea, Mediterranean Sea, and other water bodies. The birthplace of the Roman Empire and the Renaissance, the country is immersed in art and architecture. The Bel Paese (the Beautiful Country) has a lot to offer to globetrotters owing to its Sicilian seaside escapades and picturesque Tuscan hamlets, to name a couple of the many. The culturally homogenous country boasts of diverse dialects, scrumptious cuisine, and world-renowned fashion industry. And to give you a sneak-peek into the various tourist spots that a vagabond should never miss, we have curated a list of the best places to visit in Italy that feature beautiful coastlines, alpine lakes, mountain ranges, and timeless architectural sites. Before we get started, don’t forget to explore our package holidays to Italy! Rome tops the list of places to visit in Italy for a bunch of reasons. Apart from being the capital of the country, Rome houses the relics of some its ancient glories like the Forum, the Pantheon, the Appian Way, the Palatine Hill and the most legendary, the Colosseum. You can also unwind in the Borghese gardens, explore the Sistine Chapel and Michelangelo’s Pieta, relish some Italian food, and gelato at the Spanish Steps. Also, do not forget to shop at Via Veneto and toss a coin in the Trevi Fountain. 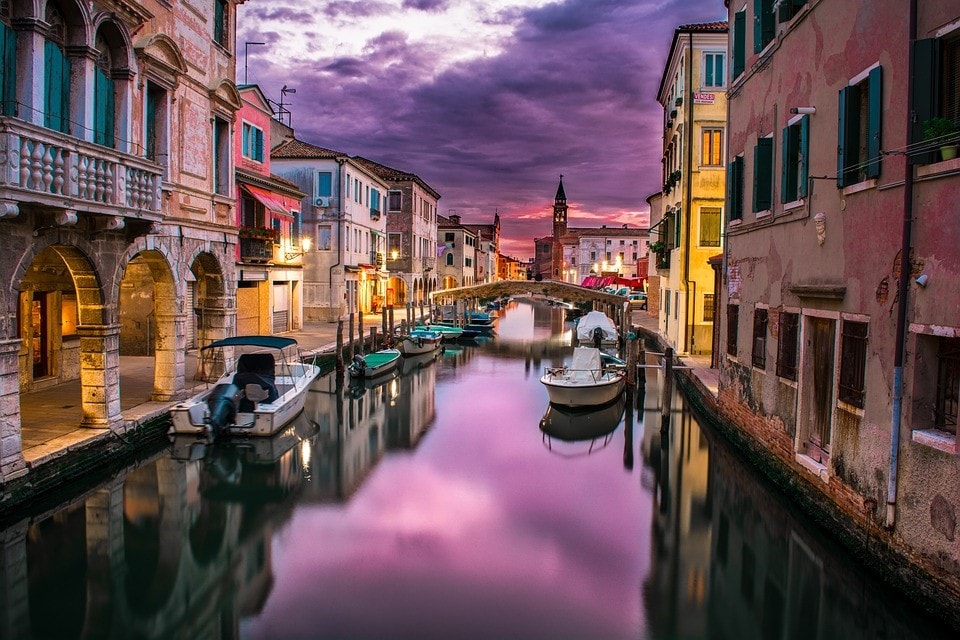 Venice, the capital of northern Italy’s Veneto region, was built over small islands in a lagoon in the Adriatic Sea. The city has no roads, which means you will not see any motor vehicle around. On the Canal Grande, one can find boat docks lined up just like bus stops. One can even hop on a water taxi or the famous Venetian gondolas that will help you reach the beautiful places in this lovely city within Italy. 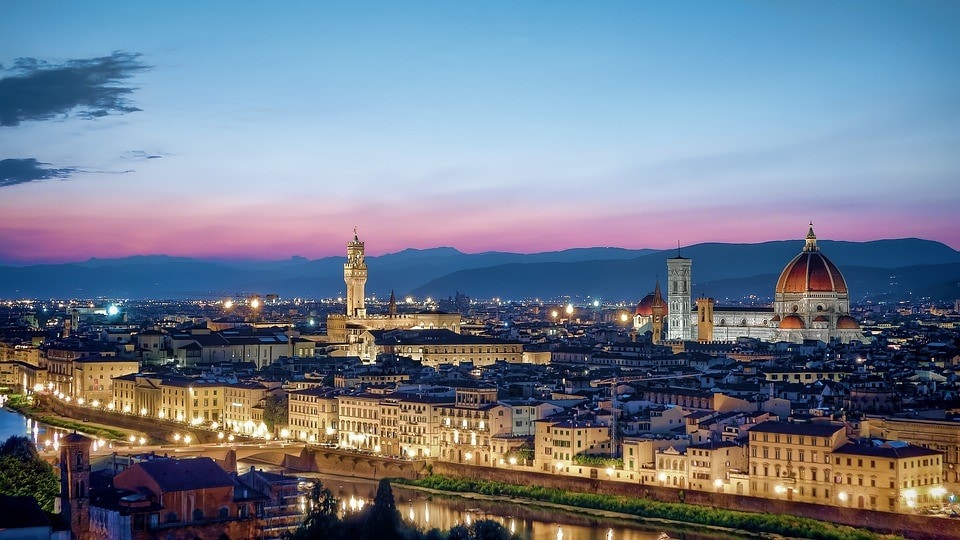 The Cradle of the Renaissance, Florence often appears as the city-sized personification of an art museum, which makes it one of the best places to visit in Italy. This is down to the masterpieces created by the world’s greatest artists such as Michelangelo, Brunelleschi, Leonardo da Vinci, and Galileo. The Duomo, Cathedral of Santa Maria del Fiore, is a landmark that represents world-class architecture and is one of the best tourist places in Italy. Known for its gourmet Tuscan and Florentine cuisine, most of the dishes are prepared with locally found fresh ingredients. 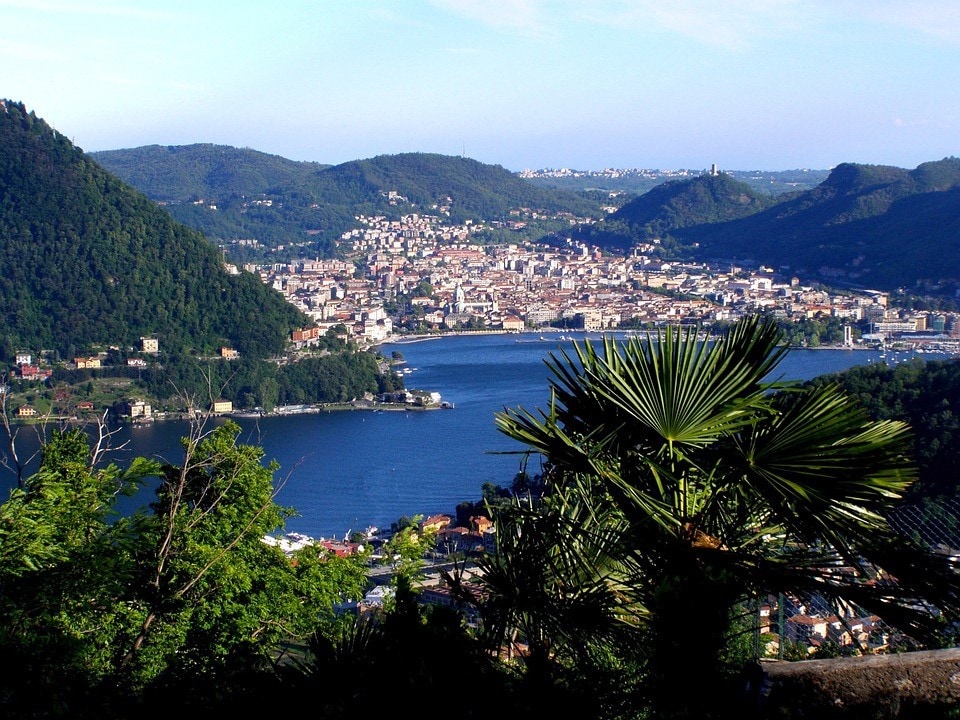 Set behind the snow-covered Rhaetian Alps and sheathed in on both sides by wooded hills, Lake Como is another one of the beautiful places in Italy that offers a spectacular scenic view. With extravagant villas, dreamy bougainvillea, and striking Alpine sights, this is one of the places you need to see in Italy. The Lago di Como lake is shaped like an upside Y letter which is encircled with verdure, luxurious villas, and stunning villages embracing the shores. 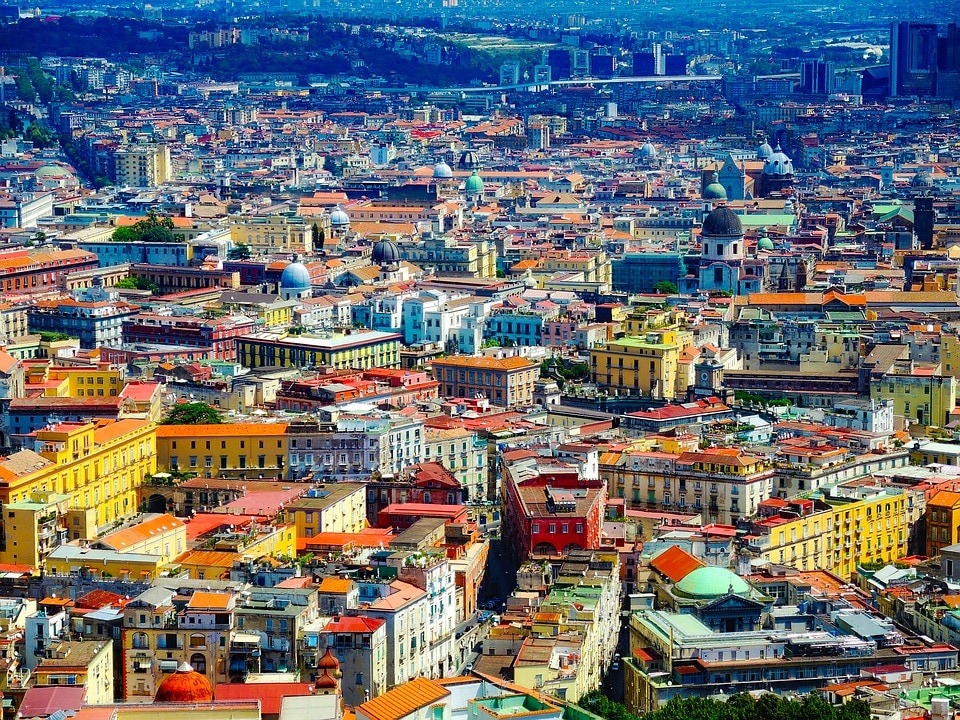 Brimming with gelato-colored houses, Naples is one of the most scenic places to visit in Italy. The city prides in its art and architecture that dates back to 2nd millennium B.C. Nearby is the Mount Vesuvius which is still an active volcano. When in here, you can explore frescoes and murals at the city’s cathedral, the Duomo di San Gennaro. Also, do not forget to relish authentic Italian cuisine in Naples which is the birthplace of pizza and spaghetti. Milan, also known as the global capital of fashion, serves as one of the best spots for luxury shopping while also marking its presence as one of the best places to visit in Italy. Milan is known for its upscale restaurants and cafés that serve classic Milanese food such as osso buco veal stew and risotto. Also, do not forget to have a look at Leonardo da Vinci’s mural, “The Last Supper” at The Gothic Duomo di Milano cathedral, and the Santa Maria Delle Grazie convent. And if you time your visit right, you can be a part of the famous Milan Fashion Week that takes place twice a year when the Quadrilatero d’Oro fashion district buzzes and runways take centre stage. 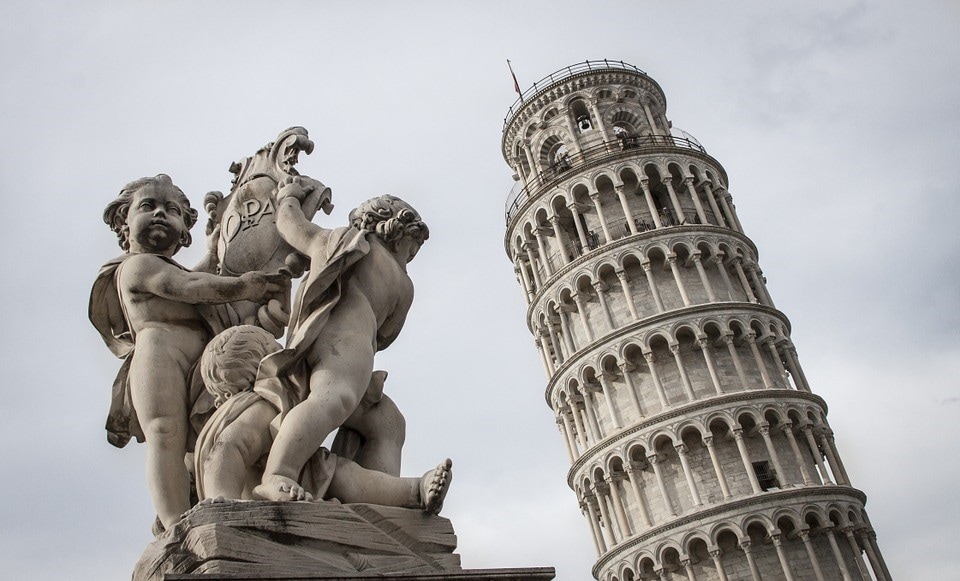 The city of Pisa, located in the Tuscany region, is famous worldwide for its quintessential Leaning Tower. The popularity of this site alone makes it a must-visit place in Italy, but fret not as there are many other things to do. Take a walk through sites such as The Baptistery, Campo Santo, and Cathedral of Santa Maria Assunta that are located along the embankments of the Arno River. You can go for shopping at the main shopping street, Corso Italia, or relish the Tuscan cuisine. 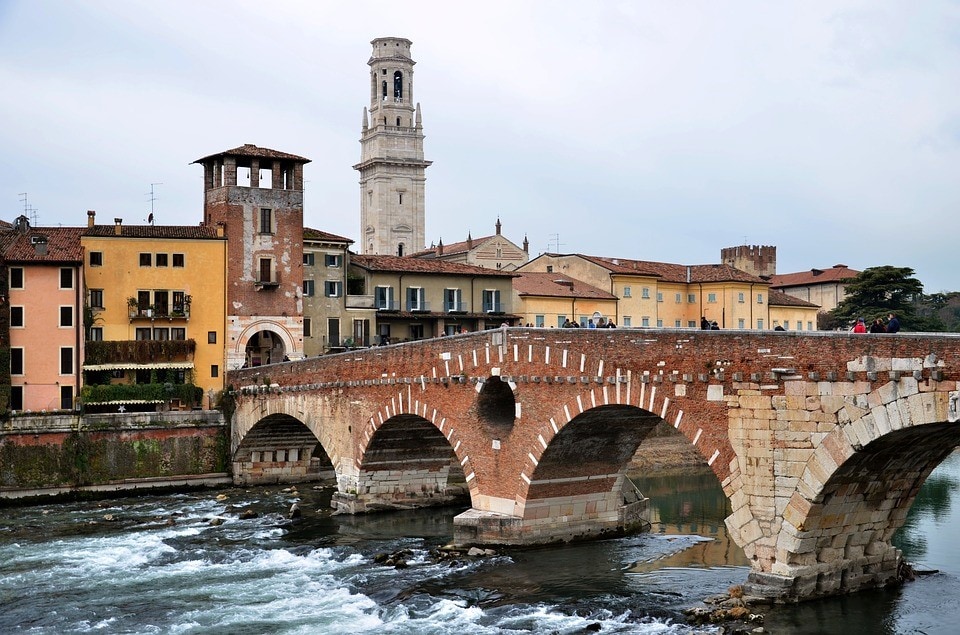 Verona, a prominent name among tourist places in Italy, is a city in northern Italy’s Veneto region that has a medieval old town built amidst the meandering Adige River. The city is renowned for being the backdrop of Shakespeare’s “Romeo and Juliet”. Also, the 14th-century house with a tiny stone balcony overlooking a courtyard is believed to be “Juliet’s House”. Many couples come here to celebrate the eternal love of Romeo and Juliet. In fact, one can even attend some concerts or opera performances at the Verona Arena which is a 1st-century Roman amphitheater. Since Italy is shaped like a ‘boot,’ Sicily can very well be referred to as the ‘toe’ of the boot. Sicily is the largest Mediterranean island which reflects its rich culture in its Valley of the Temples, the Byzantine mosaics at the Cappella Palatina, and the well-preserved relics of 7 monumental, Doric-style Greek temples. You can also come across Mount Etna which is one of the highest active volcanoes in Europe. After this, you can unwind at the sandy beaches here and relish some Sicily specialties such as arancini, caponata, and cannoli. There’s a lot going for Sicily as one of the top places to visit in Italy. Capri, known as the Isle of the Sirens in Greek mythology, was a preferred resort to the Roman monarchs. The luminosity of the Blue Grotto, Palazzo al Mare, and the prominent Faraglioni rocks make this place a lot more dreamy and enchanting. While exploring the famous Faraglioni rock formations, you can take a look at the Punta Carena that houses a striking lighthouse. A highly recommended place to visit in Italy, one should definitely stop at the famed main square which is known as the Piazzetta, when here. You may grab a cup of your morning espresso or even get an aperitivo cocktail in the evening with your friends.

Also read – How to Plan an unforgettable Italy Trip on Your Own?