Today, people from all over the world visit India for adventurous activities and rejuvenating vacations in the abode of nature. With the discovery of majestic and exploratory trekking trails in India, the country is witnessing more and more trekkers, and we are glad about it!

Right from college students to corporate workers to retired officers, the adrenaline rush for exploring India’s beautiful trekking trails is unparalleled! As a matter of fact, these trails are not limited to the hilly areas only. Although the northern region houses a number of trekking places in India, the north-east and south regions don’t lag either. Ranging from easy to moderate to hard, there’s a trekking trail for every level. However, the ‘one characteristic’ that is common in all of these trails is serenity. Located in some of the most amazing places in India having breathtakingly picturesque views, you are definitely in for the best adventurous vacation of your life. Here are the 10 best treks in India that you must go for at least once (although, you might end up going there over and over again): – 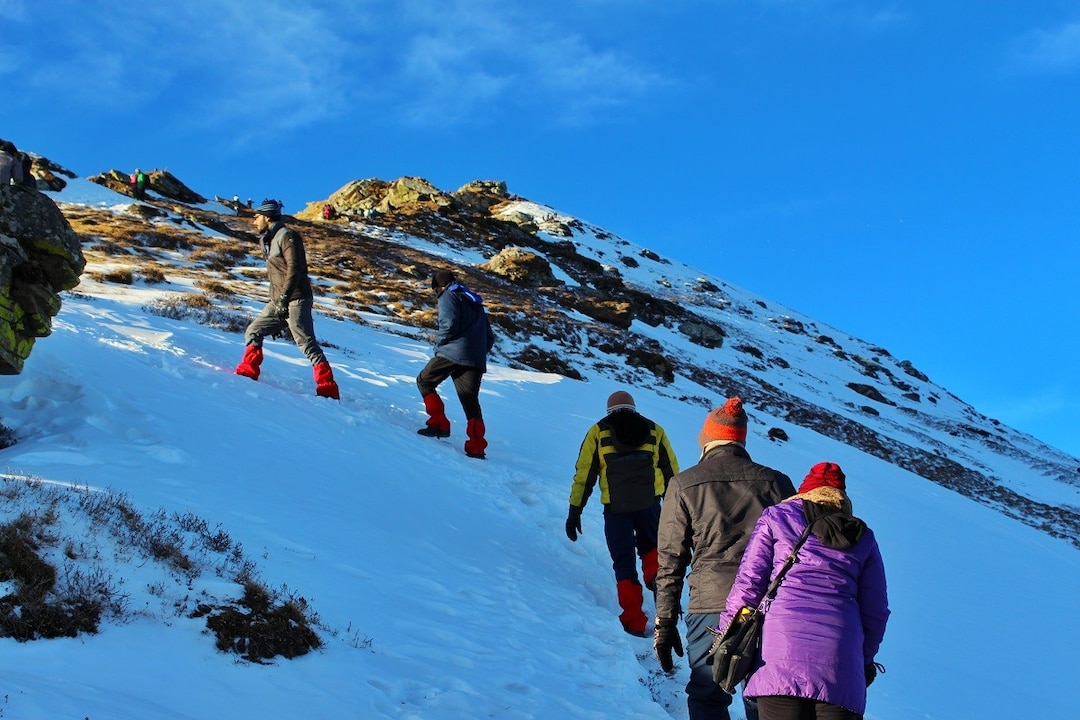 One of the hidden trekking places in India that many aren’t aware of is this beautifully serene trail. Located in the Garhwal Himalayas in the state of Uttarakhand, the Kedarkantha Trek is going to give you a splendid time in the lap of Mother Nature. The trail leads to a tall summit of 3,850 metres that passes by the Govind National Park. This park is known for its exclusive glimpse of Himalaya’s flora and fauna and offers the majestic view of the Swargarohini, Bandarpoonch, Black, and Ranglana peaks. This trekking trail, if visited in the summer, gives an unending view of the lush green meadows and if visited in the winters, it offers a snowy white blanket that will please your eyes with some terrific sights. Known to be one of the most difficult treks, if you think you have a heart for taking up challenges, make sure you include the Chadar trek in your adventure tour package. Also known as the Zanskar Trek, this trekking trail is amazingly intense since you have to trek over the Zanskar River! The Chadar Trek is conducted only during the winter season when the Zanskar River becomes a thick sheet of ice because of the chilling temperature. Located in the beautiful union territory of Ladakh, the trekking starts from Chilling and continues till Lingshed. The region records the lowest temperature, making the Chadar Trek one of the most challenging high-altitude treks in the world. This trek always finds its place in the top 10 treks in India. One of the most famous treks in India, the Valley of Flowers is a trail that will bloom your heart with the eye-pleasing colourful sights that it offers. Located in the state of Uttarakhand in Chamoli district, the Valley of Flowers is a UNESCO World Heritage Site that houses more than 300 kinds of alpine flowers. The biodiversity of this place has been successfully preserved which, in turn, has contributed to making it one of the best trekking trails in India. Beginning from the place named Ghangaria, you will trek to witness the colourful meadow of flowers of different varieties and species. Best visited in the monsoon season when the flowers are at full bloom, the Valley of Flowers is a trek that must be done. 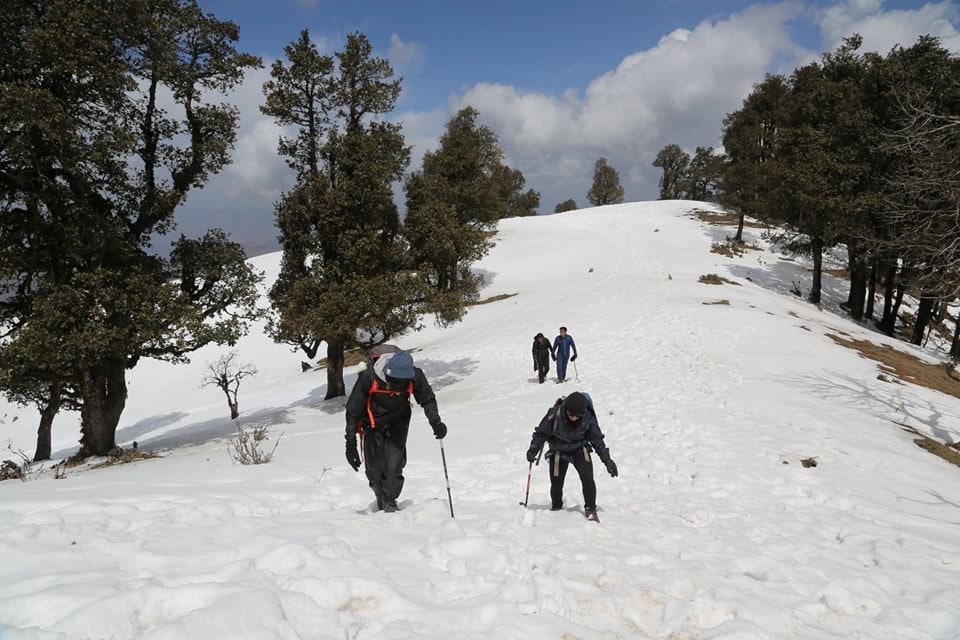 Known as the Serpent’s Peak, this is one of the best treks in India for those who are starting their journey in trekking. Located again the state of Uttarakhand, the Nag Tibba trek has a circular trail. The starting and finishing point of this trek is different from each other and the trail doesn’t overlap at any point whatsoever. Starting from the Pantwari hamlet in the Dehradun-Mussoorie district, the trail leads to the temple that’s dedicated to the Serpent God. With extremely scenic beauty surrounding the trek, you will walk down the trail with a landscape of dense lush green forest of Oak, Cider, Alpine, and Rhododendron trees. Such amazing trails undoubtedly make Uttarakhand one of the best places to trek in India. Now, if Uttarakhand has the Serpent’s Peak, then ‘God’s Own Country’ Kerala has the Chembra Peak. Like said before, even the southern region of India houses a number of trekking trails and this one is just an example of the beauty that nature has blessed upon India. Located in Wayanad, the trek starts from the Mepaddy near the Kalpetta and you have to make your way through the large tea plantations with the mist of clouds passing in the sky. Also, on your way to this beautiful Chembra Peak, you will come across the picturesque heart-shaped lake that will leave you mesmerized. Elevated at a height of 2100 metres above the sea level, the Chembra Peak exemplifies what trekking in Kerala is all about. One of the highest peaks in the Garhwal region, the Nanda Devi trek is yet another one among the best trekking places in India. The peak is perched at an elevation of 7816 metres and offers a mesmerizingly pristine view to the trekkers. On the trail, you will come across the Nanda Devi National Park that houses some of the most unique Himalayan flora and fauna. The Nanda Devi trail is touted to be between moderate and hard on its difficulty scale, where you will be walking along the Himalayan foothills that are surrounded by many rivers, streams, and glaciers. The pristine beauty of this place has made Nanda Devi one of the top 10 treks in India. 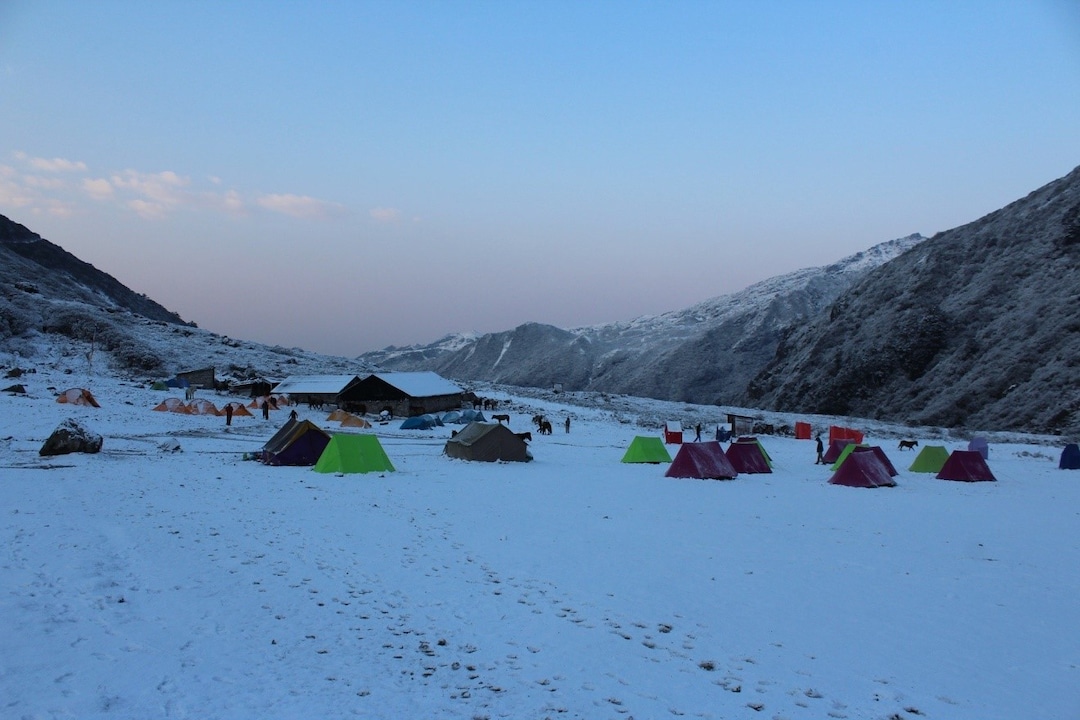 If trekking places in India are being spoken about, how can Sikkim be missed? Offering a very different sort of trekking experience to the trekkers as compared to the northern trails, the Goecha La Trek is yet another challenging trek in the country. Located at an elevation of 5,600 feet, the trek starts at Yuksom where you have to pass through places like Tshoka, Sachen, Dzongri, and Thansing to reach the Goecha La summit. The trek is surrounded by the Rhododendron forest, lovely streams, and lush meadows, and is undoubtedly one of the most beautiful treks in India. Tucked away in the lap of the beautiful Garhwal Himalayas (yet again), the Bali Pass trek is supposedly one of those hidden trekking spots in India which have the capability of getting you mesmerized with its view in just a fraction of seconds. Amalgamated beautifully with nature and adventure, the trek starts from the scenic Sankri Village and passes through the Ruinsara Valley, the beautiful pastures of Devsu Thach, and the confluence of the Tons and Ruinsara Rivers. The Bali Pass has an elevation of 4939 metres, offering a splendid view of the Kalanag, Swargarohini, and Bandarpoonch peaks. That being said, trekkers can also visit the ancient villages of Osla and Gangad during the trek. The majestic beauty that the trail offers surely makes the Bali Pass trek one of the best trekking trails in India. 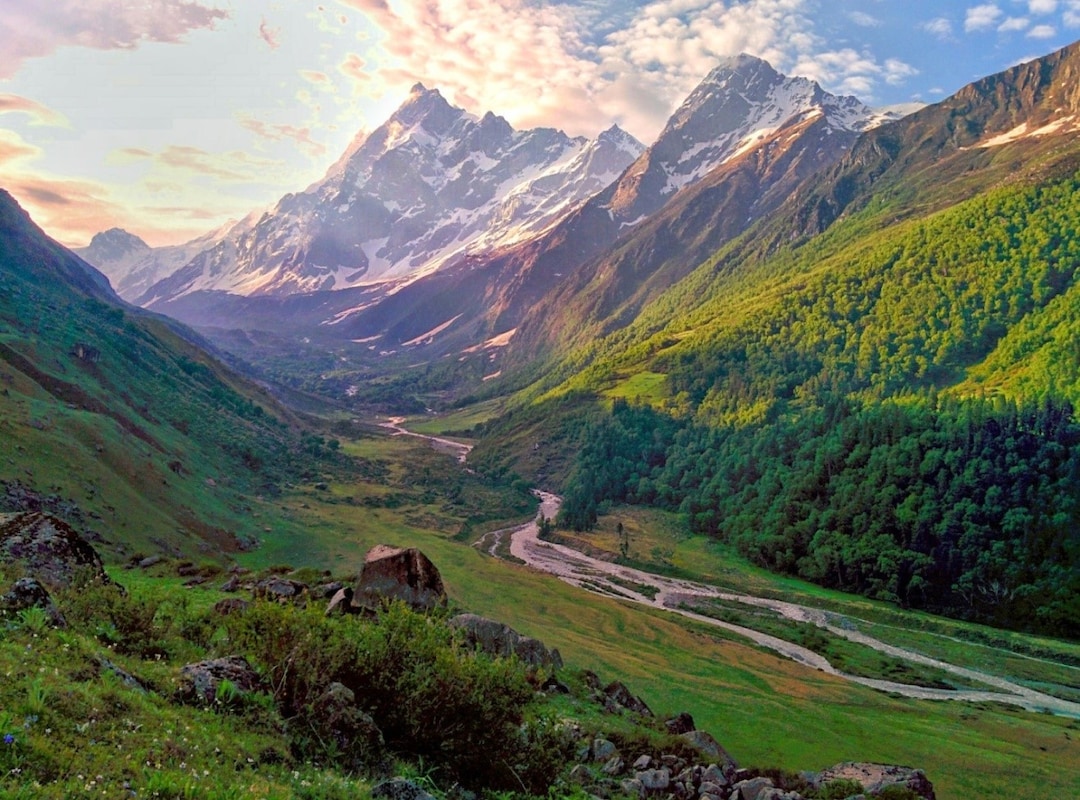 Yet another famous trek in India, the Har ki Doon trail is all about rekindling with your inner self. Located in the centre of a cradle-shaped valley, the history of Har ki Doon predates to the age of the Mahabharata and is an important place as per the Hindu mythology. The trail is also known as the Valley of Gods that rewards its visitors with some of the most spellbound views of the mountain ridges, glaciers, mysterious caves, and ancient temples. Embraced with lush greens and picturesque alpine meadows, the Har ki Doon is a definitely one of the must-visit trekking places in India. Lastly, another one of the best treks in India that are located in the Ladakh Himalayan range is the Markha Valley Trek. The trail passes through quaint mountain passes, monastic settlements, and alpine meadows of Nimaling. It starts from the Kang Yatze Peak and ascends to the Kongmaru La which is the highest point on the trek. The trek offers an impressive view of the Karakoram Range and also the K2 peak.

While these were the top 10 treks in India, there are more treks to go to than you think! There’s Kheerganga Trek, Beas Kund Trek, Chopta Valley, and many other trekking places in India that can be included in your India tour packages.