Blog › Top 10 Best Museums In France You Should Visit 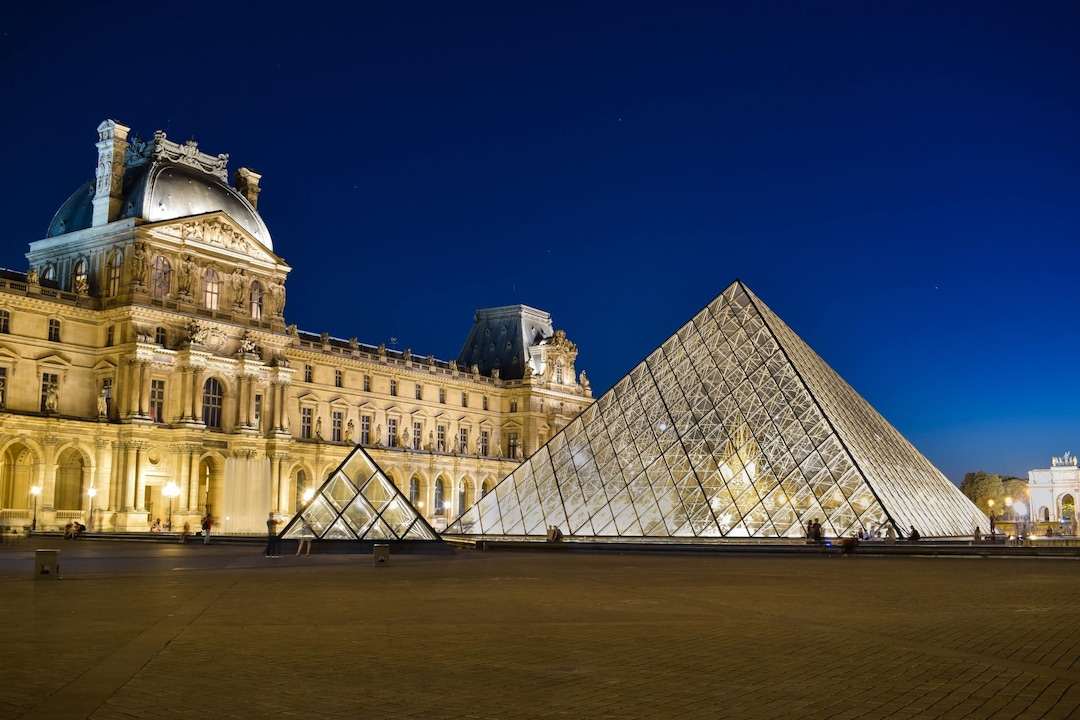 Top 10 Best Museums In France You Should Visit

France is the world’s leading travel destination that offers a fabulous historic heritage. Tourist attractions in the country illustrate the history of the human race, right from the prehistoric sites of Cro Magnon to the splendours of Versailles. Every building, palace, monument, and even the streets in the country reflect the true essence of French culture and traditions.

All this incredible work is exhibited at the beautiful museums in France, attracting history buffs from around the world.

If all this seems to interest the traveller in you, here are the 10 famous museums of France to include in your travel itinerary. 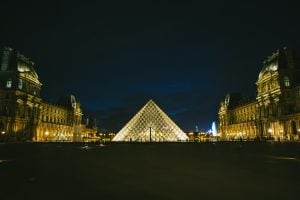 The Louvre is the world’s largest museum in France with some of the most impressive art collections from history. It is a palace museum that sits along the banks of the Seine River in Paris. Originally a fortress built in 1190, the building was reconstructed in the 16th century to serve as a royal palace and then a museum.

As one of the famous museums of France, The Louvre is home to various art, academics, architecture and so on. The displays are divided into eight departments: Near Eastern Antiquities, Islamic Art, Sculptures, Greek/Etruscan & Roman Antiquities, Egyptian Antiquities, Paintings, Drawings and much more. It regularly organizes exhibitions to attract visitors and contribute towards tourism in the country.

Opening hours: The museum is open for visitors from 9 am to 6 pm on Monday, Thursday, Friday, Saturday and Sunday. On Wednesday, it is open till 10 pm and closed on Tuesday.

Musee d’Orsay is one of the famous museums of France, located on the banks of the Seine River in Paris. It is an age-old museum restored from a national monument of France with some of the eminent artwork of Jean Auguste, Johan Barthold Jongkind, Berthe Morisot and Eugene Carriere on display. Besides, the museum is internationally renowned for its collection of impressionist art that represents all expensive forms from paintings to architecture, sculptures and decoratives.

The museum is housed inside an old railway station named Gare d’Orsay and is among the charming places to visit in France.

Opening hours: The museum is open for visitors from 9:30 am to 6 pm on all days except Thursday, when it closes at 9:45 pm.

The national military museum of France, Musee de L’Armee is located at the heart of Paris and opened to the general public in 1905. The museum has objects and artefacts of the French army that attracts history buffs from around the world. Its collection includes armours, weapons, private uniforms, crown collections, marshals, ceremonial swords, and paintings that represent French war history.

Musee de L’Armee museum is housed in Les Invalides, a palatial building that contains various exhibits and monuments related to the history of France.

Opening hours: The museum is open for visitors from 10 am to 6 pm all days of the week.

Musee Rodin is another interesting museum in France. The museum is housed in a vintage building and dedicated to the French sculptor Auguste Rodin. Its building features artistic decorations and spacious galleries with about 8000 paintings, 6600 sculptures, and 7000 other objects on display. Besides, the museum also exhibits an impressive archive of war photographs

The museum’s building is surrounded by a luxuriant garden and a small lake, which makes it an amazing sightseeing spot to explore on your trip to France.

Opening hours: The museum is open for visitors from 9:30 am to 6 pm on all days except Thursday, when it closes at 9:45 pm.

A famous art museum in France, Musee Jacquemart is located at 158 Boulevard Haussmann in the 8th arrondissement of Paris. Originally a private home, the building was redesigned into a museum to display the art the homeowners collected during their lives.

The museum is divided into five major parts: a state apartment, an informal apartment, a winter garden, an Italian museum and a private apartment. It features marvellous artwork displays, including paintings, sculptures, and more from eminent French artists.

Opening hours: The museum is open for visitors from 10 am to 6 pm on all days except Monday when it closes at 8:20 pm. 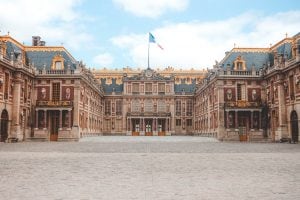 Among the famous museums in France, the Palace of Versailles features art, artefacts, paintings, and sculptures of French rulers, representing the true essence and spirit of the medieval and renaissance period. Besides the objects on display, the museum’s gorgeous structure surrounded by musical fountains, sprawling gardens, and artistic decoration makes it a must-visit in France.

What makes it among the famous tourist attractions to include in your France tour package is the fact that it served as a home to the Kings of France between 1662 and 1789.

Opening hours: The museum is open for visitors from 9 am to 5:30 pm on all days of the week except on Monday. 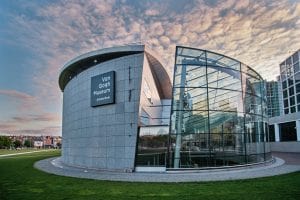 The Van Gogh Museum is among the famous museums in France that features one of the most important collections of French prints that dates back to the second half of the 19th century. This collection is considered one of the largest collections of Van Gogh’s creations in the world with 200 paintings, 400 drawings and 700 letters. Besides, the museum features notable artworks by Van Gogh from the impressionist and post-impressionist movements.

The Van Gogh Museum is located at the Museumplein in Amsterdam-Zuid, and consists of two buildings: The Rietveld and The Kurokawa interconnected via a tunnel.

Opening hours: The museum is open for visitors from 10 am to 5 pm on all days of the week except Saturday and Sunday.

A contemporary art museum in France, Galerie Tapiezo is one of its kind that displays innovative paintings of French artist Tapiezo. Besides paintings, totem sculptures, and hieroglyphs, the artist is also known for his offbeat creations with sands and natural pigments that are also a part of the museum’s collection.

Opening House: The museum is open for visitors from 11 am to 5 pm on all days of the week except Sunday.

Carrieres de Lumieres is among the must-visit places in France. This exclusive museum features paintings and sculptures of great artists, including Picasso, Raphael, Michelangelo and others projected and displayed with multimedia effects and music.

This multimedia exhibition offers a unique experience to its visitors that equates to walking into a giant cavern decorated with arts and artefacts. The images move, fade, explode, creating a magical effect that cannot be missed when in France.

Opening Hours: The museum is open for visitors from 10 am to 6 pm on all days of the week.

The Airborne Museum was built to honour the American paratroopers who parachuted into Normandy. The museum’s main building is constructed in the shape of a parachute and comprises an authentic Waco glider. It displays cargo planes, uniforms, ammunition and other objects used by warriors during World War II. Other attractions at the museum include the helmet of General James Gavin, the jacket of General J. Laton Collin and the C-47 cargo planes.

Opening Hours: The museum is open for visitors from 10 am to 6 pm on all days of the week.

We are sure this list of amazing museums in France will incite and intrigue the history buff in you. Right this way for the best France tour packages. 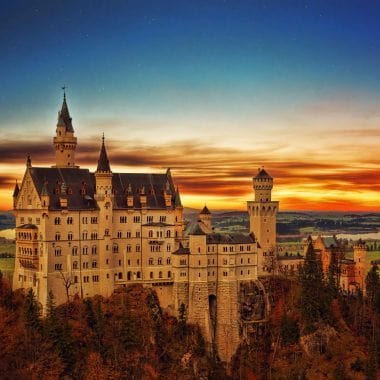 10 Most Beautiful Castles in Germany 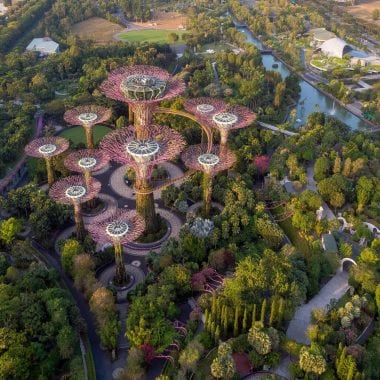 Gardens by the Bay, Singapore: Tickets, Location and Attractions