Blog › Mehrangarh Fort of Jodhpur – All You Need To Know 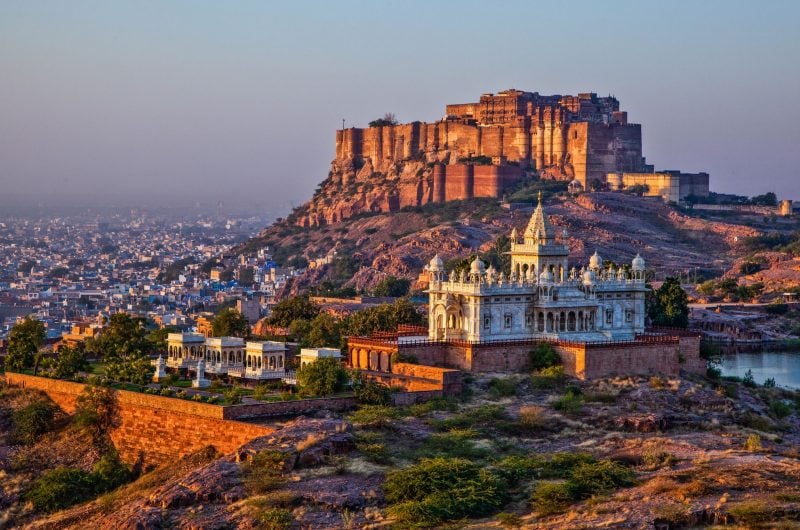 Mehrangarh Fort of Jodhpur – All You Need To Know

Jodhpur is a city of plush palaces and mighty forts that are testimony of its rich history and culture. Visits to these places bring alive the vibrant heritage and glorious traditions in the form of painting, statues, arts & artefacts standing sturdy since the bygone era. These colossal forts and palaces have been a witness to the rich legacy of the royals of Jodhpur, be it their inspiring love stories or intense war affairs.

One such attraction of Jodhpur is the Mehrangarh Fort that has an interesting history attached to it. So, let us begin exploring.

The History Of Mehrangarh Fort in Jodhpur

Set atop a hill named Bhakurcheeria (the mountain of birds) at a height of 410 feet above the city of Jodhpur, Mehrangarh Fort is among those attractions that hold the pride of the city because of its splendid architecture and diverse history. The fort is among the most formidable and magnificent forts and palaces in Rajasthan that were built by the royals.

The Mehrangarh Fort was built in the year 1459 by Rao Jodha, the ruler of Mandore and the founder of the city of Jodhpur. Whilst building the city, he realized that the location is safe, isolated, and hence apt to be his capital. That is when he decided to build a massive fort spread over an area of 5 km with a height of 125 m to keep his loved ones and the people of his kingdom safe from invaders.

Legend has it that Rao Jodha had to forcefully relocate a hermit named Cheeria Nathji from the hill to build the fort, which ended him up with a curse. The hermit cursed that the fort will always suffer from the scarcity of water. In an attempt to get rid of the curse and appease the hermit, Rao Jodha built a temple and a house for him within the fort. There are other stories around the process followed by the king to reduce the effect of the curse. Some say that he buried alive a common man named Raja Ram Meghwal in the fort’s foundation to nullify the impact of the curse. Since the man agreed to give up on his life, the king promised to take care of his family throughout their life.

Rumours or truth, the Mehrangarh fort remains to be a popular attraction and one of the best places to visit in Jodhpur.

Paying an ode to the Rajputana grandeur and their architectural brilliance, the Mehrangarh fort boasts of a history of over 550 years.

There are seven gates that serve as an entrance to the fort. Each of these gates was made by different rulers during their reign and represent the honour of their victory over the Bikaner and Jaipur armies. The fort’s structure was built over a period of 5 centuries, starting from the mid 15th century to the late 20th century. This, in turn, resulted in the architectural influences from different eras, giving it a unique charm.

Further, the entire structure is surrounded by walls that are 117 feet long and 70 feet wide. At some places, the walls rise up to a height of 120 feet, which enhances the beauty of the overall structure. However, the purpose of this elevation was to ensure the safety of the people living within the premises back then.

Today, Mehrangarh Fort is among the most visited places and a part of all Jodhpur tour packages. Apart from being a place of historical importance, its expansive courtyards and a spectacular view of the city is what attracts visitors from all over the country and the world. Further, there are regular events, including exhibitions, folk dances and other cultural performances that add to the glory of the place.

The major attractions of the fort that one must pay a visit to, include:-

Located within the fort premise, Chokelao Bagh was constructed by Maharaja Abhai Singh in the year 1739. Further, in the year 1844, Maharaja Takht Singh made a few changes to its structure to make it a suitable place for him to spend his leisure time.

The bagh comprises colourful flowers planted on the upper terrace. Its structure is such that it makes it feel like a colourful garland over the lush green garden, named the Mehtab Bagh. Besides greenery, the Mehtab garden has white chandani flowers that make it look mesmerizing under the moonlight.

An interesting fact about the Chokelao Bagh is that most of its flowers can stay fresh and blooming for a long time without regular watering. Further, visitors can relish this natural beauty by dining at the on-site restaurant whilst savouring delicious local delicacies.

The bagh is open from 9 am to 5 pm. Visitors have to pay a minimal entry fee of Rs 30 to be able to enter the bagh.

Mehrangarh Museum is managed by the Mehrangarh Museum Trust. It is housed inside the fort and exhibits a rich collection of palanquins, royal cradles, furniture, arms, costumes, musical instruments, artefacts, paintings and more. The galleries at the museum include:-

Besides, the Mehrangarh museum also has a small shop for visitors to buy souvenirs.

Ziplining tours are organized at the Mehrangarh fort to offer a thrilling experience whilst enjoying the majestic views of the fort and the city, including battlements, lakes, gardens and more.

Here are the inclusions,

The timing for the ziplining tour is from 9 am to 5 pm. It takes about 45 minutes to complete the entire tour. The cost of the tour is Rs 1400 onwards per person. This may further inflate depending on the session time and the number of zips.

Are you all set to pay a visit to this magnificent place of historic importance in Jodhpur? Here are the timings and entry fees to the Mehrangarh Fort.

Entry fee: Entry to the fort is free. However, the entry to the museum inside the fort charges a fee. The same can be confirmed at the time of entry.

Gauge yourself with all the crucial information and location of the Mehrangarh fort and plan a visit soon to witness the royal splendour of the rulers of Jodhpur. 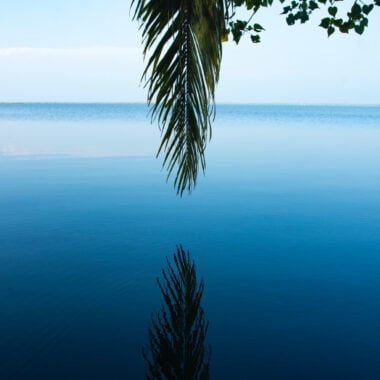 Places You Need To Cover When Visiting Kottayam Kashmir Travel Quiz: Know all about Kashmir? Test your knowledge