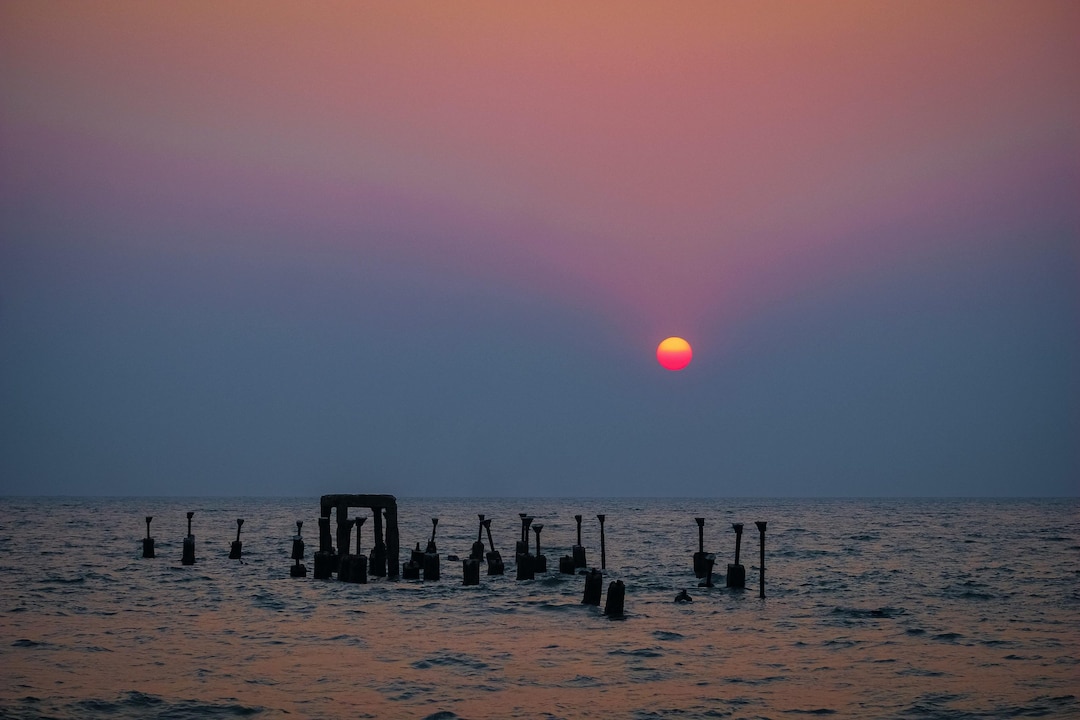 Kozhikode is a beautiful coastal town, on the Malabar coast of India, in the state of Kerala. Also known as Calicut, the town is a pristine haven in nature, filled with lush greenery, tranquil beaches, and historical forts. It is known for having one of the most beautiful backwaters of Kerala and serves as a charming weekend getaway for the locals and nearby travellers. And for the beach lovers, the clean and untouched beaches of the city are truly irresistible. If you are in the mood to take a break from the busy lifestyle and enjoy the serene calmness of nature, then Kozhikode is the place for you. From stunning waterfalls to religious places, pristine beaches and natural beauty all around, Kozhikode is surely one place you wouldn’t want to miss on your Kerala tour package.

It is a peaceful city with the vast Arabian Sea on the west and the peaks of Wayanad hill on the east. If history is to be believed, Vasco-da-Gama first set his foot in India at Kozhikode when the Spice Route was established. This is the reason Kozhikode, or Calicut, was earlier known by yet another name, the City of Spices. The city also served as a mighty seaport in the world where traders from Arabia, China, and Africa once converged. With such a rich history it should come as no surprise that there is an abundance of things to do in Calicut, as well as some of the best places to visit in Kerala.

With so many places to see in Kozhikode, a visit to this famous city is always a memorable one. Here are 12 of the best tourist places in Kozhikode that you should not miss on your trip to the city.

The Kozhikode beach is one of the most popular tourist places in Kozhikode. This beautiful beach attracts thousands of tourists and locals every day owing to the beautiful sunset views it has to offer. The old lighthouse, along with the two crumbling piers that run into the sea, adds to the beauty of the beach and retain its old-world charm. With the stunning views, soothing sounds of the sea waves and crisp air on your face, there isn’t a better way to spend one’s evening for sure. Take a stroll at this famous tourist spot in Kozhikode, watch the sun setting into the ocean at the distance and if you are lucky, you can also spot dolphins during the morning hours.

Beypore is one of the best places in Kozhikode to visit if you are someone who has a great interest in learning about the rich history of the place. Beypore is a small port located near Kozhikode and was historically famous for trading with the Middle East. One of the oldest ports in Kerala, Beypore has been a strategically important site since the time Arabs, Chinese and Europeans invaded Kerala. There is also a 15, 000-year-old shipping yard here which showcases the exceptional craftsmanship of the workers.

Amongst the prime tourist places in Kozhikode is the Iringa Crafts Village, where artisans and craftsmen are encouraged to show their skills and sell their products to visiting tourists. You can also learn more about Kerala’s art and craft through the several workshops available here and pick up a new skill while on the holidays.

Mananchira is another popular tourist spot in Kozhikode which has held many football matches in the past. This beautiful park is covered with lawns traditional buildings, a musical fountain, and an open-air theatre, and is built around a man-made lake known as Mananchira lake. The area’s royal family’s primary water source, Mananchira or Mana Vikraman Tank is still in pristine condition today and offers a peaceful location for an evening stroll or to enjoy a picnic with families and friends.

Among the top tourist places in Kozhikode comes the Thikkodi lighthouse which is said to be have been constructed on the remains of a shipwreck. It is located on the rocky shoreline and offers scenic views of the sea and several species of nomadic birds. With prior permission, tourists can also climb up the stairs of the lighthouse to reach the top and enjoy the awesome views.

Pretty likely on the top of the list while visiting Kozhikode tourist places is exploring the quiet backwaters and the natural beauty that surrounds it. There are palm trees dotted all along the water banks which seem ever so at peace, and the canal and lakes offer the guests the perfect spot to enjoy houseboat cruising. There are luxury floating villas, highly popular among the newlyweds, that you choose to stay in for an absolutely pampering experience as they offer a perfect getaway in the picturesque surroundings. The peaceful surroundings and tranquillity all around will soothe your spirits and leave you wanting for more.

Another one of the tourist places in Kozhikode, the Valayanad Devi Temple is a 14th century marvel that features Dravidian architecture which does not reflect the style of any other temple in the area. It was built by the Zamorins and is an important holy place in the city. Idols of Shiva, Lord Ayyappa, and Vighneswara are also worshipped in this temple. Kuruthy Tarpanam is one of the important festivals conducted here.

A great way to spend time in Calicut is by visiting the famous Kadalundi Bird Sanctuary. It attracts both professional photographers and nature enthusiasts, apart from the usual tourists because of its picturesque location while offering a great view of both the Arabian Sea and the Kadalundi River. Considered among the top Calicut tourist places, the sanctuary is home to both local bird species as well as migratory birds, offering mesmerising views. There are also deep water crocodiles to increase the excitement levels and optional boat rides to enjoy the scenery.

One of the most famous places in Kozhikode is the city’s Planetarium that conducts nearly 1200 shows every year. It can accommodate up to 250 guests at one time and take them through the mysteries of the universe, experiencing star gazing at its best. The Regional Science Center has outdoor science displays as well. The section called Giants of Nature is a huge aquarium which is a popular attraction here.

While visiting hill stations near Kozhikode, make sure that you take a break at the breathtaking Thusharagiri Falls. Two streams originate from the Western Ghats and meet at this point to create the Chalipuzzha River. The river further creates three waterfalls and the free-falling water, as stunning to watch as exciting to feel, makes for one of the best places to visit near Kozhikode. There are also plenty of activities you take part in, such as trekking or rock climbing or simply explore the lush green forest around.

Kakkayam Dam is a famous picnic spot and is popular among the tourist places in Kozhikode. It is known for its scenic beauty and tranquil surroundings that make you leave behind all the stress and simply get lost in the calmness. Though the dam is small in size, it more than compensates with the small waterfalls around it. There are a few options for outdoor activities here, such as exploring the local flora and fauna, taking a boat ride, hiking through the dense forests and more. There is also a hanging bridge on the waterfall which is a popular tourist attraction. Surely a great place to visit in Kozhikode and spend some quality time with your family.

If you want to experience the rich culture of the city, you can visit the Mother of God Cathedral, which is located at a distance of just 1.5 kilometres from the Calicut Railway Station. Counted among the best tourist places in Kozhikode for one day trip, the Mother of God Cathedral houses a famous and ancient portrait of Mother Mary which is said to be more than 200 years old. It portrays Roman architecture and is said to be built around 1513 AD by the Portuguese. In 1724, the church was renovated where stones and mortar were used to bring durability.

Today, Kozhikode is the third-largest city of Kerala and draws tourists throughout the year due to its vast tourist attractions and pleasant weather. The best time to visit the beautiful places in Kozhikode is during the months of October to March. The weather during these months is pleasant and habitable for tourists, as compared to other months.

Summers in the city are too hot and humid, with temperatures ranging between 37 and 39 degrees Celsius. Monsoon brings heavy rains, which although cools down the soaring temperatures, might hinder tourists activities. This is also the time to experience several festivals and fairs of the city. Winter months are the most favourable for vacations in the city of Kozhikode and sightseeing as the climate remains quite pleasant during this time, and the minimum temperature dips up to 15 degrees Celsius on some days.

Good food, friendly people and great opportunities to explore and enjoy God’s own country, that’s Kozhikode in a nutshell. The city is not just a great spot to spend time with your friends and family but is also a splendid honeymoon destination where you can spend a great time with your better half. Check out Kerala tour packages for couples from Veena World for more details. 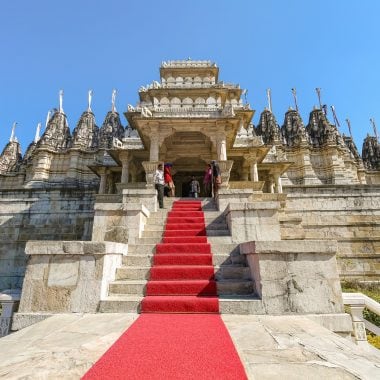 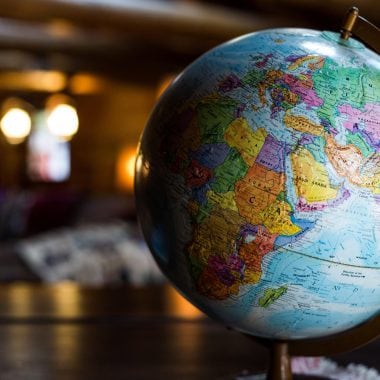