For an Indian who has grown up watching Hindi flicks, Bollywood becomes a way of life. Travelling is a passion for many out there but busy schedules, budgets, and a number of other reasons hold us back to fulfil our dreams. And then, when you watch that flick featuring the destinations on your wish-list, you just wanna take a break from your routine and satisfy your wanderlust.

Mirror brings you the list of some all-time best road trip movies that have inspired to pack your bags and get, set, go! 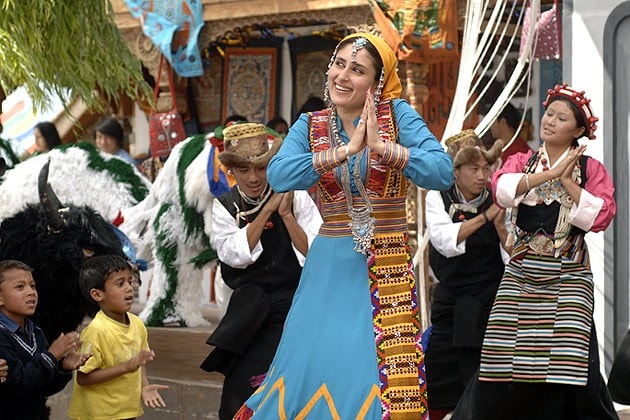 Two strangers meet. One is madly in love and the other is totally heart-broken. They set out on a journey where they discover life amid Geet’s madness that leads Aditya to fall in love with her. The movie Jab We Met whistles from the bustling city of Mumbai on a train where an acquaintance between Aditya Kashyap, played by the actor Shahid Kapoor, and Geet Dhillon, played by the actress Kareena Kapoor, moves through an adventurous journey. It reels from railway tracks to the hills of Himachal and snakes through the roads of Manali and Shimla. Thereafter, it also takes you to the rural aroma of Bhatinda, which is one of the oldest cities in Punjab. Some of the scenes were shot in Manali Castle, which is one of the popular landmarks in Manali, and ascends to Rohtang Pass at 3,948 meters, which lies on the Manali – Leh Highway. A “What do you want to do before you die” wish takes Priyanka Chopra and Ranbir Kapoor on a road trip to Vegas in a red hot American Cadillac. They embark on a journey to this Gambling Capital of the world before they end their lives in an attempted suicide on the last day of the year. Like Priyanka, you can also throw a pointer at any place on the world map and set out to the targeted location. After all, this movie tells you to accomplish all the things before you die. 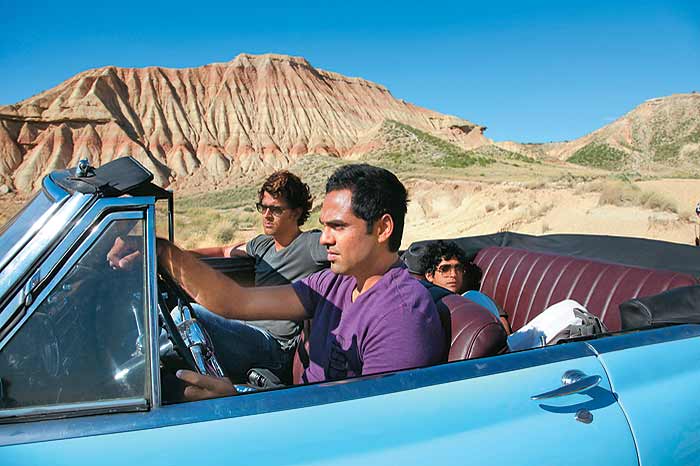 Yet another movie that shows the bond of friendship between Hrithik Roshan, Farhan Akhtar and Abhay Deol who set out on a bachelor’s trip and end up finding love, life and overcoming their fear. Zoya Akhtar beautifully showcases Spain in all its glory. Who knew about the La Tomatina festival or the bull-run adventure before this movie? This movie changed the way Indians look at this place now as earlier a vacation to Europe hardly featured Spain in the list. A movie that shows four people on a journey of relationships and ambitions amid the picturesque locations. Starts with Deepika Padukone leaving home and joining Ranbir Kapoor, Kalki Koechlin and Aditya Roy Kapoor on their trek to Manali. It proves to be a journey of self-discovery and developing friendship and love for the otherwise geeky nerd. YJHD also shows the ambitious Ranbir Kapoor in Paris. And before you realize, you are in the royal city Udaipur in the glory of the Oberoi Udaivillas. 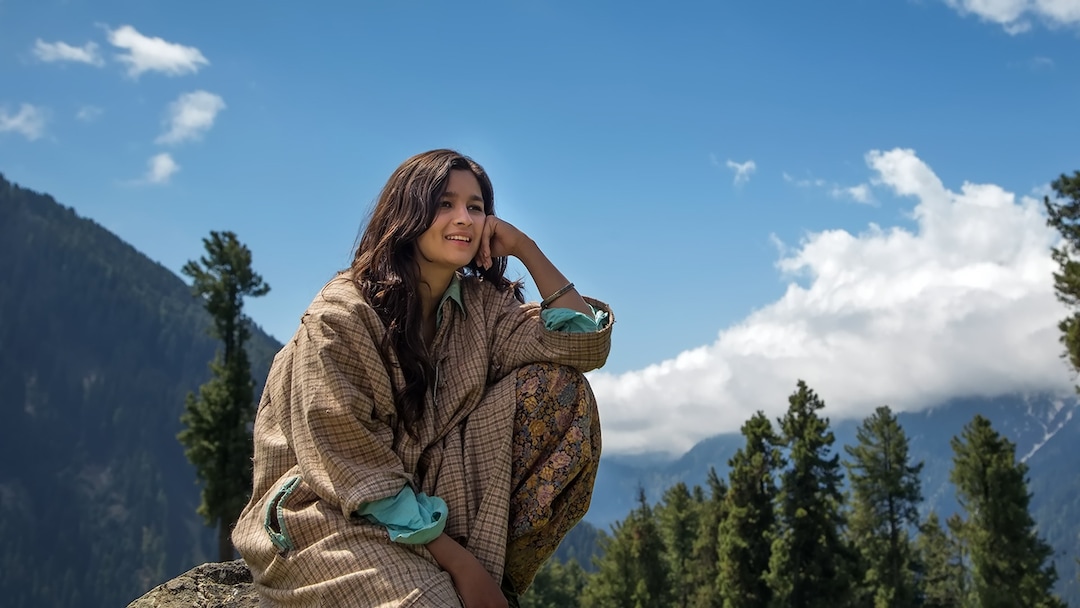 Another Imtiaz Ali flick that has all the intelligence and also shows the freedom that one can feel in travel. Alia Bhatt discovers life in a new way as she is kidnapped by Randeep Hooda and they set out on the highway to unknown locations. More than love, it conveys that many a times we do travel, but in the lap of luxury. So ditch that five star hotel you booked for your vacation and discover the authenticity of the place by taking the road less travelled.

Going on a honeymoon alone. Yes, a honeymoon but alone. Queen is about a woman finding her freedom and believing that a woman doesn’t always need a man’s company to travel. Queen has successfully captured the beauty of Paris and Amsterdam. The beautiful Effiel Tower fully lit up is a stunning beauty to watch on-screen. Rani played by Kangana Ranaut is a small town girl whose bold decision to travel alone has inspired many Indian women to book a ticket to their favourite destination.

How can we talk about road trips without the mention of the legendary Dil Chahta Hai. This movie introduced the 90’s kids to the concept of road trips when it released. This film has set travel goals for a whole generation. While the movie is remembered for a whole lot of other things, the idea of friends travelling to just chill on the beaches of Goa is stuff vacation goals are made of! Such was the influence of the movie, Goa became the national holiday spot for the young generation and still remains so. Life is a journey, filled with unexpected miracles, hurdles, and detours. Karwaan is just the right flavour of that. The film starts with a bumpy ride by taking multiple detours. The lead stars are from different backgrounds with an equally diverse outlook towards life but strike a common chord; their unexplored relationships with their parents. The movie not only portrays the changing landscapes from Bengaluru to Kochi but also the diverse cultural and societal gaps between these people. This epic journey of a trio surely makes it to our list of road trip films for the travel-bug in you. 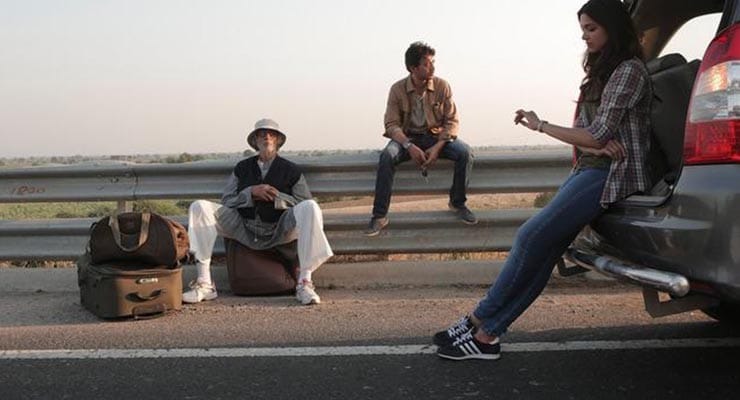 A father-daughter duo travels with a taxi company owner from Delhi to Kolkata in this road trip movie. The highways they travel make us want to be on a road trip ASAP. We watch them stopping over in Varanasi which looks beautiful at night and when they finally reach Kolkata, the city’s landscape is instantly likeable. The City of Joy is portrayed in its true essence towards the climax of the movie as Amitabh Bachchan strolls through the city on a bicycle early morning. If Dil Chahta Hai sowed the seed of Goa road trip in everyone’s mind, Finding Fanny, much later made sure that thought doesn’t get lost and Goa remains the ultimate road trip destination. Yet another film that showcases the beauty of Goa, Finding Fanny is set against the quaint backgrounds of the villages in Goa. It showcases Goa in the most beautiful way possible, covering all the tiny and unexplored parts of the city. Finding Fanny has brought Goa in the limelight for different reasons that showcase its true beauty and essence through its raw beauty.

Travel inspired by movies has this undefined aura of romanticism. It is a great feeling to have a similar experience that you have already seen in your favourite movie. Which is the top movie in your list of best road trip films? Watch one from our list and book your adventure tour packages now here.