The city of Bijapur, earlier known as “Vijaypura” or the city of victory was founded by the Chalukyas between the 10th and 11th centuries. The change in name occurred during the reign of the Adil Shah dynasty in the 14th century during which the city’s most treasured monuments were built. The city, over time, has become a cultural hub due to the influences of the various dynasties that have ruled this region. For those who love to see anything and everything cultural in nature, Bijapur ranks among one of the popular places to visit in the state of Karnataka. Here’s a list of the must-see Bijapur tourist places that reflect upon the city’s ancient state and historical influence. 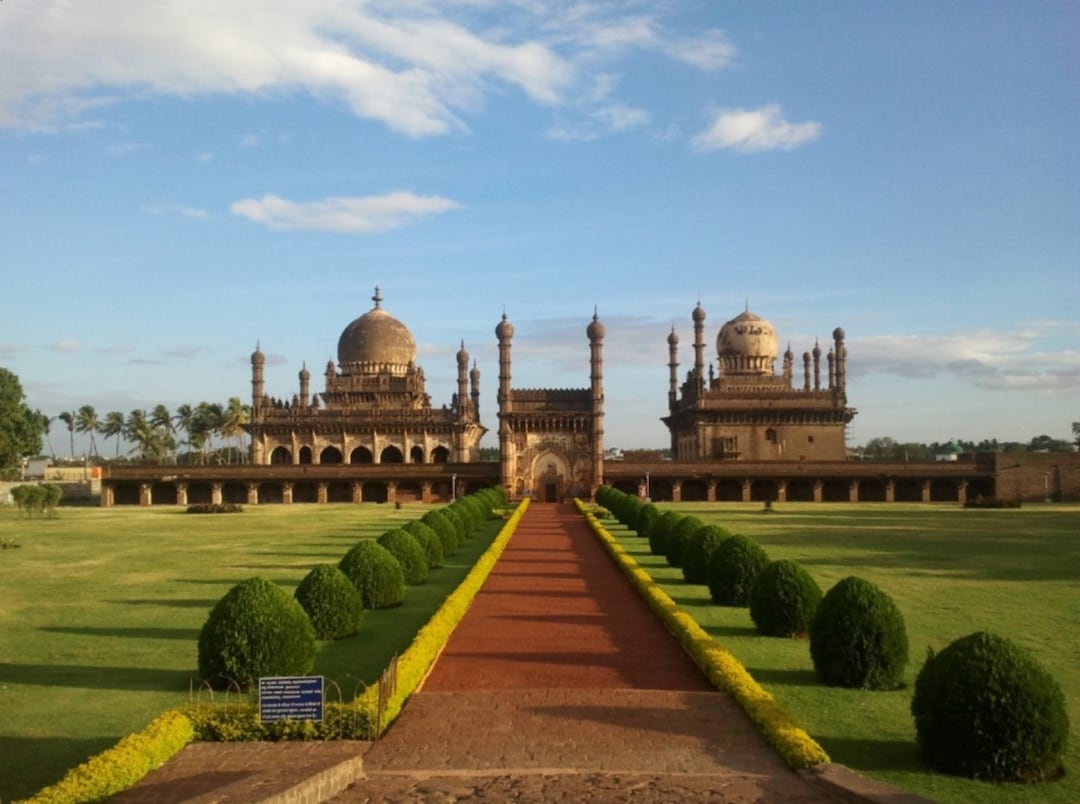 Ibrahim Rauza is said to be the building that inspired the design of the great ‘Taj Mahal’! It is the mausoleum of Sultan Ibrahim Adil Shah II and his beloved Queen. The structure is a prized marvel of the Persian Muslim architecture and what’s even more amazing about it is that it was built on a single slab of rock! One of must see places to visit in Bijapur, Ibrahim Rauza is immaculate with its marvellous minarets and gateways. You will find the entire building has been adorned with various stone awnings, decorative windows, and arches. The oldest and the largest mosque in the entirety of South India, the Jami Masjid was built by Ali Adil Shah I after he defeated the Vijayanagar Kings. The mosque is one of the most famous sightseeing places in Bijapur and covers an area of about 1,16,600 square feet. Jami Masjid is undoubtedly one of the most brilliantly designed mosques in India. You will find the interiors of the mosque are amazingly crafted and are decorated with various paintings and murals. It is a truly beautiful sight! The mausoleum of the Sultan of Bijapur, Muhammad Adil Shah (1656), Gol Gumbaz is the second largest dome in the world and is considered as one of the most impressive structures in the world. Ranked amongst the most significant historical places in Bijapur, the dome is 52 meters high and covers over 18,000 square feet of land. You should also visit the ‘Whispering Gallery’ which is another famous attraction in the Gol Gumbaz. Here, even the softest of sounds can be heard! Malik-e- Maidan literally translates to the ‘Monarch of the Plains’ and is the largest mounted medieval cannon in the world! One of Bijapur’s esteemed sightseeing spots, the cannon weighs a whopping 55 tons and is 4 meters in length. The muzzle’s outer diameter alone is above 1.5 meters and is shaped like a lion’s head with an elephant being mauled in its teeth. It is believed that the gunner had to dip his head in a water tank to protect his ears from the massive “boom” while the cannon was fired. 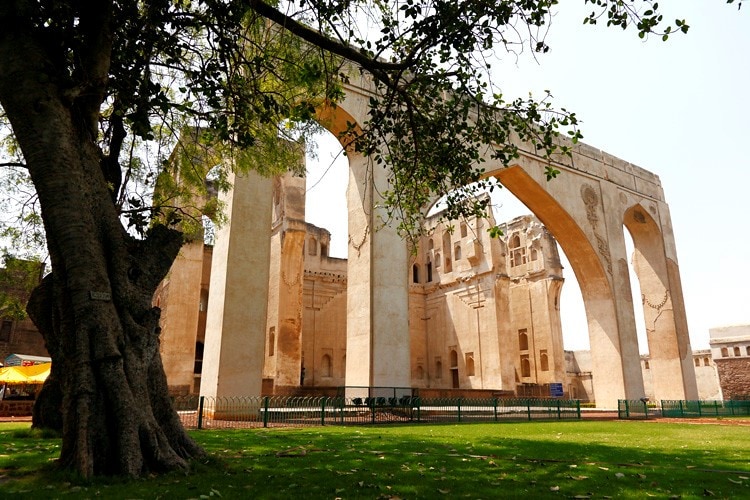 Literally translating to ‘sky palace’, the Gagan Mahal was built by Ali Adil Shah I in the 16th century. The massive structure is characterized by the arches and the central large arch that acts as an entrance to the citadel. The Darbar (assembly hall) was on the ground floor whereas the upper floors served as the residence to the royal family. Planning a trip to Bijapur, do not miss out on the beauty that is Gagan Mahal! In almost everyone’s list of top places to visit in Bijapur is the name Upli Buraj. It refers to a watchtower that was built in the 16th century by Hyder Khan. The tower stands at an impressive height of 24 meters and you will find the top of the tower to be one of the most famous viewpoints that give a wide panorama of the city. So, if you are a photography enthusiast, you must visit the Upli Buraj. The top is typically made accessible through the winding circular stairs. You will also see two massive cannons that are placed on the top of the watchtower.

Bijapur was at its full glory and saw its splendour during the reign of the Adil Shah dynasty after defeating the waning Vijaynagar kings to seize control of the reign. Ibrahim Adil Shah II was considered to be the most venerated of the Adil Shah sultans due to his religious tolerance like the Mughal emperor, Akbar. It was he who is responsible for most of the grandeur of the city.

Other than that, popular places to visit near Bijapur include Badami, Pattadakal, Aihole, Koppal, Hampi, Lakkundi, Gadag-Betageri, and Kudala Sangama. The above-mentioned places are the best of the several monuments located that your Bijapur package tour should most definitely include.