The National Science Centre in Delhi, commonly known as the Delhi Science Museum, is one of the country’s most prestigious centres for science and technology. It is a constituent part of the National Council of Science Museums, that hosts several reputed personnel, such as Nobel Laureates, famous scientists as well as technocrats and astronauts, in addition to famous educators from the field of science regularly at its many seminars.

The Delhi Science Museum was inaugurated by Late P.V Narasimha Rao, the then Prime Minister of India and has been at the forefront of boosting scientific advancements as well as high regards among the citizens. The National Science Centre is considered a great place for science and technology enthusiasts from all across the world, to gain knowledge about the various scientific processes as well as machines and instruments. It has for long been promoting science and its importance to people, as well as being at the centre of some of the best innovations this country has seen. It is an important part of any Delhi tour package without which a sightseeing trip of the national city is not complete.

The Delhi Science Museum is located at the heart of the national capital Delhi. It is situated at a walking distance from India Gate and is considered as one of the largest centres of science in the entire Asian continent. It is present within the Pragati Maidan campus, near Gate No. 1 on Bhairon Marg, and is in close proximity to popular landmarks such as the Jama Masjid Delhi, Connaught Place, Red Fort and Karol Bagh among others.

The museum is just 16.4 Km away from the Indira Gandhi International Airport. It can be easily reached through public transport, such as bus or metro, as well as cabs and personal vehicles and is well-connected with all the major hubs in the city.

Established in 1992 by the Ministry of Culture in the Government of India, the Delhi Science Museum consists of four different floors and a total of 8 sections, each having its own theme. There are galleries of Technology, Heritage, Information Technology and Revolution, as well as one of Emerging Technologies. You will also find galleries for Human Biology, Prehistoric Life as well as Fun Science here, attracting you towards the subject and making you fall in amazement.

From holding various educational programmes and exhibitions, to providing teacher training and holding seminars on science, the National Science Centre in Delhi has been focussed on imparting the knowledge of science amongst the people. It also houses a library, a cafeteria and a planetarium along with several conference halls as well as a cyber school that offers several short term courses.

The Energy Ball exhibit at the National Science Centre, Delhi is a standalone exhibit since 1992 that has welcomed millions of visitors. The attraction involves lifting the balls to a height of 13 meters and are then allowed to roll down. The balls different paths through systematic and random gates, witnessing several geometric curves such as sine, ellipse, parabola, spiral and more.

This gallery at the National Science Centre, Delhi is the latest in the museum. It gives you a look into the future with the dawn of innovations which guarantee to change the Human life in the coming future. The exhibition depicts the progressive changes that occur in the future, as well as the revolutionary changes that might take place in representative technology in Space, Information and Communication, Medical and Biotechnology, Oceanography and Earth Sciences, Agricultural and more areas.

The Kugel Fountain is an outdoor exhibit at the Delhi Science Museum. It is a giant 1200 Kg granite ball rotating on water and excites visitors with the question, how can a giant ball this heavy be rotated with a finger? Well, you need to visit the museum to find out.

Science on Sphere is basically a huge display system that describes science and technology with video projection, analogous to a giant animated globe. It is an educational toll to explain Earth sciences to people of all ages, in a way that is intuitive and captivating.

The National Science Museum in Delhi offers a real-to-life visual of the entire world using video projection on a giant 3D screen. It is a 3D designed film presented on circular polarised glasses. Visitors get a variety of knowledge with this 3D show through different presentations.

The Delhi Science Museum houses two aquariums, a freshwater aquarium and a marine water aquarium. These showcase a variety of aquatic lifestyle, i.e. plants and animals that live underwater with the difference in salinity of these two types of aquariums.

Fantasy ride is a motion simulator that offers the experience of being in a real motion environment. The movement is synchronised with a visual display of the outside world scene. The simulator provides motion of 3 rotational degrees (roll, pitch, yaw) and 6 degrees of freedom (rotational and liner) providing an experience of an aircraft or spacecraft.

The National Science Centre, Delhi can be visited on any day between 10 am and 5 pm. The museum remains open on all days throughout the year, except on the occasions of Holi and Diwali, and hosts numerous interesting affairs.

The latest known ticket prices for Science Museum in Delhi have been listed below. It is recommended to check the updated ticket prices before visiting, if applicable.

India Gate is probably the most popular landmarks in Delhi, and in the country, which is a 42-metre tall historical structure that was constructed to honour the fallen war heroes who were martyred during WWI and the Third Anglo-Afghan war. It houses the Amar Jawan Jyoti, which symbolises the eternal and immortal soldiers of the country. The premises also consist of the newly constructed All India War Memorial along the Rajpath.

The National Zoological Park is situated just 7 minutes away from the National Science centre, Delhi. It is a 176-acre zoo which is a favourite weekend spot among the locals as well as tourists alike, that features everything from big cats to tiny birds, and everything in between. At the Zoological Park, birds and animals live in an environment that has been tried to resemble their natural habitat.

The National Rail Museum gives a glimpse inside the history of the largest rail network in the world with indoor and outdoor exhibits spread over 10-acres of land. It features dozens of authentic locomotives and old engines, restored to pristine conditions, as well as the collection of some of the rarest model trains, vintage locomotives and railway stamps for the train lovers. The rail museum is located just 9 Km from the Delhi Science Museum.

This handicrafts museum is the perfect place for you if you wish to experience the rich culture and traditions of our country. The Craft Museum, too, is located inside the Pragati Maidan campus, displaying a variety of textiles, handicrafts as well as local décor.

Purana Qila is an ancient structure of the Mughal era and one of the oldest forts in Delhi. It was built by emperor Humayun on the banks of the Yamuna River and stands high even today for tourists who get amazed by its magnificence. It also offers a boat ride in the middle of a huge citadel here.

The Delhi Science Museum aims at growing the awareness towards the scientific inventions and technologies behind some of the most exciting phenomenon. It has evolved as a great learning spot for visitors from all backgrounds, and not just science buffs, and as a prestigious science museum in Asia. 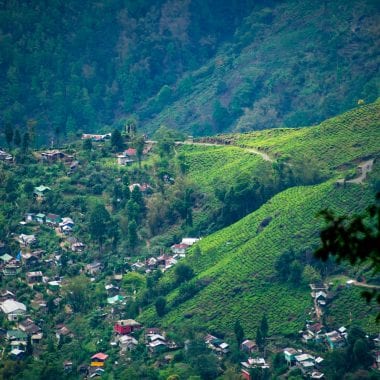 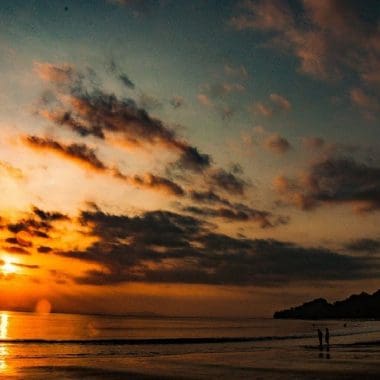