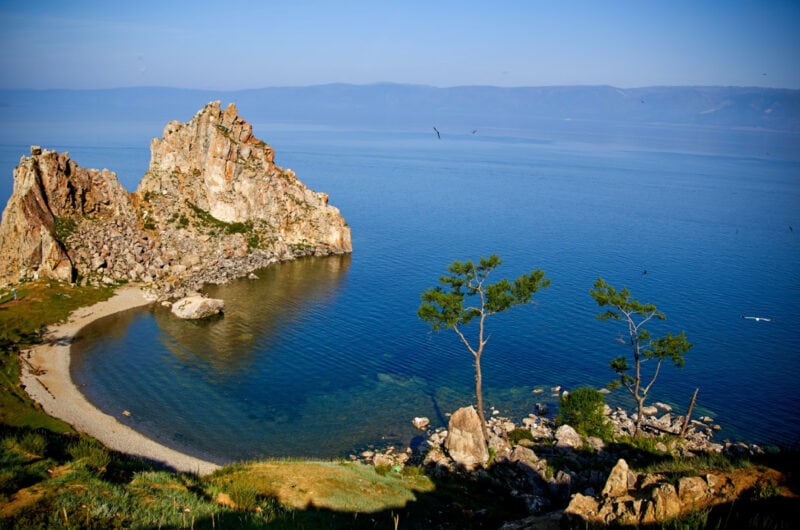 When God was creating the world, he specifically created some places for the peace seekers and silent watchers, for the people who just want a quiet corner that soothes the soul and gratifies the heart and Lake Baikal in Russia is one such place with the charisma of a fine-cut gem. With pristine clear water, hemmed in with monumental hills on one side and the skyline itself on the other, Lake Baikal is the perfect specimen of nature’s grandeur.

There are many places to visit in Russia but Lake Baikal is not just a tourist destination. In 1996, UNESCO declared Lake Baikal a World Heritage Site. However, it is beyond your tourist–y aspirations, it is something that you can only experience. People from around the world come to Russia to witness the phenomenon, to experience the calming aura, and behold the immaculate beauty of the place.

However, there are things about Baikal lake that are as fascinating as Baikal itself. Here are some facts about Lake Baikal that will surely intrigue you enough to book a tour package to Russia and visit Baikal:

It is the world’s deepest lake

A rift lake, Baikal is situated in southern Siberia and is the deepest lake in the world with a depth of 5,387 ft. The lake bed is 3,893 ft below sea level which makes it the deepest continental rift on Earth. With a seismically active fault zone, earthquakes and hot springs commonly occur every few years. Further, the lake is divided into three basins are North with 3,000 ft of depth, Central with 5,200 ft of depth, and South with 4,600 of depth. And… you can also deep dive in Baikal Lake. Yes, you can deep dive into World’s deepest freshwater lake. However, you do not necessarily have to go all the way down. At a depth of 25 to 30m, you will be able to witness all the wonderful creatures of Lake Baikal.

It is the largest

And Baikal is also the largest freshwater lake. Lake Baikal has a length of 636 km and a breadth of 81 km and becomes the narrowest near the Serenga Delta, which is 27 km. With the world’s largest volume of freshwater of 23,000 cubic km, Baikal Lake has one-fifth of all the fresh water in the world. One can go hiking or camping around Lake Baikal. It may take 5 to 8 hours to hike. Great Baikal Trail or also known as GBT is a Russian non-profit organisation that works to build a trail around Baikal. GBT has, successfully, organised more than 180 international projects to build or restore trails throughout the Siberian regions of Irkutsk and Buryatia with the help of over 4500 volunteers from around the world. As we mentioned earlier, Lake Baikal is more than just a tourist destination.

Now, along with being the world’s largest and deepest freshwater lake, Baikal is also the oldest lake in the world. Around 25 million years old, Baikal is inhabited along with the Buryat tribes, descendants of tribal Mongols. Sources mention that primeval communities lived around Lake Baikal since around the 6th century B.C. It is also mentioned that it was the battle site in the Han-Xiongnu War which took place from 133 B.C. to A.D. 89. Long story short, Baikal has a vast and rich history, and someone with an eye for beauty and history will definitely have a lot to explore.

One of the amazing facts about Lake Baikal is that it has warmer winters and colder summers. Yes, as strange as it may sound, the water bodies of the lake work as a natural stabilizer, causing the unusual microclimate conditions. In winters, the lake is covered by a gloriously clear sheet of ice. If you visit Lake Baikal, October to April is ideal to witness the classic Siberian winters. And if you wish to experience Baikal at its climatic best, then May Winter can be a perfect time.

There are innumerable things and facts about Baikal that make it a perfect place for the curious minds, for the people who seek answers while its pristine beauty and blissful tranquil aura are for the wanderlusts. Baikal Lake is a place that fills your soul with so much peace and harmony that you do not want to leave, you wish to stay there a little longer. And, your camera won’t be able to capture the emotion your heart and soul will. So, before you take out your cameras, take in the glory of Baikal Lake. 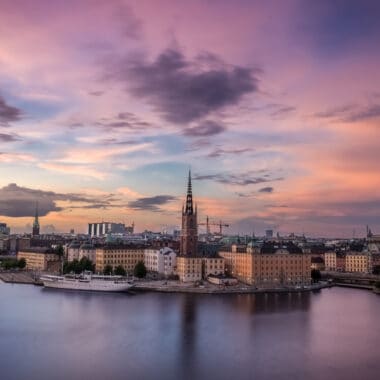 10 Spectacular Places to Visit in Sweden