Blog › Ganga Aarti Varanasi: A Visual Treat at the Banks of River Ganga 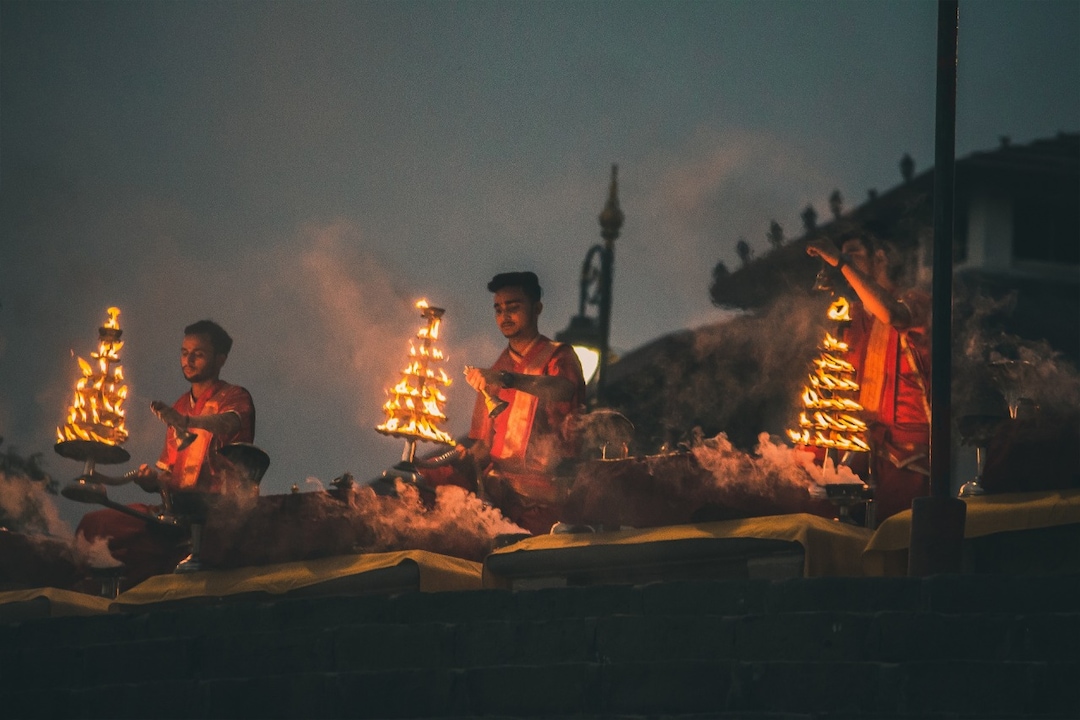 Ganga Aarti Varanasi: A Visual Treat at the Banks of River Ganga

Varanasi is said to be one of the oldest places in the world. It is part of the Sapt Puri, the seven holiest cities in India, which includes Ayodhya, Mathura, Haridwar, Kanchipuram, Ujjain and Dwarka. According to Hindu mythology, Varanasi was established by Lord Shiva himself. When a fight broke out between Shiva and Brahma, Shiva cut off one of the five heads of Brahma. To show his victory to the world, Shiva carried the decapitated head in his hand. He even put a bridle in its mouth, disrespecting Brahma. When Shiva reached the city that we now call Varanasi, the head fell from his hand and disappeared into the ground. Since then, Varanasi has stayed one of the holiest cities for Hindus in India.

At present, this city is also the spiritual capital in India where attending the Ganga Aarti of Varanasi is a must. The aarti is the reason why thousands of people visit the city every day. The 45-minute aarti at sunset offers an otherworldly experience. It takes you on a journey and you are never the same after watching it for the first time. The aarti is included in every Varanasi tour package.

Ganga is the holiest river in Hindu mythology. This is why it is believed that a dip in the river cleanses your sins. When you visit one of the many ghats at Varanasi, you will see devotees in large numbers doing “snaan” in the river. For the safety of the people, chains and poles are used to prevent people from being borne away by the heavy flow of the river. As much as devotees love taking a dip into the river, they also revere it. Every evening, priests of Varanasi perform an elaborate and extremely beautiful aarti on the ghats of Ganga. The most prominent of these ghats is Dashashwamedh Ghat which is located right next to the Kashi Vishwanath Temple. The other ghats where people can watch the Varanasi aarti are Assi Ghat and Rajendra Prasad ghat.

At Dashashwamedh ghat, one moment there’s hustle-bustle about finding the perfect place to watch the aarti, and the other moment the entire city falls silent when a shankh (conch) is blown. The shankh heralds that the aarti is beginning and it draws everyone’s attention. Since the Ganga aarti of Banaras is for the River Ganga, a statue of Goddess Ganga is placed in the centre at one of the many raised platforms. With the sound of bells and chants and lighting of incense sticks and diyas, the aarti is carried on.

The priests worship the River Ganga in such a synchronised manner that it makes for a spellbinding sight. They have been doing it in front of thousands of people for years now, and the practice and undying devotion make them perfect in what they do. Although it seems precariously risky, the lamps are in safe hands. This goes on for 45 minutes and it is practically impossible to take your eyes off for even a second.

It is for this reason Varanasi ghat aarti is popular in the entire country. When you visit Varanasi, this is an experience that you cannot miss out on, regardless of the religion you practice.

Timing of the Ganga Aarti

For a long time, Ganga aarti in Varanasi was performed only in the evening. It was always scheduled for just after the sunset. In summers, it would start around 7 pm, and around 6 pm during the winters. While the evening aarti is performed with the focus on Dashashwamedh Ghat, the morning aarti is focussed on the Assi Ghat.

Since it starts before dawn and stretches well into the daybreak, it receives less audience than the evening aarti. This has more to do with the timing of the aarti and not because it is in any way less elaborate. In fact, the morning aarti at Assi Ghat is equally beautiful. Here, it is not just the Ganga Maiyaa who is prayed to but you also enjoy some Vedic chants, raga, and yoga. The timing of morning Ganga aarti in the summers is from 5 am to 7 am, and in the winters it is 5:30 am to 7:30 am.

Morning Ganga Aarti: A Spiritual Treat for the Soul

The morning aarti is called Subah-E-Banaras and it is considered to be the ideal way to begin a morning in Varanasi. This was an initiative by the State Government of Uttar Pradesh that began in 2014.

It begins with Vedic verses and is followed by the Ganga aarti. A tribute is also paid during the aarti to the four basic elements that comprise everything in this universe: earth, water, sky, and fire.

The aarti is the same as the one performed in the evening at Dashashwamedh Ghat, except you can see it more clearly and from a much closer distance because of the fewer people. After the aarti, classical musicians from Banaras Gharana step out with classic music and ragas. Gharanas are important social organisations in northern India. Each organisation specialises in a craft of music or dance. Banaras Gharana was established by Pandit Ram Sahai 200 years ago. It is now one of the six common styles of playing the tabla. Pandit Ram Sahai himself was trained at Lucknow Gharana.

Whoever said that reverence can never be a splendid sight…. 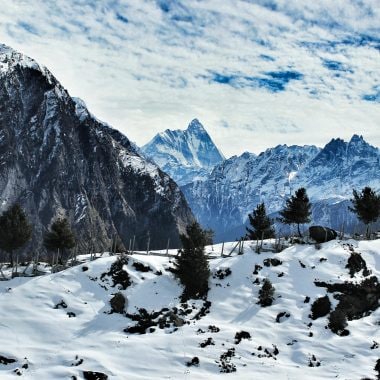 12 Best Resorts in Auli to Stay with Your Friends