The Dead Sea in Jordan is Mother Nature’s idea of an atypical tourist attraction! The Jordan’s Dead Sea is an exceedingly salty lake and this marvel’s territory is almost equally shared by Israel. If you have a fear of drowning, this is the perfect place for you to swim. This hypersaline water body at 423m below sea level, enveloped by Israel and Jordan from all sides, has such high density that it doesn’t allow anyone to drown in its waters. If you let yourself be, you’ll float effortlessly! Think how cool a photo it would be; you floating while reading your favourite book.  Now those are bragging rights you won’t earn every day!

The clay and minerals found on the Jordan’s Dead Sea beach and waters possess properties that, simply put, are miraculous – they have immense healing and beautifying properties. Come to think of it, Cleopatra, Egypt’s great ruler, ordered to set-up a factory of cosmetics on the shore of the Dead Sea beach.

The default image of the Jordan Dead Sea region is, however, limited to the effortlessly floating of people with newspapers in their hand as the waves gently lap on the beach shore. The travellers need to only look a little further into the land to find an exceptional wealth of waterfalls, wadis (canyons and valleys), and historically enriching places that are so different from the Dead Sea yet somehow complementary to that experience. 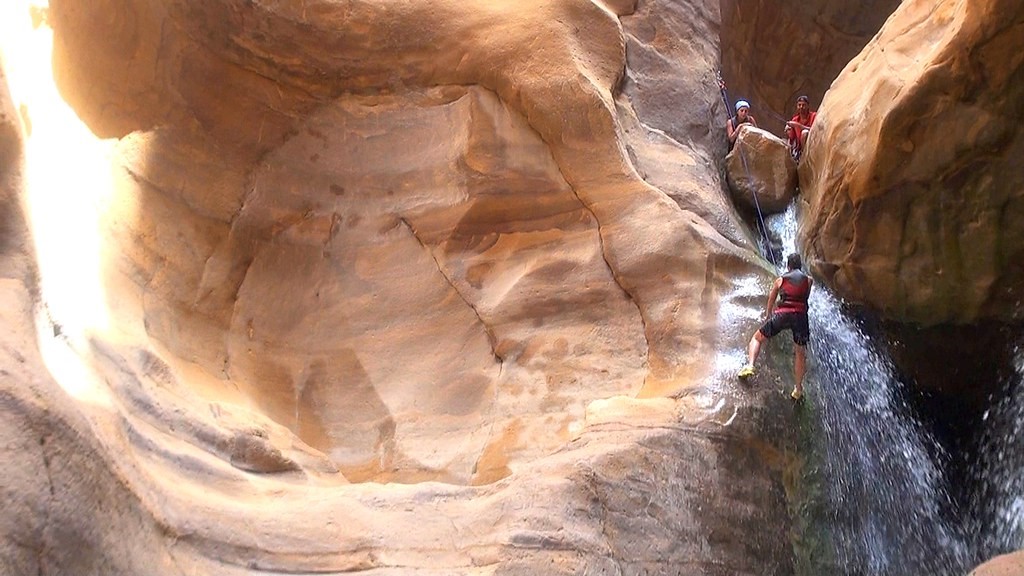 The Mujib Biological Reserve is certainly the place in the Dead Sea region with the most iconic array of sceneries!  The reserve is situated within the Wadi Mujib gorge which enters the Dead Sea as deep as 410m below sea level, thereby making it the world’s lowest natural reserve. The reserve also extends to Karak and Madaba mountains towards the North and South, reaching as high as 900m above sea level in a few places. This variation of 1,300m in elevation combined with the valley’s all-year-round water flow from seven of the tributaries makes Wadi Mujib (the Mujib Biological Reserve) a marvel of a bio-diversity that is to date being explored and documented!

An unequivocal place to visit in the Jordan Dead Sea, the Mujib Biological Reserve is home to about 300 plant species, 10 carnivores, and numerous other permanent to migratory species of birds. It is also a safe haven to rare species of goats, cats, and other mountain animals. The sandstone cliffs in Mujib serve as an ideal habitat to one of the world’s most beautiful mountain goats, the horned Ibex. Constructed very high on an urban hilltop in the mid-12th century, the Kerak Castle was designed with the intent to provide a watchful eye and an iron fist over the traders and travellers crossing the lands between the Dead Sea, Damascus, Egypt, and Mecca. This beautiful historical monument has now become one of the most famous places to visit in the Dead Sea region of Jordan.

It was the strategic location of Kerak Castle that made it the target of many sieges, some more successful than the others. The castle stood to see both the Christian and Muslim rule, including a stint under the control of the legendary Saladin. In the cinematic pop-culture, Kerak Castle is notable for its part in the 2005 Ridley Scott film, Kingdom of Heaven.

This historic structure near Jordan’s Dead Sea is an early example of a fortified Frankish Crusader Castle; an amalgamation of elements of European, Byzantine, and Arab designs. Over the centuries, the castle grew with the representative additions from its Christian, Muslim, Mamluk, and Ottoman lords. Today, the Crusader architecture exists mostly on the upper level of the castle and can be identified by its dark, rough volcanic rock, while the later Arab additions were made from white limestone. 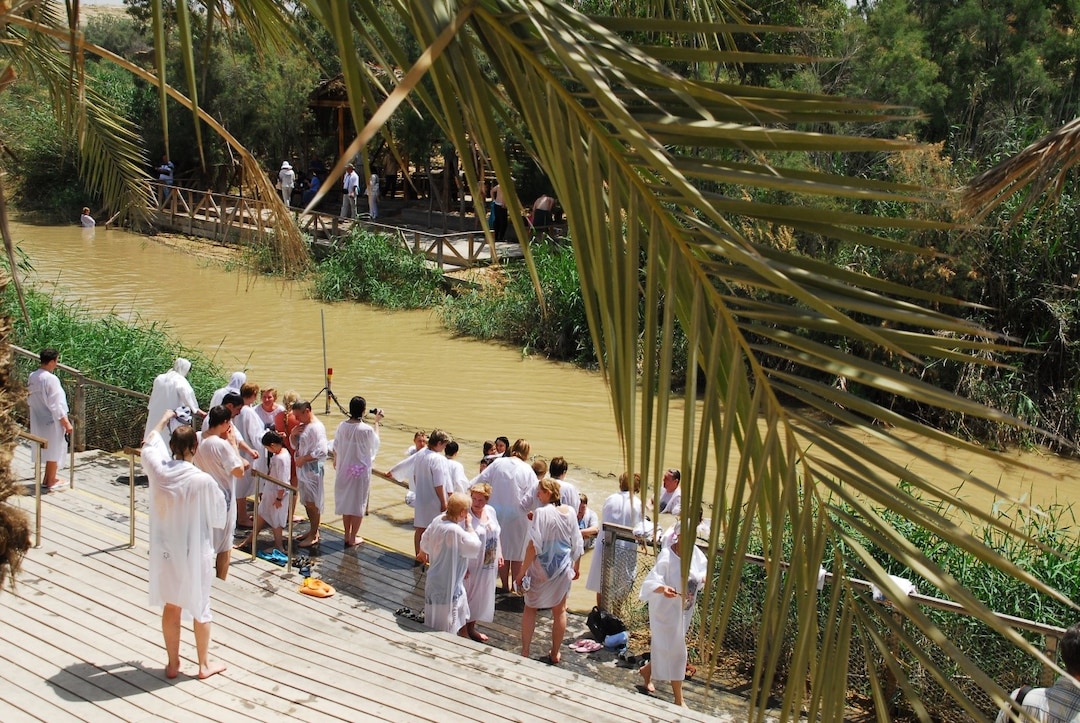 From the earliest days of Christianity, pilgrims to the Holy Land have visited the site of Qasr el-Yahud where according to the New Testament; it is believed to be the Biblical site where John baptized Jesus, which symbolizes his spiritual birth. This stretch of the river is also where Joshua led the Israelites cross the River Jordan into the Promised Land. The Prophet Elijah is said to have ascended to heaven from this location. For centuries, pilgrims have yearned to immerse themselves in the same water to commemorate this event. The religious relevance has made Qasr el-Yahud a common amongst most Jordan tour packages.

To improve the spiritual experience and the physical comfort of pilgrims, Qasr el Yahud, the baptism site on the Jordan River, is now open to the public, free of charge, seven days a week. The Ministry of Tourism is one of many organizations that have together invested close to $2.3 million in renovating and upgrading the site. This includes the construction of wooden ramps into the Jordan River allowing pilgrims easy and comfortable access to the waters for baptism, erecting shaded areas for prayer sessions, shower, and parking facilities and upgraded restrooms. What’s more, this religious marvel near the Dead Sea, Jordan is now fully wheelchair accessible. 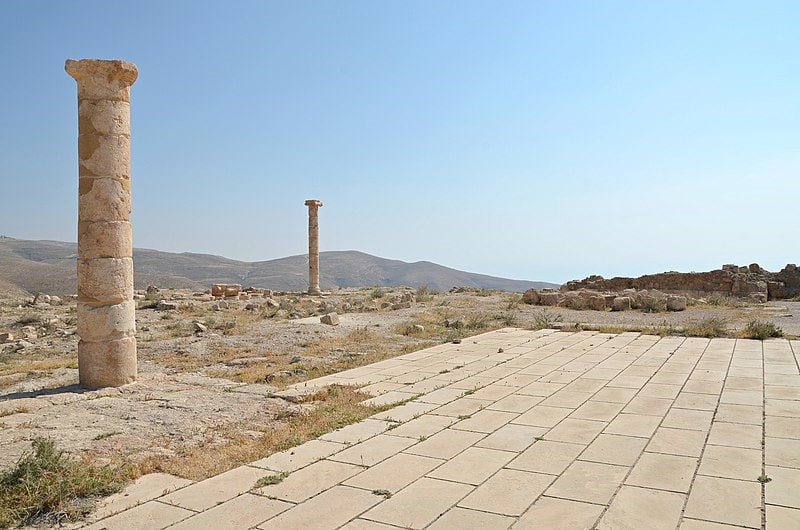 Going for this antique near the Dead Sea in Jordan means going biblical! Located on the north-eastern shore of the Dead Sea just at the mouth of the Jordan River, The Fortress of Machaerus is where John the Baptist was kept captive and eventually beheaded in 32 AD on Salome’s request.

For the inquisitive, this has been proved with substantial evidence. It was Alexander Jannaeus who had the Fortress of Machaerus built on top of a hill in 90 BC for its geopolitical reasons. As of today, the fortress offers magnificent views of the Jordan’s Dead Sea and the surrounding area, and at its inception, the fortress of Machaerus offered a great vantage point to observe military movements on and around the Dead Sea. 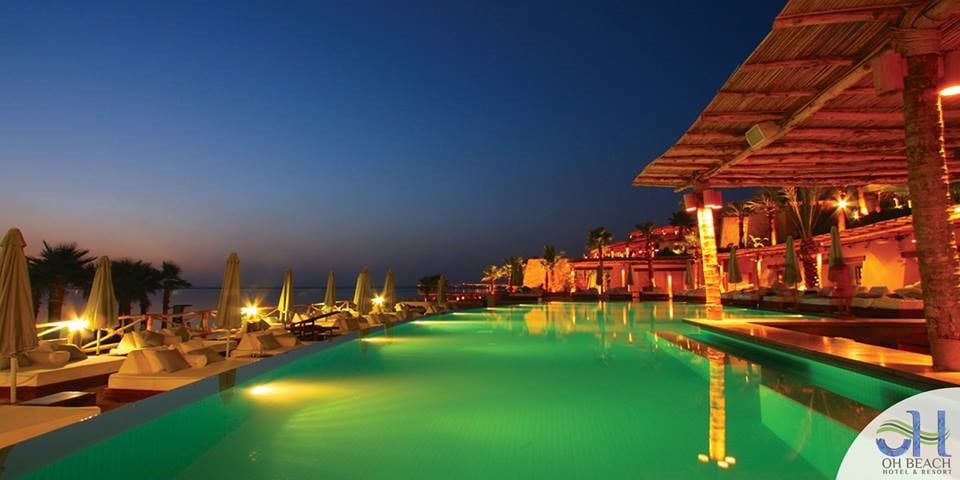 Oh Beach on the Dead Sea beach has established itself as the new “Jordan beach holiday spot”. As the only five-star in the area, Oh Beach portrays a pure delight for luxury beach addicts and generates an exclusive beach sensation that has become the Oh Beach signature experience. The resort spreads over 33,000 square meters of land that sports an enticing 250-meter stretch of Dead Sea shore. Its distinctiveness resides in the detail-driven Mediterranean architecture and palette of lively colours as well as its impeccable service, hospitality, and welcoming staff.

Oh Beach, while being a family-friendly day beach and a modish destination for the fun-loving younger crowds, also caters to an approximate of 1,200 beach lovers and 1,500 nightlife aficionados. With dining facilities through matchless style and service, its array of diverse and innovative cuisine and the sensational bars, Oh Beach is a forerunner in relaxation and entertainment. What makes this resort in Dead Sea Jordan a true masterpiece is its exceptional beach concept.

The Dead Sea region in Jordan is one such place that keeps getting better the more you explore it! Visiting the above-mentioned places will provide some of the most amazing experiences you can experience in the whole world. Planning a tour abroad? Give Jordan a good thought!