Blog › What Makes the Bhangarh Fort of Rajasthan the Most Haunted Place of India? 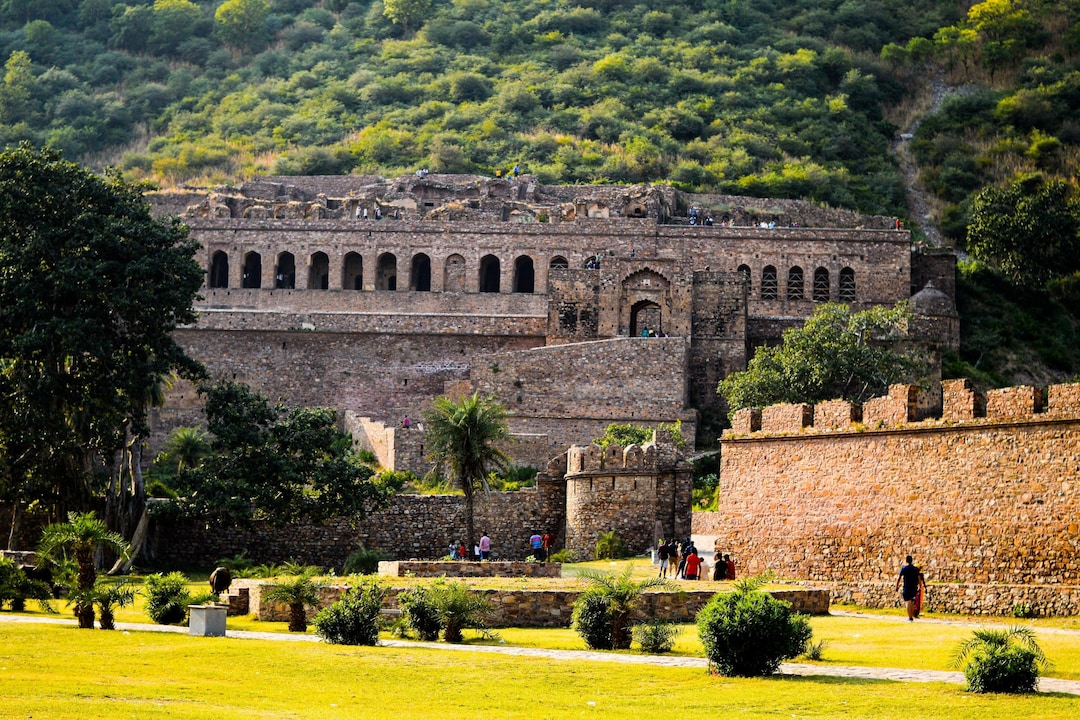 What Makes the Bhangarh Fort of Rajasthan the Most Haunted Place of India?

With a visage and aura that seem to have stepped out of a horror story, Bhangarh Fort has been a topic of hot discussion since times long forgotten. Many people call it dangerous while many others say it is haunted; but the fact remains that the fort, surrounded by legends and mystery is one of the best places to visit in Rajasthan.

Many people have labelled Bhangarh Fort, locally known as Bhangarh ka Kila, the most haunted place of India and you will seldom be able to find someone to debate the claim. However, what is it about this 17th-century fort that earned it this moniker? What is it that still gives rise to a feeling of trepidation when people talk about visiting the place? Why does it stand so desolate and in disrepair, which only adds eeriness to the whole story of the Bhangarh Fort? Is Bhangarh Fort really haunted?

What is the Story of Bhangarh Fort?

The Archaeological Survey of India (ASI) had declared the Bhangarh Temple as a protected monument in 1951. But till now, the demarcation of the monument has not been completed. There may be many reasons for the delay in the process, but it has certainly fuelled the story of Bhangarh Fort being haunted. Standing like an ominous sentry towards the entrance to the fort is a board by the ASI that forbids entry to the fort after hours.

What stands out is how they have mentioned these timings for Bhangarh Fort. Instead of a concrete number, the board forbids entry into the fort after sunset and before sunrise, which sounds a little mysterious at the very least. In short, no one is allowed to be inside Bhangarh Fort at night, and as soon as darkness falls, the fort is barred to visitors.

The history of Bhangarh Fort tells us that the fort was built by Bhagwant Das for his younger son, Madho Singh. But after that, the story seems to have been lost amidst the pages of time and morphed by the chatter of rumours that surround the most haunted place of India.

If you were to travel to the region, you will hear numerous accounts of why Bhangarh Fort is haunted, however, there are two legends that seem to be the most popular.

Lost in the Shadows

More than a horror story about Bhangarh Fort, the first most commonly touted legend is about sheer forgetfulness. When the fort was being built, it is said that Madho Singh visited Bala Nath, an ascetic who lived and meditated nearby. He asked the sage for permission to build his fort to which the sage put forth a single condition. At no point should the fort be built so high that its shadow should fall upon the ascetic’s home, to which the king readily agreed and began building Rajasthan’s Bhangarh Fort.

As fate would have it, an ambitious successor of the king started adding to the fortifications vertically, the shadow of which covered Bala Nath’s home. That was what spelt doom for Bhangarh ka Kila, as the fort was cursed and has been abandoned and haunted since then.

According to the second legend, Bhangarh Fort in Rajasthan became the most haunted place of India because of a tantric called Singhia.

According to the legend, Princess Ratnavati, the daughter of Chatr Singh, was considered to be the jewel of Rajasthan, such was her beauty. She received many proposals for marriage and had a number of suitors vying for her favour. Among those suitors was a local tantric who knew he stood no chance with the beautiful princess.

What He Did Next: The Story Steeped in Bhangarh Fort’s History

In the market, Singhia saw the princess’s maid buying perfumed oil and seized his chance. He enchanted the oil so as soon as the princess would apply it, she would fall in love with him. Intimated about what happened, the princess threw out the oil, which fell on a boulder. The boulder was pulled towards Singhia and crushed him to death. However, with his dying breath, Singhia cursed the princess, her family, and the entire village around the Bhangarh Fort in Rajasthan. The very next year the entire population of Bhangarh is believed to have perished in a battle against Ajabgarh.

According to locals today, this curse is the reason why Bhangarh Fort is haunted as no one in the village or fort could be reborn and are doomed to roam the place, stuck in limbo.

Near the entrance, you can check out the ruins of what used to be the Johari Bazaar and the houses of the dancing girls (Nachni ka Mahal) on your way to the main fort. Even though the fort lies in ruins, it has three floors for you to explore.

A very curious fact that cannot be explained by any horror story about the Bhangarh Fort is the fact that all buildings in the fort and the houses surrounding it have no roofs. According to the locals, it is impossible to build a roof here as it collapses as soon as it is built. Maybe this can be attributed to the same reason why Bhangarh Fort is haunted, or maybe it has an explanation, but it goes without saying that it makes for an interesting phenomenon.

The all-pervasive spooky aura of the fort is broken by the presence of about half a dozen small, ancient temples dedicated to different deities, including Mangla Devi, Hanuman, Lord Gopinath, etc. Some of the temples are in fact the only buildings in the region that have managed to retain their roofs.

Bhangarh Fort has gained a lot of notoriety thanks to the legends that surround it, but the horror stories are not all that the fort has going on for it. Considered to be a hotbed for paranormal activities, Bhangarh Fort is also an archaeological hub. Many tools, carvings, and stone paintings by the early men have been discovered in the area, and the Lord Someshwar Temple near the fort has been discovered to be a spot for a natural spring and waterfalls.

Any place cannot be known as the most haunted place of India without having some recent stories to its name. Bhangarh Fort too of course is surrounded by unfounded urban legends. It is believed that the worst of misfortune befalls those who venture to stay in Bhangarh Fort at night, and the local population will happily narrate the story of three daredevils that spent the night inside the fort. Even though they had a flashlight, one of them fell into a well. As soon as he was rescued by his friends, they rushed to the hospital. However, on the way, all three of them were involved in a freak accident that killed all of them. There are several other similar stories that surround the legend of Bhangarh Fort. Whether you believe them or you do not is your own prerogative, however, it is these stories and strange whisperings that make Bhangarh Fort the most haunted place of India.

Other stories involve ghostly sightings, sounds of screaming, and much more.

Is Bhangarh Fort haunted? The answer to this may be contested but nothing can deny the haunting beauty of this old fort. Standing testament to an era long gone, shrouded in mysteries of truth and fiction, Bhangarh Fort is a destination worth visiting. Make sure you check the timings for Bhangarh Fort for when you visit as they change depending on the time the sun sets. Add a guided tour to your Rajasthan travel packages, so you can explore the fort with a guide and learn more about the history of the fort and the local lore that surrounds it. 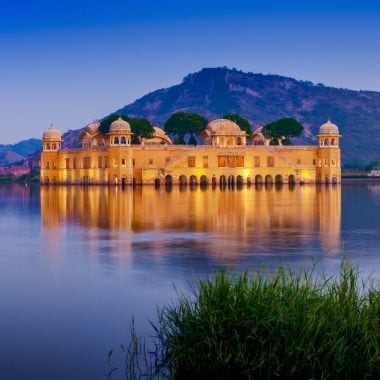