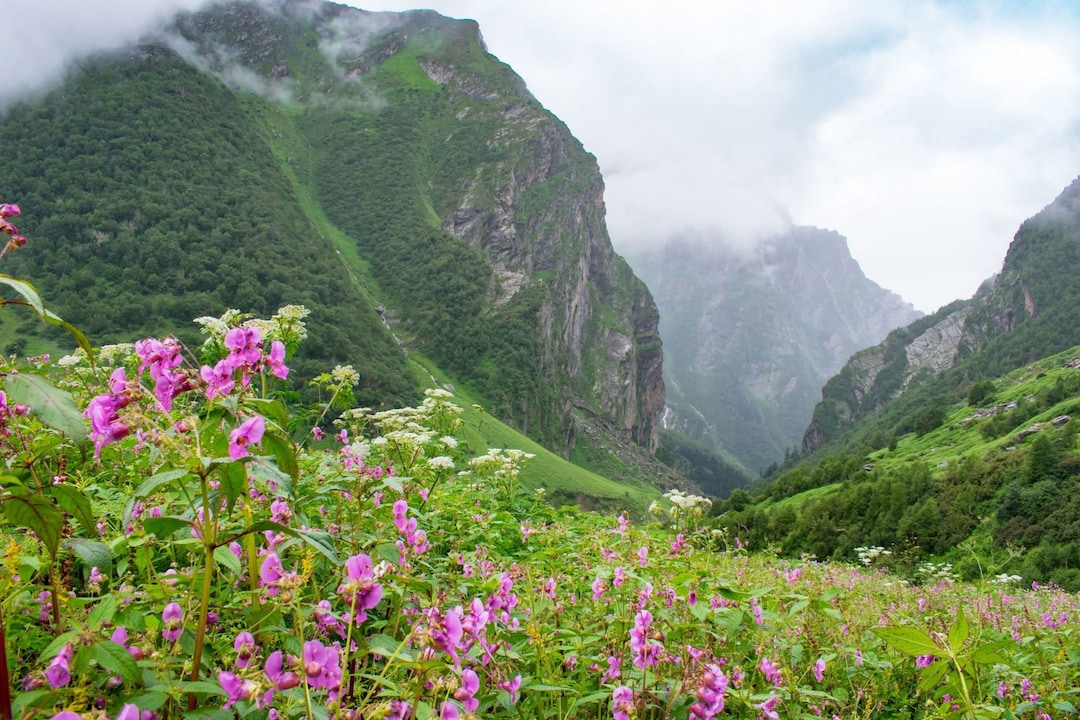 The Valley of Flowers, also known as Phoolon Ki Ghati in Uttarakhand, is one of the most exquisite and mesmerizing spots snuggled calmly in the West Himalayan region of Uttarakhand. Covering an expansive area of 87 square kilometres in the Chamoli District of Uttarakhand, the Valley of Flowers is set against the stunning backdrop of the magnificent Himalayan ranges. Discovered by the great mountaineer Frank S Smith in 1931 while returning from an expedition to Mount Kamet, this spot is nothing less than paradise on earth. This nature’s bouquet offers you lush meadows budded with endemic alpine flowers. So, be sure that you include the Valley of Flowers in your Uttarakhand tour package.

Apart from the valley, the dense lush forests along with the Pushpawati river, snow-clad mountains, high cliffs, pristine glaciers, and cascading waterfalls offer a stunning view. So, if you are someone who likes photography, bird watching, trekking, and village walks, this place will lure you. Other than its rich and diverse flora, the valley is also home to some endangered species like Asiatic black bear, musk deer, snow leopard, red fox, brown bear, and blue sheep. No wonder this chocolate box spot is an Indian National Park and a UNESCO World Heritage Site which makes it one of the most sought-after places to visit in Uttarakhand.

Set amidst the transitional zone of the splendid Zanskar ranges and the eastern and western Himalayas, it is a great spot for trekking and mountaineering. The 17-kilometre trek commences from a hamlet, Govindghat. The trail is enclosed by fascinating views of the gushing waterfalls, dense forest, and the lofty peaks of the Himalayas. 14 kilometres from Govindghat, you will find yourself in Ghangaria. It is a small hamlet and also the last human habitation centre on your way to the Valley of Flowers National Park in Uttarakhand.

Coiffed at an altitude of 4,329 meters, Sri Hemkund Sahib Gurudwara literally translates to ‘lake of snow’. Pilgrims also hire porters, mules, or helicopters to reach the Sikh temple at Hemkund Sahib and Valley of Flowers in Uttarakhand. It is one of the most sacred temples in the Himalayas and revered greatly by the Sikh community. The crystal-clear Hemkund Lake is surrounded by seven ice cap peaks and offers a spectacular reflection of the magnificent mountain ranges and the captivating glaciers, thus making the trek to the Valley of Flowers in Uttarakhand a lot more gratifying. It is a calm, tranquil and picturesque spot that attracts various pilgrims and tourists from all across the globe. No wonder it was once visited by Indian yogis and also the tenth Guru – Guru Gobind Sahib for meditation. Other than this, this place also holds special significance for Hindu followers. It is believed the Valley of Flowers is where Hanuman brought the magical herb to resuscitate Lakshman as described in the epic Ramayana. Many people continue to believe that ‘Sanjeevani’, the magical herb still grows in the Valley of Flowers.

Ghangaria is the last human habitation centre in your trek before you reach the Valley of Flowers. It is also the confluence of Hemganga and Pushpawati River, earlier known as Lakshman Ganga. While it is covered in snow most of the year, it is advised that you plan your trip between the months of May and September. However, your strenuous trekking will be worth it when you have a look at this quaint and tranquil village. It is a great place for hiking, village walks, or to witness nature and its wilderness in its true sense.

The Valley of Flowers is a hidden jewel of Uttarakhand and its mere sight is bound to make you fall in love with nature and its beauty. With more than 650 species of flowers like orchids, saxifrages, blue poppy, sediams, lilies, calendula, Geranium, marigold, Himalayan rose daisies, river anemone, primulas, zinnia, and petunia, you will find yourself in a natural baroque of flowers. Maybe this is the reason that the site has earned the title of ‘Centre of Plant Diversity’. Apart from this, you will also stumble upon a variety of vivid butterflies fluttering around the colourful flowers.

For those interested in bird watching, the Valley of Flowers will be a delight! Home to exotic birds and Indian Himalayan birds, this place is bound to introduce you to a bunch of new birdies like the Himalayan golden eagle, Himalayan snowcock, snow partridge, snow pigeon, Himalayan monal, and sparrow.

The valley is accessible only between the months of June and October and the best time to visit the Valley of Flowers in Uttarakhand is between July and mid-August when it is in full bloom. Here is what you can expect during these months:

While the snow begins to melt and the seeds of the previous year’s plants start to germinate, you can witness tiny buds and sprouts that will soon turn into colourful and vibrant flowers. You can also catch a glimpse of some beautiful flowers like Reinwardtia Indica, Oxalis Corniculata, Viola Pilosa, Fragaria Nubicola, Thymus Linearis, Wild rose, Berberis Aristata, Gagea Lutea, and Marsh Marigold in the Valley of Flowers in June.

During this time, you can witness one of the most magical sights in Uttarakhand. You will be able to walk through a blanket of umpteen varieties of flowers, including huge collections of Epilobium. So, July would be the best time to visit the Valley of Flowers, Uttarakhand.

The Valley of Flowers blooms brilliantly until mid-August and you can come across various flowers and butterflies during this time as well, not to forget the spectacular landscape and the breath-taking views it has to offer. However, if you are planning on a trek, the best time would be from July to September. This is the time when the first monsoon rains have ended. As a result, you do not have to worry about the weather while planning your adventure activities. That being said, one should avoid visiting the Valley of Flowers, Uttarakhand during the winter season since all the lush and verdant meadows are completely covered in snow which will defeat the purpose of your visit.

The Valley of Flowers is more than a delight to your eyes, a world heritage site, and also the conversion point of Himalayan ranges of Western and Eastern Himalayas. It is truly a fragment of paradise right on earth that we get to witness. With the sparkling white glaciers, the snow-laden peaks, the cascading falls, and the tranquil lakes, it wouldn’t be far-fetched to say that Full Ki Ghati in Uttarakhand is the very essence of heaven! 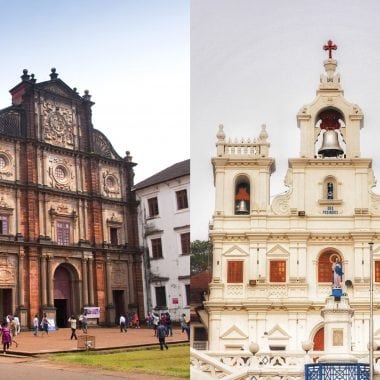