Tourist Places to Visit in Hyderabad

Often known as ‘The Pearl City’ and also ‘The New York of India,’ Hyderabad is a melting pot of rich culture and modernization. Being the capital of Telangana, the city is consistently thronging with sightseers from across the nation. From the Islamic and Persian architecture to the reminiscent markets with spice shops and from chai shops to biryani restaurants, there are loads of places to visit and explore in Hyderabad. The city of Nizams still exudes old-world charm while being the epitome of modernity.

Planning a sojourn to this magnificent city? Do ensure that you have the following spots included within the itinerary for your Hyderabad tour package: –

The former official residence of the Hyderabadi Nizams, the Chowmahalla Palace is one of the most cherished historic monuments of the city. Here, you can get a gist of the architectural taste of the rulers during that era. The palace was built by Nizam Salabat Jung and is known for its elegant and classic design. The construction of the palace began in the late 18th century, the era that has seen the emergence of various architectural designs and influences all across the world. Thus, the palace is a synthesis of various architectonics. It is also said that the palace is said to have been inspired by Tehran’s Shah Iran Palace. Stretched over 40 acres, the palace consists of two courtyards, the grand Khilwat (the Durbar Hall) while the stunning fountains and gardens add to the grandeur of the palace, making it one of the most famous places in Hyderabad.

Char Minar is the signature masterpiece of this beautiful city. The landmark is known globally as a symbol of Hyderabad and is also listed among some of the most acknowledged structures in India. With intricate architecture, the shrine is embellished by 4 minarets soaring over 50 ft in height and is the most coveted archaeological and architectural treasure by the people of Hyderabad. It was built in the year 1591 by Muhammad Quli Qutub Shah, in order to honor the establishment of Hyderabad. The monument is located in the heart of Hyderabad’s old city and is fenced by Mecca Masjid. Char Minar constitutes of a mosque and 45 prayer spaces which make it one of the most preferred spots during a Hyderabad sightseeing tour.

Sited alongside Char Minar, Laad Bazaar, a boisterous shopping street, is undeniably one of the top tourist places in Hyderabad. Renowned for its exquisite collection of bangles, the market has a dedicated choori bazaar that is loaded with authentic glass bangles. You can also come across some of the most stunning jewellery pieces here as the place is famous for semi-precious stones, pearls, jewellery products such as silverware, Nirmal, lacquer bangles studded with stones, Kalamkari paintings, and bidriware. You can also shop clothing items like saris and handwoven materials of silk, cotton, brocade, velvet, and gold embroidered fabrics, traditional Khara Dupattas, and even perfumes or ittar.

So, do not miss out on this amazing place and grab on some souvenirs from here which will help you cherish your trip to Hyderabad. Also, bargaining and haggling are quite common here, so be sure to get the best deal.

Hussain Sagar Lake is the largest man-made lake in Asia that has been ornamenting the twin cities of Hyderabad and Secunderabad since 1562. The fact that it is heart-shaped makes it one of the best places to visit in Hyderabad for honeymooners. In the year 2012, Hussain Sagar Lake was declared as the ‘Heart of the World’ by UNWTO since it is the largest heart-shaped mark in the world. Adding to its allure is the monolithic statue of the Buddha installed right in the center of the lake in 1992 which stands on Gibraltar Rock that was placed in 1563 by Ibrahim Quli Qutb Shah.

Located on the outskirts of the bustling city of Hyderabad, the Golconda Fort overlooks the city from a 400 ft hill. Once built-in mud, the relics of the medieval fort have witnessed the reign of a myriad of dynasties. Originally deriving its name from a Telugu word – Golkonda, meaning shepherd’s hill, is a fortified citadel. The Golconda Fort is known to have once included 87 semi-circular bastions, eight gateways, four drawbridges, with various royal apartments, halls, temples, mosques, stables, and a lot of other structures as well.

Also, the Golconda region has produced some of the world’s most famous diamonds, including Kohinoor. So, be sure you include this spot in your ‘places to visit near Hyderabad’ list.

Entrenched against the gorgeous backdrop of Ibrahim Bagh, Qutub Shahi Tombs are some of the most visited places in Hyderabad. These are the final resting grounds of rulers of the pioneer dynasty of Hyderabad. The center of each tomb is a sarcophagus that covers the actual burial vault in a crypt underneath. The masterpiece depicts an amalgamation of Persian, Hindu, and Pathani architectural designs. Each of these designs is dedicated to the seven different rulers who reigned over Golconda for 170 years. You can embark on a cultural walk beside this work of art and take a glimpse of the enthralling beauty of these stunning architectural marvels. So, be sure that you include Qutub Shahi Tombs in your ‘places to see in Hyderabad’ list.

Mecca Masjid, also known as Makkah Masjid, is a congregational mosque in Hyderabad and is also one of the largest mosques in India. With a capacity of 20,000, Mecca Masjid is the oldest mosques in the city that is about 400-year-old. Muhammad Quli Qutb Shah, the fifth ruler of the Qutb Shahi dynasty, commissioned bricks to be formed with the soil that was brought from Mecca (the holiest site of Islam). These were the bricks that were used in the construction of the central arch of the mosque which gives the mosque its name.

Apart from the sanctity of the mosque, magnificent structure and marvelous architecture add up to its charm. This is quite evident in its three-arched façade carved from single granite that took around five years to quarry. This makes it one of the must-visit tourist places in Hyderabad. While Muhammad Quli Qutb Shah personally laid the foundation stone, over 8,000 workers were employed for the construction of the mosque.

Once you have covered all these places, you also have several hill stations near Hyderabad to explore.

Hyderabad is a lot more than the words which depict it. The rich cultural legacy, the thriving hub of information technology, a site for archaeological ruins and treasures, home to the Nizami heritage, birthplace of the delectable Mughlai Biryani, and the original home to Kohinoor, Hyderabad is simply spectacular! 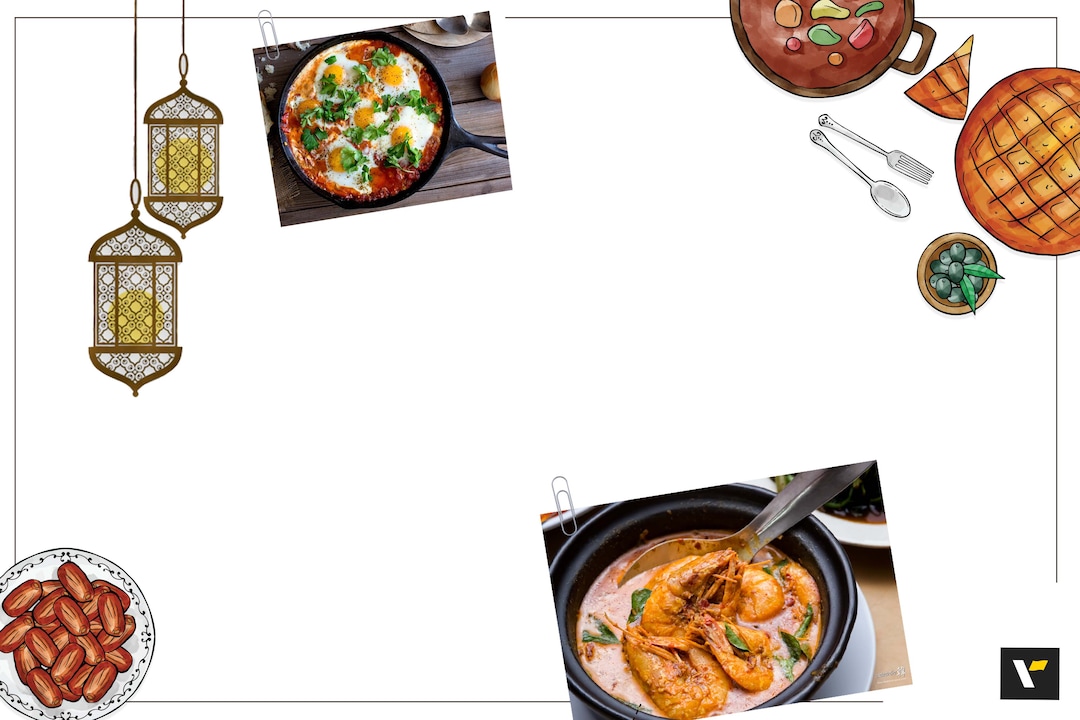 10 Delicious Ramadan Iftar Recipes from Around the World

Tourist Places to Visit in Kanyakumari