Bhutan, as one of the mystical and lesser travelled to destinations of the world, sparks a lot of conversations among travellers. Having a huge list of monasteries, Buddhist relics, forts, and trekking spots, Bhutan has everything in store for a travel enthusiast. The country has the breathtaking view of the mighty Himalayas, scenic valleys, and abundant varieties of flora and fauna. The rivers rising from the Himalayas keep you engrossed in their beauty. Offering the perfect setting for experiences and sceneries, the act of exploring the many tourist places in Bhutan is magnetic and satisfying in equal measure.

The month of May provides one of the most favorable times to visit different places in Bhutan. If you too have selected this month for travelling to Bhutan, then kudos to you, for you’ll get to experience the Zobel Tshechu festival, one of the most important festivals of Bhutan. It is a Buddhist festival held in Zobel, and is a visual treat for travellers.

Here are some of the places that must make their way into your itinerary when it comes to places to visit in Bhutan in May: Being the second largest dzong in Bhutan, the Punakha Dzong is famous for the outstanding structure it has. Dzong is a site of architectural brilliance where you’ll find an altogether different type of fortress. This type of architecture is generally found in the Tibetan areas of China and Bhutan.

Punakha Dzong is symbolic in terms of the stories it has to tell of the beautiful traditions of the Buddhist culture. Considered as the most stunning dzong in the country, it is situated at a height of 1200 meters. An interesting fact about this dzong is that no nails are used in its construction. On visiting the Punakha Dzong, you will see that the beautiful architecture and the intricate paintings which are hard to miss out on. The sacred remains of tertön Pema Lingpa and Ngawang Namgyal are key attractions of the place. For what it has to offer as a tourist place, this Dzong is undoubtedly one of the best places to see in Bhutan. Dochula Pass comprises of 108 stupas or Chortens constructed by Wangmo Wangchuk. Surrounded by the spectacular Gangkar Puensum peak, the Dochula Pass is one of the most attractive places to visit in Bhutan. Situated on the way to Thimpu and Punakha, the Dochula pass is a popular tourist location. On reaching the pass, you get a breathtaking view of the Himalayas. This place is ideal for a picnic as well, affording you to have some hot tea and lunch while you admire the beauty of the Dochula pass.

Another stupa here that’s known for beautiful interiors is The Memorial Chorten, Thimphu. It is a Tibetan style stupa situated in Thimphu. Do not miss this place on your pursuit to explore the tourist places in Bhutan. The place is a haven for photographers. 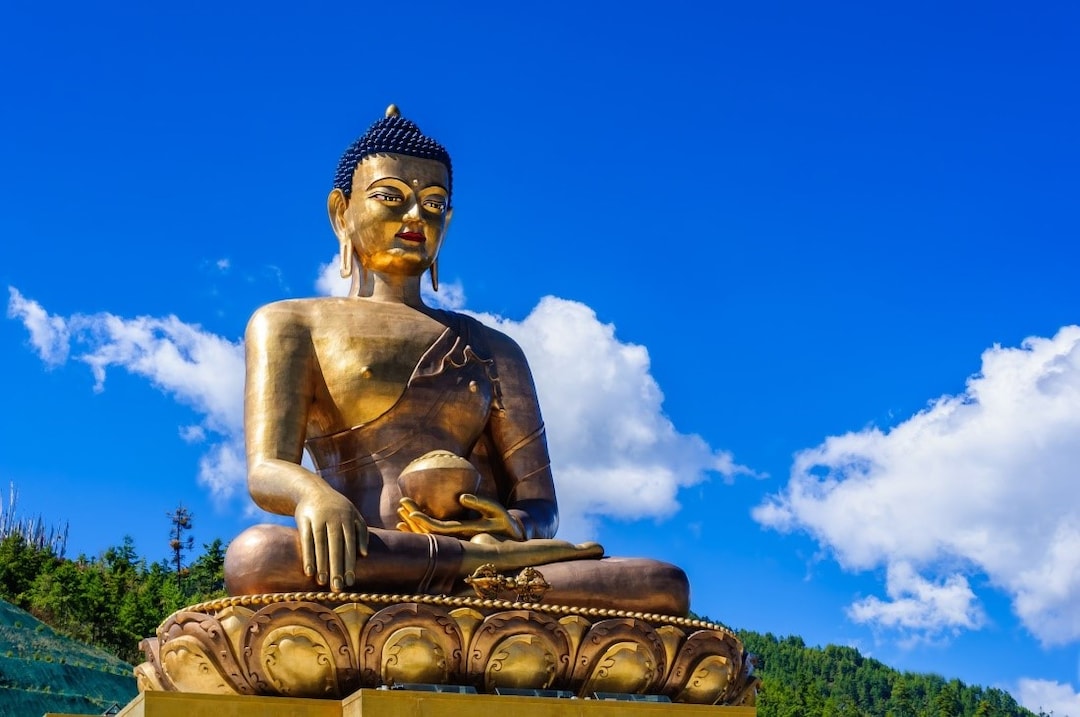 Standing tall at 169 feet, the Buddha Dordenma statue is a statue of Buddha situated in Thimphu. The beautiful bronze and gold statue can be seen from almost any spot in Thimphu, and finds its name in the list of best places to visit in Bhutan. It is a giant statue situated at a high mountain peak in Bhutan which symbolizes the country’s dominant religion. There is also the Kuensel Phodrang Nature Park in the surroundings that you can visit. 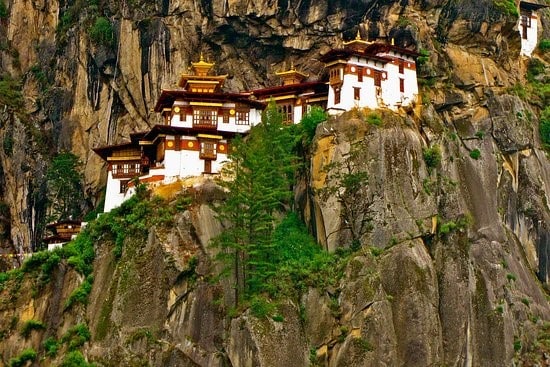 Also called as Taktsang Monastery, the Tiger’s Nest is among the most famous places to visit in Bhutan. Situated in Paro, the Taktsang Monastery is a sacred, visually stunning monastery of Guru Rinpoche. An easy yet enjoyable trek for travelers, the monastery is a place of pilgrimage in Bhutan. Set amidst the spectacular view of the Paro Valley, the Tiger’s Nest is, without a doubt, one of the best places to visit in Bhutan in May.

You come across a cave temple and several other smaller temples inside the premises of the monastery. The place has a rather intriguing history; it is said that Guru Rinpoche, also known as the second Buddha, rode to this very spot on the back of a tigress in order to suppress a demon. Being credited as the most religious site of Bhutan, the tiger’s nest is located on a cliff above rich forests that contain thousands of species of blue pine and rhododendrons.

Other monasteries to visit in Bhutan are the Cheri Gompa Monastery to witness peaceful environs, and the Tango Monastery which is a Buddhist institute that has many interesting mythological stories associated with it. These monasteries are among the best places to see in Bhutan, ones which you’ll have to visit to believe. Situated in Thimphu, Norzim Lam Street is a shopper’s delight. Here, you will find plenty of items, such as souvenirs, local wine, woolen clothes, and crafts. The key attractions of the place are the textile buildings and the traditional attire of Bhutanese women and men. If you like knick-knacks, you’ll find a lot of things to buy at Norzim Lam Street. From handicrafts to artwork, from local stalls to shops – you’ll find it all in here. This is one of the places in Bhutan where you can have a localized shopping experience in the country. 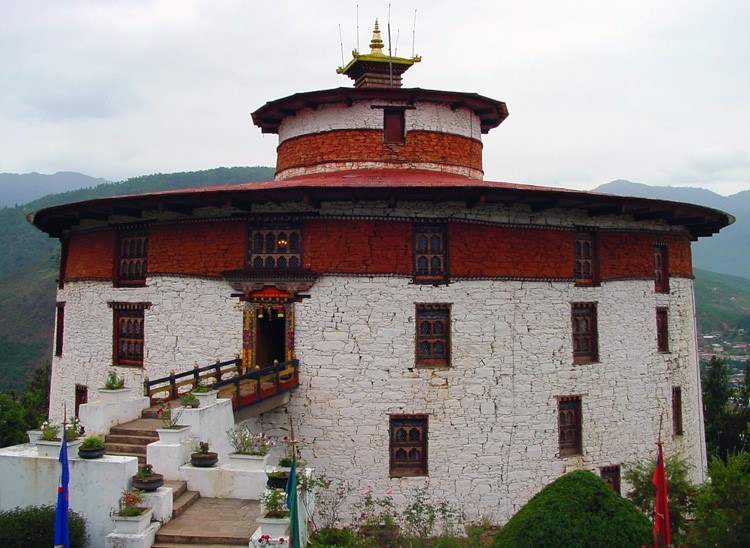 Constructed in the year 1968, the National Museum of Bhutan was built to display the popular Bhutanese art. From ancient statues to contemporary paintings, the museum houses around 3000 masterpieces, and displays the cultural heritage of the country. The major attractions of the place are the galleries, bronze statues and the paintings. Visiting the National Museum of Bhutan at night is a visual treat, as the entire place lights up to look stunningly beautiful. The museum comes under the list of the best places to visit in Bhutan, especially for history buffs.

The peaceful environment of a country that’s so beautiful and serene is not something you should miss out on. Once you are done exploring the tourist places in Bhutan, one thing is for sure; you will definitely be left wanting for more. If you wish to make the most of your Bhutan trip, a good way to go about would be to opt for one of the Bhutan tour packages that align with your budget and travel preferences.