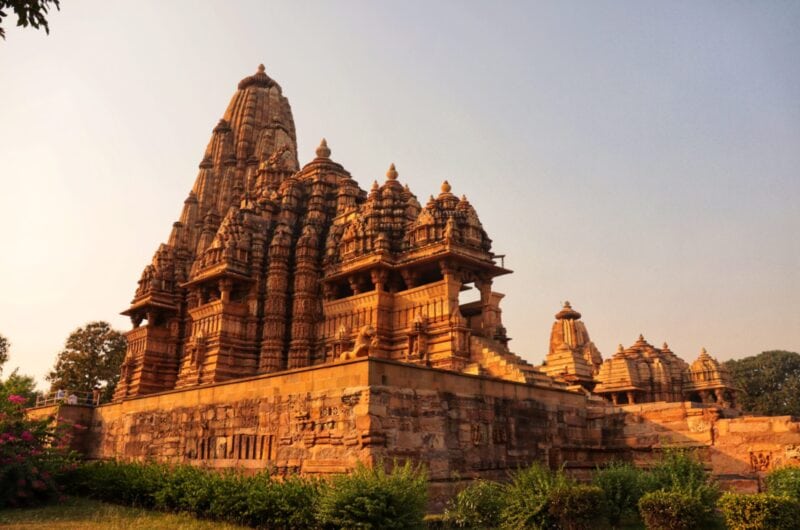 Things To Do In Ujjain That You Need To Know About

Located on the banks of River Shipra, Ujjain in Madhya Pradesh is one of the holiest cities in India. It is particularly famous for being the home of Mahakaleshwar Jyotirlinga and is frequented by devotees of Lord Shiva year-round.Ancient temples form an integral part of this city and continue its tradition of greatness.Ujjain is one of our country’s most ancient towns and was once the capital city of the legendary Emperor Vikramaditya.The site of the grand Hindu spiritual festival – the Simhastha Kumbh Mela, which takes place once in twelve years in the Hindu calendar month of Chaitra (March–April), is a popular attraction for tourists in Ujjain.

It’s a celebration of faith in divinity and spiritual awakening which sees millions of devotees, including saints and monks across the country taking a dip in the holy Kshipra, the only river that travels straight from South to North.Ram Ghat is where millions of pilgrims gather during this event. The aarti here is renowned and the ghat is known to be the oldest bathing ghat in Ujjain.

Devotees visit the Ram Ghat all year round for the ritual bath to wash away their sins.You can even experience the fun of boating on the tranquil waters of the Shipra River while you are in Ujjain. Ujjain tour packages let the tourists explore every nook and corner of the city marked by some of the other architectural wonders. There is much more to learn about this place and know about the things to do when you are in Ujjain.

If you are looking for a peaceful way to spend your evenings in the city, taking a boat ride will be perfect. This holy ghat is situated on the banks of the Shipra River and is a prominent spiritual spot in the country. The calm waters of the river are just right to rejuvenate your mind and soul and fill you with tranquillity.The ghat looks mesmerising in the evening, with the setting sun as the backdrop. So, taking a boat ride during this time is undoubtedly one of the best things to do in Ujjain. You can also listen to the chants of evening aarti and explore many beautiful religious places around the ghat. Ram Ghat is also where the popular Maha Kumbh Mela is hosted once every 12 years which is indeed an attraction for every visitor that plans to witness the Maha Kumbh in Ujjain.

2. Pay your respect at the temples

There is no greater reason to visit Ujjain than to explore the unbelievable range of prominent temples it is home to. Hence, the holy city is frequented by thousands of devotees and pilgrims looking to experience spirituality. Some prominent temples to visit in Ujjain are Shri Mahakaleshwar Temple, Kal Bhairav Temple, ISKCON Temple and Mangalnath Temples whichdelight the visitors with their architecture, divinity and the feeling of calm and peace they deliver.

3. Experience the holiness of Gomti Kund

This place should be a part of your itinerary or on your list of things to do in Ujjain. A place of great religious significance, Gomti Kund is located near the banks of the Gomti River and is frequented by Lord Krishna’s devotees from across the country. The kund is situated near Sandipani Ashram on the outskirts of the city. It is believed that this is the ashram where Guru Sandipani taught Lord Krishna. This holy site wears an air of calm and peace, and visiting it to experience its holiness is one of the most spiritual things to do in Ujjain.

4. Take a Holy Dip in the waters of the Shipra River

Shipra River is one of the holy rivers according to Hinduism and hence, attracts a huge rush of pilgrims and tourists curious to observe Hinduism closely. The river even finds mention in the religious texts of Hindus and has scores of prominent temples on its ghats. One of the major reasons why this river is so hugely popular and considered a major tourist attraction near Ujjain is that the famous Kumbh Mela is held once every 12 years on Ram Ghat.  It is believed that taking a dip here purifies one’s soul and body, and is one of the best things to do in Ujjain. Even if you cannot attend Kumbh Mela, do take a dip here to experience the divinity of the Shipra River.

5. Visit Ujjain during the Kumbh Mela

Kumbh Mela, one of the most popular Hindu festivals, is locally known as Ujjain Simhashta and is attended by thousands of devotees and Sadhus from across the country. The largest mass gathering of Hindu pilgrims, Kumbh Mela is a unique concept in itself, listed by UNESCO as one of the Intangible Cultural Heritage of Humanity. It is held every 12 years at Ram Ghat, located on the bank of the holy river Shipra. So, if your time of visit coincides with this huge carnival, you must attend the Maha Kumbh Mela as it is a lifetime experience and one of the best things to see in Ujjain. Apart from offering prayers and performing different rituals, devotees take a dip in the holy river to wash away all sins. The event promises an enriching experience for those looking to immerse in spirituality. Therefore, attending this unique and vibrant festival is one of the best things to do in Ujjain. 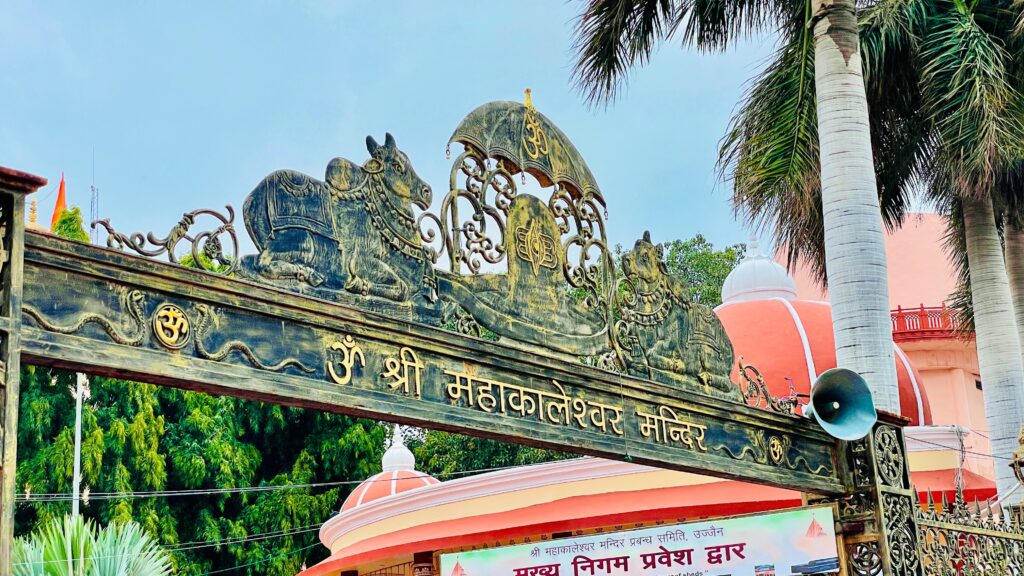 6. Observe local life by the river

Even if you’re not interested in the religious significance of Ram Ghat, it’s still worth spending some time there to observe daily life.The ghat stretches for about a kilometre (0.6 miles) along the river and it’s possible to stroll from one end to the other. Early mornings are really evocative, when the sun’s rays warm the temples, the clang of temple bells vibrates through the air, and people perform their morning devotional rituals. Find a quiet spot to sit and relax, and the hours will disappear as you soak up the peaceful vibe.

7. Go around visiting the old city

Just as much as Ujjain is a city of temples, it’s also a city of alleyways. Tangles of lanes maketheir way from the railway station down to the river bank. Some are so narrow that cars can’t pass through but they’re ideal to explore on foot. Those around Gopal Mandir, in the heart of the Old City, are perfect for getting lost in. You will never know what will unfold beyond each corner. Besides wandering along Ram Ghat, this is one of the best things you can do to get an authentic feel for the city! You will come across many sightseeing attractions when you explore places near Ujjain.

8. Admire the Architecture of Kaliyadeh Palace

Continue a few kilometres north of Behrugarh and you’ll reach the ruins of the 15th-century red sandstone Kaliyadeh Palace. It was built on the Shipra River during the reign of the Sultan of Malwa, Mahmud Khilji, and has superb domed Persian architecture.Inscriptions in one of the long corridors of Kaliyadeh Palace indicate that it was visited by influential Mughal emperors Akbar and Jahangir. This place makes one of the major sightseeing attractions near Ujjain for tourists to explore the remarkable architecture.

The enchanting city of Ujjain will surely absorb you in its sacredness and serenity. One of the most popular pilgrimage cities in the country, this little city of temples has a lot to offer to its tourists. Make sure to visit each of these remarkable places on your next trip to Ujjain. Remarkable Things to Do In Varanasi to Make Your Trip Memorable! 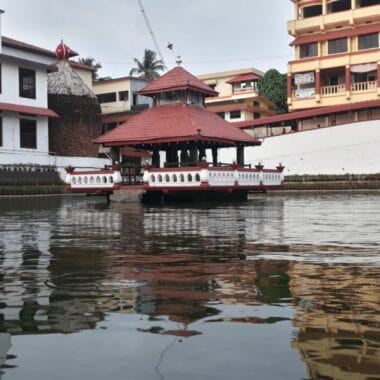 8 Reasons to Visit the Small Coastal Town Of Udupi