Blog › The Best Safari Destinations in Africa: An Ultimate Guide 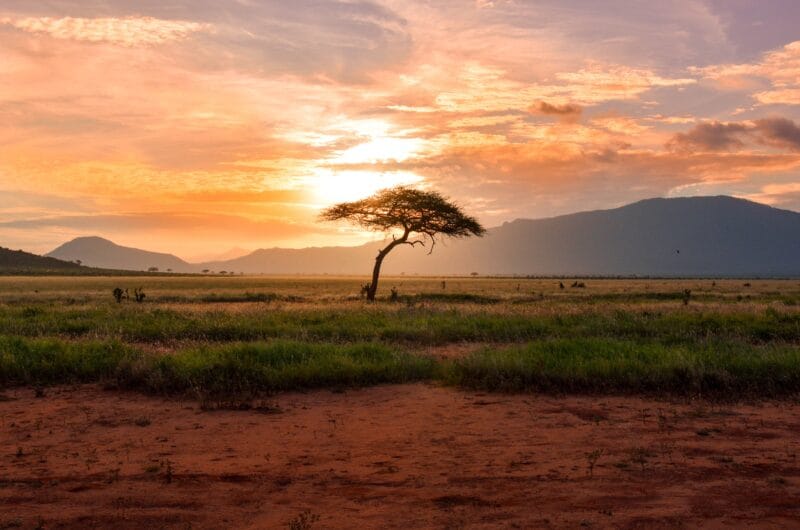 The Best Safari Destinations in Africa: An Ultimate Guide

Safaris, which are named after the Swahili word for journey, have developed over time. Whereas they used to be primarily about hunting and “roughing it” in the bush, they are now primarily for watching and photographing animals and come in each and every level of luxury and budget possible.

Wildlife safaris have become a worldwide phenomenon, but Africa continues to be one of the best continents to visit for nature and wildlife enthusiasts. That’s why Africa has the best wildlife safari in the world. From famous East African countries like Kenya and Tanzania to up-and-coming biodiversity hotspots like Malawi, Namibia, and Rwanda, here are 8 of the top safari in Africa.

The Maasai Mara has always been at the top of the list when it comes to the best safari destinations in Africa. This outstanding national park in southwest Kenya, bordering Tanzania, has all you might desire in a safari, with over 500 species of birdlife and 100 species of mammals. It’s also one of the best spots to go in Africa if you want to witness the Big Five, (lion, leopard, Cape buffalo, rhinoceros, and elephant).

While this incredible reserve is open all year, the ideal times to visit are between July and October, when the magnificent wildebeest migration is taking place, or between December and February, when the chances of seeing more big cats are higher. Kruger National Park is not only known for its world-class safaris and stunning mountain, plain, and tropical vegetation scenery, but it is also one of Africa’s biggest wildlife reserves.

Kruger National Park, which is nestled in northeast South Africa, is home to 505 birds, 338 trees, 146 animals, 113 reptiles, 51 fish, and 38 amphibians, among other species. The Big Five can be seen, but keep an eye out for the ground hornbill, wild dog, and fish eagle as well.

This is a terrific safari for a self-guided tour if you want to be independent and travel on your own terms.

The Serengeti is what most people develop a strong sense of an African wildlife safari, and understandably so, as it has inspired numerous films and books. The Serengeti National Park, the Ngorongoro Conservation Area, and its Kenyan neighbour, the Maasai Mara National Reserve, protect the world’s largest and most diverse collection of terrestrial animals, as well as one of the world’s remaining major migratory systems.

This migration also brings it to the top of Africa’s best animal safaris list. Almost one million wildebeest and 2.5 million zebras migrate south for the rain during October and November and then migrate northwest 6 months later. It’s also an excellent site to witness cheetahs and lions in action as they hunt the surrounding herbivores. This centrepiece is the finest safari in Africa.

Hwange National Park is Zimbabwe’s biggest park, and it’s only an hour’s drive south of Victoria Falls. It’s really the only place in the region where you may observe gemsbok and brown hyena, covering 14,850 square kilometres. While the elephants are popular, you should also visit them since it is the best African safari for spotting wild dogs.

You won’t want to miss the spectacular sunset at Dom waterhole, whether you camp here or just visit for the day. You also can stay later to watch the moonlight game.

Ngorongoro’s stunning volcanic crater is its crowning glory, cementing its status as one of Africa’s top national parks. This magnificent natural wonder is the world’s biggest unflooded and intact caldera, measuring 20 kilometres across, 700 meters deep, and covering 250 square kilometres.

From the historic Oldupai Gorge to the opportunity to meet the Maasai tribe, this World Heritage Site has much more to attract visitors than spectacular safari in Africa. Because of its excellent guiding and small, owner-run lodges that promote an all-around bush experience, Zambia’s finest park is widely regarded as a destination for the most discerning. Nonetheless, South Luangwa is a great place to visit if you’re a first-time visitor. Apart from rhino and cheetah, the game concentrates in large numbers around the dwindling river and its hippo-choked lagoons towards the end of the dry season, and you can enjoy the easy sight of a wide range of animals.

Night drives allow visitors to experience the excitement of watching big cats on the prowl — there is no finer park for leopards – while guided walks provide an intriguing ground-level view of the jungle. This park is famed for being the birthplace of the walking safari.

For the independent traveller, this is a difficult trip – this is a more high-end lodge area. However, you can expect a fantastic all-around safari for your money, loaded with lovely creatures, and exquisite attention to detail.

The Kalahari’s sandy grasslands and woods are an arid, difficult environment with a lot of nomadic wildlife. Early in the year, from January to May, when rains bring new growth and tens of thousands of springbok, gemsbok, rhinoceros, eland, and other animals come for grazing, this place is at its best. Cheetahs, both varieties of hyenas, and the Kalahari’s iconic black-maned lions are among the predators. Meanwhile, a diverse population of specialized residents includes everything from ostriches to meerkats.

Until recently, visitors could only visit this vast wilderness (at more than 50,000 square kilometres, it outpaces the Serengeti, Kruger, and South Luangwa combined) on a mobile safari. Two permanent camps are now located within the park, in addition to the ones that are located outside. Some species, including elephants, hippos, and buffalo, are not present, making game watching difficult. The scale and solitude, though, are remarkable.

Uganda is well known for gorilla trekking, and its wildlife parks are generally overlooked because Kenya and Tanzania receive the majority of East Africa’s safari visitors. True, there was a lot of poaching in this park during the country’s recent turmoil, but the wildlife is returning with remarkable rapidity.

Elephants and buffalo now wander the lakeshores, while hippos swarm the Kazinga Channel and Ishasha’s tree-climbing lions feast on the numerous kob, waterbuck, and many other antelope.

While the first-time safari-goer should expect plenty of big game, the more seasoned safari-goer will appreciate the uncommon variety of habitats for such a small park. This safari path in Africa leads to chimps in jungle gorges and endangered shoebills in papyrus marshes. By any measure, the 600 species on the bird list are outstanding. There’s a wide choice of activities and hotel options, including boat tours, all set against the background of the Rwenzori Mountains.

Best time to visit Africa for a safari

If you’re just looking for the big game, the end of the dry season is best, when wildlife flocks to water and limited vegetation improves visibility. The shrub bursts into leaf when it rains, cattle disperse, and some areas become unreachable. The wet season, on the other hand, offers young mammals, improved birdlife, beautiful skies, and fewer tourists. In southern Africa, the rainy season runs from November to March; in East Africa, the pattern is more complicated.

Each one of Africa’s finest safari spots offers an incredible opportunity to learn more about wildlife, take pictures, and admire the beauty found only in these beautiful parks and reserves. So, book your Africa tour package now and enjoy these beautiful safari destinations. 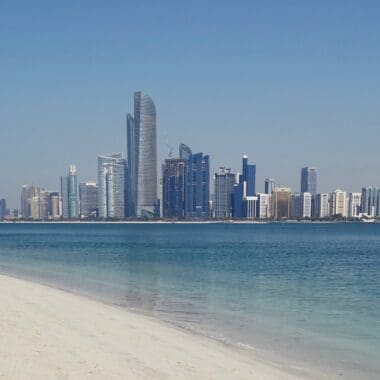 Best Hotels in Abu Dhabi for a Perfect Vacation Books - A gateway to a whole new world