When we talk about Hanoi, the places to visit are aplenty as it is the second-largest city in the mesmerizing country of Vietnam. Located in the northern half of the country, Hanoi, with its unique characteristics, is the commercial, cultural, and political capital of Vietnam. As a result of its rich history and vivid French colonial past, Hanoi has several tourist places that travellers can visit to get a glimpse into the history of the city.

Monuments from the time of the French occupation of Vietnam can be seen all over the city which inadvertently contributes to the distinguished old charm of this metropolitan destination. Hanoi is also often referred to as the ‘City of Lakes’ owing to a large number of water bodies present here. The blend of modern urban culture with the heritage of Vietnam results in a spectacular experience for travellers visiting the city. Places such as Hoan Kiem Lake, Bach Ma Temple, and the Temple of Literature are some of the top tourist attractions in Hanoi that attract travellers from all over the world to this city. Even with the busy crowds, the chaos is organized.

Here are some of the best tourist places in Hanoi that you must experience during your trip: – 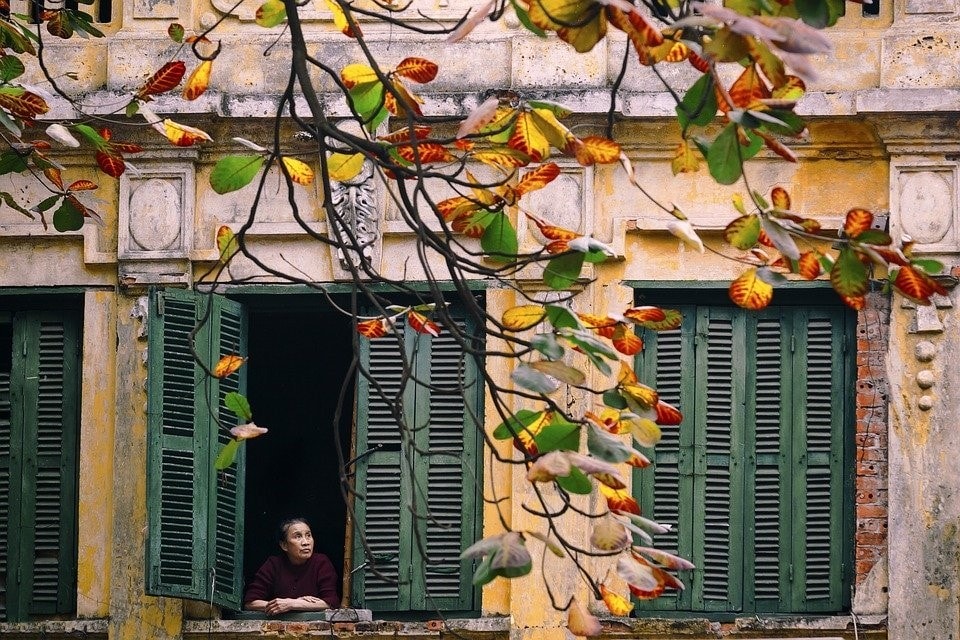 The Old Quarter is perhaps the oldest neighbourhood of Hanoi. The area is famous for its architecture and for being an epicentre for the cultural activities of the city. The Old Quarter became an important part of the city during the French occupation of Vietnam. It was during this period that several structures were constructed here.

Today, this area is one of the busiest places to visit in Hanoi. It is full of hotels, restaurants, gift shops, and examples of the magnificent French architecture make it an integral part of Hanoi sightseeing.

One can even engage in the local culture by browsing through the variety of handicraft items being sold in the markets. To add to the experience, the cuisine options available here are an absolute delight. Traditionally prepared Cha ca and Mien Xao Luon are the two delicacies that you must try here. The nightlife of Hanoi also comes alive in the Old Quarter, thus making it one of the best places to visit in Hanoi for everyone. 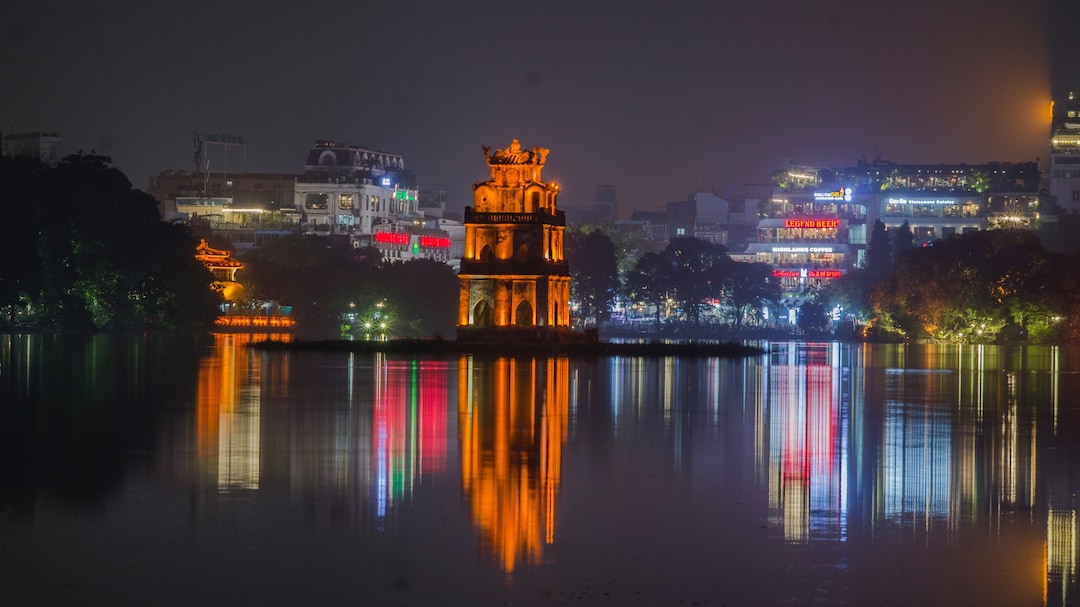 The Hoan Kiem Lake is located right in the middle of the city of Hanoi. The lake is one of the most beautiful places to visit in Hanoi because of its atmosphere and surroundings. It has an extremely calming ambience and is perfect for some unwinding and relaxing after a busy day of touring through other Hanoi attractions.

The Ngoc Son Temple is located towards the northern side of the lake on a small island. Built in the 18th century in honour of General Tran Hung Dao, the Pagoda of Jade mountain is also one of the popular places to see in Hanoi.

Legend has it that the golden turtle god; Kim Qui in 1428 rose to the surface of the lake and asked Emperor Le Loi to submit his magical sword. Even today, turtles can be seen swimming below the surface in this pristine and calm lake. 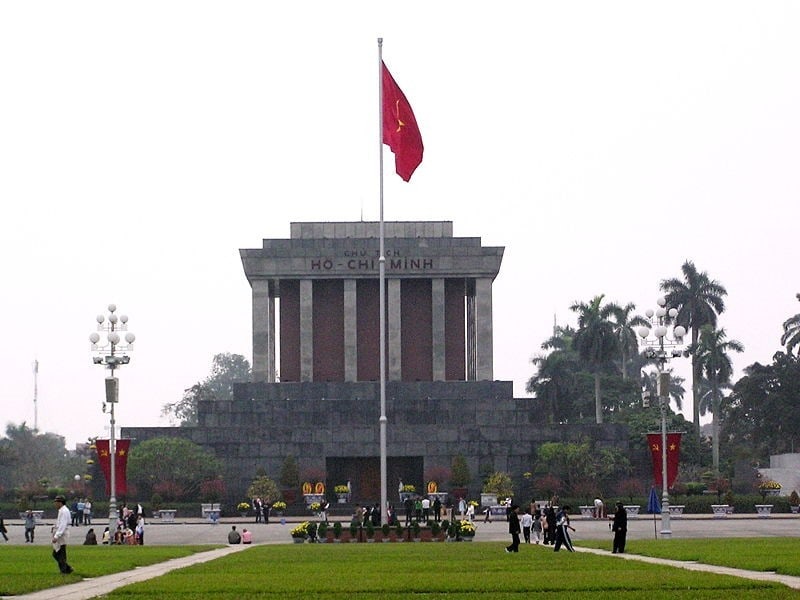 Ho Chi Minh is celebrated as one of the most loved and revered leaders of Vietnam. The first President and Prime Minister of the Republic of Vietnam, Ho Chi Minh is a national hero, and this mausoleum is where his remains are preserved intact for the people of Vietnam and the world to pay their respects.

Preserved in a glass box, like the fierce Leader of Russia, Lenin, the mausoleum is a tribute to the contributions that Ho Chi Minh and is made to the formation of the Republic of Vietnam. The site of the mausoleum, apart from being a site of homage, is also the exact same place Ho Chi Minh had declared the independence of Vietnam and its people. The sight is, without a doubt, among the best tourist places in Hanoi. 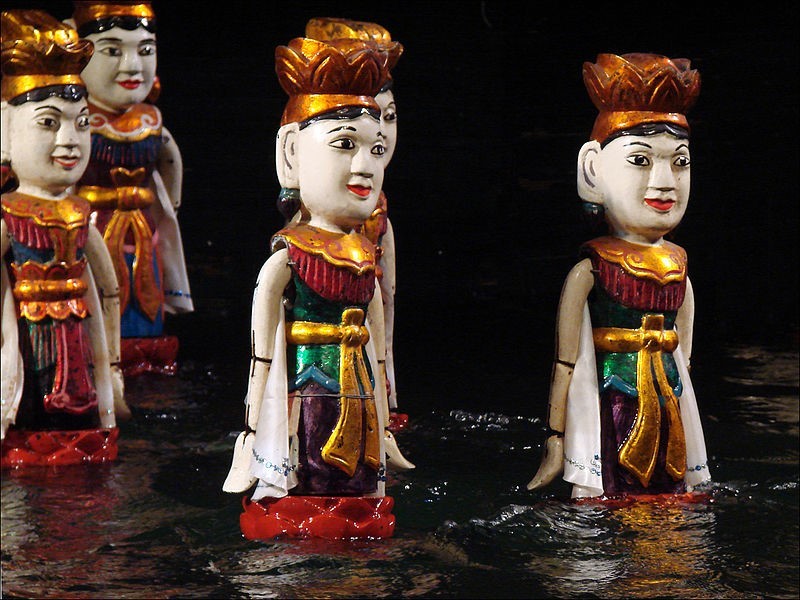 Located at the northern shore of the Hoan Kiem Lake, the Thang Long Water Puppet Theatre is one of the only places to visit in Hanoi where you can experience the traditional and unique art form of water puppetry. Dating back to the 11th century, this art form has long been a part of Vietnamese culture and heritage. Stories of legends and mythology are told through the medium of puppet shows, and it has been the same way for hundreds of years.

The tradition of puppet shows being created for the masses began in the late 1000s during which Vietnam was thriving as an agricultural state. Hence the early puppet shows were also about harvest seasons and mythologies that run deep in the culture of Vietnam. The theatre is unique and the experience exciting. If you are looking to experience this traditional art form, then this theatre is one of the best places to see the same in Hanoi. 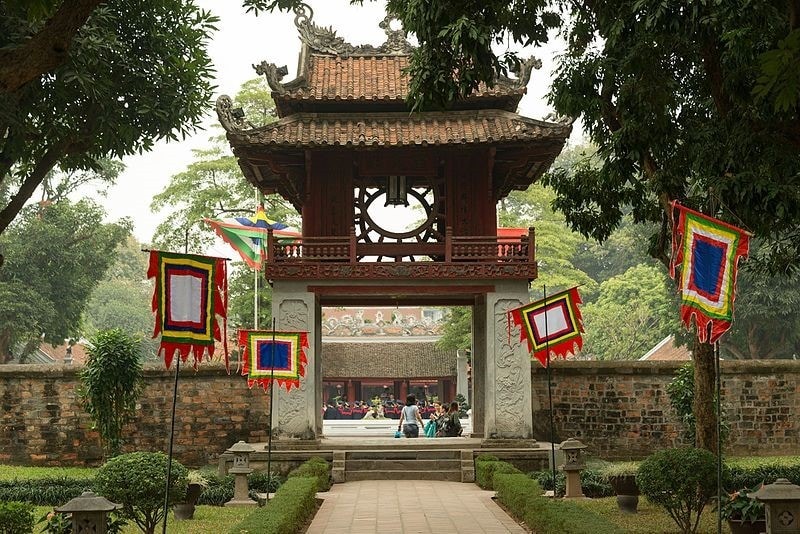 The Temple of Literature or Van Mieu is one of the most unique temples in Vietnam and one of the most splendid places to visit in Hanoi. It was built in the year 1070 by Emperor Ly Thanh Tong in honour of the great philosopher Confucius. The temple is surrounded by beautiful pavilions and serene, shimmering ponds along with lush green gardens spread across the complex, all of which make the temple of literature one of the best attractions in Hanoi.

The temple, as its name suggests, is also a centre for learning. It harbours the Imperial Academy which was the first national institution of higher education in Vietnam. The temple is highly revered by the people of Vietnam and is also printed on the official Vietnamese currency. The temple is a well-preserved site and one of the best places to see in Hanoi. 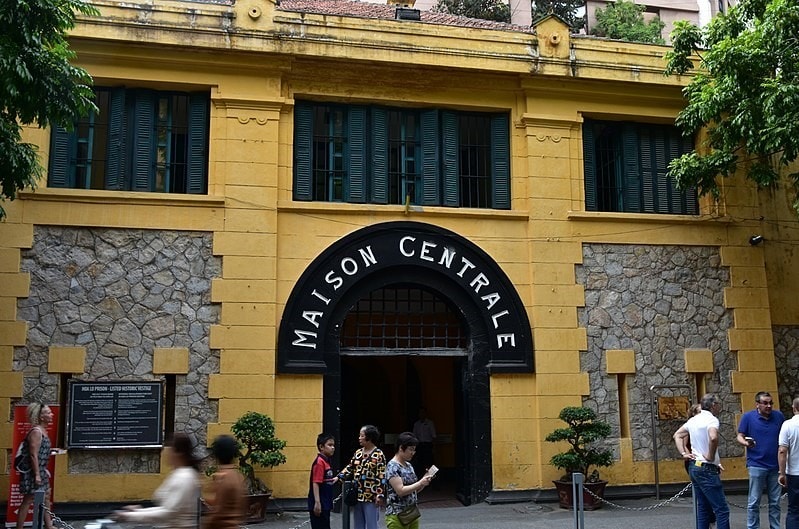 The Hoa Lo Prison Museum located at the city centre of Hanoi is a collection of artefacts and structures from the colonial era and from the periods of unrest that followed. The Hoa Lo Prison is remembered in history mostly for harbouring prisoners of war during the Vietnam War. This is also where several US officials were detained, Senator John McCain being one of the most well-known prisoners here. The museum is an attempt to replicate the living conditions of war prisoners during that era and thus is counted among the best places to see in Hanoi.

Hanoi, like the rest of Vietnam, experiences a humid subtropical climate. Thus, the best time to visit Hanoi would be during the months of February to April. The city has a range of enticing places to visit, including lakes, temples, and museums that offer a uniquely fulfilling experience that lasts long in the traveller’s memory.