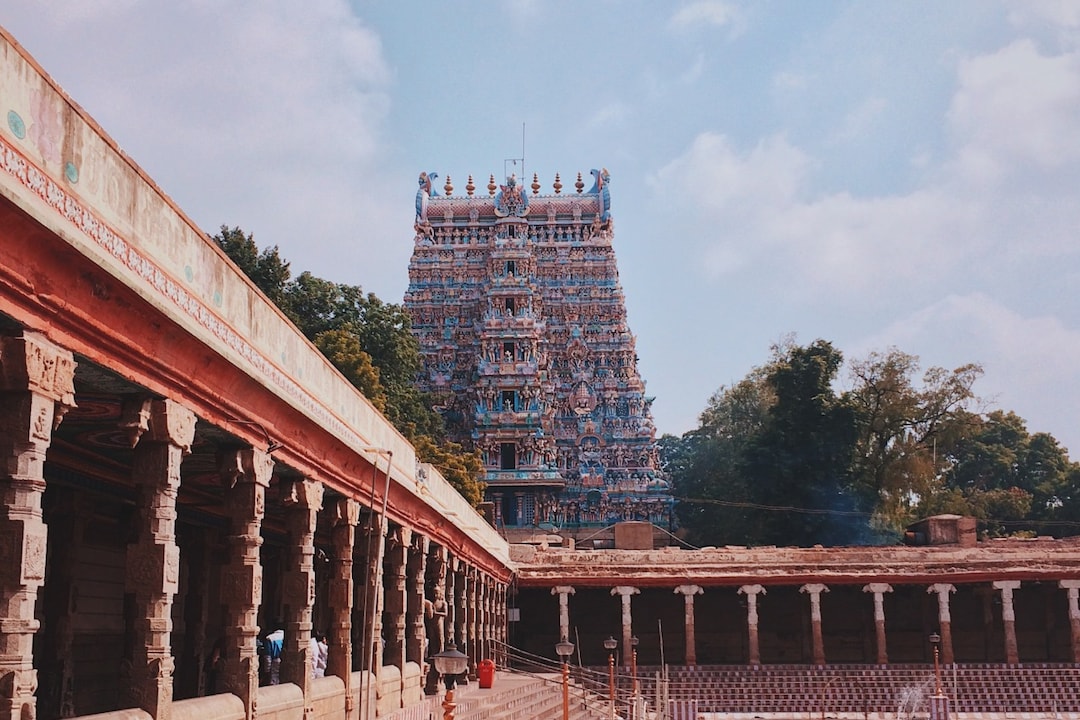 The ancient city of Madurai is 2500 years old and its golden era was marked by the reign of the Nayaks. This was when art, learning, and architecture flourished effusively; when Madurai got its most stunning structures and its most important landmark – the Meenakshi Temple. If you are planning a trip to Madurai, this temple should definitely find its place in your Madurai tour package.

The famous Meenakshi temple of Madurai was built by the Pandyan King, Kulashekarar. Meen translates to ‘fish’ and Akshi to ‘eyes.’ Basically, the name of the temple refers to a girl with fish-shaped eyes. The maiden is supposed to be an avatar of Goddess Parvati who is the wife of Lord Shiva. According to folklore, she was born with three breasts. The divine intervention suggested that she should be raised as a son and when she meets her match, things will be normal. Upon confronting Lord Sundereshwar (Shiva), she lost her third breast and thus the prophecy was realized. It is believed that she still rules the town of Madurai and is worshipped as Meenakshi. Let us know more about this famous Madurai temple:

The structure is as fascinating as the tales and history behind the Madurai Meenakshi Temple. While the temple worships two deities – Goddess Meenakshi and Lord Sundereshwar, her consort, it is primarily devoted to the Goddess. This signifies the influence of women and the matrilinear society here. With its alluring sculptures, artsy ceilings, and captivating corners, this temple is bound to keep you amused. The temple is spread across 14 acres and has intricately designed fourteen gopuras ranging 45-51 metres in height. In that sense, this is one of the most elaborate temples in South India.

The city of Madurai is steeped in traditional tales. Out of these, the most prominent ones are the 64 miracles of Shiva known as the Tiruvilaiyaadal. Murals depicting these wonders can be seen on the temple walls. The Meenakshi Devi temple in Madurai has been decorated sumptuously by towering gopuras while the massive hall is supported by the 985 splendidly carved pillars. These pillars depict various gods, demons, and divine animals. And one of the fascinating facts is that when tapped, each of these pillars produces a different musical note. Initially, this space was dedicated to religious dancing and musical performances. However, the hall now functions as a museum, exhibiting bronze figures, paintings, and items reflecting the temple’s history.

There is also a lotus tank and a museum on the premises. Dedicated to Goddess Meenakshi and Lord Sundereshwar, there two shrines devoted to each of them. The splendour of this twin-temple complex echoes the old-world charm of the quaint city of Madurai. It is now considered one of the most significant cultural and theological centres of India. While the city has now modernised to a great extent, the authenticity of its rich culture and tradition still remains intact.

The Best Attractions To Visit When Here

The entire Meenakshi Temple in Madurai is a treat to the eyes. But there are definitely a bunch of spots that you cannot miss out on. Let us have a look at some of the best Madurai sightseeing spots:

There is a gold ornamental element that is visible only from a high vantage point. This finial caps each of the sanctuaries here while there is a mandapa (a pillared, porch-like structure) in the front that is traversed by pilgrims and visitors before entering the garbagriha. This is the innermost and the most sacred areas here.

Another interesting site can be witnessed every Friday evening when carved figures of Meenakshi and Sundareshwara are sited on a swing. These are then gently swayed that reflects the romantic interlude of the divine couple.

You can also pay a visit to the Golden Lily Tank located at the south end of the premise. This site is usually used by devotees for ritual bathing, performed before entering the sanctuaries of Meenakshi and Sundareshwara.

Other noticeable aspects of the temple are the gopuras that essentially act as entry gates. A few visitors might even mistake the gopuras for shrines. The Meenakshi Temple in Madurai has fourteen gopuras which intensify and grow bigger as one moves away from the centre of the complex. This is because the outermost segments were added by the succession rulers who built even higher and grander towers as a symbol of their devotion and authority. The top view of the Madurai Meenakshi Temple from the southern gopuram is truly one of the sights that you will never forget.

Any Hindu temple is incomplete without tiny shops and bazaars surrounding them, and the Meenakshi temple is no exception. There are several fruits and flowers stalls that enclose the complex. You can also come across various shops that offer guidebooks, votive sculptures and figurines, jewellery pieces, and other souvenirs that you can collect as a memoir of your visit to the Madurai temple.

There are quite a few ways to reach this magnificent temple. Here is how you can reach the temple:

Madurai has its own airport. The distance from Madurai Airport to Meenakshi Temple is 11.9 kilometres.

The Madurai railway station is 75.4 kilometres from Meenakshi temple. Taxis, cabs, buses, and even auto rickshaws can be easily found outside the station.

Since the nearest bus stop from Meenakshi Temple is at a distance of 1.3 kilometres, this is quite a convenient route. Also, buses run regularly from Periyar to the Meenakshi Temple making it a lot more hassle-free.

Each corner and sculpture at the Madurai Meenakshi Temple has a story of its own. The temple’s shrines, pillars, and murals are dotted with divine beings depicting a tale. A visit to this glorious temple can turn into a spiritual retreat that you have been longing for! 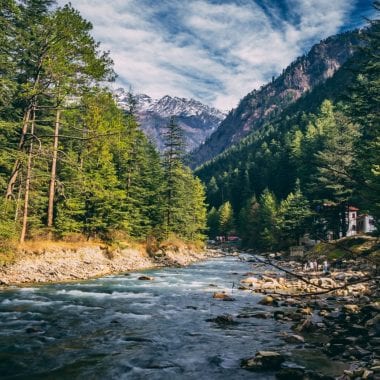 Top Places to Visit in Kasol for Backpackers and Travellers 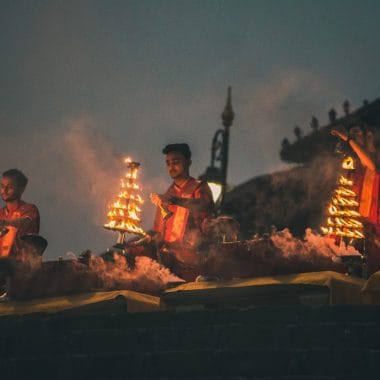 Ganga Aarti Varanasi: A Visual Treat at the Banks of River Ganga