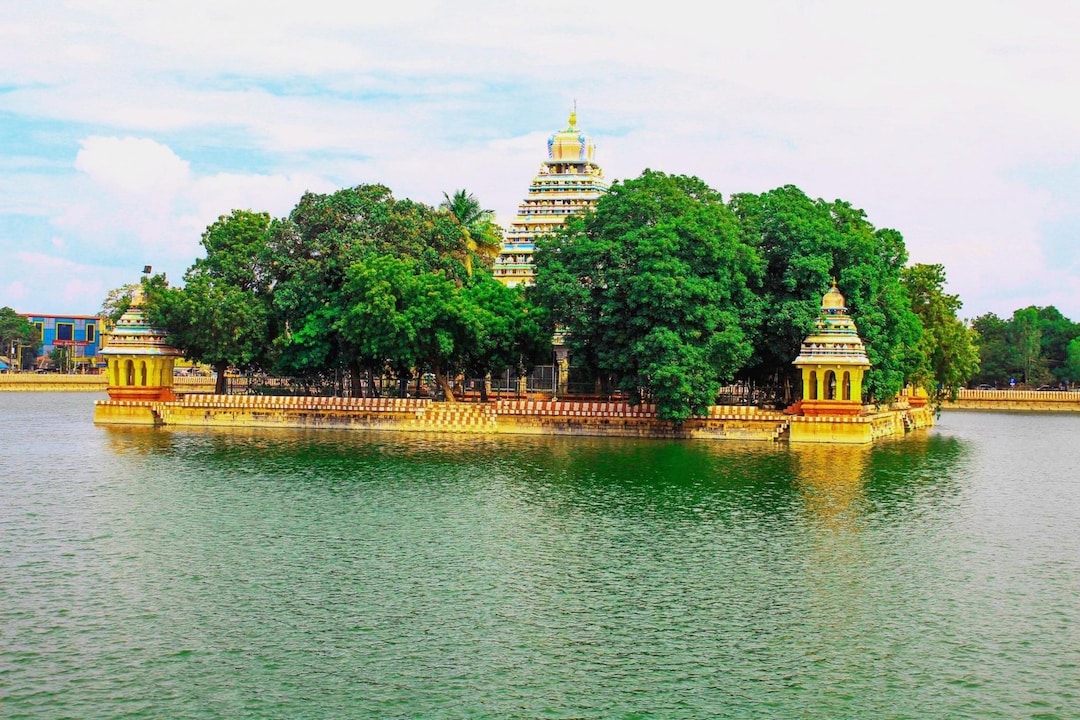 The cultural capital of Tamil Nadu, Madurai is one of the oldest cities that India houses. Situated on the banks of Vaigai River, Madurai is a planned city that has been built in the shape of a lotus, earning it the sobriquet of the ‘Lotus City’. It has a beautiful history that predates to the 3rd century BCE that was mentioned by Megasthenes, the Greek ambassador to the Mauryan Empire and Kautilya who was a minister in the court of the Mauryan Emperor Chandragupta Maurya.  As per the Archaeological Survey of India, the city is the sign of human settlements and Roman trade links that goes centuries back to the 300 BCE. Coming to the majestic architectural beauties that Madurai houses; you will be amazed to see those ancient yet intricately carved designs on the structures.

The city houses a lot of temples where people visit for spiritual healing and most of the temples are in Dravidian architecture. With historical monuments to visit, brilliantly architected temples, and sights to behold – Madurai has become quite a famous destination for holidays. And if you are on the journey to explore the magic of salvation and attain peace within – here are the top 10 Madurai temples that not only offer you a spiritual aura but are also beautifully built.

One of the most famous temples in the city as well as in India, Meenakshi Amman Temple is dedicated to the mighty Goddess Parvati and the creator himself – Lord Shiva. Located on the banks of Vaigai River, this temple has made its way to the list of the most renowned tourist attractions. The city welcomes a flock of visitors from all around the world and Madurai’s Meenakshi Amman Temple is a must-visit place for all. One of the most unique features of the temple is that the idols are worshipped together. It has Dravidian-style architecture that contains 14 gateways which are known as gopurams, holy sanctums, golden vimanas, and a majestic shrine that is dedicated to Goddess Parvati. The façade of the temple has well-carved, intricate artwork that showcases the fine craftsmanship of the bygone era.

One of the six abodes of Murugan, the Tirupparankunram Murugan Temple in Madurai is one of the holiest Hindu temples that South India houses. Lord Murugan, who is considered the son of Lord Shiva, is said to be the favourite God of Tamilians. The temple showcases an extraordinarily amazing display of rock-cut architecture and follows the Shaivite tradition of worship. This Madurai temple is a pilgrimage as well which houses the deities of Lord Shiva, Vinayaka, Vishnu, and Goddess Durga. Here, the idols of Lord Shiva and Lord Vishnu face each other in the main shrine, which is a rare sight in the ancient Hindu temples because of the different traditions of Shaivites and Vaishnavites. The Tirupparankunram Murugan Temple in Madurai is also considered to be divine for marriages.

Brilliant architecture can augment a sense of reverence. Kallazhagar Temple in Madurai is yet another example of the breathtakingly beautiful structures that the city houses. Located in the Alagar Kovil village near Madurai in Tamil Nadu, this temple is the home to Lord Vishnu and is also known as the Alagar Kovil temple. It has a seven-tiered Rajagopuram (the main gateway tower) which is bordered with a wall made of granite that encloses all the shrines. The Alagar Kovil temple in Madurai is built with many other large gopurams and pillared mandapams and is designed with finesse and colourful carvings that make it very attractive for the tourists.  The Alagar Kovil temple in Madurai has the reigning deity of Uraga-mellanayaan Perumaal. The idol is in a reclining posture on a snake bed, which is similar to the Srirangam Ranganathaswamy. Adding to this, there are a few other shrines that house other idols as well. Classified as a Divyadesam, which is one of the 108 Vishnu temples; the temple grandly celebrates regular festivals.

Yet another famous temple that must make it to your list of Madurai sightseeing, the Koodal Azhagar Temple is again dedicated to Lord Vishnu and is one of the 108 Divyadesam Vishnu temples that lie on the 65th spot. It is located near the famous Meenakshi Amman Temple and said to be constructed by the Pandyas. The Koodal Azhagar temple performs six pujas and the temple covers an area of 2.5 acres. Here, Lord Vishnu’s consort, Goddess Lakshmi is referred to as Mathuravalli. What makes this temple in Madurai unique from the others is the presence of Lord Vishnu’s idol in three different postures at proximity to each other. The temple architecture is Dravidian in style with a big gopuram in the front along with majestic vimanas. The Koodal Azhagar Temple is one of the most beautifully sculpted temples that Madurai proudly boasts of.

One of the most-visited and holiest places of worship in India, ISKCON temple gives you a different vibe altogether. And, ISKCON temple in Madurai is marvellously constructed to please your eyes. Located in the Mani Nagaram Main Road in the city, ISCKON is a Hindu temple that is the abode to Lord Krishna and his consort Goddess Radha. The temple has a divine aura that enhances even more with the chanting of holy mantras and devotional songs being played. The devotees visiting the temple are fed with the prasada that is offered to Lord Krishna and Goddess Radha. Along with this, this temple in Madurai also has a small vegetarian eatery in its premises for the devotees and other visitors.

Among the most famous temples in Madurai, the Mariamman Teppakulam temple is dedicated to Lord Vighneshwara and is located around 5 km away from the famous Meenakshi Amman Temple. It houses a huge tank at the centre of the compound which has garnered attention for being the biggest tank in the entire Tamil Nadu region. Legend has it that the idol of the Mariamman Teppakulam temple was acquired from the bottom of the tank when it was dug in the times gone by. The tank is filled with water throughout the year and it is said that the temple was built to honour this tank. The architecture of this temple in Madurai is also quite well-known for its look. You must visit the place without a miss!

Next in the list of Madurai temples is the Pazhamudhir Solai temple that was built in the memory of Lord Subramaniya who is very famous and worshipped devotedly in the southern region of India. Perched in the hills of Azhagar Kovil, this temple has the largest premise in South India that is dedicated to Lord Subramaniya. With the giant and beautiful sculpture of the mighty lord, this Madurai temple’s architecture attracts the visitors to its embrace. It is believed that if devotees or visitors pray to the lord by moving across the premises of the temple a number of times, their wishes come true. The temple has sculptures that are made out of wood and marble along with giant steps in the front that amp up the beauty of this brilliant structure even more.

Edaganathar Temple is constructed on the banks of Vaigai River. Edaganathar is one of the avatars of Lord Shiva and this temple is his reigning abode. It is a 5-acre temple that comprises of two gopurams or gateway towers facing the two shrines – one dedicated to Lord Edaganathar and another one to his consort. The stone carvings are said to define Lord Edaganathar’s origin and it is believed that the temple was constructed by the Pandyan Empire. The temple celebrates Muthu Pandal, one of the main festivals, around February-March and devotees from temples near Madurai also visit the premise for the grand celebration.

Dedicated to Mother Draupadi, the wife of the Pandavas; it is believed that the temple has the power to control the five elements of the earth. The Draupadi Amman Temple was constructed to control and heal the damage that was caused by a tragic fire incident in Madurai. Along with the reigning deity of Mother Draupadi, the temple houses nine shrines that are dedicated to other deities, including Shani (Saturn), Guru (Jupiter), and Mother Sri Santoshi Madha. It is said that women from places around Madurai visit the temple to worship Mother Sri Santoshi Madha and seek blessings for child boon and prosperity.

Last but not the least, your spiritual and eye-pleasing Madurai tour will be incomplete without visiting this temple. Yet again dedicated to Lord Vishnu, Sri Veeraraghava Perumal Temple has three forms of idols – Lord Veera Raghava, Narsimha and Utsavar – with Sridevi and Bhoodevi. The temple has a story of responsibility and security that is attributed to Lord Veera Raghava and Kanakavalli. The temple is built with gopurams and there is a tank near the temple premises that is said to grant blessings to the devotees. People from cities near Madurai visit the temple to pray and take blessings for healing from illness, happiness, and so on.

Other than these, you can also visit the Veeran temple in Madurai for experience the brilliant architecture and attaining peace of mind and heart. Happy temple-hopping! 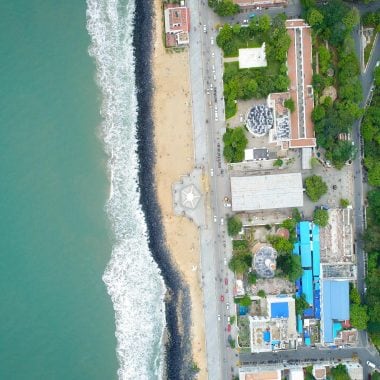 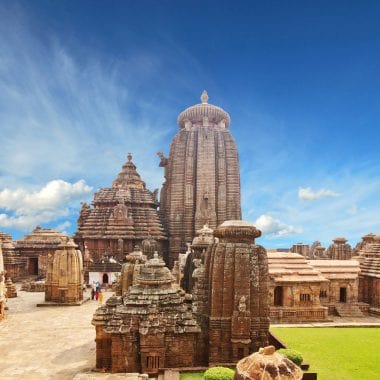 10 Tourist Places to Visit in Bhubaneswar