Blog › Ladakh Quiz: How Much Do You Know About Ladakh? 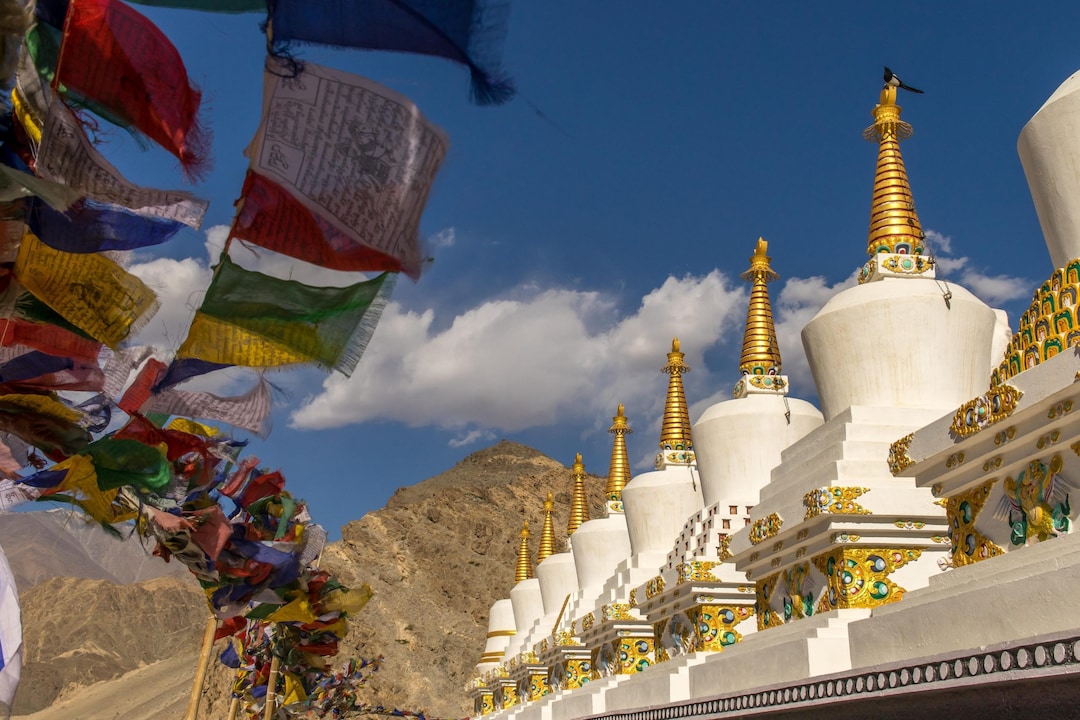 Early morning Tibetan chants echoing in the wind that flutters hundreds of colourful flags, crystal clear water shining under the sun, numerous monks on their way to the monastery and snow-covered peaks calmly standing tall – the only place that comes to our mind with these lines is the one and only Ladakh. The moment you land on this magical land, you know you are in paradise!

The highest settlement in India in the northernmost state of Jammu and Kashmir is one scenic beauty that has been on every traveller’s bucket list. The beauty of rugged Himalayas, mystifying lakes, charming monasteries and the aura of the festivities of the place is unmatched by any other in the country. The place has a lot to offer which increases by manifolds the secrets and mysteries it holds. This is also a land of high passes where the sand dunes meet the white snow, where the bright blue lakes are surrounded by barren lands and snowstorms swirl around you. With many treks in store for the adventurer in you and the pleasant climate, add some mystical charm to your splendid days of vacation.

Type Ladakh on your search engine, and you may find a million results about Ladakh tour packages, the best time to visit Ladakh, the Leh route map, and the best tourist places. This prime destination in recent times has become one of the most visited places in India. Whether you’ve visited it once, twice or are about to visit in near future, there are quite a few interesting facts about this divine place that is sure to intrigue you. But first, let’s test your knowledge if you know it all about Ladakh. 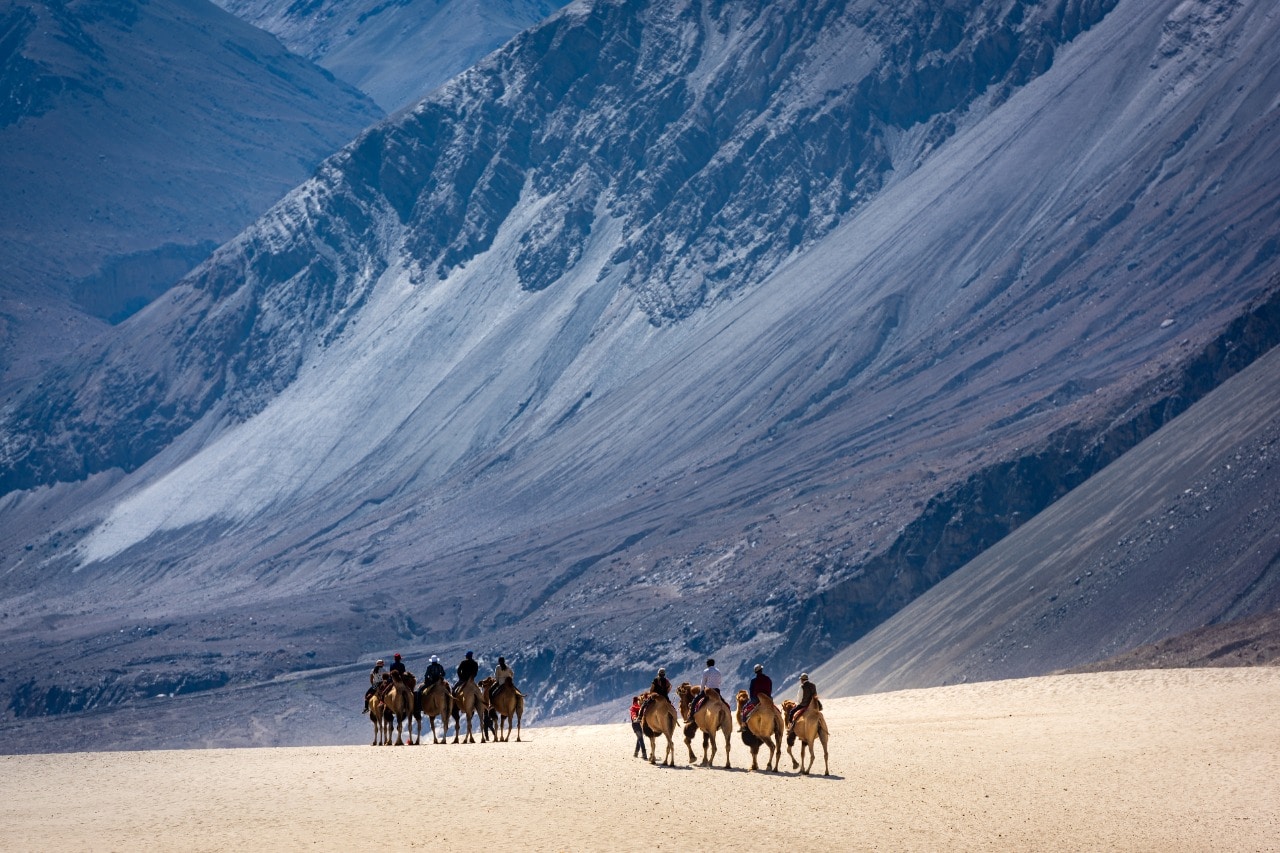 Ladakh is home to the Bactrian camels, which have two humps on their furry skin, in contrast to the single humped dromedary camels.

The Hemis National Park in Ladakh is famous for? 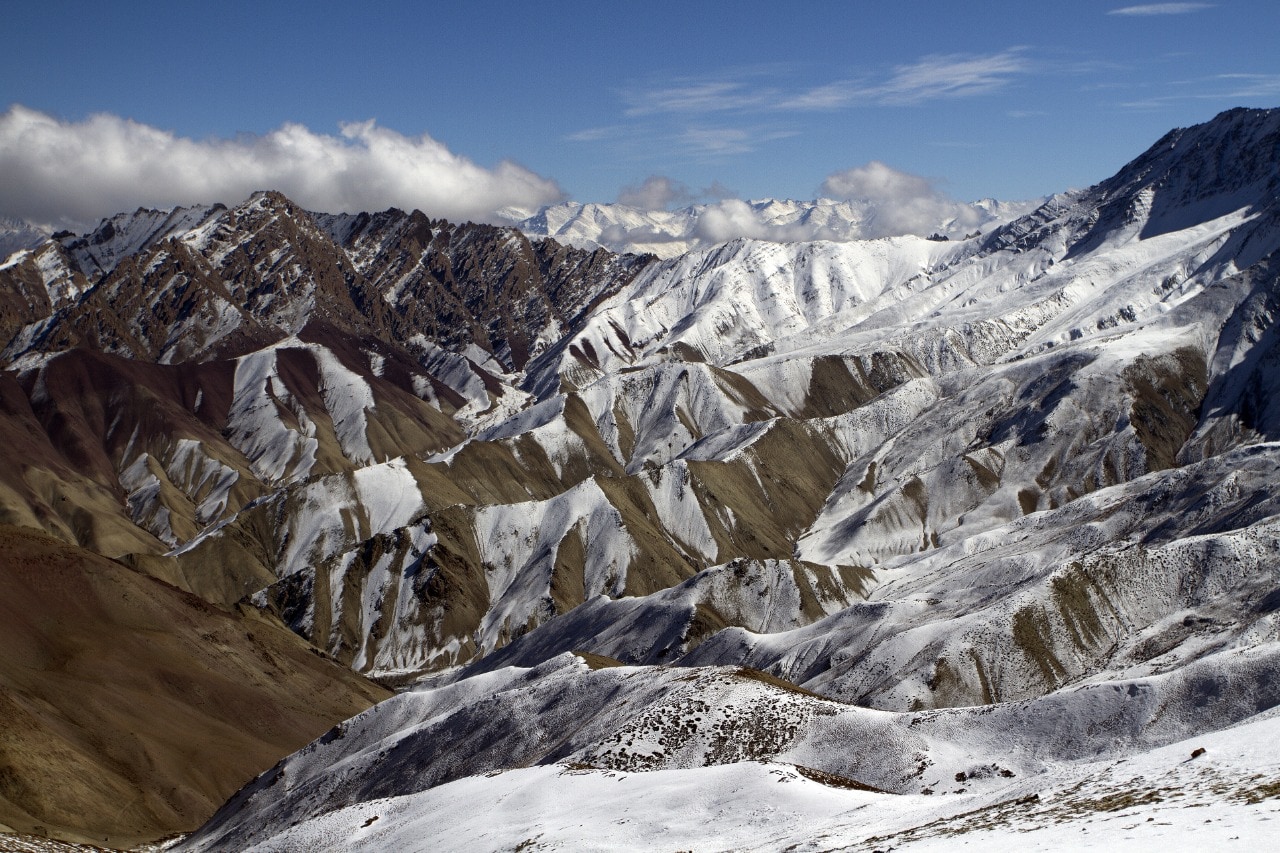 Hemis National Park is a high altitude national park globally famous for its snow leopards, it is believed to have the highest density of them in any protected area in the world.

Ladakh has one of the highest astronomical observatories of the world. 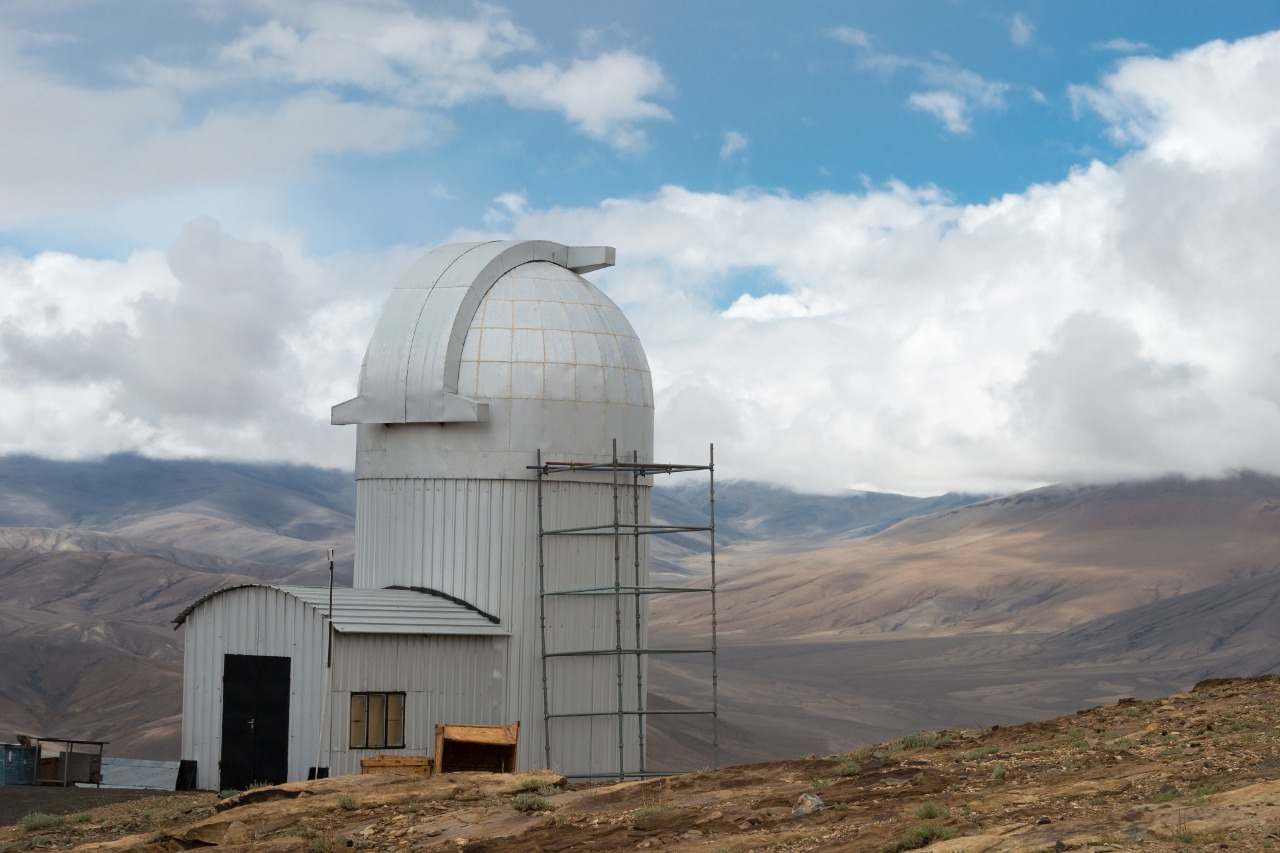 Located on the Mount Saraswati, the Indian Astronomical Observatory is one of the top ten highest operating telescopes in the world. The telescope is located at 4500m above sea level. At this height the air will be free of pollution and will be dry. This allows the viewers to catch a clear view of the heavenly objects.

What is the capital city of Ladakh? Ladakh has two capitals – Leh & Kargil. It is one of the few states in India to have two capitals.

Which village in Ladakh has soil that depicts that of the moon? 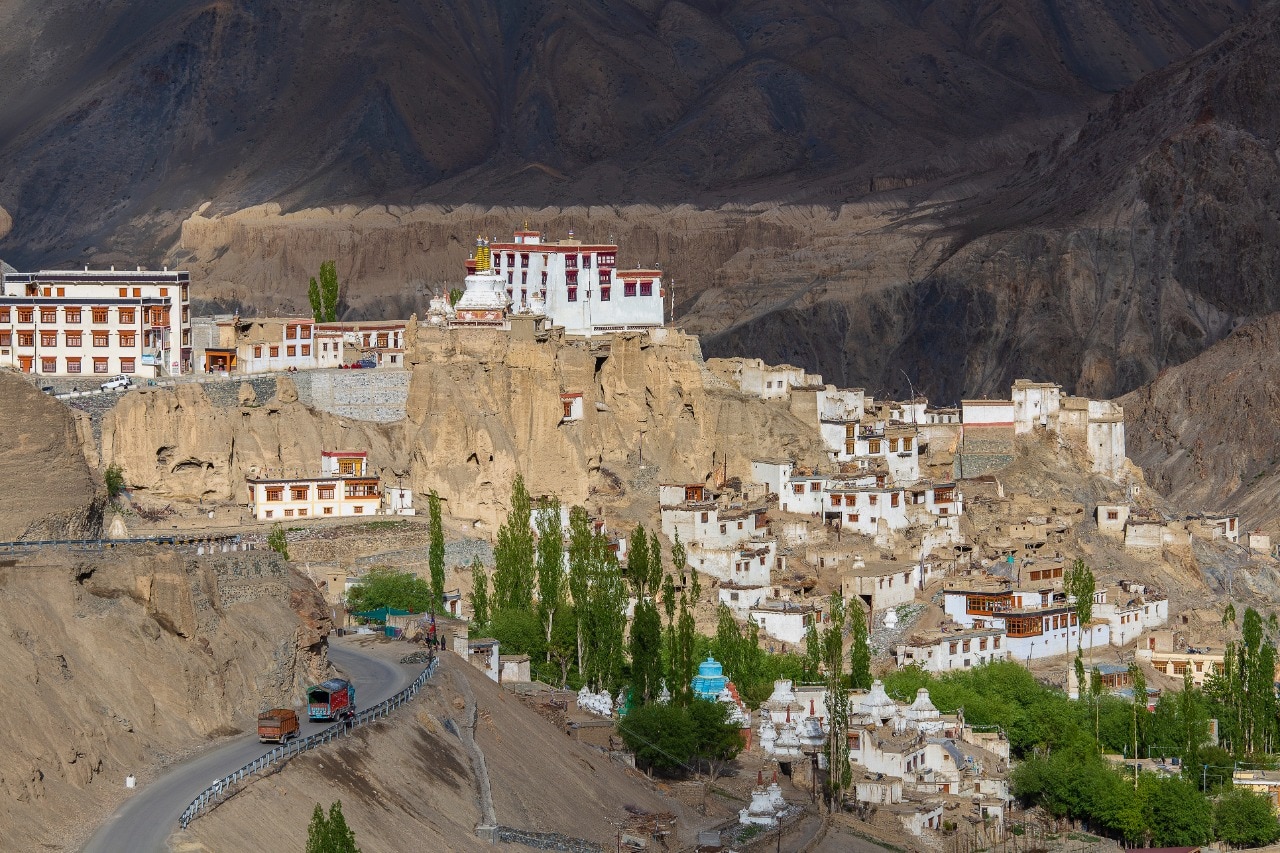 Situated at an altitude of 3,500 metres, between Kargil and Leh, the terrain of Lamayuru is strange yet stunning. The soil is claimed to be similar to that on the moon, hence the name—Moonland. After the water dried up, the land started to get moon-like craters and formations.

What is the height of the Khardungla pass? Built in 1976, the Khardung La pass was opened to public motor vehicles in 1988. Maintained by the Border Roads Organisation, the pass is strategically important to India as it is used to carry supplies to the Siachen Glacier.

The famous Pangong lake of Ladakh is the world’s highest located _______ lake. 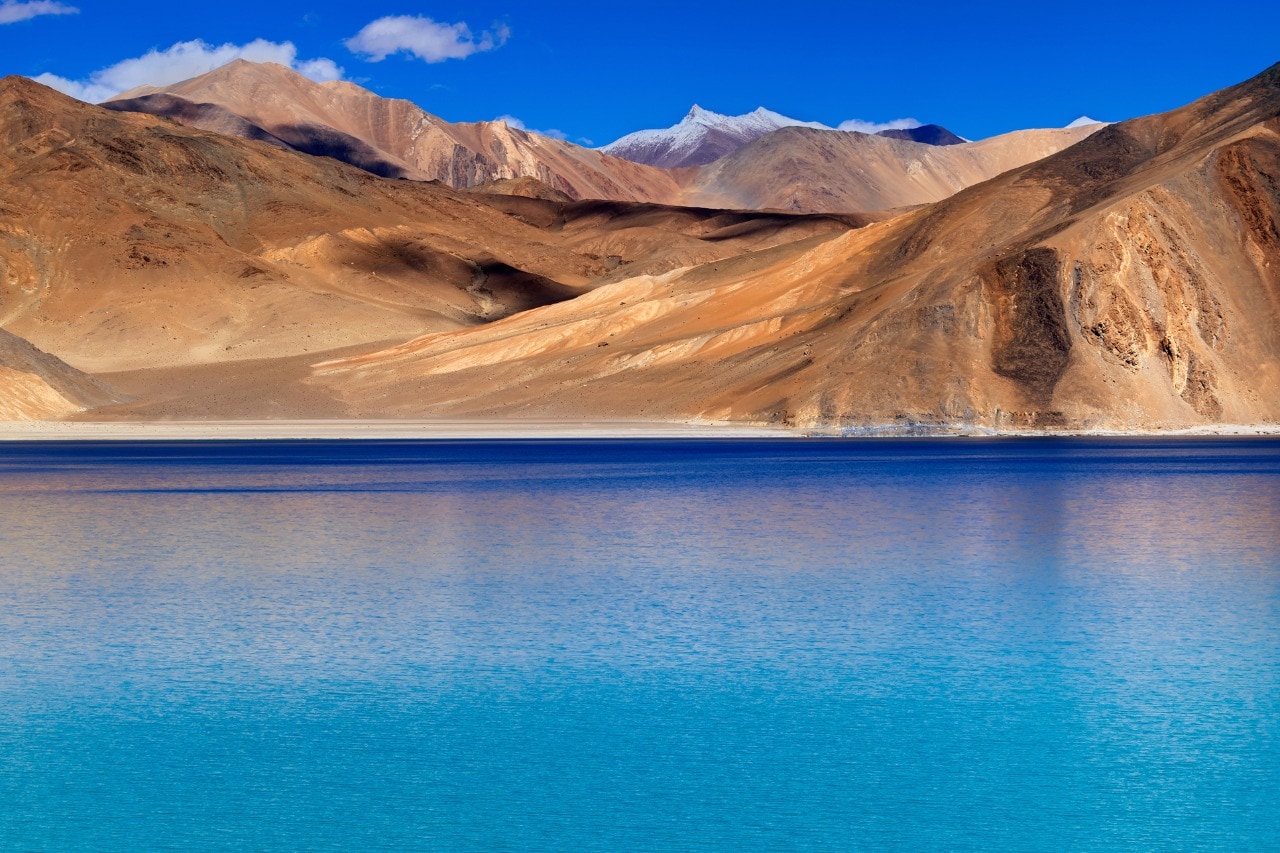 The Pangong Lake is located at 4,350m and it is the world’s highest located salt water lake. This lake is shared between India and China. Saline water sources do not usually freeze during winter but, the Pangong Lake freezes.

Ladakh is the largest union territory of India as per area. 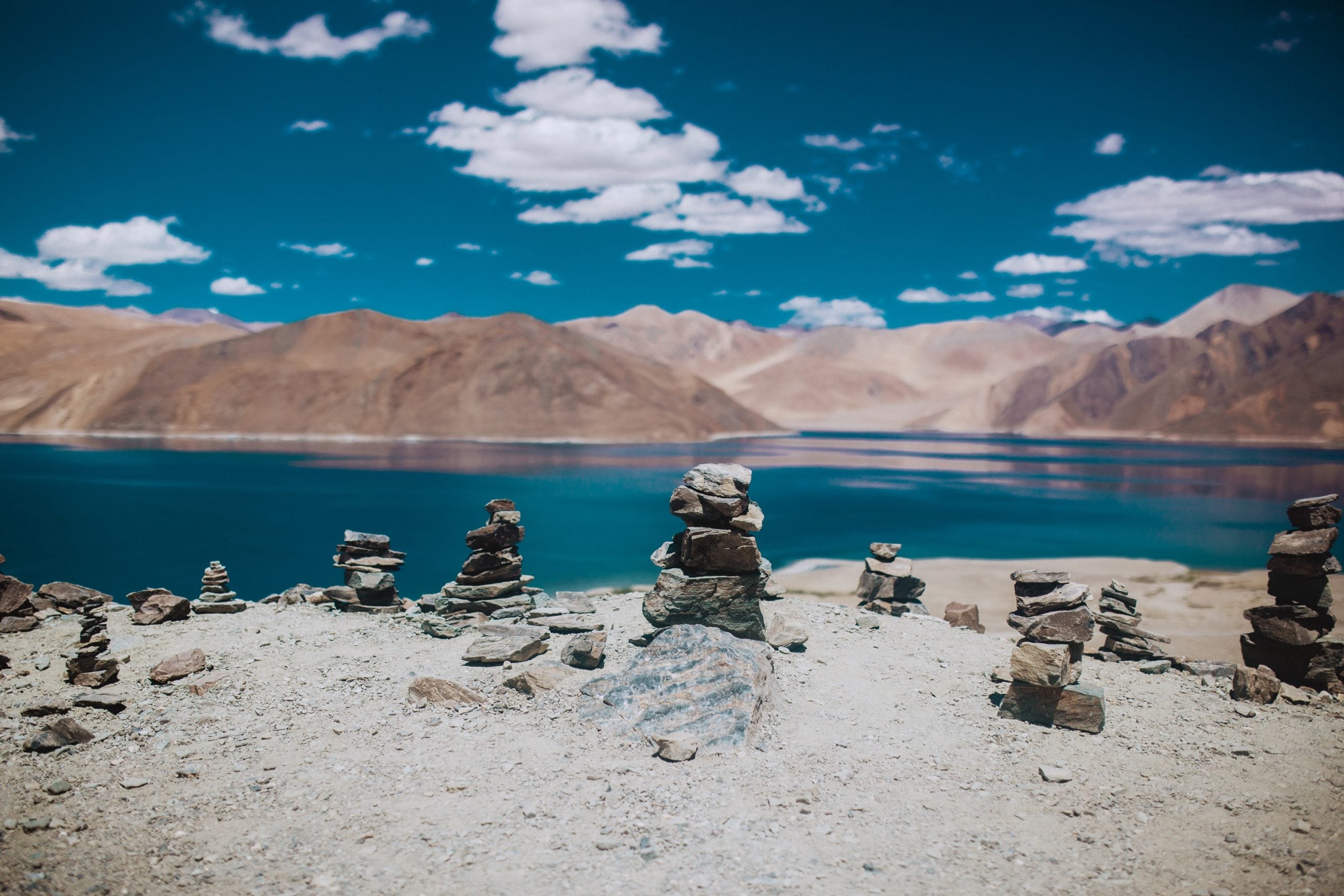 Jammu and Kashmir is the largest union territory in India in terms of area which covers 125,535 km2 of land area. Ladakh comes second with a land area of 96,701 km2 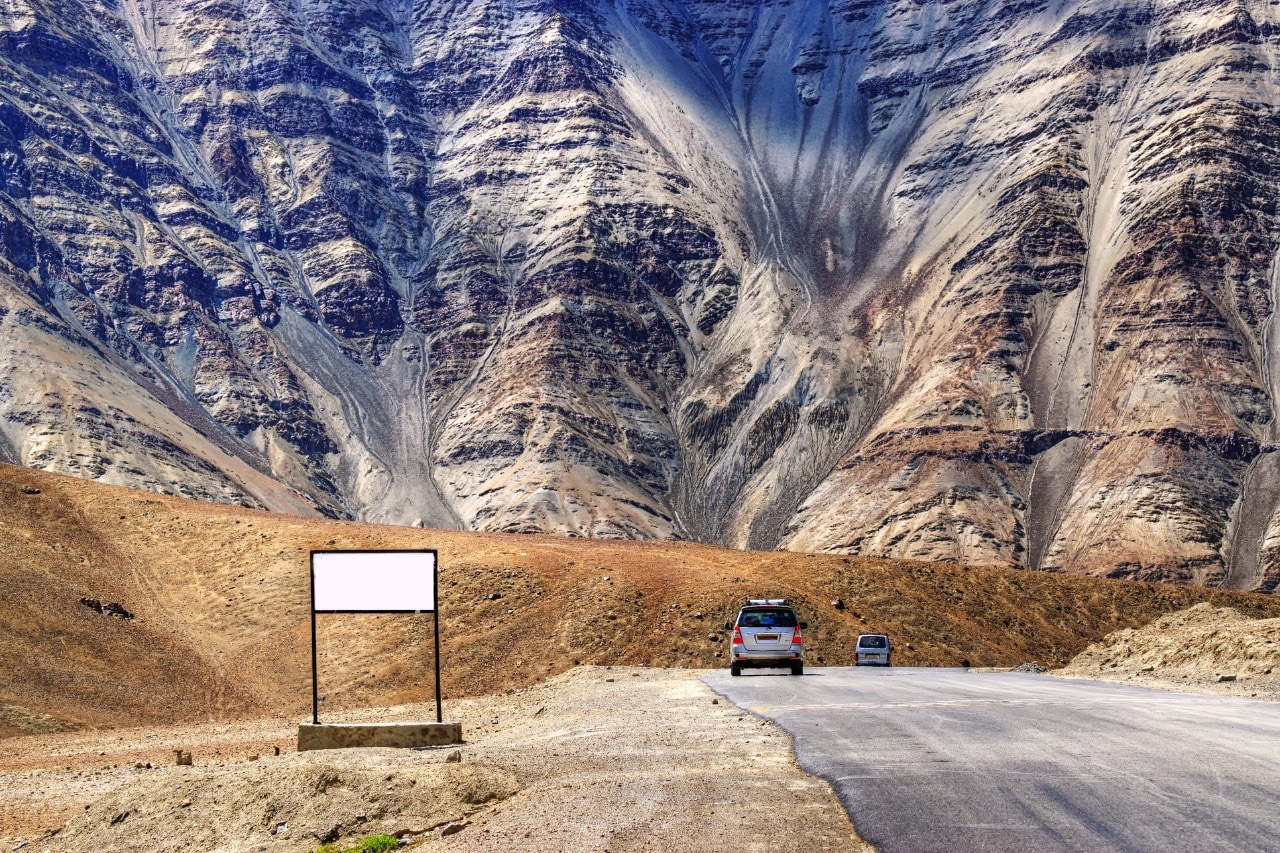 The famous Magnetic Hill is where your car, when placed in neutral will automatically start moving upwards. Also known as ‘Gravity Hill’, this phenomenal road is situated on the Leh-Kargil-Srinagar highway, which is about 30kms from Leh.

Which type of martial arts is taught to the nuns in Ladakh? 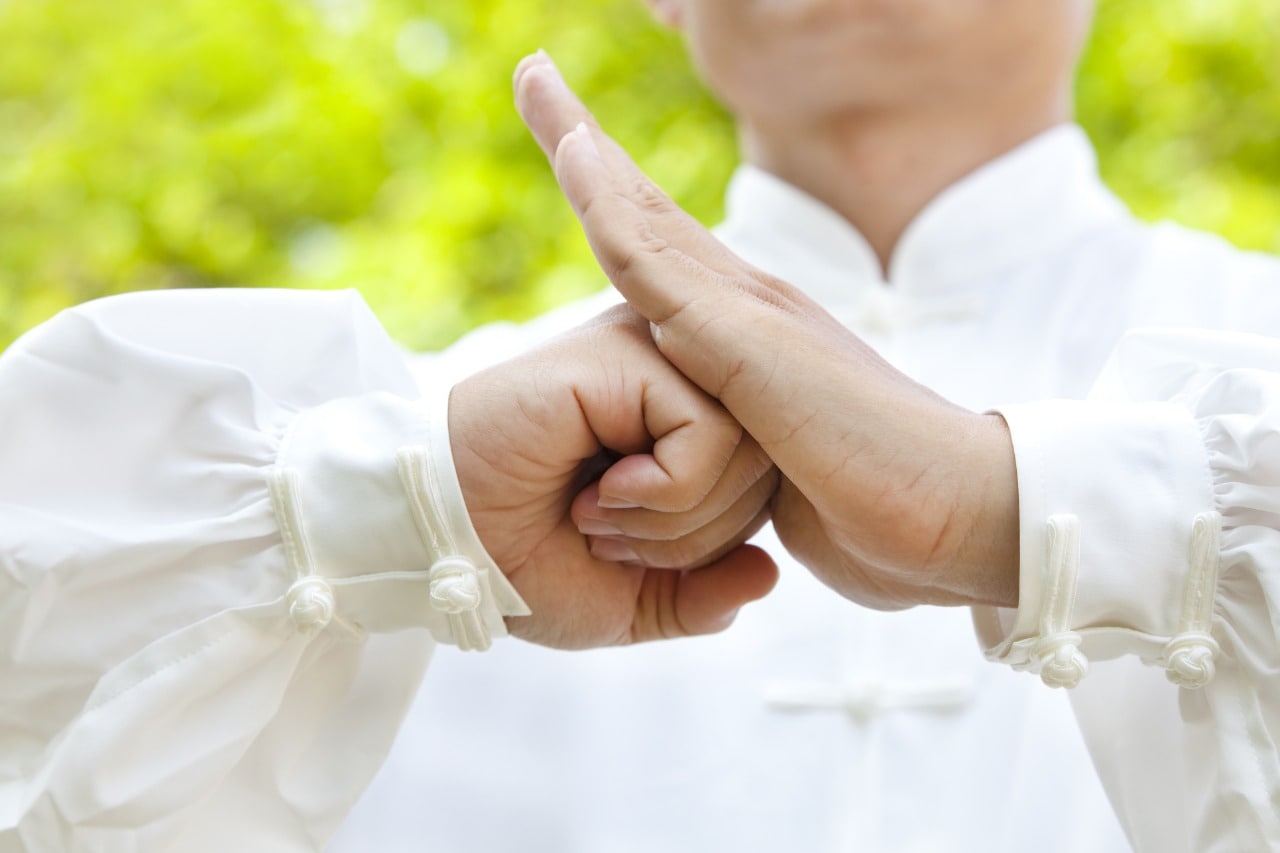 Ladakh is one such state where you will see a large group of ladies practicing Kung-Fu in the Drukpa nunnery. This self-empowered branch of feminist Buddhism encourages the nuns to train in Kung-Fu.

Which river is known as the backbone of Ladakh? 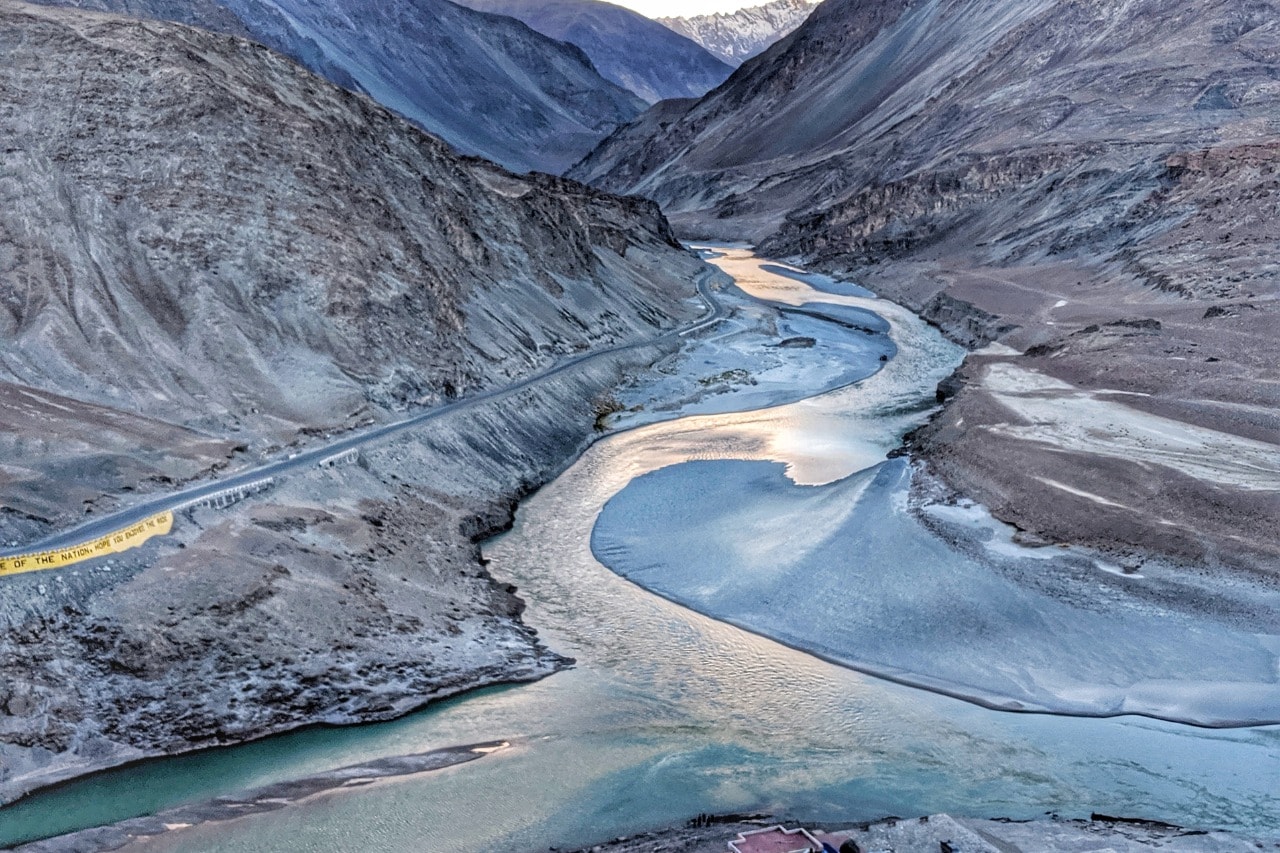 The Indus River is the backbone of Ladakh. Most major historical and current towns – Shey, Leh, Basgo and Tingmosgang are close to the Indus River.

What is the Tibetan or Ladakhi name of Ladakh? 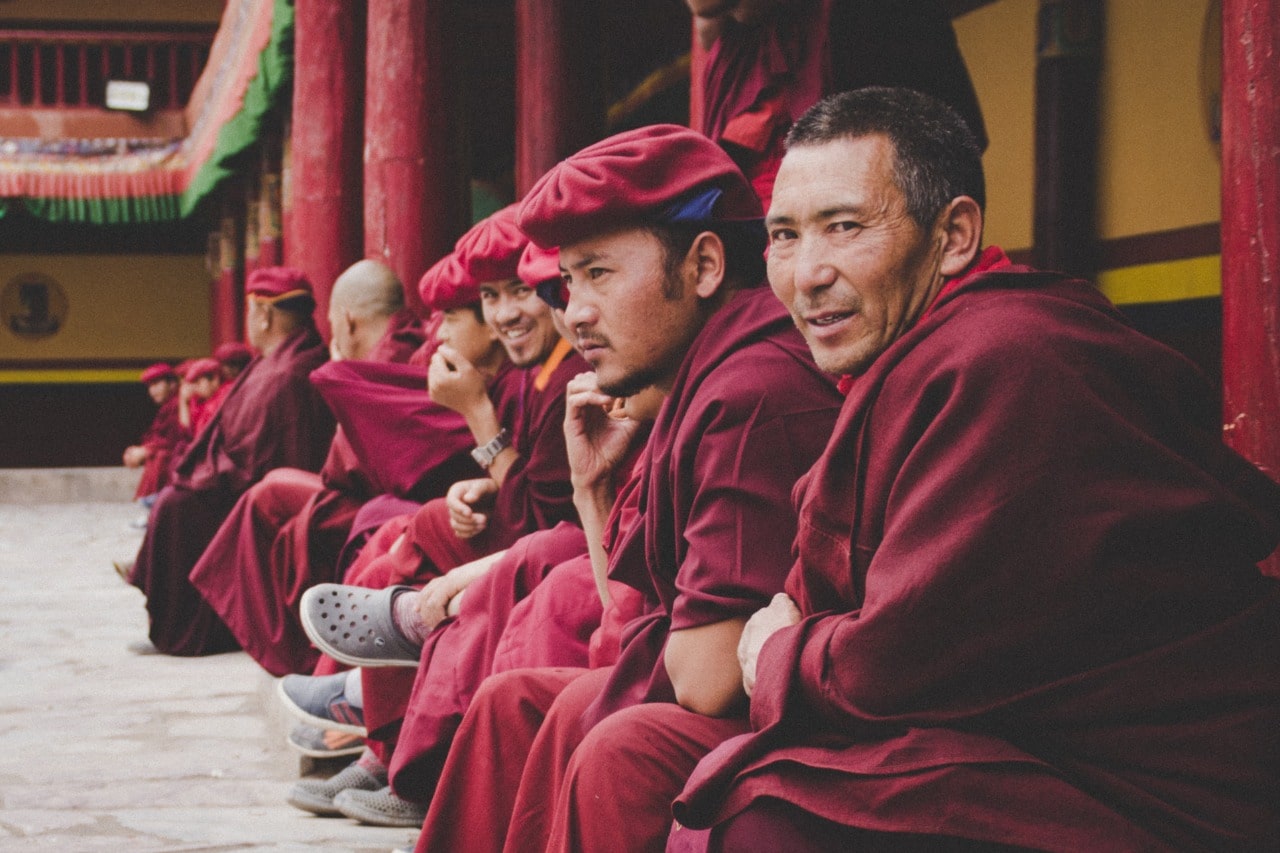 The Tibetan and Ladakhi name La-dwags means "land of high passes". Ladak is its pronunciation in several Tibetan districts.

Which of these languages are widely spoken in Ladakh? 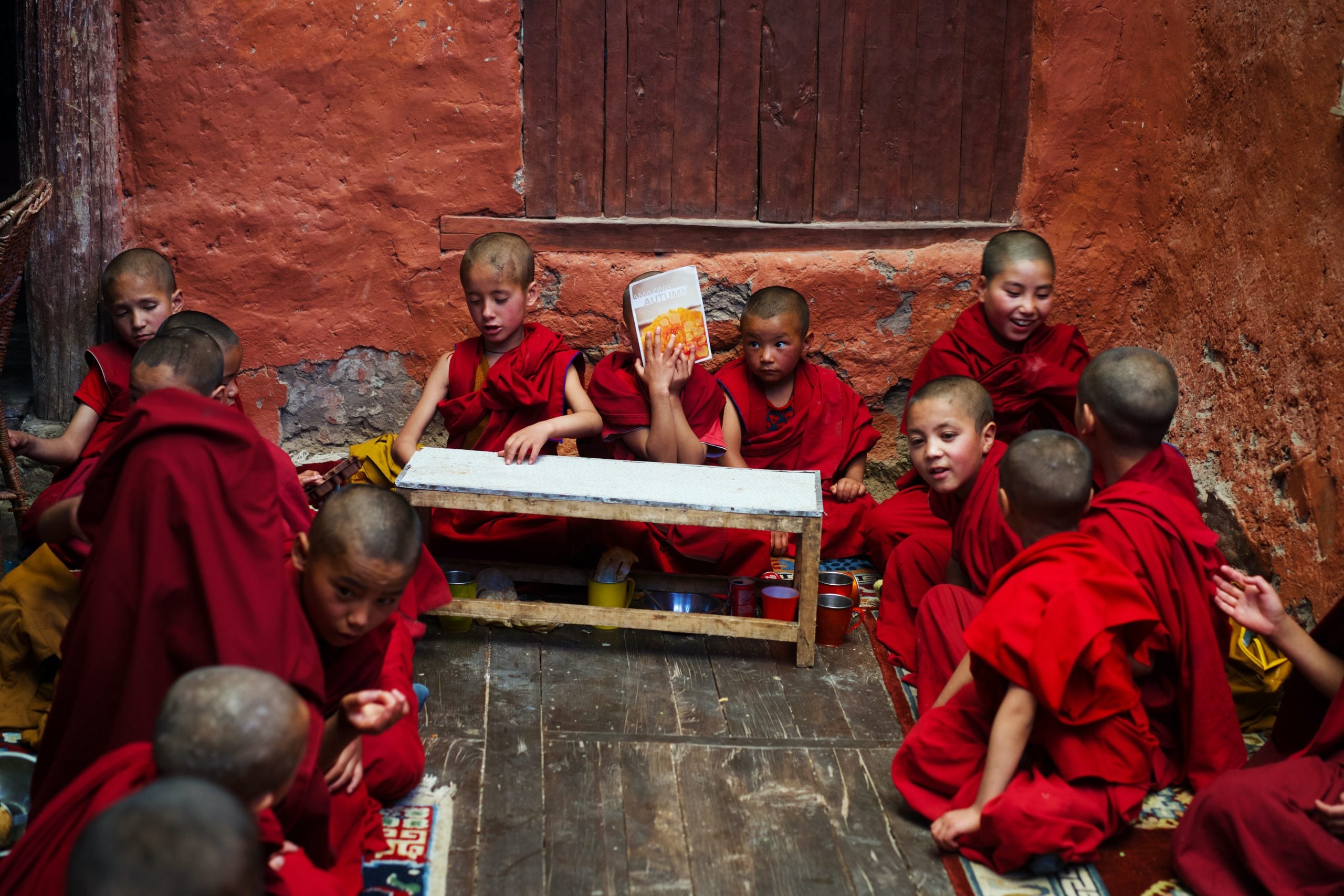 Ladakhi and Purgi are a type of Tibetic languages spoken in the Buddhist dominated region of Ladakh.

Which is the highest mountain in the Ladakh range? 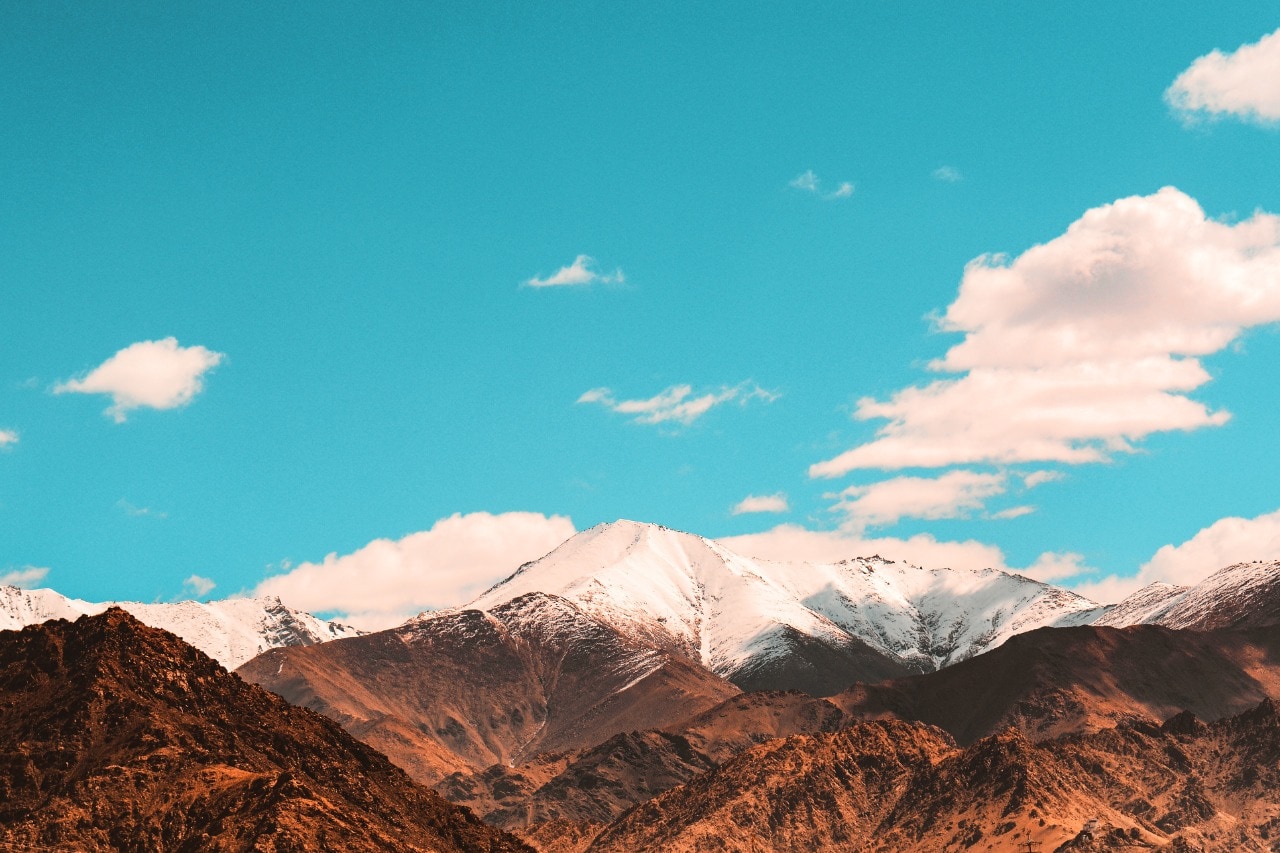 Surveyed as K35, Mamostong Kangri or Mamostang Kangri is the highest peak in the remote Rimo Muztagh, a subrange of the Karakoram range in Ladakh.

What is the main crop of Ladakh? 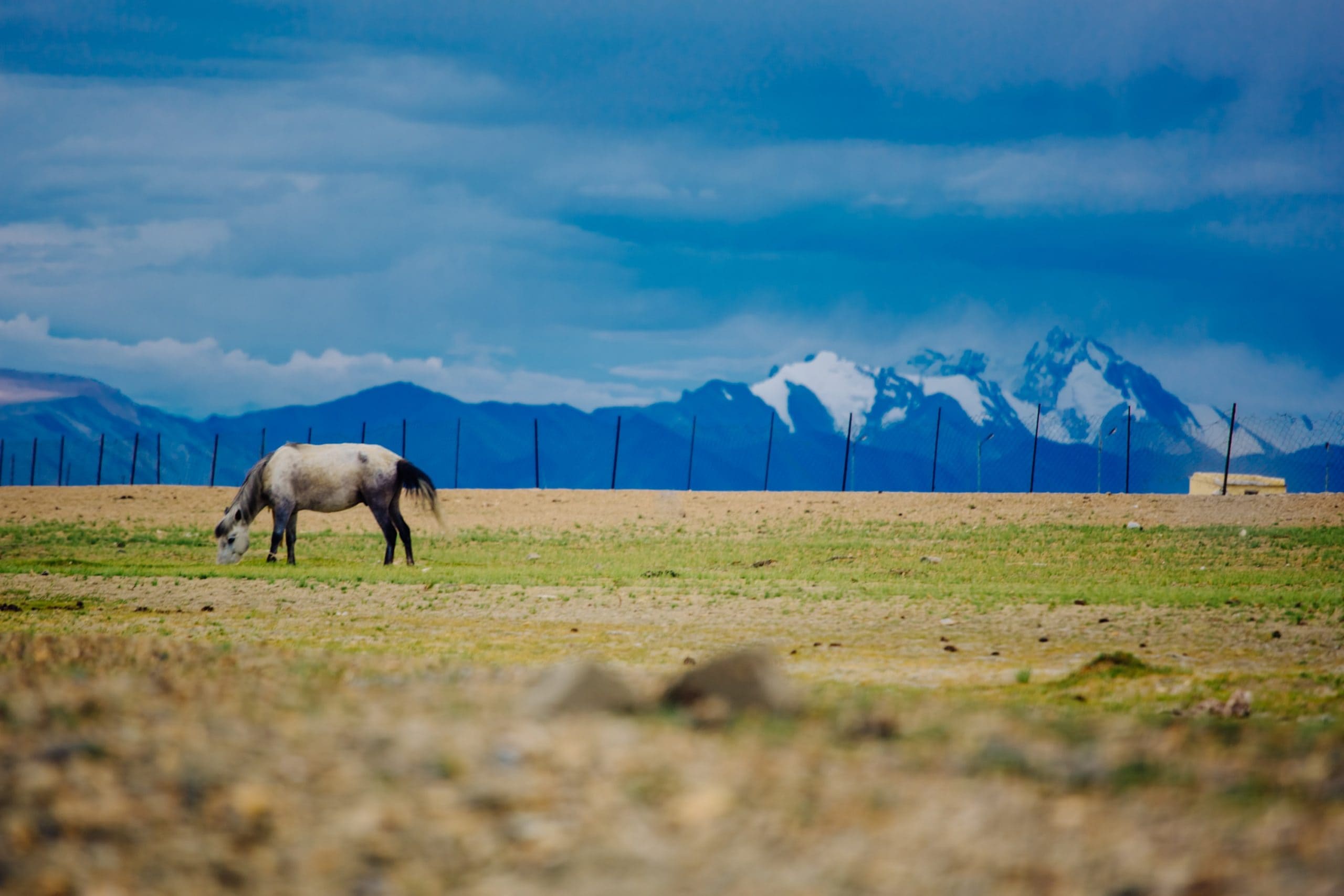 Wheat and barley are the traditional crops of Ladakh, and continued to be the staple food of the people.

How well do you know Ladakh? Take this quiz to find out!
You might have read about Ladakh in a number of blog posts a lot of times, but seems like this land of high passes has still quite a few interesting facts that are unknown to you. Read a bit more, because this beautiful land is full of mysteries
Either you’re a travel buff or you’ve visited Ladakh quite a few times and explored it well – because with this score, we can tell you know the region quite well. There’s still much to know about the facts of these age-old region and its stories. Another visit maybe?
With the knowledge you have about Ladakh, you can easily become its travel expert! You know the A-Z of this stunning region of India.
Share
Tweet
Leh Ladakh, Quiz, Travel July 5, 2021 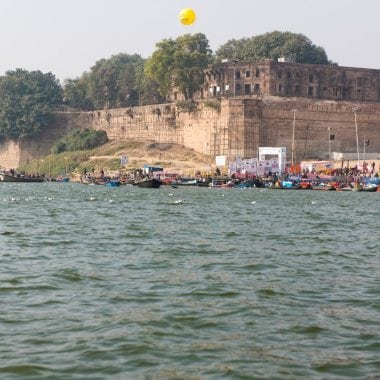 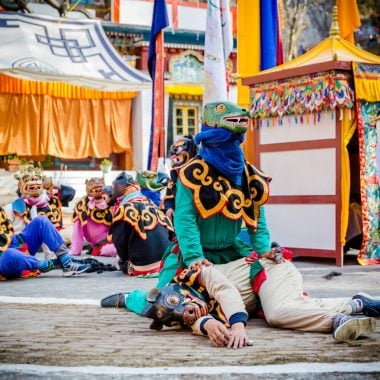