The capital of Sikkim and perhaps the cleanest city in India, Gangtok has become my absolute favourite touring spot in the nation. That’s a big statement given the fact that I keep touring the nation and have toured plenty of cities in India. I also believe my Gangtok sightseeing tour was as good as some of my international tours, if not better. The city has made a special place in my heart, so much so that my wanderlust for Gangtok has just become stronger after every visit.

The city has been constructed on a cloudy ridge that is about 5,500 feet above sea level. If you think about it, that’s insane and also probably why I love the city so much! The local sightseeing views in Gangtok are surreal! Although, I must say that the best places to visit in Gangtok are far from just the exceptionally beautiful sightseeing spots. The city is also for those who want to indulge themselves; Gangtok has one of the top Himalayan spa resorts in the country. What’s more, it even has a casino! Need I say more?

My experience of sightseeing in Gangtok has been exhilarating; the city is a gem in terms of being a travel destination. Here’s my best try at telling you about the beauty of Gangtok and its sightseeing wonders: –

Standing out among the most noteworthy monasteries, Rumtek monastery is of the essence to Gangtok. I was told by every citizen of the city to not miss ‘experiencing’ the Rumtek monastery; I didn’t just ‘visit’ the monastery, I witnessed the miraculous effects of spiritual vibrations on myself and my friends that I booked my Gangtok tour packages with. Remember when I wrote above that Gangtok’s sightseeing is far from all that the city has to offer; tell me, what can be more invaluable than a place that brings you peace as you have experienced never before!? However, that doesn’t disregard the fact the architecture and the design structure of the Rumtek monastery are stellar; the monastery is one of Gangtok’s local sightseeing marvel! But, there is one thing that I loved most, or let’s just say was moved by most, and that would be witnessing the monks do their morning prayers; the positive vibrations rejuvenated, motivated and inspired with all the positivity I needed for the day.

Oh, and by the way, no cameras allowed in here, a practice that I am in support of. It’s better to spend more time living the experiences that you want to preserve in a photograph. With no sightseeing cost, Rumbek monastery is Gangtok’s sightseeing paradise that you must not skip! 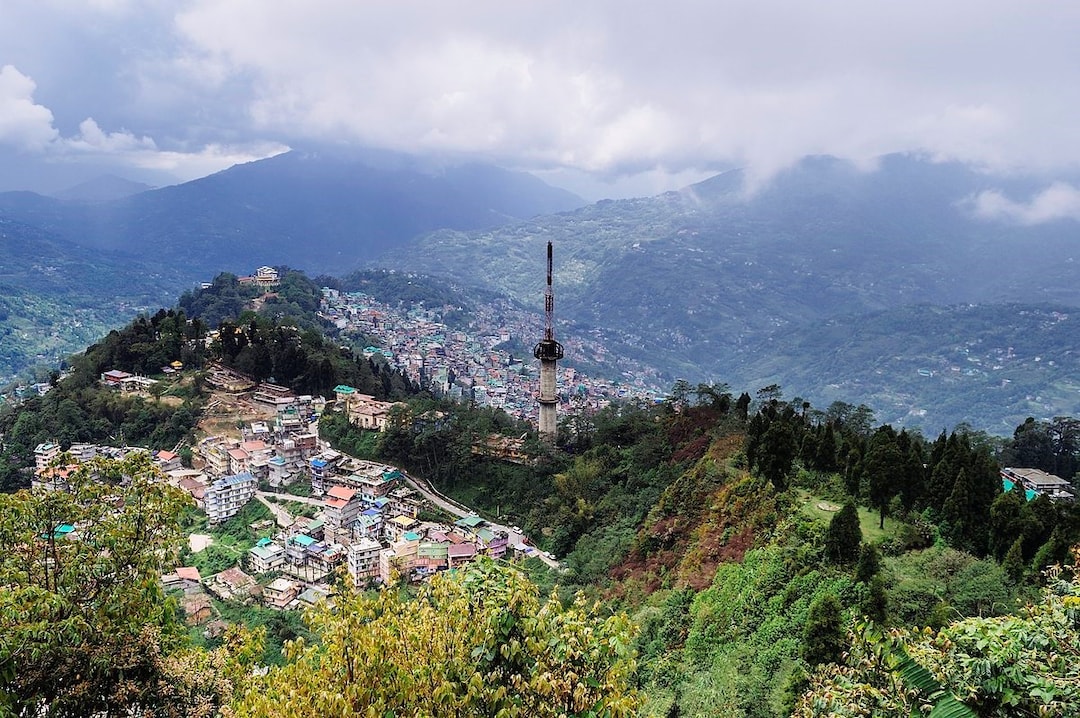 One of the most celebrated sightseeing destinations in Gangtok, Ganesh Tok is a must-visit for every vacationer. The prestige that Ganesh Tok holds is mostly because of its beautiful architecture. I must say, I had a ball with all my friends there! Ganesh Tok is particularly an important place in the Gangtok sightseeing tour as it encompasses a view that is majestic, to say the least!

I was mesmerized by the grandeur of Mount Khangchendzonga; the view was stupendous. I’d also suggest that once you arrive here, do take the time out to visit the Tashi View Point, one of Gangtok’s highly famed sightseeing place and the Bakthang falls, a mystical local sightseeing spot in Gangtok that is just as amusing as it is calming. All of these famous sightseeing places in Gangtok are situated pretty close. I have been incredibly interested in the Tibetan culture and Buddhism for as long as I first learnt about them, of which I’m certain was before the age of five. With such great interest and curiosity, I could not have skipped visiting Namgyal Institute of Tibetology. Established in 1958, the traditional Tibetan-style building is a work of art. With an exceptional museum and a vast library that houses the world’s largest collections of Tibetan works outside of Tibet, the Namgyal Institute of Tibetology is one of the sightseeing places in Gangtok that no vacationer or tourist should ever skip in their Gangtok sightseeing excavation.

I found myself a souvenir shop where I did a little more shopping than I thought I would. However, if you plan to visit the Namgyal Institute of Tibetology, do keep in mind the Institute is closed on second the Saturday of every month, Sundays and all official government holidays. Hence, plan on visiting the institute between 10 a.m. to 4 p.m. from Monday to Saturday. You will also be surprised to know (as I truly was!) that the entrance fee is merely 10 rupees! 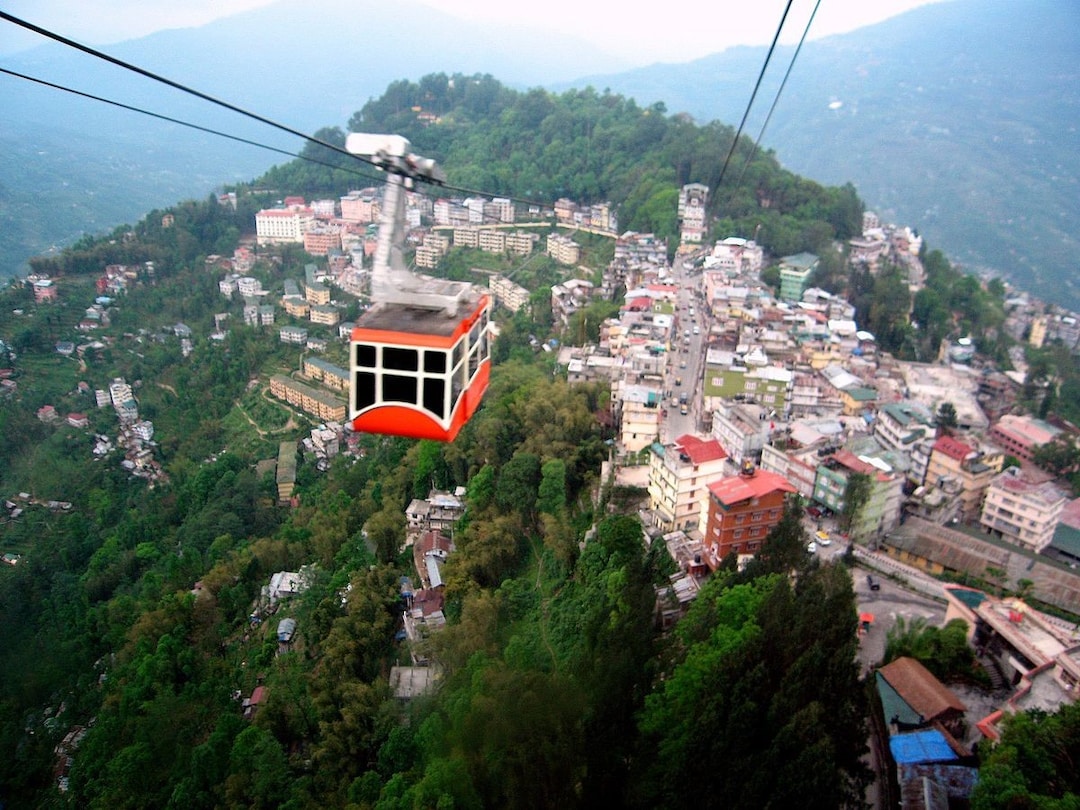 After visiting the Namgyal Institute of Tibetology, I boarded one of the Damodar Ropeway’s cable cars that are just about 350 meters from the institute. The majestic bird’s eye view that one has access to while riding the ropeways is tantalizing. If you ever ride one, you will have a stunning sightseeing view of Gangtok and the valleys that surround it. The ropeway takes its riders high up to the ridge of Tashiling Secretariat, and boy is it a ride!

Just keep in mind that the ropeway runs daily from morning 9.30 until 4.30 p.m. and tickets don’t cost more than 110 rupees per person. Children, however, are eligible for discounts. One of the most well-known sightseeing places in Gangtok, the Nathu La Pass is the pass that associates Sikkim with China’s Tibet Autonomous Region. During its earlier days, the pass was known to be shaped like a piece of the Silk Route.

For those who don’t know what the Silk Route is, “The Silk Route was a network of trade routes which connected the East and West, and was central to the economic, cultural, political, and religious interactions between these regions from the 2nd century BCE to the 18th century” courtesy of Wikipedia.

It was undoubtedly one of the quintessential exchanging courses that existed on the planet. People who enjoy driving and trekking are always in appreciation of the Nathu La Pass. On top of that, the picturesque views of the mountains here are a sight to behold. 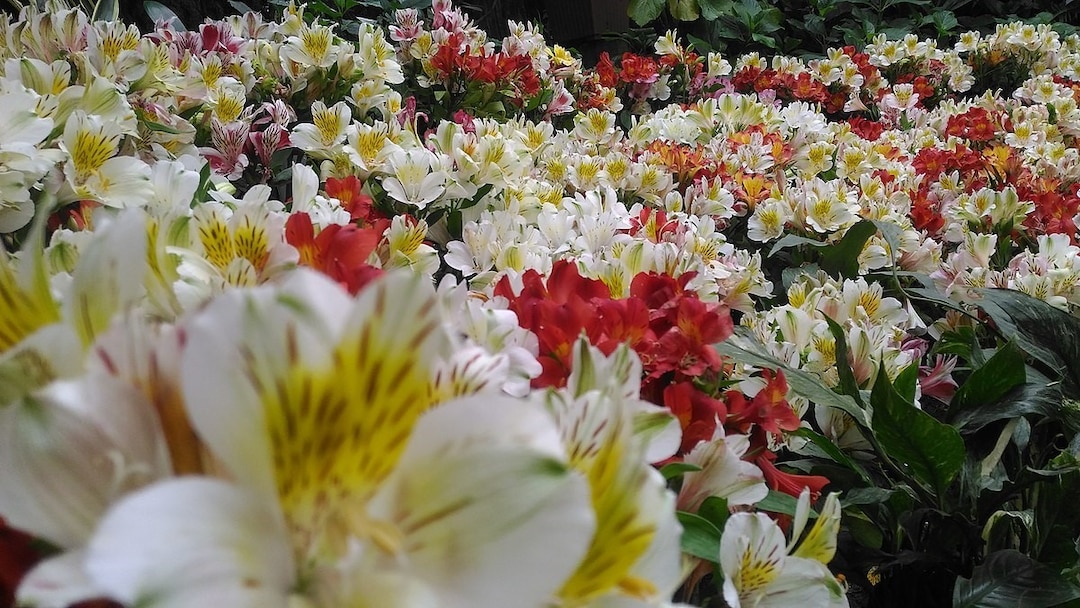 These two times i.e. April to June and September to November, are the best times to visit Gangtok. Every time after I disembark the cable car at the Tashiling Secretariat and stroll through the Ridge Park, I visit the Flower Exhibition Centre that is situated just below it. The flowers are at their blooming best, which is why I like travelling to Gangtok around these times. Even otherwise so, these are the best times when you can tour the most in the city, explore all the local sightseeing wonders that Gangtok houses and enjoy your trip without having to worry about any extremities of the weather.

The Flower Exhibition Centre is a greenhouse that bursts with high altitude blooms. Their speciality, however, is orchids. These orchid bulbs and seeds are even made available for purchase. I have bought them and I must say, those seeds grow you quite the orchids! The centre is usually open from 10 a.m. until 6 p.m. and the tickets cost no more than 20 rupees each.

With all that Gangtok has to offer, travelling to this mystical destination felt fulfilling. The low cost of sightseeing and travel in Gangtok is just the icing on the cake. The memories I have made in the city are kept safe in the happiest corners of my mind.