There are several hill stations in the state that are, by virtue of their natural beauty, close to picture-perfect. However, many travellers skip visiting the temples in Himachal. Well, you are missing out on a lot more than you can imagine! On the whole, Himachal Pradesh has sundry temples for people looking for a pilgrim destination in the Himalayas.

Here is a meticulously designed list of temples that you should definitely visit in the state: –

Situated on the Kalka-Shimla Highway, Sankat Mochan is one of the most famous temples in Himachal Pradesh. This temple was commissioned by Neem Karoli Baba and is dedicated to Lord Hanuman. Initially, when the temple was established, there was just a small shrine but with time it has developed into a 3-storied building. People from around the country come here to offer their prayers to the Lord. Sankat Mochan Temple is also used for many purposes like feeding the poor people (Langar) and conducting auspicious ceremonies such as marriages. In the temple premises, there is an Ayurvedic clinic that addresses the health problems of all the devotees.

The list of temples in Himachal Pradesh is never considered complete if you don’t include Tara Devi Temple of Shimla in it. This is one of the oldest temples of Himachal Pradesh dating back to 1770s. This temple is situated on the Kalka-Shimla Highway about 15 km from the city of Shimla near Shoghi. It is believed by the locals that Tara Devi was the family deity of Sen Dynasty. If we were to believe the legends about this temple, it says that the temple was commissioned by Bhupendra Sen to build the temple on 50 bhiga land. The best time to visit this temple is on Ashtami during Shardiya Navratras. There is a festival that’s held in the temple that can be enjoyed by the devotees. 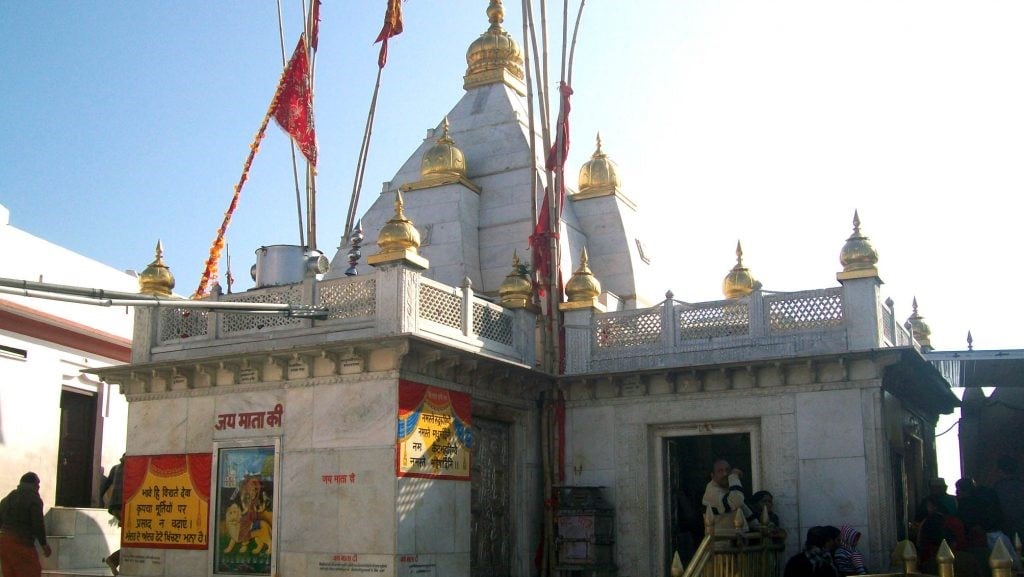 Naina Devi Temple of Himachal Pradesh is an eminent temple situated 70 km from the main city of Bilaspur. The temple is dedicated to Naina Devi who is known to be an incarnation of Goddess Durga. Another legend that the locals believe about this place is that Naina Devi Temple is situated at the spot where an eye of Sati (Durga) fell when her body was cut into 51 pieces by Lord Vishnu in order to pacify Lord Shiva. Also, the word “Naina” means eyes. The temple is believed to be established in the 8th Century by Raja Bir Chand on a hillock which is now made more accessible via ropeway. So, if you are looking for a serene and a picturesque spot then amongst all the Devi temples in Himachal Pradesh, this one is going to amaze you the most. 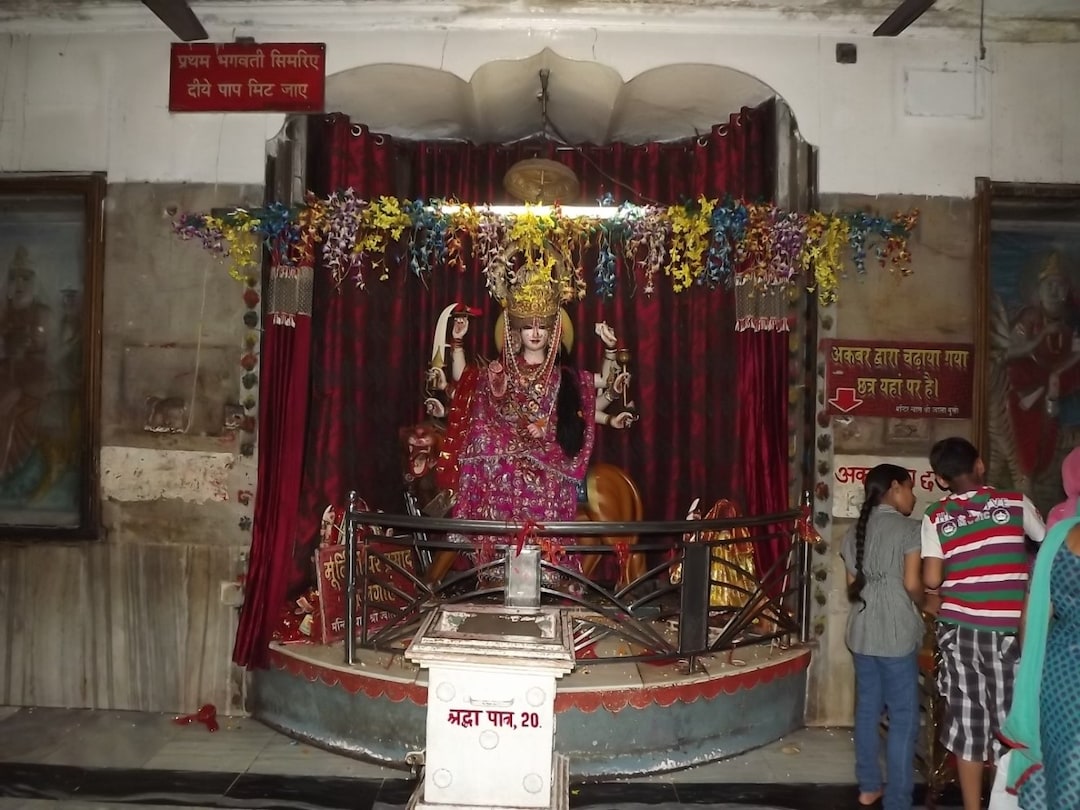 There are 51 Shaktipeethas and amongst them, Jwala Devi Temple of Kangra, Himachal Pradesh happens to be among the most important of them all. The temple situated in the Kangra district is the Jwalamukhi village where the tongue of Sati is believed to have fallen. Just like many other Devi temples of Himachal Pradesh, this one is also known to have a legend attached to it. If we were to believe the legends, it was a shepherd who saw a blazing fire from a nearby mountain while he was herding the cattle. The shepherd informed the king about this incident and went to the exact place. To his surprise, the fire was still there and the king was able to get the Darshan of Jwala Devi. He then built a small temple around the place which was then constructed and erected well by Raja Bhumi Chand. It is also believed that no one returns empty-handed from here. When you are at this temple, do not forget to offer coconut here.

Chamunda Devi temple of Himachal Pradesh is another popular pilgrim destination for the devotees visiting Kangra. This temple is situated about 10 km from Palampur in the Kangra District. The locals have a lot of faith in the goddess and they take her as the mother goddess. Chamunda Devi is held higher than any other goddess by the people of Himachal and this is why this temple is of utmost importance to them.

The story behind the establishment of the present Chamunda Devi temple dates back to approximately 400 years from now. It is said that a Brahmin priest and the Kangra King prayed to the goddess to allow them to shift the Chamunda Devi temple to a place that is more accessible for the people. The same night after the prayer, the king dreamt of the goddess showing her the direction as to where the shrine can be placed. There are several other miraculous stories behind this temple that can be heard from the locals. Also, if you visit here, you are going to enjoy the scenic beauty that the place has to offer. One of the most famous temples in Himachal Pradesh is the Triloknath Temple which is situated in Mandi. Dedicated to Lord Shiva, this temple is the oldest one in Mandi. It is believed by the people here that Triloknath Temple was built by the wife of Raja Ajber Sen in the early 1500s. Mandi comes in a way while you head towards Kullu Manali. The entire temple is built and designed on the three-faces of Lord Shiva. One can locate the shrine on the Mandi-Pathankot Highway and approximately 2 km from the new Mandi Town. So while you visit the famous hill station, you can also go to this temple and offer your prayers to the lord.

This is a list of top 6 temples of Himachal Pradesh that have a lot of importance in the hearts of the locals. If you are planning on visiting any of the destinations where these temples are located, we’d say that’s a great decision. Also, these temples are already included in several Himachal tour packages for couples. If you ever had a doubt about their significance to date, then this blog will dispel those.