Blog › Know About The Best Time to Visit Jaisalmer 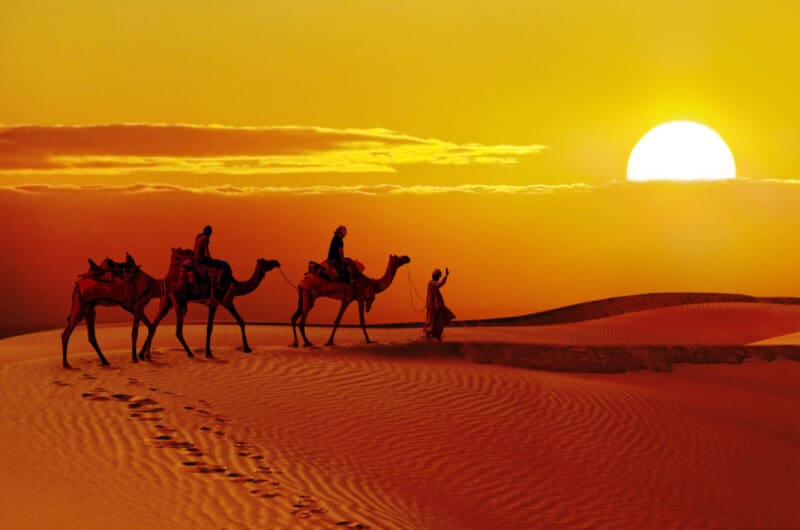 Know About The Best Time to Visit Jaisalmer

Jaisalmer, the entrance to the Thar Desert, sits beyond Rajasthan’s dazzling royal cities. The Jaisalmer Fort, also known as “Sonar Quila,” is a famous tourist destination in India, recognised for its beautiful yellow stone construction.

Rawal Jaisal founded the city, also known as the “Golden City,” in the mid-12th century, and today, Jaisalmer has emerged as a piece of royal history from Rajasthan, with numerous beautiful constructions, monuments of local historical significance, and abandoned villages. So, before you pack your bags and book a Jaisalmer tour during the upcoming tourist season, read the following blog to learn everything there is to know about the city.

Revisit the History of Jaisalmer

If geology is your thing, then Jaisalmer is the place to go. The Wood Fossil Park, or Aakal, lies about 15 kilometres outside of town. Geologic catastrophes that happened in the Thar Desert 180 million years ago may be discovered and traced here. Jaisalmer also serves as a border guard for western Rajasthan and India. This “Golden City” is located near the Pakistani border and close to the Thar Desert. The Jaisalmer Fort, popularly known as Sonar Qila, is the city’s most notable feature (Golden Fort). Unlike other Indian forts, Jaisalmer Fort is more than simply a tourist attraction. It is home to stores, hotels, and old Havelis (homes) where families have lived for generations.

Jaisalmer dates back to the 12th century. According to history, Rawal Jaisal, the oldest heir of the Rawal of Deoraj, was passed up for the throne of Lodurva, and a younger half-brother was made king, according to legend. When he came across Sage Eesul, he went in search of a new spot to establish his capital. The guru informed him about Krishna’s prophecy, which stated that a descendant of his Yaduvanshi clan would establish a new empire at this location. Rawal Jaisal built a mud fort, called it Jaisalmer after himself, and declared it his capital in 1156.

Places to Visit in Jaisalmer

Jaisalmer’s allure and gallantry are self-evident. We considered a variety of terms to characterize the jewels of this treasure in Rajasthan, including battle-scarred forts, chivalric charm, riotous hues, stunning sand dunes in Jaisalmer, slightly haughty pride, and romantic honour. Most, though, are nearly perfect for describing one or more of the magnificent spots to see in Jaisalmer, one place that captures the notion of wonderful Indian history with courage and passion. Take a peek at the city’s breathtaking marvels, which are the top tourist attractions in Jaisalmer.

The Jaisalmer Fort is regarded as the “Golden Fort of Rajasthan.” Raja Jaisal, a Rajput monarch, built it in 1156 AD. It is one of the world’s biggest forts. The Fort’s golden and yellow blended sandstone gives it a wonderful appearance. The fort, which appears to rise from the desert dunes like a mirage at night, is a sight to behold with its 99 turrets. The fort is bold and lofty, showcasing the charm of Rajasthani architecture.

The best way to appreciate the splendour of the desert at night is to stay at a Desert Camp in Jaisalmer. Spend a night among the sweeping sand dunes, away from the city and surrounded by the enchanting splendour of the desert, like the Maharajas of old. There are opulent campers accessible to more affluent guests, but there are also budget-friendly choices.

The majority of the desert camps in Jaisalmer are located near the Sam Sand Dunes, while the Khuri Sand Dunes have lately gained popularity. Every tent has a stunning view of the desert.

The tents have custom-designed, traditional furnishings as well as all of the necessary facilities. You may have the fun of your life seeing gipsy dancing and music at a luxury desert camp near Jaisalmer, or you can go on a desert safari on the back of a camel. The golden city of Jaisalmer is located near the Indo-Pak border, on the outskirts of the Thar Desert. Jaisalmer experiences very high temperatures during the summers and winters due to its location and topography. Jaisalmer’s weather is dry and arid all year due to its closeness to the Thar. Even during the rainy season, the city receives minimal rain. However, the showers do provide some short-term relief by lowering the heat.

The golden city retains its allure throughout the year, regardless of the weather. Tourists, on the other hand, prefer to escape the scorching summers. Continue reading to find out when the best time to visit Jaisalmer is!

The best time to visit Jaisalmer is from October to March when the temperature is mild. Summers in the Thar Desert are exceedingly dry and hot and must be avoided. The heat will undoubtedly take its toll on your body, and you will be unable to fully enjoy your trip. Temperatures can drop to 1 or 2 degrees Celsius during the winter, especially at night, so thick gear is required. The monsoon season is also a fantastic time to visit Jaisalmer. During this period, you might notice some greenery sprouting on the parched lawn. Jaisalmer is a colourful and dynamic city with an even more lovely culture that should be explored.

Jaisalmer During the Winter Season (October-March)

The desert climate is harsh and dry, with blistering heat to boot. However, the winter temperature in Jaisalmer is significantly colder and urges you to visit. The months of October, which is the best season to visit Jaisalmer, through March are perfect for tourism and outdoor activities. The weather is pleasant throughout the day and chilly at night. Nights can be a little chilly, but nothing a thin sweater or shawl couldn’t fix.

Plan your Jaisalmer itinerary this winter, and explore some of the most gorgeous palaces and forts, as well as other equally spectacular structures, at your leisure. If you enjoy the outdoors, you may go on desert safaris and even ride camels. Return to the hotel at night and huddle up by the fire to remain warm and cosy.

Jaisalmer During the Monsoon Season (July-September)

The monsoon season in Jaisalmer lasts from September through October with little or no rain. Temperatures vary from 19 to 33 degrees Celsius. The temperature is lovely, but the humidity makes the entire environment uncomfortable. After the blazing heat of the summer season, the monsoon season provides a welcome reprieve, helping to lower the excessive heat in the atmosphere. The Thar desert’s sandy surface is clothed with blooming, lush green flora after rain. If you plan a vacation during the monsoon season, you will undoubtedly appreciate the vivid and bright weather that follows the rains. You would be able to easily tour and be astonished by the splendour of the different magnificent forts, palaces, and clean temples. A stroll through Jaisalmer’s bustling marketplaces will be a genuine treat.

Jaisalmer During the Summer Season (April-August) The summer in Jaisalmer lasts three months, and it is quite hot throughout this time. Due to the harsh weather, however, this is the best time to go to Jaisalmer for budget tourists since hotels in and around Jaisalmer offer significant discounts during the off-season. It is critical for travellers visiting Jaisalmer during this season to carry light, cotton clothing as well as plenty of sunscreen. With the temperature in Jaisalmer averaging over 40 degrees Celsius throughout the day, it’s clear to see why summer isn’t as popular among visitors.

One benefit of visiting Jaisalmer is that all of its attractions are accessible all year. Regardless of the season, you will have an all-encompassing experience of this beautiful city, its history, and its regal past. While in the golden city, immerse yourself in the lives of the Rajputana aristocracy and bring back unforgettable memories. A visit to the Sonar Quilla and a brief stop and snack at one of the various cafes inside the fort complex would be a delightful experience. A camel safari is a must-do when in the desert. You might perhaps like some dune bashing in the Thar Desert. Visit Gadsisar Lake and stay at the Oasis Hotel in Suryagarh if you want to travel in style. No matter what time of year you visit, Jaisalmer has something for everyone. 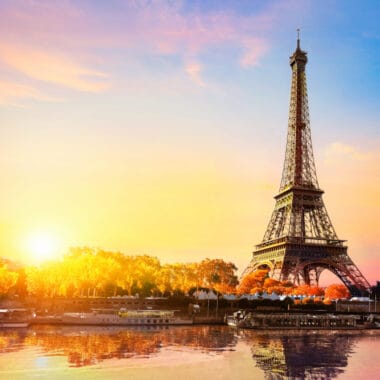 6 Most Romantic Hotels near Eiffel Tower 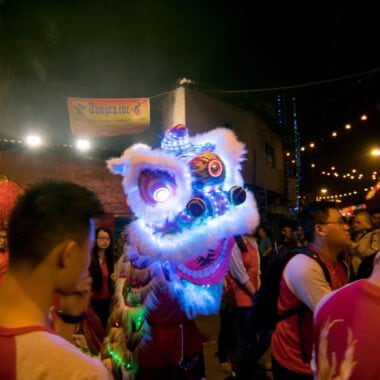 Chinatown in Kolkata - 6 Irresistible Reasons to Pay a Visit Here