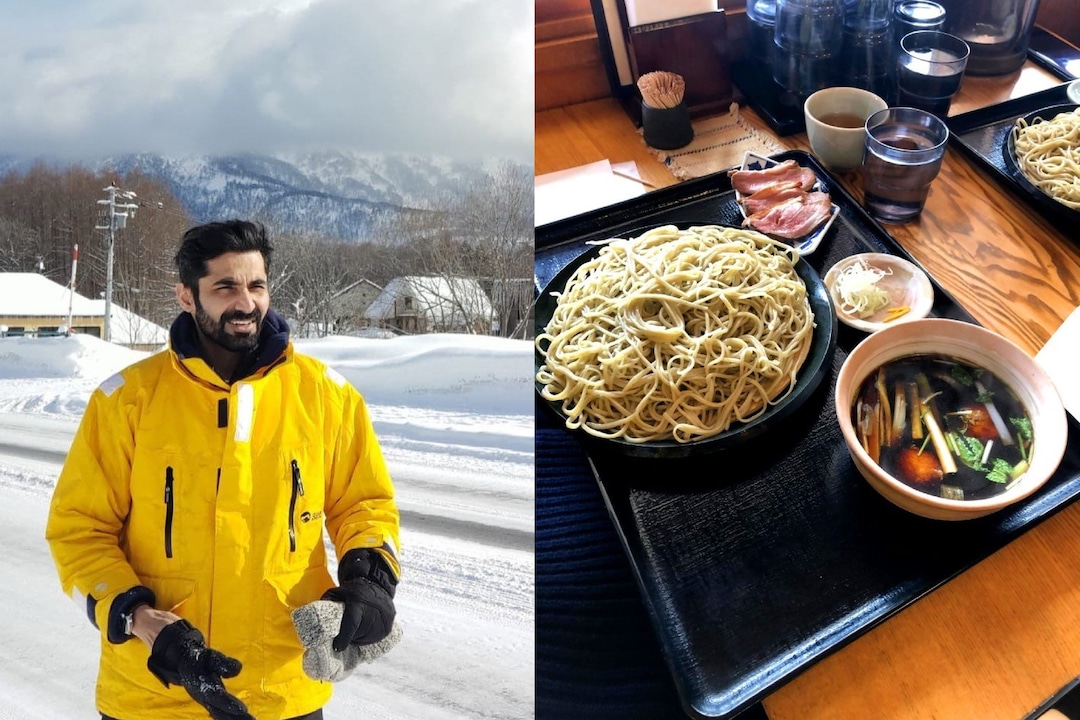 And we are back! Konichiwa!!! It’s time for part 2 of the Japan Food Series and today let’s dive into something that originally came from China, but soon after became such a staple in Japan, that it went through its own unique development. And yup, you guessed it right, the theme for part 2 is noodles! #slluurrrrrrpp

Called ‘men’ in Japanese, noodles are often seen as a convenient food, found at every nook and corner in the Land of the Rising Sun. As you travel through Japan, you come across countless regional varieties of Japanese noodles that can be enjoyed in soups, dipping sauces, stir fry dishes or as part of salads.

First on the list definitely has got to be Ramen noodles. It has now become a habit to go looking for the closest Ichiran Ramen (one of the most popular Ramen chains in all of Japan) as soon as I reach Tokyo and enjoy a delicious soup bowl of Ramen. The Japanese love their Ramen and you will often see people queuing up outside Ramen outlets for long periods of time. After multiple trips to Japan, I have certainly formed this belief that if you see a queue outside a restaurant in Japan, it is well worth the wait and never has this approach backfired for me. Literally everyone in Japan loves Ramen. Speaking of the dish itself, Ramen can be described as a thin and often curly or wavy noodle made of wheat flour, salt, water and a form of alkaline water called kansui. A typical ramen bowl is enjoyed in a soup made from chicken or pork stock, kombu, katsuobushi (dried, fermented, and smoked skipjack tuna), niboshi (Japanese dried infant sardines), shiitake mushrooms, and onions.

The broth for the soup bowl also comes in different types and the major ones that you will find everywhere would include: Tonkotsu Soup (white colored thick broth made from pork bones), Shoyu Ramen (clear brown broth made with stock and plenty of soy sauce), Shio Ramen (yellowish broth made with salt and broth) and Miso Ramen (famous in Hokkaido, and may use butter and corn, cabbage, sesame seeds, and garlic).

As I write about Udon, I can’t help but reminisce the last time I had an Udon meal. That was a quick meal in between ski sessions in Niseko Town in the Hokkaido region of Japan. To simply put, Udon are the thickest of the Japanese Noodles. They are white, wheat based noodles often served chilled and dipped in sauce or served in a broth soup. Like the types of ramen, there are a few different types of Udon noodles. Among these, a few famous udon dishes are tempura udon (served with tempura), chikara udon (served with mochi), stamina udon (served with meat, egg and vegetables, tanuki udon (served with tempura batter flakes) and finally udon in their simplest form that is noodles eaten with thinly sliced green onions and soup.

Soba noodles are made of buckwheat flour, roughly as thick as spaghetti, and prepared in various hot and cold dishes. Similar to Udon, many of the Soba preparations are either served chilled with dipping sauce or in a soup. Fun fact: Soba noodles are traditionally eaten on New Year’s eve in Japan, a tradition that is practiced to this day all through the country. One of the most popular variations of buckwheat soba noodles is Zaru-Soba which is chilled soba served on a bamboo tray with bits of nori seaweed and green onions, and dipped in Tsuyu (traditional Japanese soup base)

Although it sounds very much like Soba, Yakisoba are a different type of noodles. Yakisoba noodles are made of wheat flour and are stir fried and visually, the noodles can seem more similar to ramen noodles. Apologies on taking this Indian Chinese tangent ?, but they are a form of Japanese noodles that comes closest to the popular Indian Chinese Hakka Noodles. The Japanese Yakisoba preparation includes small pieces of protein (chicken, pork or tofu), vegetables and flavoured yakisoba sauce. Accompaniments include aonori (green seaweed powder), beni shoga (red picked ginger), katsuobushi (bonito flakes) and mayonnaise.

Ramen, Udon, Soba & Yakisoba are among the most popular varieties of noodles in Japanese cuisine. But it’s worthwhile to mention a few others now that we are exploring the noodle territory. Here are a few more:

Sōmen noodles, which are popular in the summer, are very thin white wheat flour noodles, usually served cold. A fun summer variant of sōmen is nagashi-sōmen, or flowing sōmen. The noodles are placed in long bamboo flumes. Diners “catch” the noodles as the sōmen pass by, and then have it after dipping in their tsuyu soup base.

noodles can best be described as being a little thicker than sōmen and thinner than udon. A telling difference is that these noodles are sometimes pink or green in colour too.

Shirataki noodles, also popularly known as zero calorie noodles are thin and translucent, and have only recently become popular in Japan as a weight-loss delicacy. These are made from konjac plant jam and are low in carbohydrates.

And finally, the last variant that we will feature in this part is Harusame noodles. These are glass noodles made from potato starch and commonly used in salads or hot pot dishes (which we discussed in part 1).

After having taken this noodle journey with you, I am definitely headed straight to the kitchen in the mood for some Udon noodles tonight. I hope you make yourself some Ramen or Soba too ?

Until next time then, Meshiagare or Bon Appetit. 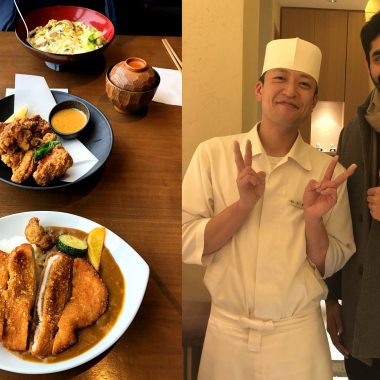 How well do you know international cuisines? Take this quiz!