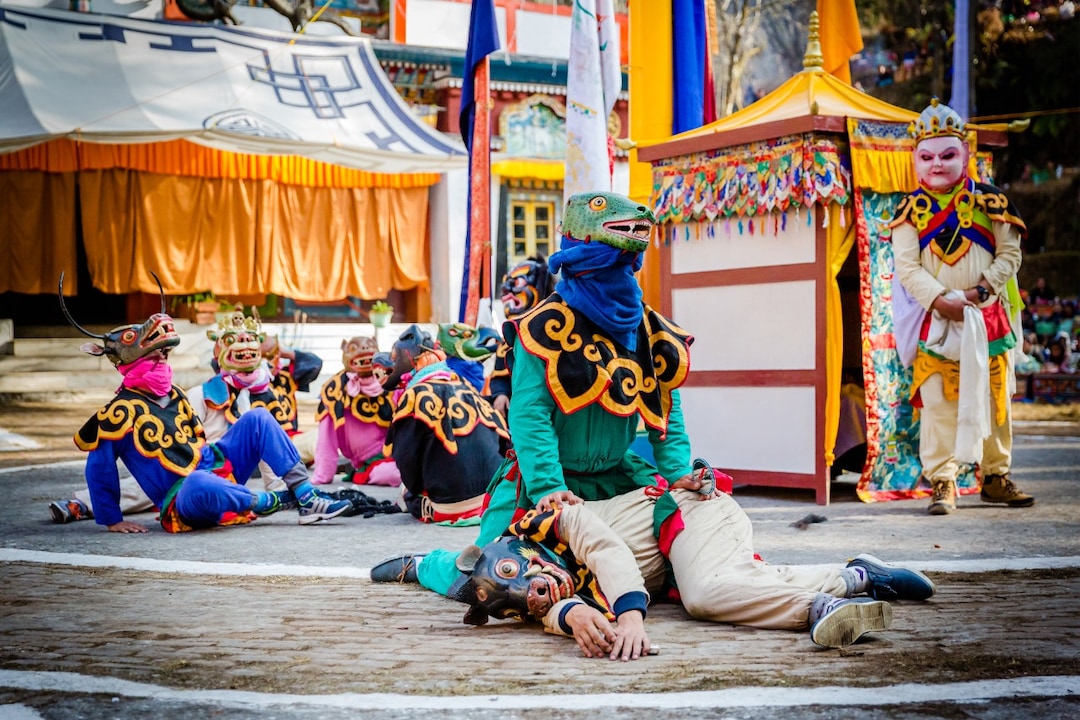 On 16th May 1975, Sikkim became the 22nd state of India. Nestled in the eastern side of the Himalayas, this quaint pictorial hamlet is bordered by three countries—China, Nepal, and Bhutan on the North, West, and Eastside, respectively. The south, however, touches another Indian state, West Bengal.

Rich in its history and culture and the roots belonging to the ancient monarch regime, Sikkim has Buddhism and Hinduism as the dominant religions. Tribes like the Bhutias, Lepchas, Nepalese, Tibetans, etc live, work, and enjoy together in this picturesque place.

“Small things sometimes mean a whole lot” and rightly so! The second smallest state of India and the least populous of all, Sikkim, is one of the most desired places to visit on any traveller’s list. Not only because of its immaculate beauty, gushing rivers, mountainous terrains, exotic flora and fauna, panoramic views of mighty Himalayas, or blissful silence on towering heights, but also because of the fervorous festivals of Sikkim. You read that right!

With a population of seven lacs, and given its multi-cultural society, not a month goes by without a festival being celebrated in Sikkim. Here are the 15 Sikkim festivals you should know about: –

This festival in Sikkim brings the new year to the state according to the Tibetan calendar. A 4-day merrymaking period celebrates the bountiful post-harvest period for farmers. Almost like Baisakhi in Northern India, it’s a family and friends get together that enhances the aura of festivities in the air. The grandest name amongst Sikkim festivals is celebrated with great pomp and show that includes dancing as the major attraction and their way to show happiness. You can witness the Lamas dance in a genre known as Chaam—masked dance dramas.

It is one of the most famous festivals in Sikkim that celebrates Lord Buddha’s teaching of 4 noble truths to his first five disciples in Sarnath, at a deer park.

It is observed on the 4th day (Teshi) of the 6th month (Drupka) of the Tibetan calendar.
Lord Buddha is a revered deity in Sikkim, and people seek blessings and happiness on this day. You can see monasteries filled with devotees on this day. In a nutshell, the four noble truths are:

You can read more about these in detail by visiting any monastery.

When: July-August every year

On the 15th day of the 7th month in the Tibetan calendar, a special festival is celebrated across the communities. The day celebrates the majestic Mount Khangchendzonga, considered as a saviour of the Sikkim. The guardian deity, according to the legend, has guided the then chief of Buddhism, to a hidden valley of rice plantations, Demajong.

With huge street processions alongside masked dances called Chaams, this spectacle is worth a part of. The day also brings harmony amongst all the communities as they together pray at Pang Lhabsol to continue protecting the rice-producing state.

Also known as the Triple Blessed festival, this day celebrates the three phases of Lord Buddha’s life. This festival of Sikkim is a must-include tête-à-tête in your Sikkim tour package. It is an auspicious month for Sikkimese Buddhists, especially the Mahayana community. Devotees flock to the monasteries to offer prayers and special butter lamps to commemorate the three phases of Gautama Buddha—his birth, enlightenment, and attaining Moksha.

Celebrated on the full moon day of the 4th month in the Buddhist Lunar calendar, when the rest of India celebrates Budh Poornima, with people holding and bowing to holy texts and Lord’s statues while monks, dancing and playing music, the spectacle itself is an act of worship.

Have you ever predicted the future through a pot of water? No? Come and be a part of this ritual in Sikkim, roughly in January. A pot (Bum) is filled with the holy water (Chu) every year. The Lama at Tashiding Monastery opens it to distribute it amongst the devotees. It is said that the level of water predicts the prosperity of the upcoming year. This extravagant occasion is celebrated with much enthusiasm and love.

When: February-March every year

Another occasion of festivities, this day brings the Tibetan New Year. Like most of the Sikkim festivals’ dedication for the land and harvest, Losar matches with the end of the harvesting period, roughly February. The major attraction happens two days before Losar when Chaam is performed at Rumtek monastery. It is simply a treat to watch.

When: Mid February every year

It is one of the oldest festivals in Sikkim and quite special to the Lepcha community. This occasion marks the importance of Mount Tendong, which is located south of Sikkim. The legend has it that this mount saved the Lepcha community from great floods. This thanksgiving festival lasts for three days that showcase various cultural programs, exhibits costumes, ornaments, and traditional Lepcha foods.

It is one of the main festivals of the Hindu Nepalese of Sikkim. Similar to 9-day Navratri and the 10th-day Dusshera in India, Dassin marks the 10th day. With an immense aura of festivities all around the state, the elders of the house gift the younger ones with their blessings. Huge idols of Goddesses Durga statues were taken as a procession to immerse in holy rivers the following day to mark the end of Dashain. A special kind of charm will envelop you for being a part of this festival.

Nothing is more eye-pleasing than looking at endless species of fragrant flowers. Gangtok, the capital city of Sikkim, and also one of the best places to visit in Sikkim, is a host to this annual extravaganza. They organized the kaleidoscopic event in May each year that attracts a hoard of tourists and locals. The food festival, where local delicacies are served and cherished, follows the flower show.

When: Entire May month every year

If you’re looking for an offbeat festival in Sikkim, you must know about this festival of music. 3-day merriment of dance, food, and music, up the hill, at Mangan, can become an unforgettable memory. At a towering height of 3456 m, with an azure sky and the view of snow-laden mountains, this festival offers you to experience different music bands from nearby areas.

When: Mark your dates for 12th-14th December and experience something spectacular!

A festival that was also declared a state holiday in the year 2011. A remarkable day for the Newar community of the Nepalese living in Sikkim.  It celebrates the obeisance for rain God Indra. The entire state witness a fanfare with masked dancing, chariot processions, and much more. One of the best approaches to observe the Sikkim culture in its truest form, being a part of Indra Jatra.

The 10th day of the 5th month in the Tibetan calendar marks the festival and birth anniversary of Guru Padmasambhava. The occasion brings the Chaams at Rumtek monastery celebrating the life and times of the great sage, also known as Guru Rimpoche-the founder of Tibetan Buddhism. This ceremony is celebrated with great zeal in the Rumtek monastery and attracts thousands of devotees and tourists.

When: July-August every year

It is an important festival of Sikkim for the Tamang community, the biggest and the widespread amongst all communities in Sikkim. This carnival takes place in January-February. The spectacle creates an environment of great energy and positivity. Besides offering prayers to Lord Buddha for his birth and presence, traditional dance on Damphu (a round hand drum) is a major highlight of this festival.

When: Mid February every year.

Sikkim celebrates one of the most significant of all festivals across India with great gusto and glee. Deepavali or Diwali, known as Tihar, in Sikkim. The entire state illuminates with glittering lamps and colourful gleams in this festival of lights. One of the unique and heart-touching parts of this festival in Sikkim is celebrating the lives of animals. In a 5-day long fiesta, day 1 celebrates and worships the symbol of sorrow – crows followed by Kukkar (dogs) the next day and so on by honouring five significant animals in Hindu mythology. Being a part of this festival will tug your heart to this land of spiritual appeal.

Maghe Sankranti is the name of a famous Sikkim festival that marks the onset of warmer weather in the state. Taking a holy dip at the convergence of sacred Teesta and Rangeet rivers is a norm of this day. The biggest fairs and melas are a part of this carnival, and Jorethang Maghe Mela is the prime amongst all.

When: 14th January every year

An expressive way to rejoice in the heritage, culture, and traditions of a place, festivities also offer a human touch of connection and belongingness. Being a part of various festivities is a sure way to keep a joyous heart. See you there! 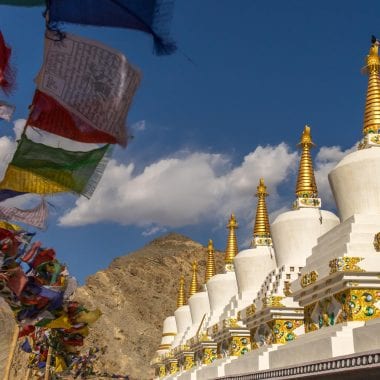 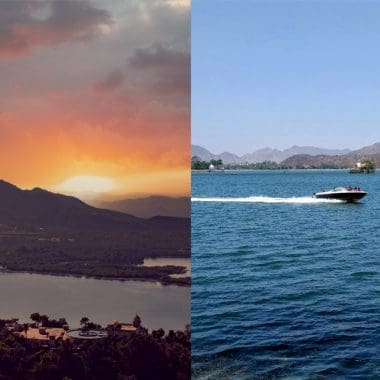 Top 7 Lakes in Udaipur Which You Just Can Not Miss