Blog › 10 Famous South Indian Temples You Should Not Miss 10 Famous South Indian Temples You Should Not Miss

Standing tall and majestic since ancient times, the monuments of South India form a breath-taking sight, telling tales of the past with a unique fervour. Many people tend to opt for a South India tour package so they can enjoy the tranquil environs of the south, laze around on the magnificent beaches, or explore the reaches of the beautiful backwaters. However, that does not mean that you should forget about the famous temples in South India. More than religious destinations, these temples are a shining example of the varied forms of architecture that have been impacted by several historic dynasties over a period of several years.

Many historians consider the South Indian temples to be the finest devotional monuments to be constructed. With carved gopurams, larger than life statues, and the most intricately carved spires, here are the top 10 temples in South India that you should visit at least once: –

The biggest temple in South India, Srirangam is the foremost of the self-manifested shrines (Swayam Vyakta Kshetra) of Lord Vishnu. Also known as the Ranganathaswamy Temple, it is located on an islet that is formed by the rivers Cauvery and Coleroon. Exhibiting a beautiful form of Dravidian architecture, the temple holds a lot of religious significance. Counted as one of the grandest South Indian temples, Srirangam dwells in ethereal surroundings, covered in an illustrious yet serene aura. The temple boasts of a Sapta-Prakaram formation that surrounds the sanctum sanctorum and follows the Thenkalai tradition of Sri Vaishnavism. Covering an area of around 156 acres, this is the biggest temple in South India and also encompasses an entire temple town settlement. Apart from religious importance, the town is also an epigraphical and archaeological site that offers visitors a window into the South Indian culture and society of the early and mid-medieval times.

Dedicated to Lord Shiva, this temple in South India is home to one of the 12 Jyotirlingas in the country. The presiding deity in the temple, which is said to have been worshipped by Lord Rama, is a Lingam of Ramanathaswamy or Shiva. The temple has many spectacles for one to behold. Designed in the Dravidian style of architecture, the temple also houses the longest temple hallway in India which has 4000 pillars. This Shiva temple in South India also houses a statue of Nandi, Lord Shiva’s bull. The statue is 17 feet in height and 12 feet wide, making it one of the biggest manifestations of Nandi. This South Indian mandir was built in the 17th century and since then has garnered wide-spread fame. However, before you visit the temple, you should know that there are strict dress codes that are to be observed, and attire like Bermudas, tight leggings, jeans, and lungis are not allowed.

One of the oldest temples in South India, the Meenakshi Temple is a marvel of medieval architecture in India. It is believed that the original foundation of the temple was laid by Lord Indra in the 1st century. Later, the temple was destroyed by an invader, Malik Kafur, in the 14th century and the present structure that stands was built in the 16th century. This South Indian mandir also hosts the annual Tirukalyanam Festival which takes place over 10 days and sees more than a million visitors during the time. With architectural elements like Meenakshi holding a parrot and the raised leg pose of Nataraja that are more than enough to keep one spellbound, the temple complex also has 14 brilliant gopurams, including two golden gopurams. One of the most famous temples in South India, the Meenakshi Amman Temple is an epicentre of culture and religion and a popular landmark in the southern states of India.

The Laxmi Narayani Temple is dedicated to the goddess of wealth, Laxmi, and is located in the foothills of the Western Ghats where it sits atop a massive stretch of lush greens. This is one of the South Indian temples with names that showcase what it says. It was built using gold foils and layers which was how it earned its moniker of the Golden Temple in South India. With finely inscribed pillars standing proud and intricate carvings gracing the ceilings, the temple is not just a good place to visit for its ritualistic significance but is a popular tourist attraction as well for the sheer excellence of architecture.

Located in the city of Thanjavur, this is one of the South Indian temples with names in the list of World Heritage Sites by UNESCO, which is a mark of the temple being one of the biggest achievements of Chola architects. Built in the Dravidian style of architecture, Brihadeeswarar Temple is one of the Great Living Chola Temples and one of the most visited religious sites in Tamil Nadu. One of the oldest temples in South India, it is a notable fact that the temple casts no shadow on the ground when the sun is at its pinnacle.

Apart from showcasing a splendid architectural design, the temple houses statues of Ashtadikpaalakas, or the Guardians of the directions – Agni, Indra, Nirrti, Kubera, Varuna, Yama, Isana, and Vaayu. Another feature because of which the Brihadeeswarar Temple is counted among the best temples in South India is that it houses a number of pillars that are quite famous for their acoustics. Each of these pillars produces a different musical note when it is tapped.

Counted among the most famous temples in South India, the Sri Venkateswara Swamy Temple is also known as the Tirupati Temple. The temple is dedicated to Sri Venkateswara who is also known as Balaji, an incarnation of Lord Vishnu. This is one of those South Indian temples that embody a regal design and showcase the prowess of the Dravidian style of architecture. The inner sanctum houses a 2-metre-high standing idol of Balaji which is flanked on either side by Bhudevi and Sridevi, his consorts. Visit this ancient temple in South India to catch a glimpse of the black crown that adorns the idol of Sri Venkateswara. This crown is a piece of art that is made entirely of pure diamond and is said to be the most precious single ornament in the world.

Arguably, this is one of the most famous temples in South India. Situated on a hilltop and surrounded by dense forests and mountains, this temple is dedicated to Lord Ayyappan who is believed to be Lord Vishu’s incarnation. If you are looking for adventure, you can use the traditional forest routes to reach the temple, or you can opt for the one from Pamba which is less gruelling. This ancient temple in South India was recently subject to a lot of publicity due to the fact that earlier, women between the ages of 10 and 50 were not allowed inside the temple. However, after a Supreme Court order in 2018, women have been allowed inside this South Indian temple. With its name steeped in history, Sabarimala is also in keeping with modern times.

The temple is a completely plastic-free zone, which means that devotees and visitors are not allowed to bring plastics to its premises. Also, if you plan to visit Sabarimala, you should know that it is only open during the days of Mandalapooja, Makaravilakku, and Vishu.

One of the most important South Indian temples, the Padmanabhaswamy Temple holds vast mythological significance in India and the world. The temple is one of the 108 Divya Desams dedicated to the worship of Lord Vishnu. With beautiful murals and paintings adorning the walls of the temple, and intricate carvings marking the structure, the grandeur of the temple is hard to ignore. Established in the 8th century, this is also one of the oldest temples in South India. It is believed that a visit to the temple is enough to purify the hearts and minds of visitors, as though they were new-born infants. Pilgrims also believe that even a single glimpse of the idol of Lord Vishnu, which graces the heart of this South Indian temple, is enough to fulfil any moral desire you have, even if it is hidden within the deepest reaches of your subconscious.

Another one among the best temples in South India which you must visit, the Guruvayur Sri Krishna Temple is dedicated to the worship of Lord Guruvayurappan, a reincarnation of Lord Vishnu. Many devotees also refer to this temple as the Bhulok Vaikanth, which means “the holy residence of Lord Vishnu of Earth”. The idol that graces the sanctum sanctorum has been made using the sacred Patalanjana stone and the deity holds a lotus, mace, conch, and the Sudarshan chakra in its hands. This is one of the more well-known South Indian temples. It is believed that Lord Shiva himself offered to shift a Shiv temple in South India to offer the place to Vayu Deva and the Deva Guru Brihaspati to place the idol of Lord Vishnu at a sacred spot. That is also why you can also find a massive Shiv temple near the Guruvayur temple.

Listed by UNESCO as a World Heritage Site, it is said that this Shiv temple in South India has been functioning uninterruptedly since the 7th century AD. The annual chariot festivals and the marriage festivities of Virupaksha and Pampa, who is his consort at this temple, are the main events the temple celebrates. Karnataka is one of the best places to visit in the summer in South India, and a visit to Hampi, with its numerous monuments and the Virupaksha Temple, makes your trip feel complete. The ten incarnations of Lord Vishnu, Saint Vidaranaya being the spiritual founder of Vijayanagar, and Arjuna shooting the eye of the fish to marry Draupadi are some of the murals that embellish the interiors of this temple, making it quite the attraction to visit even amongst the best South Indian temples.

This list barely brushes the treasure trove of temples that are spread across the entirety of the southern part of India. From the Aihole and Pattadakal built in the 5th century to the Golden Temple in South India, there are a lot of destinations that you can cover to get a peek into the religious and cultural practices of the region. Replete with grandeur and illustrious architectural designs, there is no doubt that the temples of South India are going to leave you in awe. So, whether you are checking out the many places in South India for a honeymoon¸ or you are planning a weekend getaway, don’t forget to include a visit to some of the many temples in the region in your itinerary. 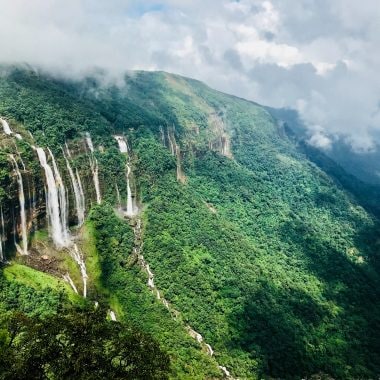 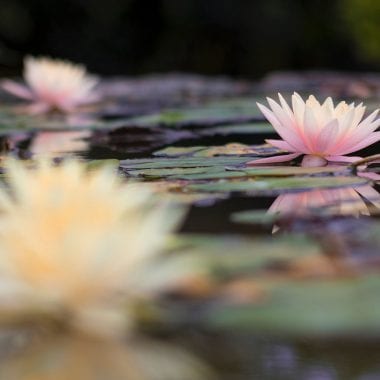