Blog › 10 Weirdest Ice Cream Flavors from Around the World 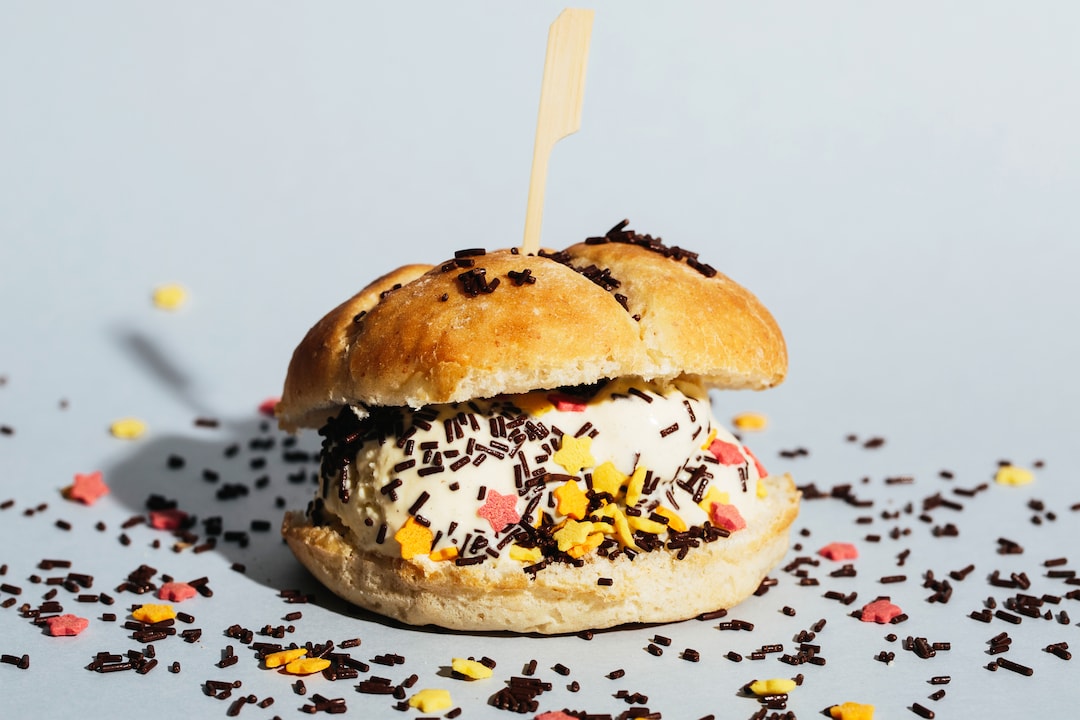 10 Weirdest Ice Cream Flavors from Around the World

If you have been considering ice cream to be a mere dessert all these days, hold on! Probably you haven’t really given it a serious thought yet. Ice cream is an emotion, that’s closest to everyone’s heart. It’s probably one of God’s greatest gifts to mankind. Ice cream is one food that finds its way not just to everyone’s heart but it runs deeper up to one’s soul. Just go back in time and remember what all this ice cream has made us do in our life. Right from performing well at our school admission interview to studying really hard in the frozen reward’s pursuit and from gobbling up dishes spread out in a buffet just for reaching that ice cream counter ASAP to greedily asking for ice cream parties from our friends and colleagues on their achievements… Heaven has manifested itself over a cone, in a cup, on a plate, around a stick… It’s known as ice cream on this planet! Will you now ever say, you haven’t seen or tasted heaven yet?!

Did you know, our love affair with ice creams goes back to 400 BC? The history of ice creams is quite an interesting one. It’s believed that around 400 BC, Persians invented an ice cream recipe for their royal families made from saffron, iced rose water, vermicelli, and fruit. The Holy Bible indicates that King Solomon enjoyed iced drinks during the harvest season. In the Roman Empire, Caesar would send people to gather snow from the mountains, just to cover it in fruits and juices. Did you know, what we now know as the ice cream was one called, ‘Cream Ice’?! It is assumed that this recipe was developed from a recipe, what we now know as sherbet, when Marco Polo brought it to Italy when he had returned from the Far East.

Later on, an Italian man named Francesco Procopio Dei Coltelli introduced ice cream to the general public at his café in Paris, in the year 1660. It was a top-quality gelato and the recipe blended milk, butter, eggs, and cream. Following the American Revolution, ice cream became super popular in the United States of America too. And since then, as we all know, ice cream simply exploded onto the dessert scene. Since then the world-famous ice cream brands, be it Baskin Robbins, Haggen-Dazs, Ben and Jerry’s… in the USA or Pastonji, Kwality Walls, Amul, Naturals… in India, continue to take the legacy of this frozen delight ahead.

With ice cream finding its way into every country and culture, it led to the evolution of its many variations across the globe. So today, just as we have Kulfi in India, we have Gelato in Italy, Halva ice cream in Israel, Faloodeh in Iran, Dondurma in Turkey, Spaghetties in Germany, Mochi ice cream in Japan and so on.

Who can ever forget the popular Asian Paints’ ad, which most of the eighties and nineties kids have grown up watching on Doordarshan. While the lady of the house hunts for her ‘Mera Wala Cream’, today, the ice cream brands offer us as many flavours as the shades of a colour to paint a house. We all have our own ‘Mera Wala Ice Cream’, don’t we? While some love the all-time favourite and classic Vanilla and Chocolate, some like to try out every new flavour that’s on offer. Wherever there are options galore, we always cherry-pick our favourite flavour… At times even fight for it, if the stocks are limited, don’t we? While we have tasted everything from Mango to Tender Coconut to Lichi, Ginger, Anjeer, Chikoo, and even Jackfruit… Today we bring you some weirdest and wackiest ice cream flavours from around the world… So here are some ice creams that might be your ice dreams and some ice creams that’ll literally make you scream!!!

ounds less of ice cream and more of a salad, doesn’t it? But this incredible combo is offered by the Sweet Action Ice Cream parlour in Denver, the USA. Made with a goat cheese base, and homemade beet syrup, this creamy unusual dessert blends sweet and savoury flavours. This wacky flavour was inspired by Sweet Action Ice Cream’s co-owner Samantha Kopicko’s daily meal. And when asked her about the flavour, Kopicko says, “Luckily, it tastes nothing like that salad, but it does hit some of the same notes.”

The name is just enough to tell us that this one’s a Brit. The UK’s Fredericks Diaries ice cream manufacturer offers this very special favour as an homage to Great Britain’s favourite national dish. Made to give a taste of the British seaside in a lick, the Fish and Chip flavoured comprises of creamed cod fillet ice cream surrounded by vanilla and pepper batter. It’s paired with potato ice cream chips and served with salt and vinegar seasoning and wedges of lemon. As strange as it’s true!

A centre of attraction at many oyster festivals around the world, some of you who have read Mark Twain’s novel The Adventures of Tom Sawyer must be aware of the oyster ice cream. The ice cream was first served in the White House by the First Lady, Dolley Madison, around the 1810s. When this ice cream was first introduced, it was deemed a luxury good that only the upper classes could indulge in, owing to the fact that ice was scarce and difficult to find. This savoury flavoured ice cream is made by gently heating oysters and cream, before freezing the product.

Vosges Haut Chocolat in the US is famous for all things sweet and strange it offers. Along with quite wacky chocolate flavours like bacon bars, chilly truffles, cheese and chocolate, and more, what would really take you by surprise is one of their very strange ice cream flavours – Indian curry flavoured ice cream. It indeed tastes like a sweetly spiced curry flavoured with fresh coconut, just as the tribes of Nagaland would make it at their homes.

We all love cheesecake… How about cheese ice cream?! Sounds yummy, isn’t it? Cheese ice cream is one of the classic desserts in the Philippines. This ice cream indeed blends two of mankind’s all-time favourite foods. Once sold only by street vendors, today it’s crafted with real cheddar cheese and sold in grocery stores all over the Philippines. Did your mouth just water?!

Mister Artisan Ice Cream in Vancouver, Canada, is known for its variety of refreshing and artisanal liquid nitrogen ice cream treats. Back in 2017, they offered a breakthrough innovation of yet another weirdest ice cream flavour and that was the savoury smoked salmon ice cream sandwich. It was a limited-edition dessert on the occasion of 150th Canada Day, and was available for just two days. The smoked salmon ice cream is made of smoked wild British Columbia salmon that is blended into a base of milk and cream cheese and served between two cracker crumb wafers.

At Little Baby’s Ice Cream in Philadelphia, the USA, you can take a taste of one of these strangest ice cream flavours ever. While you must be having memories of relishing an ice cream, after you have hogged that lip-smacking pizza, all equations seem to be changing at Little Baby’s. Made with tomato, oregano, salt, basil, and garlic, it’s one of the greatest inventions in the world of ice creams. What’s more, the ice cream shop is next door to a pizzeria in Philly, called Pizza Brain… Making for a perfect opportunity for pairing your pizza scoop with a pizza slice! This should be the ultimate pizza indulgence ever!!!

Again the credit for inventing one of these weirdest ice cream flavours goes to Sweet Action Ice Cream parlour in Denver, the USA – the inventors of goat cheese beet swirl. While pickles and ice cream are the de-facto poster foods of pregnancy cravings, the to-be mothers are the biggest fans of this flavour. Although sounding quite weird, this ice cream tastes amazing. Releasing just once per summer, it’s one ice cream that indeed sells like hotcakes.

While the unusual Japanese food may be one of the weirdest things about Japan for many, an interesting way to explore the Japanese gastronomy is through their fun ice cream flavours. One of such weird types of ice creams is the Squid ink flavoured. With squid ink being consumed throughout Japan, this one indeed began as a novelty flavour. Primarily meant only for the daring ice cream eaters, the flavour however caught on. The squid ink ice cream is pitch black in appearance and does have a fishy taste. So, you better prepare your taste-buds!

Now if this has raised your eyebrows… They have rightly done so! This ice cream is a marriage of buttery lobsters with buttery vanilla. This real weird and wacky concoction was given birth at Ben and Billy’s Chocolate Emporium in Maine, the USA and they have been serving this flavour since 1988. The shop is located in Bar Harbour, an island town and home to the beautiful Acadia National Park. Therefore, the ice cream is quite popular with the tourists and adventure seekers visiting the place.

So guys, probably this list was just enough to give you an idea of the limitless possibilities of flavours, our favourite dessert can manifest itself in. Ice creams do get as weird as they can. Just like we get as crazy as we can to lick the scoop of our favourite flavour. While most of us have given a miss to ice creams this summer, it’s time we start planning our next ice cream adventure at our dream destination anywhere around the world. Let’s not let our spirit of travelling, exploring, and celebrating life melt away. Let’s never forget, Life is an Ice Cream… Happy Ice Cream Day! 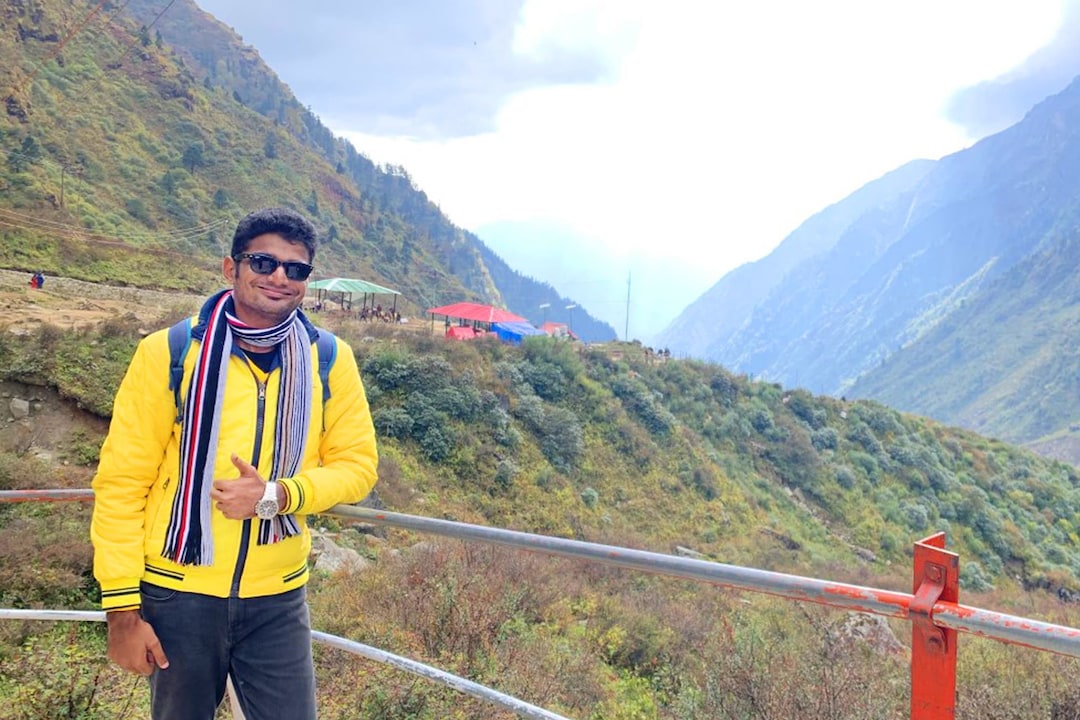 Kedarnath Trek: A Healing Retreat to Recharge My Soul

9 Best Hotels in Nainital You Must Check-in