The capital of the eastern state of Orissa, Bhubaneswar is a destination that satiates travellers who seek some quietude. Lying in the coastal region of the state, the city of Bhubaneswar is also popularly referred to as the “temple city”. Once home to thousands of medieval stone temples, the city is an important point of attraction in the country with religious folks, history enthusiasts, and tourists in general. Although time has had the upper hand on the architecture that this city prides itself on, there are still a good number of interesting gems that one can explore here.

Here’s your list of top tourist places to visit in Bhubaneswar city, which you can cover when here: – A popular place to visit in Bhubaneswar, Lingaraj Temple is the largest of the temples existent in the city at present.  Constructed back in the 7th century by King Jajati Keshari, the Lingaraj temple is dedicated to the Hindu god Shiva. A popular legend about the temple suggests that the linga, phallic form of Shiva, in this temple occurred naturally.

The linga here is about 8 inches above the floor and 8 feet in diameter. A great specimen of Orissa’s ancient architectural style, the temple showcases intricately designed stone vaults that cover the main sanctum of the temple.

If you time it right, make sure you immerse yourself in the Mahashivaratri celebrations in the temple that are hugely popular with locals and tourists alike. Established by the International Society for Krishna Consciousness in the year 1991, the ISKCON Temple is another one of the popular places to visit in Bhubaneswar. Housing the idols of deities such as Balaram, Krishna, Gaura Nithai, Subhadra and Jagannath, the temple is believed to be the alternate abode of Lord Jagannath of Puri.

Dedicated to educating and propagating spiritual knowledge and techniques related to the same to the masses, the temple follows Bhagvad Gita and Srimad Bhagvatam, two popular Hindu scriptures. The ambiance inside tells you, without even saying a word, about the fervour it has. The Parasurameswara temple, built at around 650 AD, is a temple dedicated to Lord Shiva that is also a beautiful example of the Kalinga style of architecture. The temple is adorned with carvings of Goddess Parvati, Lord Shiva, and Lord Ganesha. A bust of Shiva, human figures, floral motifs, and exquisite friezes of animal life are some of the highlights of this temple.

The Parasurameswara temple also features a Jagamohana, an assembly hall popular in the Oriya style of temple architecture, which has a rectangular structure with a terraced roof. All in all, it is an architectural specimen to behold! Although the exact date of construction of the Rajarani temple is not known, historians believe that the temple dates back to a time between the 11th and the 12th century. Popularly referred to as the “love temple” by locals, the Rajarani temple is not dedicated to any deity. There are no images of gods or goddess found inside the sanctum that can tie it to a particular faith. The temple, however, has sensuous carvings of couples and women, which sets it apart from all other temples spread across the length and breadth of the city. Visit there, and see it to believe it! 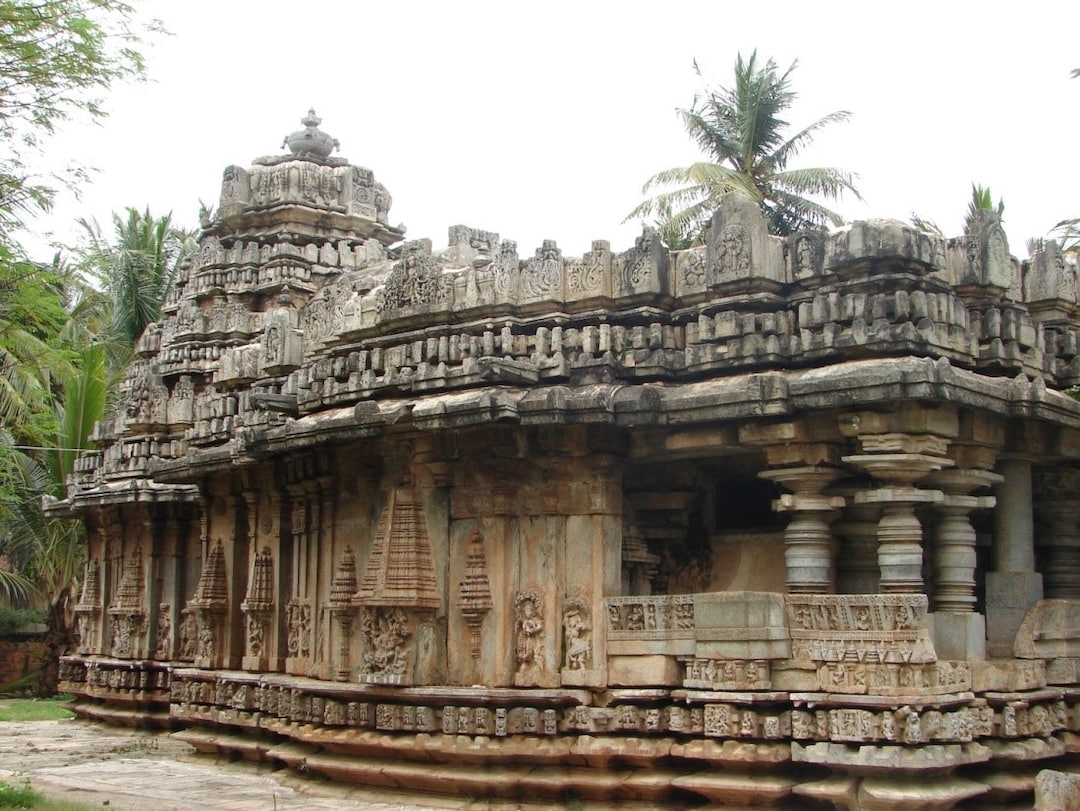 Built in the 11th century AD, the Brahmeswara temple is a popular tourist place in Bhubaneswar and yet another brilliant example of Oriya architecture. Dedicated to Lord Shiva, the main temple houses a Shivalingam alongside sculptures of Lord Shiva and Goddess Parvati. The temple is believed to have been built by Queen Kolavati, mother to King Somavasani. The sanctum in this temple is a curvilinear spire that is locally described as deul. Depicting beautiful carvings of musicians, dancers, lion-head motifs and other amusing figures, the temple sure attracts a lot of visitors. 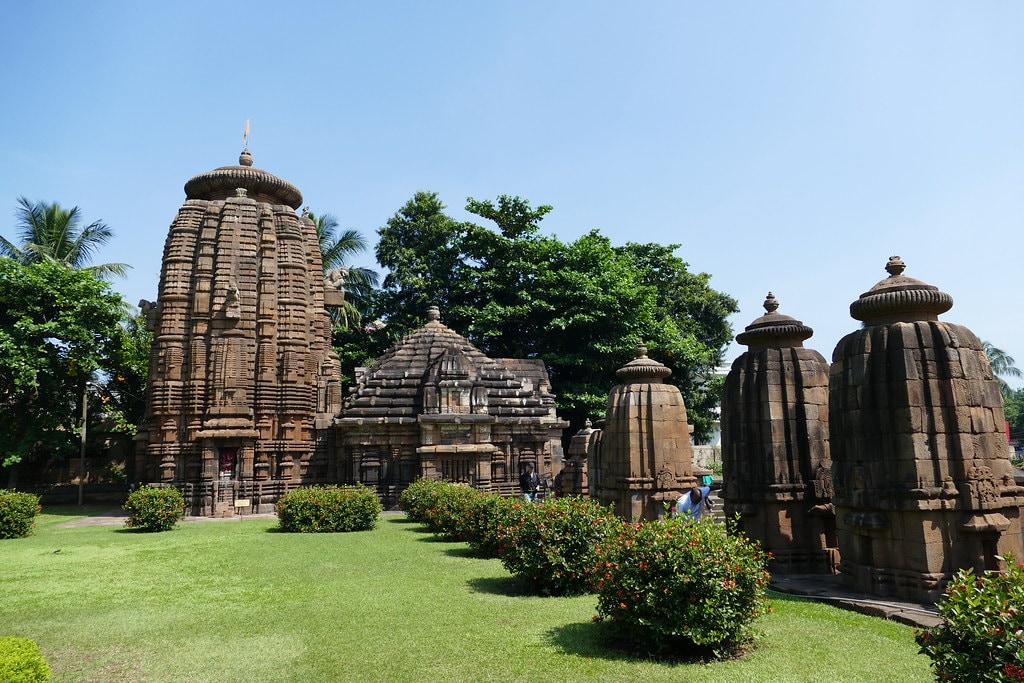 Another popular place for sightseeing or tour in Bhubaneswar is the Mukteswara temple.  Dedicated to Lord Shiva, the temple dates back to the 10th century AD, and is also a typical example of the Kalinga style of architecture. 35 feet in height, the temple depicts beautiful sculptures and carvings associated with stories from Panchatantra. Intricately decorated interiors, diamond-shaped lattice windows, sculptured gateways, and numerous carvings are some of the highlights of the Mukteswara temple. Located within the Chandaka Forest, on the banks of the Kanjia Lake, the Nandankanan Zoological Park is a fascinating place in Bhubaneswar, attracting tourists from far and wide. Established in the year 1960, this sanctuary is one of the first places in the world to have successfully bred melanistic tigers and white tigers. Besides, Nandankanan is also the only conservation breeding centre for Indian pangolins in the world.

On your visit to this park, you will come across exotic species of animals and birds like the Patas monkey, Asiatic lions, Gharials, open billed storks, Eastern Rosella, and so on.

Spread over an area of 12 acres and managed by the Tribal Research and Training Institute, the Museum of Tribal arts and artefacts is one of the best places to visit in Bhubaneswar to acquaint yourself with the tribal culture of the state. At present, the museum houses around 2247 artefacts including household articles, jewellery, gears, farming equipment, traditional costumes as well as weapons. Woah! You’ll surely have a lot to see when here.

Goddess Durga is the presiding deity of this temple. The main attractions in this temple are the 64 figurines of yoginis who have been depicted in various forms, such as balancing themselves on wheels, shooting arrows, playing drums, and so on. These yoginis have also been shown to have non-human faces and are portrayed with the faces of rabbits, rats, elephants, and horses, among others. Dating back to the 2nd century AD, the Khandagiri caves, also known as Cuttack caves, are artificial caves that are of great historical significance. The temple is believed to have been dug out during the rule of King Kharvela of the Mahameghavahana dynasty. Another popular belief is that these caves were used by Buddhist and Jain monks who used them for meditation and prayers. Fascinating to our ears; what about you?!

The Khandagiri caves feature beautiful inscriptions and figures and are surrounded by ancient temples and lush green parks that further make it a lovely spot for sightseeing and tour in Bhubaneswar.

As one of the three cities forming the Golden Triangle of Orissa tourism, Bhubaneswar is a rapidly developing city in India. There are so many things to experience and places to see near Bhubaneswar for you. To ensure that you don’t miss out on any attraction, it is ideal to look for a tour package to Bhubaneswar online. After all, there’s a lot to understand about the places you’ll be seeing.