Blog › Exploring the Twin Caves of Bhubaneswar – Udaygiri and Khandagiri 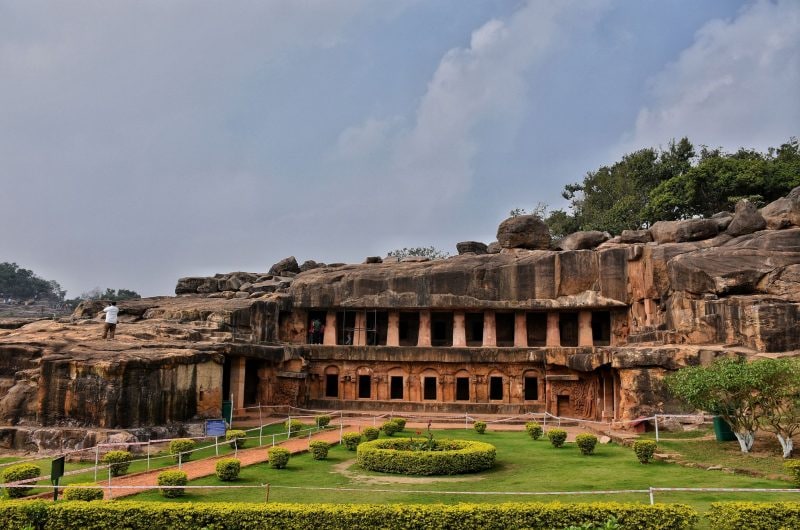 Exploring the Twin Caves of Bhubaneswar – Udaygiri and Khandagiri

The stunning architecture, pristine golden beaches, ancient history, dialects, vibrant art music, and dance forms make Odisha the most dynamic state of India. Odisha (formerly known as Orrisa) is an ancient land with a rich history. It is the land where the famous Kalinga war was fought by Ashoka the Great. The state comes as a sigh of relief to the one seeking peace of mind. Whether it is temples in the state of art capital city, the ancient Shanti Stupa of Dhaulagiri Hills or exotic birds that can be spotted at Asia’s largest Chilika Lake, Odisha is worth paying a visit once in a lifetime.

The finesse and grandeur of Bhubaneswar’s architecture still reflect in the temples that the Aryans left behind. Some of them are among the finest and oldest monuments in the world. Known as the Temple City of India, the city boasts marvellous temples showcasing intricate artwork of the Kalinga war, wildlife sanctuaries, and exhilarating caves. However, if you are in Odisha and want to indulge in the beauty of fine architecture, then Udaygiri and Khandagiri Caves are where you should be heading to. Popularly known as the Twin Caves, the Udaygiri and Khandagiri are situated right in the heart of Bhubaneshwar, one of the hidden gems in the state. The Udaygiri and Khandagiri caves occupy an important place in history and are famous places to visit in Bhubaneswar.

The History of Udaygiri and Khandagiri Caves

While the holy Lingaraja and Mukteswara temples in Bhubaneswar are on top of a tourists’ wish list, a short trip to Udaygiri and Khandagiri caves will take you back to relive the culture and lifestyle of the Jain ascetics. The caves at Udaygiri and Khandagiri were excavated by King Kharavela of the Mahamegavahana Dynasty from the 2nd and 1st century BCE. King Kharavela reshaped the kingdom of Kalinga as he started to lean towards Jainism. He desired to build the caves for the monks, who were nomads and didn’t want to stay at one place for more than a day. Over 200 centuries ago, when the caves were built, the monsoon lasted for 4 months and it was during this period, the monks required a place to settle down. The chambers in the Khandagiri and Udaygiri hills were resting places for monks. Overlooking the forest and the lush greenery, the monks would feel at home right on nature’s laps.

For other than those 4 months, the caves were used as an amphitheatre where King Kharavela would call upon a congregation of his subjects and listen to their grievances and host cultural programs there. While walking along with the ruins, one can notice many sculptures eroded that the artisans once carved. The ruined stones from the caves are also used to build many Kalinga-styled temples to preserve the cave’s heritage. The magnificent ancient beauty is a must-go-to place for distinct travellers and is the most popular tourist destination in the Bhubaneswar tour package.

About 7 km west of Bhubaneswar,  these caves reflect the Jain austerity evident in the intricate detailing of their interiors. The low ceiling of the caves permits only bowed posture, and the lack of ornamentation adds to the seminal spirits of these magnificent caves. The sculptures in the caves mainly display popular deities, historical episodes, dancing performances, and religious observances. Additionally, Jain Tirthankaras and Sasona Devis, along with their vehicles, are carved on the inner walls of the important caves of Khandagiri hills.

The carvings, which are still intact, narrates the love story of King Kharavela with his second wife. The carvings on the wall tell you how the King comes to the forest to hunt and rescues his queen who was escaped from the kidnappers. It is in these carvings where you’ll see Kharavela goes through a change of heart when his second queen tells him not to hunt innocent animals – an essential principle of Jainism culture. In another astounding sculpture, you can notice a conversation between Alexander the Great and King Kharavela.

Location of Udaygiri and Khandagiri caves

The capital city Bhubaneswar has an International Airport which connects the city to other major cities. Bhubaneswar is also well connected by the expansive Indian Railways network, which is another feasible option for travellers. By road, it is approximately 12 hours drive from Kolkata, the closest city to Bhubaneswar.

Since the majestic caves are 7 km away from the capital city, Bhubaneswar is the most preferred ideal place to stay by travellers if you plan to explore the Udaygiri and Khandagiri caves. There are quite a few hotels in Bhubaneswar that are luxurious and are perfect for pampering all your senses.

The City in a Snapshot

It is indeed extraordinary that the twin hills is a place where one can connect with their soul. You can just sit in any of the caves and take a couple of minutes to observe the caves and the lush green surroundings. The caves of Udaygiri and Khandagiri contain such a wealth of structural and relief work. The Udaygiri and Khandagiri hold India’s architectural significance and are must-visit places because these are among the very few ancient rock-cut caves that are still remaining in the Indian subcontinent. Away from the hustle and bustle of the cosmopolitan city, the caves are as useful today as they were 2000 years ago. Durga Puja in Kolkata: 7 Things You Need to Know 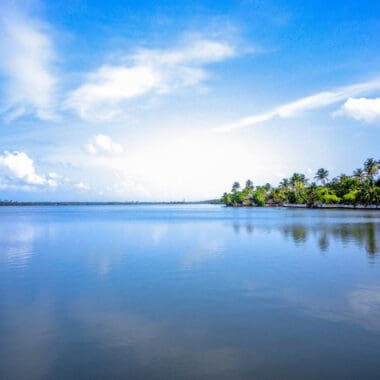 11 Beaches in Kochi That You Must Visit on Your Vacation