With an exquisite blend of several vibrant countries like Spain, Germany, France, and Italy, Europe attracts tourists from all over the world. These attractive destinations are known and celebrated for their architecture, world-class restaurants, nightlife, museums, and a lot more. With so many amazing places to visit in Eastern and Central Europe, deciding on one specific place to visit on a vacation is a challenge. Each country, whether in Eastern Europe or Central Europe, offers something exclusive in terms of natural characteristics, culture, and history, giving you the best experience of your life.

You can make your trip planning easier by opting for holiday packages that can give you an insight into the Central and Eastern Europe holiday destinations: – Made up of three cities that include Buda, Obuda, and Pest, Budapest is the commercial and cultural hotspot of the country. Situated on the banks of Danube River, Budapest is the capital of Hungary and a storehouse of a rich Jewish heritage. It is a classic combination of contemporary conveniences and ancient architecture where you can explore the emblematic ruin bars, enjoy the popular thermal baths, and visit Margaret Island. Budapest is, without a doubt, one of the best places to visit in Eastern Europe. 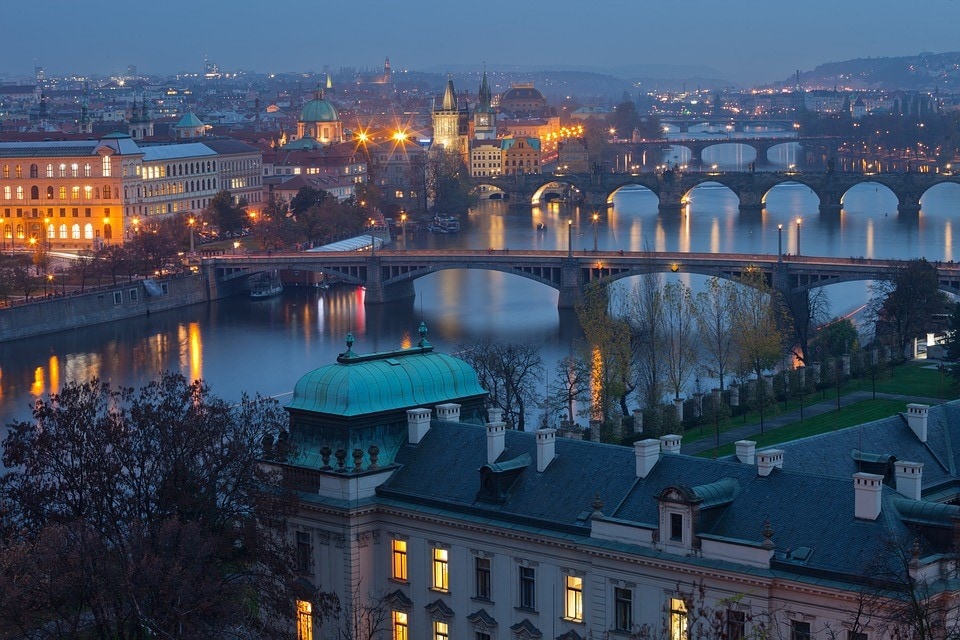 With an amazing blend of diverse architecture styles like Renaissance, Baroque, and Gothic, Prague is one of the best places to travel in Eastern Europe. The major attractions here include Prague Castle, Charles Bridge, the Petřín Hills, the Jewish Quarter, and the Wenceslas Square during Christmas time. Also known as ‘The City of 100 Spires’, the place boasts of towering spires that make the skyline look magnificent. With a vibrant nightlife, bars, and eateries, Prague is a fun city to explore. For all these reasons, this one is often included in Europe tour packages. Known as the largest city in Croatia, Split is one of the most beautiful places in Eastern Europe. With ruins from the Roman Empire, vibrant cafes and restaurants, a bustling waterfront, and delicious fresh seafood served in all restaurants, Split is an impressive destination for tourists. The coastal mountains add a unique charm to the city’s gorgeous cityscape, while Diocletian’s Palace maintains its position as the heart of the city. A walk to the palace is the best mode to experience all the highlights such as bars, restaurants, and streets. The city also has a flourishing beach for tourists called Bacvice Beach which is a key attraction during summers. With so many attractions, Split is one of the must-see places in Eastern Europe. 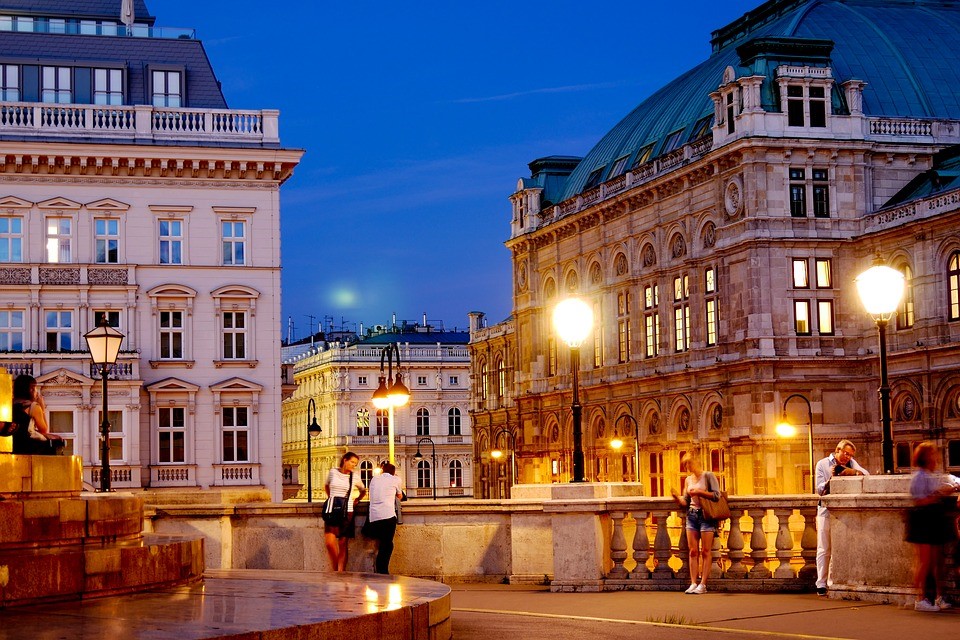 With its artistic and intellectual foundation, Vienna, the capital city of Austria, is one of the most romantic and historical places to visit for tourists. It is a cultural hub where you can visit the Museum of Art History and Stephansdom, an iconic place to visit in the city. Also, you can take a tour of the Schönbrunn Palace to explore its history and know how the royal people used to live there. Later, you can end the day with delicious food and dessert form Socher Torte, a Viennese chocolate cake. With a plethora of things to see and do, Vienna is one of the top places to visit in Eastern Europe. 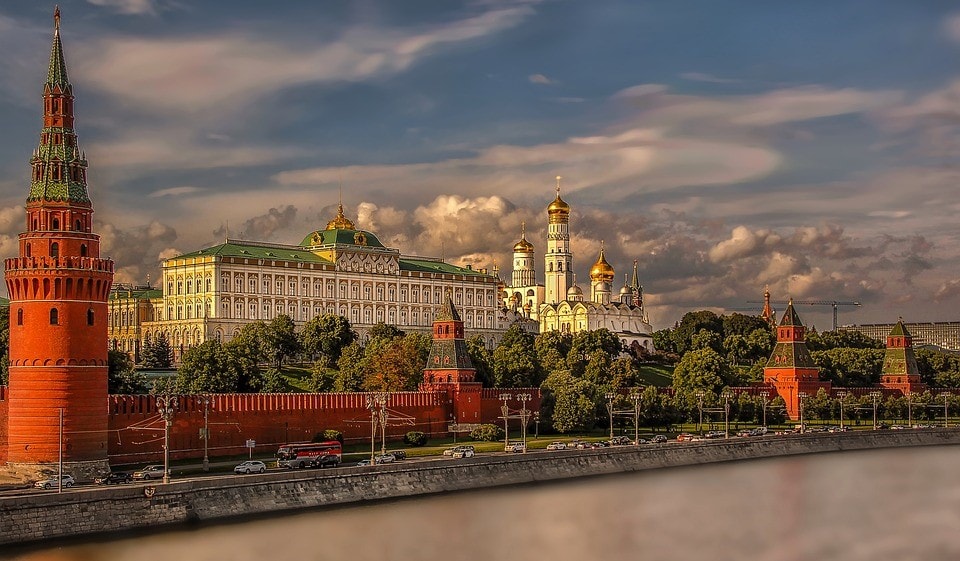 Russia is one of the best countries to visit in Eastern Europe. Famous for its rich history and culture, the city of Moscow is an impressive representation of the past and the present cultures in Russia. Moscow is a vibrant city with The Museum of Russian Art as well as other museums featuring some key performing arts in the world. Red Square and The Moscow Kremlin are must-visit destinations to experience the best of this city. There’s the Tretyakov Museum as well that holds an aggregation of Russian art. At the same time, you should also visit St. Basil’s Cathedral in Moscow that is one of the key holiday destinations in Eastern Europe. Croatia is one of the top 5 countries to visit in Europe. The capital city of Croatia, Zagreb attracts visitors from across the globe with an amazing mix of Austro-Hungarian architecture, art galleries, museums, socialist-era buildings, quiet parks, and vibrant street art. The major attractions include the medieval Stone Gate, Zagreb City Museum, and the tree-lined Strossmayer Promenade. Also, Plitvice Lakes National Park is a vacation spot for those who love going on adventures and hiking. Known for its 16 terraced lakes, conjoined by waterfalls, this national park allows visitors to enjoy boardwalks and hiking around the varicoloured waters of the lakes. This makes Zagreb is one of the best places to travel in Eastern Europe. Located in the north-central part of the country, Zurich is the capital city of Switzerland. It is the largest city in the country and the heart of all commercial activities. With a history of above 2000 years, Zurich is one of the best cities to visit in Central Europe. The major attractions in this popular destination include art galleries, museums, churches, theatres, international shopping brands, parks, and outdoor activities. Zurich attracts visitors with its architecture from diverse times in the past as well as the hot and happening nightclubs for parties. Famous as the second most inhabited city in Switzerland, Geneva has several attractions for tourists. From the vast expanse of mountains to a spectacular Lake Geneva, the city offers breathtaking scenery and destinations for tourists to enjoy. Geneva has several historical and cultural landmarks such as Vielle Ville, Geneva Cathedral, and many markets. With the profound history that it carries, the place beautifully represents the cultural diversity in Switzerland. Geneva’s reputation as one of the top places to visit in Central Europe is with good reason. Vorarlberg is one of the most exquisite provinces of Austria that attracts tourists with its scenic beauty and culture. With its old-time yet stylish villages, picturesque valleys, and the snow-capped mountains, this is a perfect destination to choose for vacations. It is a paradise for music lovers as the city hosts several extravagant music festivals in places including Hohenems, Schwarzenberg, and Bregenz. Also, when visiting this beautiful destination, do not forget to ride the lifts and enjoy cable cars above Lech Zürs am Arlberg. Vorarlberg is also a preferred hotspot for skiing in the winters. It also attracts passionate hikers during summers and autumn. Recognized for its exclusive combination of Communist and European style architecture, Sophia is the capital of Bulgaria. The city has several Soviet-style stone civic structures and conventional churches. Sofia is one of the best places to see in Eastern Europe. The major attractions in the picturesque city include Park Borisova Gradina, the Nevski Church, and the Manastirska Manernitsa restaurant to relish some delectable Bulgarian cuisines. The city also boasts of huge manicured parks and proximity to powerful mountain Vitosh for hiking and skiing, making it easier for tourists to take a break from the busy city life. Famous as one of the most beautiful cities in the continent, Bratislava is the capital city of Slovakia. It is one of the top places to visit in central Europe for visitors. This small old town attracts tourists with its medieval grandeur. It also has a majestic hilltop castle that attracts visitors. With its narrow streets packed with bars and restaurants, Bratislava appeals to you to drink, eat, and praise the culture. You can visit the Slavin Memorial and the Bratislava Castle and shop from the traditional market situated on the main square in the central point of the city. 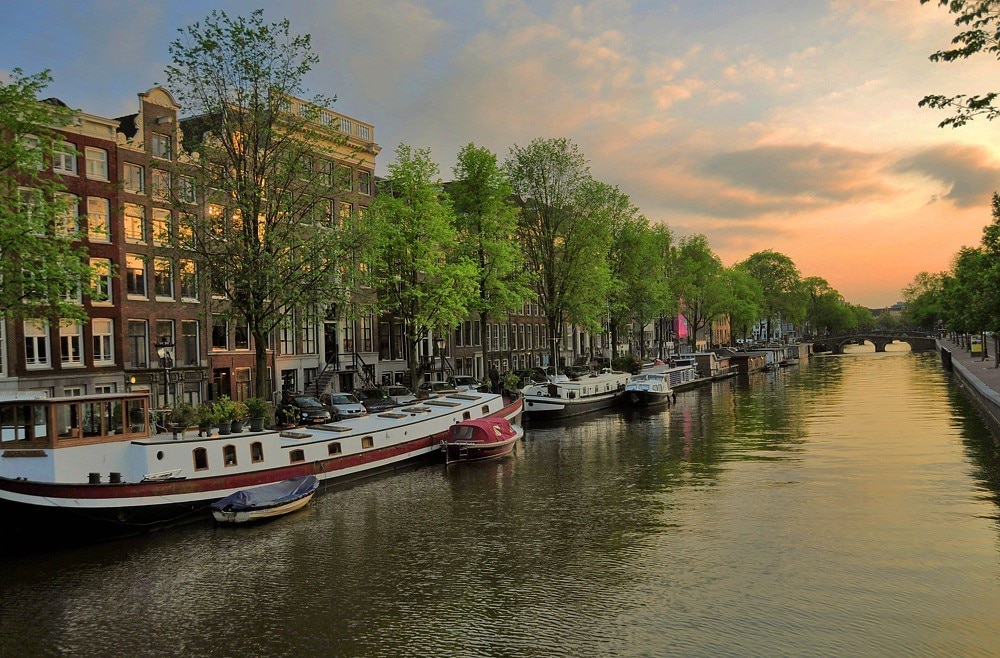 Amsterdam, the capital city of the Netherlands, is one of the best cities to visit in central Europe. The city offers everything from picnic parks and laid-back bars to delightful restaurants and spectacular museums. The major attractions for travellers in Amsterdam include the Van Gogh Museum, Rijksmuseum, and the Stedelijk Museum of Modern Art. You can enjoy the cruise in Amsterdam’s picturesque canals, shop in streets of Jordaan, and have some popular street food. 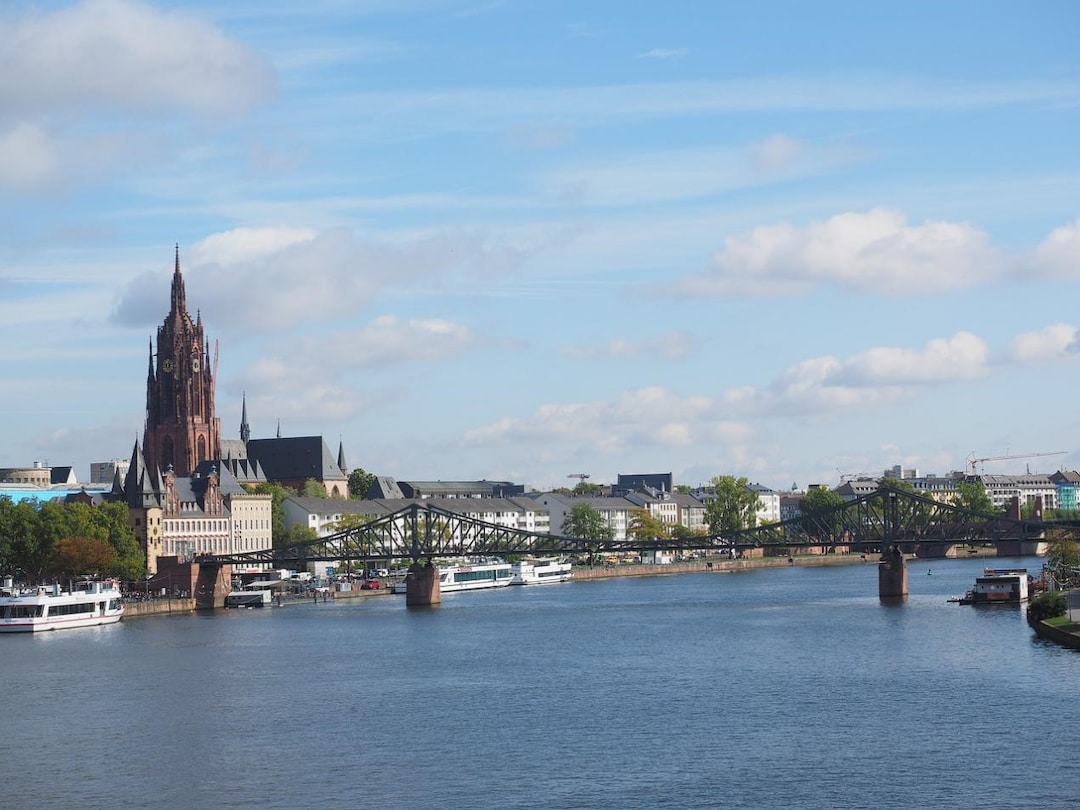 Recognized as one of the important places in the world of European finance, Frankfurt is the fifth-largest city in Germany. While the city has many urban skyscrapers and modern buildings showing its importance on the global front, the rich history attracts tourists with its classic half-timbered buildings of Medieval Germany. Home to many trades and fairs, Frankfurt is also known for having the biggest book shows and motor shows. Frankfurt is home to around 30 museums, presenting several features of German, Frankfurtian, and world cultures like film, natural history, art, archaeology, and architecture. With so many attractions, Frankfurt is one of the key Central Europe holiday destinations. Known as the most photogenic tourist spot around the world, Stockholm has around 14 island coastlines, exquisite parks, and gardens covering a third of the city. Stockholm is the major tourist attraction in Sweden which has an enigmatic urban aura. It has world-class facilities for public transport, famous museums, amusement parks, and international sporting arenas. From historical palaces to churches and bright markets, Stockholm has everything to attract visitors from across the world. 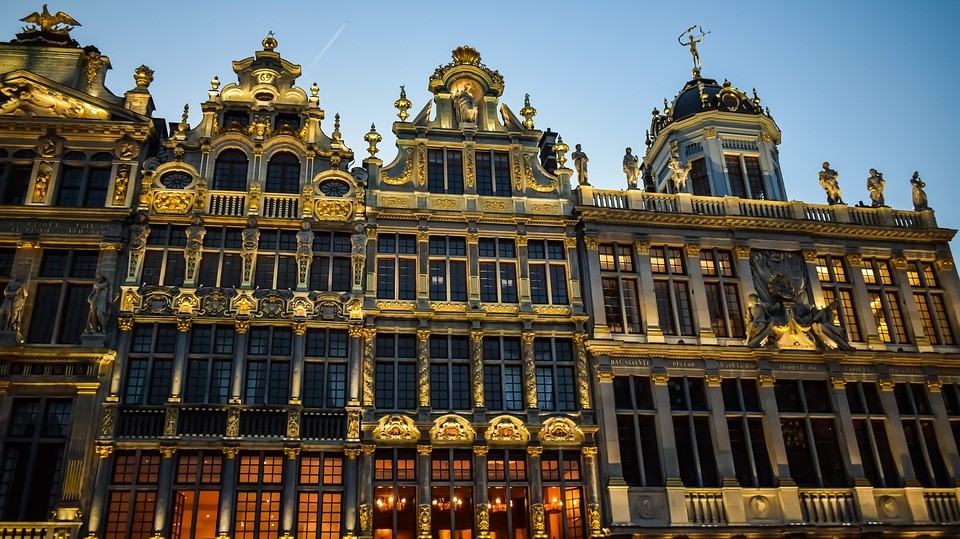 The capital city of Belgium, Brussels is the headquarters of the European Union and one of the best places to visit in Central Europe. Brussels is quite a destination where you can experience scrumptious Belgian cuisine and gaze at eloquent Gothic architecture. Belgian chocolates, waffles, and beer that is world-famous for its taste and appeal; Brussels is known for offering delicious food with unmatchable taste. The major attraction for visitors here includes Belgian Comic Strip Center, Saint-Michel Cathedral, Manneken Pis, Grand Place, city’s main plaza, Place Royale, Belgian Royal Museum of Fine Arts, and Abbaye de la Cambre that has the National Geographical Institute and an art college.

Phew! This is quite a list of places to visit in Eastern and Central Europe. If time is on your side, the wonderful experience of visiting each of these 15 destinations can be yours to cherish for life…