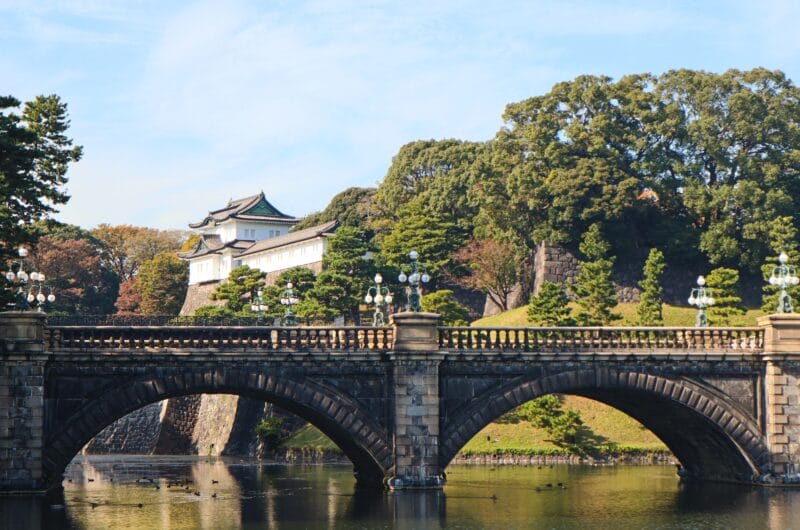 Japan is an island country in East Asia that has a distinctive identity on the world’s map. Known for its rich history, polytheistic culture, delectable cuisines, gorgeous cherry blossoms, and several UNESCO World Heritage Sites, the country of Japan has something in store to entice every kind of traveller.

Besides several prominent sites that are there to explore, there is one place in the capital city, Tokyo, that deserves to find a spot on your bucket list. And that place is the Tokyo Imperial Palace.

Let’s find out why Imperial Palace in Tokyo is worth including in your itinerary, on your trip to Japan.

A major highlight of most Tokyo tour packages, this palace in Tokyo is the main dwelling of the Emperor of Japan. Situated in the Chiyoda district, it is built on the site of the Old Edo Castle and spread over an expansive area of 1.15 square kilometres. This magnificent palace houses several structures within its premise comprising the main palace where receptions and ceremonies are conducted, Fukiage Palace that has living quarters of ‘The Emperor,’ residences of the Imperial Family, administrative offices, museums, and an archive.

Speaking of the Emperor of Japan, he is the monarch – the supreme ruler and the head of the Imperial Family. As per the constitution of Japan, he is the representative of the Japanese state and symbolises the unity and integrity of the Japanese people. It is the Imperial Household Law that oversees the line of imperial succession. Since the function of the Emperor is symbolic, he holds no political power. However, he attends diplomatic meetings, ceremonies, and is a highly revered person. At present, the Emperor is Naruhito who was crowned in 2019 and serves alongside his wife, Masako, the Empress.

The History of Tokyo Imperial Palace

The history of Tokyo Imperial Palace is quite interesting to know. The current site of this Japanese Imperial Palace in Tokyo once used to be the site of Edo Castle. In the aftermath of the surrender of the shogunate and the Meiji Restoration, the Imperial Residence and capital of the country were moved from Kyoto to Tokyo. Initially, it was named ‘Tōkei Castle’ because the city of Tokyo at that time was known by the name of Tōkei. Since then, the grand Imperial Palace of Tokyohas witnessed tremendous changes.

In 1873, a fire It was destroyed the Nishinomaru Palace which formerly was the shōgun’s residence. After this disaster, the new Imperial Palace castle was erected on the same site in 1888. Apart from this incident, the palace was atrociously demolished during World War II. However, it was revived later in the same style. Speaking of the architectural style of this majestic palace of Tokyo, it is built by Takenaka Corporation in a modernist style with evident glimpses of Japanese architectural references across the buildings.

For history aficionados, the palace is no less than a gem. Other than its rich history, this huge park has a magnificent assortment of trees, flowers, buildings, and bridges where you can stop by to click some spectacular pictures for your Instagram posts.

There is a lot to explore on a tour to Tokyo Imperial Palace. Some major attractions include:

The Imperial Palace East Gardens is among the most gorgeous gardens not just in Tokyo but all of Japan. Home to several historic structures comprising of the remains of the castle tower, huge stone walls, and several turrets that date back to the Edo time, this site is open for tourists all year round for free. Here you will get to see many adorable seasonal flowers and plants that include Japanese Iris in June and breath-taking autumn colours in fall.

Situated in the north of the Tokyo Imperial Palace, the site once used to be the enceinte of Edo Castle. Now a public park, it is also a site of Nippon Budokan Hall. This wonderful park was opened in 1969 and serves as the main attraction among locals and tourists for bird watching and taking a peaceful and leisurely walk amidst nature’s marvels. Besides, it houses prominent tourist attractions like the National Museum of Modern Art and the National Crafts Museum.

The structures of the Imperial Palace in the Meiji era were made of wood. Also known as ‘The Double Bridge,’ the iconic Nijubashi Bridge was once constructed of wood as well. Later on, it was replaced with iron and stone bridges. In terms of design, the exterior appearance of this bridge reflects traditional Japanese architecture while the interiors are an eclectic blend of Japanese and European elements. This classic bridge is constructed over the moat of the Imperial Palace and serve as the main entrance to access the inner palace grounds which is opened for the public on just two dates – January 2nd and February 23rd.

Located on the northwest side of the glorious Imperial Palace, the Chidorigafuchi is one of the best places to behold the splendid views of cherry blossom. This 700-metre-long lush green corridor along the moat of the Imperial Palace offers awe-inspiring views that will make you fall in love with this place. When you are here, do not forget to get on a rental boat to experience and witness cherry trees in full bloom, right from the middle of the water.

When to Visit Tokyo Imperial Palace

The palace grounds are off-limits for tourists and the general public on Sundays, Mondays, and national holidays. Also, as the East Gardens are closed on Fridays, visiting the palace on this day might not be a good idea. Besides, the East Gardens and other areas are opened between the windows of 9-11:15 am and 1:30-2:45 pm, from Tuesday to Saturday. Speaking of the entrance fee, it is free. You don’t need to pay any price to visit the Imperial Palace, Tokyo. So, now you know about the timings, make sure you reach the address of Tokyo Imperial Palace in time to explore it at ease. 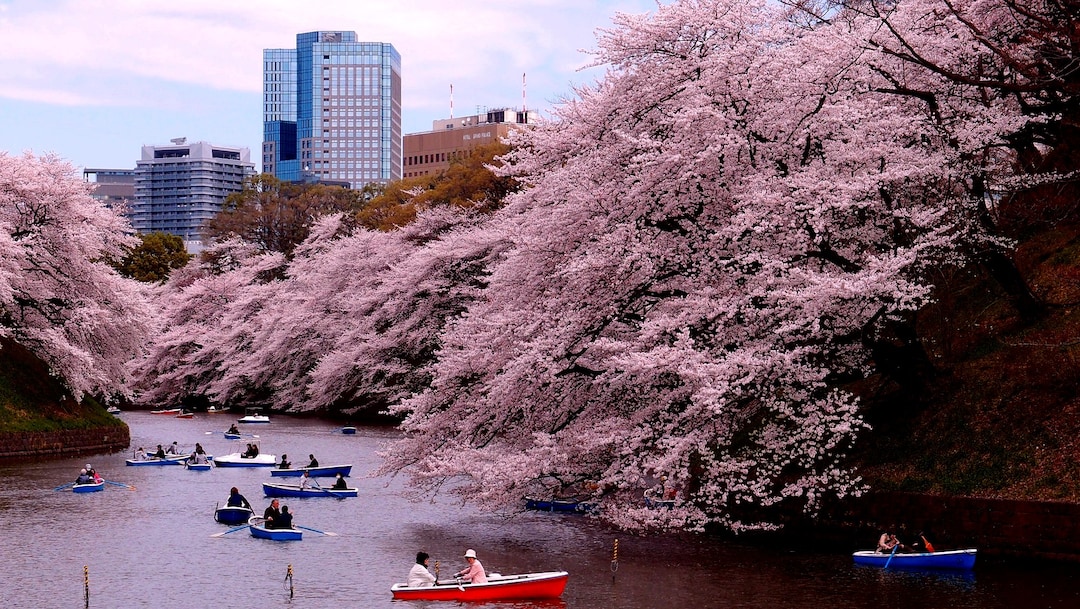 There are many points of interest around Tokyo Imperial Palace that you can visit. Some of them are:

Yasukuni-jinja is perhaps one of the best spots to visit in Japan, especially if you are interested in exploring Japanese history. Besides, the adjoining Yushukan Museum exhibits Japanese and WWII history.

Situated in the north of Kitanomaru Park and at a walking distance from the famous Yasukuni-jinja Shrine, this museum presents unique glimpses into the daily life of Japanese people during and after World War II.

Constructed in 1858, Tokyo Tower, with the approx. height of 333 metres, is the second tallest structure in Japan after Tokyo Skytree. This communications and observation tower appears to have an Eiffel Tower-inspired structure which is painted in international orange and white to comply with air safety regulations.

Located in Kagurazaka, Tokyo, the famous Buddhist temple, Zenkoku-ji is the centre of all neighbourhood festivals. The temple is dedicated to Bishamonten, one of the Four Heavenly Kings and Seven Lucky Gods. The deity is thought of as an armour-clad god of war/warriors and the punisher of evildoers. Besides, the temple has serene halls and mesmerising gardens which are definitely worth the trip.

And that’s not it. There is literally no dearth of things to do and see in and around Tokyo Imperial Palace. After your Tokyo imperial palace tour, you can head to the iconic Tsukiji Outer Market or the buzzing shopping hub of Akihabara where you can check out electronic and otaku items. Plus, there are many eateries in the vicinity of this palace that you can check out and enjoy authentic Japanese cuisines there. 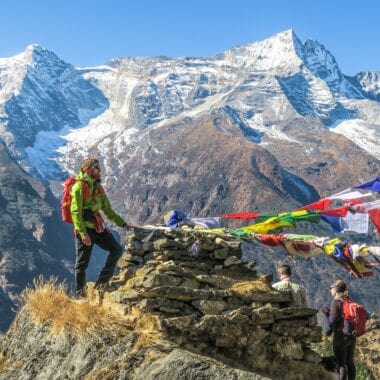 Everest Base Camp Trek - An Unforgettable Adventure in the Mountains 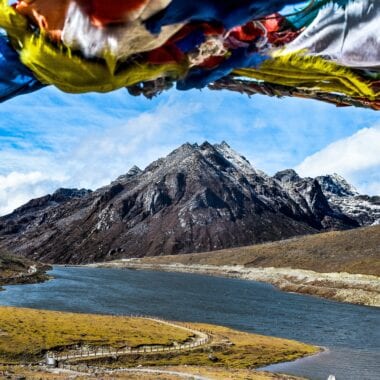 7 places to visit near the Himalayas