Similarities between Korean and Tamil Culture

As the world gets connected more and more with technology, we are getting closer to different cultures. Earlier American and British movies and songs were available worldwide and everyone hummed to their tunes and said the dialogues like a pro. Now, gradually, the Korean culture is taking the world by storm. K-pop, K-dramas, K-beauty, and the overall Korean aesthetic are making the world take notice and appreciate Korea. This is truly the best era for Korean culture to spread. The world that we live in is full of different cultures, foods, languages, and preferences. And in a world full of differences, let us try to understand our similarities. Did you know that Tamil and Korean cultures have massive similarities? Yes, it is true. Tamil and Korean cultures have a lot in common. From the food to the language, there are many similarities between the two. In this blog, we will explore some of the ways in which Tamil and Korean cultures are similar. According to popular folklore, an Indian princess names Suriratna (Korean name Heo Hwang Ok) sailed to South Korea and married King Kim Suro. And since then, Korea experienced an influx of Indian customs and traditions.

The first similarity between Tamil and Korean culture is the food. Both cultures enjoy spicy food, and both use a lot of rice in their cuisine. They are both spicy, and they use a lot of rice and vegetables. They also share some common ingredients, such as chilli pepper, ginger, and garlic.  Tamil food is typically very spicy, while Korean food is known for its use of chilli peppers. Another similarity is the use of fermented foods. Both cultures enjoy pickled vegetables, and both use them as a side dish or condiment. Famous spicy street food in South Korea called Tteokbokki is enjoyed in Tamil Nadu in a sweet form. An ideal Tamil meal consists of boiled rice, lentil stew (Sambar), pickles (Oorugai), and watery stew (Rasam). And if you are in Korea and order Bap (rice) you also get served with Kimchi (fermented pickle), Spinach, Sweet Potato, and many such side dishes. The traditional Korean rice wine “Makgeolli’ resembles traditional Tamilian rice wine “Sundakanji”. Kimchi Jeon from Korea is like Asai Dosai in Tamil Nadu. And now you have Korean restaurants in Tamil Nadu and Indian restaurants in South Korea. The similarities are more than these and they are tasty, nonetheless. Both cuisines are unique and complex, and they offer a delicious way to learn about other cultures.

Another similarity between the two cultures is the language. Both Tamil and Korean use a lot of honorifics and respectful language. Both Tamil and Korean use the subject-object-verb word order. Jung Nam Kim, President of the Korean Society of Tamil Studies, who speaks in Tamil, claims he has found 500 similar words between the two languages such as “I” is “naan” in Tamil and in Korean, similarly “you” is “nee” in both. In addition to those, words like Amma, Appa, Irrukke, Va, etc. are also of similar sound in both cultures.

In addition to similarities in food and language, Tamil and Korean cultures also share some similarities in music and dance. The Arirang song in Korea has a counterpart in Tamil too. Both cultures place great importance on family and community, and they have strong traditions of filial piety. Both cultures also have rich traditions of art and literature. The similarities between Tamil and Korean cultures offer a wonderful way to learn about other cultures and find common ground. Here’s hoping that these cultural similarities and also the differences keep making the world closer and stronger together. There is so much to explore and learn. And the next time you book a South Korea Tour Package do make sure to note down such similarities! 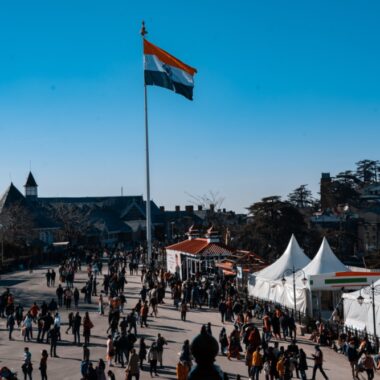 14 Cafes in Shimla to Try on Your Next Vacation