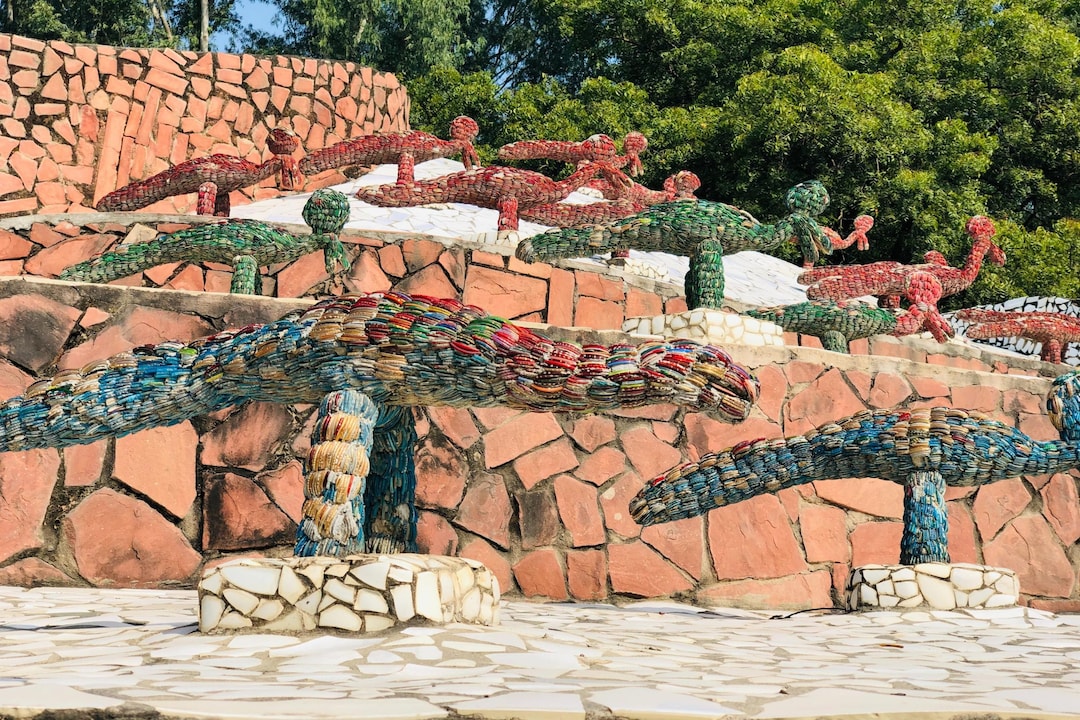 Creativity can’t be repressed; it finds its way out in the open. Chandigarh’s Rock Garden is a perfect example of that. Developed for about 18 years in hiding, Rock Garden was discovered accidentally in 1973 by a government employee after which it was taken to Chandigarh Landscape Advisory Committee. Like a creation that inspires, the Rock Garden was originally a dump yard for urban and industrial waste from where a man called Nek Chand picked metal wires, rags, broken bangles, and other pieces of scrap and used them to build sculptures.

Today, the place is as ingenious as the man who created it!

Loved by environmentalists, artists, or visitors alike, Rock Garden provides a beautiful contrast to the geometrically planned city of Chandigarh with its curvy and informal structure. The garden boasts of the fact that it was planned and executed without hampering the existing topography of the city. Despite being composed of rocks, broken pottery, stones, and other rejected materials, the garden has a scenic lush green backdrop that complements the elements in the foreground.

Rock Garden, Chandigarh was conceived and constructed by Nek Chand with the idea that any material can be framed and designed into something beautiful. Nek Chand was a Road Inspector in Chandigarh in the 1950s. He used his spare time to collect waste material from different sites in the city, including bottles, tiles, sanitary ware, wires, bangles, etc. which he recycled and used to create sculptures of men, women, and even animals. Upon its discovery, Rock Garden, Chandigarh faced the threat of being demolished since it was illegally constructed. However, with the support of the public, the garden managed to stand where it emerged. It was, in fact, opened for public visit in 1976. Moreover, Nek Chand got the support of the government to further establish the garden, giving him a salary and 50 labourers to develop it.

Rock Garden, Chandigarh has always garnered the attention of people who visit the city. It boasts of more than just an interesting history; it is also well known for the beauty of the sculptures, huts, and waterfalls it is adorned with. This garden in Chandigarh is now a 40-acre property attracting 5000 plus visitors from in and outside the city on a daily basis.

The site is divided into three phases, with entry and exit located parallelly to each other. Let’s discover more about these three phases in the upcoming section.

The first phase of Rock Garden, Chandigarh includes the ideal landscaping elements for a garden – waterfalls, streams, bridges, and ample foliage cover. The walls are typically finished in ceramic tiles, pottery scrap, artificial plants, and similar components. An artificial hill forms the source of a waterfall which is the focal point of attention as you move into the garden. Further ahead, one comes across shaded green pathways leading you to another waterfall, which is larger as compared to the first one. This waterfall is enjoyed from a distance for safety reasons. The two waterfalls are linked by means of canals and mini-bridges form the pathways for crossing them. Moving ahead, one comes across small huts adorned by typical Indian chhatris. These waterfalls and the lush green surroundings account for the most photographic locations of Rock Garden, making it one of the most picturesque places to visit in Chandigarh.

The second phase of the garden begins soon after one moves ahead of the waterfall towards the right. This phase gives a transitional feel between the traditionally organic and artificially modern composition. A blend of the old and the new, Rock Garden is one of the must-visit destinations in a Chandigarh tour package.

Soon after the shaded pathways and green landscapes, one enters a huge open courtyard with swings and steps for recreation. Parallelly running in harmony are the narrow pathways that lead to the mirror galleries and aquariums. Outside, trees have circular spaces built around their trunks to offer sitting space where one can enjoy a quiet moment in the shade. But if you need more than just a place to sit or when you get tired on your visit to Nek Chand Rock Garden, Chandigarh, you can enjoy some tea in an aesthetic setting – at the in-house cafeteria next to these galleries. The pathways further lead to Doll Museum which is a covered structure designed on the theme of a village. The doll museum is related to the idea of “trash to treasure” and displays thousands of dolls made from rags. The museum elaborates on the ideal village life by displaying their day-to-day activities, from women cooking in the kitchen to the celebration of festivals in the village. To add to the realistic appeal inside the museum are added artificial trees, animals, and other objects seen commonly in villages. The chronology of the displays is perfectly aligned to walk you through a day in the village! Moving ahead from Doll Museum is a room displaying a brief journey of the garden photographically. There are pictures of the garden in its initial phases, photographs of the creator of Rock Garden, Chandigarh – Nek Chand, and other eminent personalities.

The third and final phase of the garden leads the tourists into ample open sculpture gardens. These displays depict the idea of beautifying waste as they have been composed of tiles, ceramic pots, and bottle scraps, and bound together into various shapes and structures. The displays include human figures, animals, trees, and abstract objects. These sculptures, especially the human figures, stand distinguished as an art form. Over the years, these sculptures have stood out as an identity not just for Rock Garden, but for Chandigarh as a city!

If you are planning a visit to Rock Garden and Sukhna Lake for the first time, it is important that you check the timings during which they are operational and open for visitors. This should be taken care of if you are travelling from a hill station near Chandigarh or other places nearby because you don’t want to travel all the way and end up knocking on closed doors!

Thankfully, Rock Garden is open for the major part of the day which is conveniently suited to most travel plans. The timings of Rock Garden, Chandigarh are 9 am to 7 pm and it is open on all 7 days of the week. However, during the cooler months from October to March, it closes an hour early at 6 pm. It is advised that one does not wait till late evening to visit the garden and come with a couple of hours in hand in order to enjoy the trip to the fullest.

Now that we are clear about the timings of Rock Garden, Chandigarh, it is time to know the expenditure that would be involved in making a visit to this popular tourist attraction. Considering the fascinating history of the garden and the creative genius utilized in building the site, one might expect it to be moderately expensive to visit this artistic marvel; however, the entry fee of Rock Garden, Chandigarh is surprisingly low!

So, even when you’re on the lowest of your travel budgets, you won’t have to think twice before visiting this place. Whether you’re a student with just some pocket money in hand or have to bear the expenses for a huge family picnic, you need not worry, as Rock Garden, Chandigarh’s ticket price is merely 30 rupees! And for kids? Well, just pay 10 rupees for a child and let them enjoy and have a good time.

From a discrete and humble beginning to the man-made marvel it is today, Rock Garden personifies how creativity lies in the eye of the beholder! 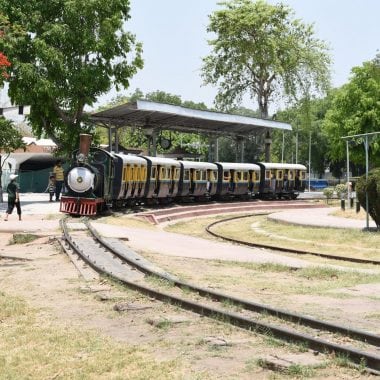 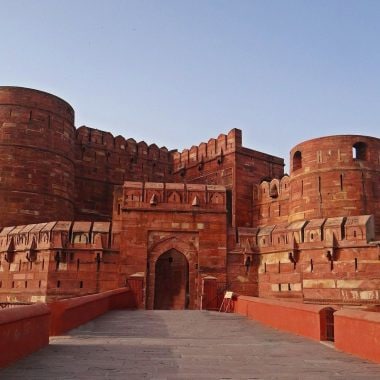