Located at just 157 km from the megacity of Gujarat, Polo Forest near Ahmedabad is a famous weekend getaway destination for locals and people living in Udaipur, Rajasthan. It is spread across 400 km of forest area and surrounded by beautiful hills, giving ample opportunities for adventure activities and sightseeing. If you are planning your next weekend getaway to Polo Forest, here is all you need to know before paying a visit.

The ancient city of Abhapuri, now known as Polo Forest, is believed to be built by the Parihar kings of Idar in the 10th century and invaded by the Rajputs of Marwar in the 15th century. Its name is derived from the word Pol which means gate in Marwari. The forest signifies a gateway between Rajasthan and Gujarat as it is situated near their borders. The place rests between the Kalaliyo peak in the east and the Mamrehchi peak in the west. It surrounds the famous ancient river Harnav which has made it gain the status of a sacred place among the locals. Besides, it is home to several ancient temples dedicated to Jain and Hindu deities and renowned for their exquisite architecture.

Today, the Polo Forest near Ahmedabad is a dense rain-soaked forest that serves as a home to tribals and several common and rare animal species. Visitors in the forest can spot over 400 species of plants, over 200 species of birds, around 60 species of mammals and reptiles. It also has other wild animals like leopards, hyenas, bears, and flying squirrels.

However, no one knows why the city of Abhapur became a lost passage over time and transformed into a dense forest, thereby making it famous for its mysterious stories among the locals.

2. When to Visit Polo Forest Ahmedabad?

While the forest is open for visitors throughout the year, the time between August to December is considered the most favourable to indulge in the serene beauty backed by lush greenery that expands over the horizons till your eyes can see.

While the monsoon season is best to witness its beauty, the Polo Festival organized during the winters makes it a happening destination for a weekend getaway from Ahmedabad. The festival is organized by the Gujarat Government with the aim to promote the natural beauty and heritage of Polo Forest and make it among the famous tourist destinations across the country.

Participating in the Polo Festival is among the most exciting things to do in Ahmedabad, both for the locals and guests in the city. One can enjoy numerous activities from cycling, camping, trekking, hiking, etc., during the entire festival. Another bonus is that you do not have to pay entry fees to visit Ahmedabad’s Polo Forest.

3. How to Reach Polo Forest from Ahmedabad?

The distance from Ahmedabad to Polo Forest is approximately 157 km which can be easily covered by public transport or your own conveyance. There are several buses and taxis running between Ahmedabad and Vijaynagar, from where you can take a shuttle to reach your destination.

When travelling by car, you can take the route via Gandhinagar – Vijapur Road to reach the forest. The address of Polo Forest Ahmedabad is easily available on the internet. All you need to do is set the location and get going. It takes approximately 3 hours 30 minutes to cover the distance from Ahmedabad to Polo Forest.

4. Where to Stay When Visiting Polo Forest?

You have a fair amount of choices when it comes to good resorts and hotels located on the Polo Forest road during your weekend getaway from Ahmedabad. Alternatively, you can also choose to stay at a renowned resort or hotel near Ahmedabad airport if you are a guest in the city.

5. Things to do When at Polo Forest Ahmedabad

Are you going on a weekend getaway from Ahmedabad to the famous Polo Forest? Here is all you can do to have a memorable trip.

If you are planning a weekend getaway from Ahmedabad to Polo Forest, there are many activities to spend the day. The fun multiplies when you plan your visit to the Polo Festival. Check out the activities to participate in and have some fun.

Situated on the banks of river Harnav, Polo Forest offers a picturesque spot for nature lovers. You get to see some of the most breathtaking views of the Polo Forest from the riverside, especially during the monsoon. People generally enjoy bathing in the river and trekking at the Vanaj Dam built on the river.

Polo Forest is known to have rich flora and fauna. From birds to flying squirrels, hyenas to leopards, lizards to crocodiles, you get to spot common as well as rare animal species during your forest trek. Besides, it is believed that the forest has over 400 species of plants to explore and gain knowledge, especially if you have a love for and interest in plants.

Ahmedabad’s Polo Forest is home to the ruins of the 15th Century Jain and Hindu temples and religious sights with their significance in Indian history. Some of these temples are also considered heritage sights and included in the Ahmedabad city tour package. Though not in their original form as the ruins were restored by the State Archeology Department, their architecture and carving still give you a glimpse into their history and taste of the royal kings of that time. Below are some of these attractions to see when in Polo Forest.

The Sharaneshwar Shiva Temple in Polo Forest Ahmedabad is a beautiful three-storeyed temple dedicated to Lord Shiva. It is a 15th-century temple that is believed to be worshipped by the queens and great saints of that time. Though the temple is ruined, it still has a garbhagriha, gudda mandapa (central shrine), nandi-mandapa, and a yagyakunda.

Lakhena na Dera is a 14th-century Jain temple with beautiful sculptures and carved pillars. It was built during the Parihar Dynasty and is the only Jain Temple in the world with the statue of Lord Krishna, six different types of Swastik, and a statue of wrestlers fighting. It also has the images of Tirthankara with his consort Padmavati, and other images of Kuber, Chakreshwari, and Ambika.

Trayatan Shiva Temple in Polo Forest Ahmedabad is the sandstone temple from the 15th century that’s dedicated to Lord Shiva. It is believed that the original structure of the temple was destroyed by Mughal Emperors during their invasion of India. However, it still has its sanctum, mandapa, and a kund to give a glimpse of its history. There are two other temples alongside Trayatan Shiva Temple which are dedicated to Lord Shiva and Goddess Parvati in the form of Laxminarayan and Shakti.

Yet another sandstone temple dedicated to Lord Shiva and Goddess Parvati is this Shiv-Shakti Temple. The temple structure dates back to the 15th century and has four elements – mandapa, sanctum, pravesh-chowki, and an antarala, together called Chaturanga. The sculptures of Surya and Suryani welcome the visitors inside the temple. Its walls are adorned with the sculptures of Shiv Parvati, Indra Indrani, Brahma Brahmani, Ganesh, and several Apsaras.

Not to be missed, this ancient and mysterious tree is believed to have magical medicinal properties in its roots. It is also a source of water for the Gupta Ganga throughout the year. Owing to this belief, people who visit the Polo Forest near Ahmedabad, especially locals, worship the tree and drink water from the chutes formed on the roots of the tree.

As you can see, there’s so much to do! Get ready to enter its majestic world of lush greenery, rolling mountains, scintillating streams, and the remnants of ancient temples that are hundreds of years old, and have an experience that regales. Also, check out other places to visit in Ahmedabad if you wish to extend your trip or are visiting the city for the first time. 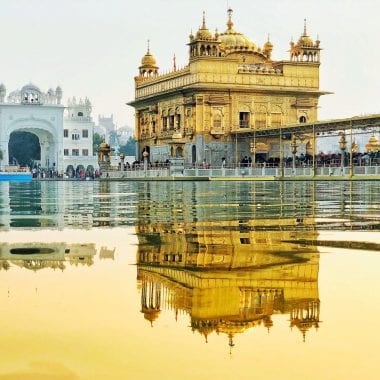 10 Best Hotels in Amritsar near the Golden Temple 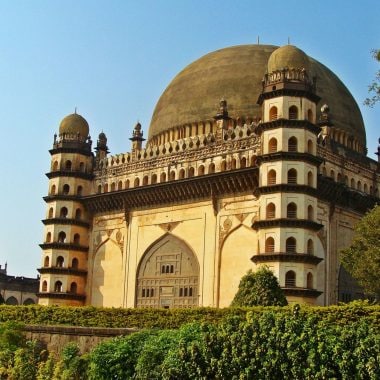