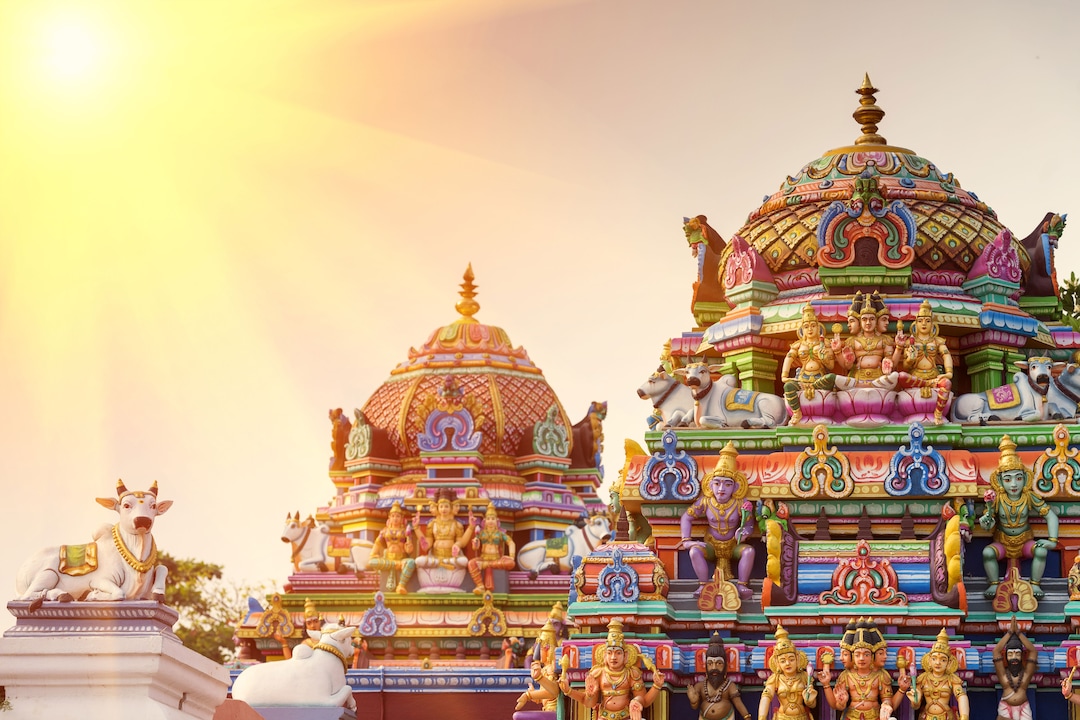 Formerly known as Madras, Chennai is the capital city of Tamil Nadu that is located on the Coromandel Coast of the Bay of Bengal. The city has a rich cultural heritage that is still preserved and balances well with the metropolis lifestyle. Not just temples, but the city also houses British-era museums and monuments that make your trip even more enthralling. Of course, the tall towers and contemporary structures that Chennai’s skyline is famous for, can’t be skipped. There are numerous places to visit in Chennai, with each tourist attraction having a unique and classic touch to it. Amidst the hustle and bustle of the city, here are the 9 best places that we recommend you to visit in Chennai.

Get Mesmerised by the Beauty of Chennai’s Beaches

Starting with the tourist attraction that holds the record of being the second-longest urban beach in India, Marina Beach’s charm simply cannot be overshadowed. The Marina Beach runs from Fort St. George in the North to the Foreshore Estate in the South, stretched to a distance of 13 kilometres. It is the most crowded beach in the country, welcoming almost 30,000 visitors every day. The picturesque and gorgeous view of this tourist place in Chennai is a sight to behold; it has a white sandy shore where you and your loved ones can enjoy a walk in the evening. The beach also houses an aquarium that has a collection of tropical seawater and freshwater fishes. This aquarium happens to be the first aquarium in India which was established in 1909.

The aquarium in Marina Beach has an Ice House, which stores the ice brought from North America’s Great Lakes. Adding to this, the 49-metre Old Light House is also an attraction at this famous place in Chennai, where you can get a panoramic view of the city. Interestingly, the Old Light House is the only lighthouse in India that has a lift. Whether you watch the sun ascend towards the orange-hued sky or descend into the ocean, at Marina Beach you are sure to have an eye-pleasingly alluring experience.

Located in the remote yet placid neighbourhood of Valmiki Nagar in Chennai, Breezy Beach is yet another breathtakingly gorgeous tourist place in Chennai. It is not known to many and hence, is the best place to enjoy a serene and relaxing time with your loved ones. And because only a few people know about Breezy Beach, it is less polluted and cleaner than the other ones. It is also one of the most recommended places to visit in Chennai for couples as the peaceful aura lets them spend some quality time together.

We can’t say for sure why the beach is named ‘Breezy’ but what we can vouch for is a cool, calm, and refreshing time here. Also known as Besant Nagar Beach or Bessie, Elliot’s Beach forms at the end-point of the Marina Beach shore. It is located in Besant Nagar, Chennai and is named after the Chief Magistrate, Superintendent of Madras and Governor of Chennai during the British times – Sir Edward Elliot. It is one of the cleanest beaches in Chennai, which further makes it one of the best places to visit in South India. Elliot’s Beach is an ideal destination for long walks and spending quality time in the embrace of tranquillity. The Velankanni Church and Ashthalakshmi Kovil are within the vicinity of Elliot’s Beach. It is a quite famous beach not only amongst tourists but also amongst the locals of the city. It is said that during the colonial times, Elliot’s Beach was accessible only to the white people; but that’s talk of the past. Now, the beach welcomes thousands of visitors not only from India but also across the world. Elliot’s Beach is one of the best places to visit in Chennai and the perfect location if you want to lose yourself in the magical hug of nature while soaking your feet in the cool and clear sea waters.

Get Closer to Divinity with these Magnificent Beauties in Chennai

Located in Besant Nagar, the Ashthalakshmi Temple must be included in your Tamil Nadu tour package. was constructed in the wishes of Sri Chandrasekara Saraswati Swamigal, who was the Maha Periyaval of Kanchi Mutt. The temple complex’s foundation was laid in 1974 by the followers and the sanctification ceremony took place on the 5th of April, 1976. The sanctification ceremony was done in the presence of Ahobila Mutt Vedhantha Dhesika Yatheendhra Mahadhesikan Swami. Legends have it that the place where the temple is built is the birthplace of Goddess Lakshmi, facing the Bay of Bengal. The sound of the ocean waves echoes in the temple that instantly gives you a sense of peace and tranquillity. What makes the Ashthalakshmi Temple one of the best places to see in Chennai is its architecture. The architecture of this temple is full of grandeur and it is said that approximately 7 million rupees were spent on the renovation of this beauty in Chennai.

One of the most esteemed mosques in Tamil Nadu, the Thousand Lights Mosque of Royapettah in Chennai was built in the early 19th Century by the Wallajah family of the Carnatic rulers. The Thousand Lights Mosque is constructed in the traditional Islamic pattern with high minarets and domes, with a large prayer hall for men and a separate hall for women. This beautiful place to visit in Chennai has earned its name from the legend that ‘to illuminate the prayer hall, a thousand oil lamps were lit back in the bygone eras’. Can you imagine the breathtaking sight, when the oil lamps illuminated the mosque against the backdrop of the night’s sky? The shrine of the Thousand Lights Mosque is dedicated to Imam Hossein, who is the grandson of the first prophet Muhammad. What makes this grandeur tourist place in Chennai more alluring are the walls of the mosque, which are ornamented with lines from the Holy Quran.

Make Your Memorable with these Enthralling Tourist Locations

One of the best places to visit in Chennai with friends, if you are up for an adventure, Kolli Hills is for you!

A mountainous range located in the Namakkal district of Tamil Nadu, the Kolli Hills is a hidden treasure of the city, whose beauty has remained untouched from commercialisation. This mountainous range is not only famous for its natural beauty but also because of the Arappaleshwar Temple, dedicated to Lord Shiva. To reach the peak of this beautiful place to visit in Chennai, you have to drive through the winding road with several twists and turns. The trip is extremely exciting, filled with adventure; however, since the roads are curvaceous and steep, please ensure that you drive safe and at slower speeds. 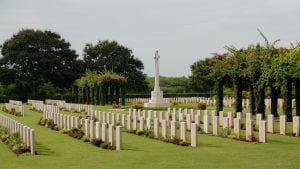 This place may not be the usual touristy thing that people do during their trips but if you are looking for historical places to visit in Chennai in 1-day, Madras War Cemetery is a good option. It is a symbol of glory and sacrifice that our freedom fighters and ancestors have done to give their future generation a fun-filled and independent country. The Madras War Cemetery has the last remains of approximately 855 martyrs who laid down their lives during the Second World War along with a memorial stone for 1000 more martyrs from the Great War. The Madras War Cemetery also houses a small memorial for sea merchants. The cemetery was a beautiful lawn and hosts the Armistice Day homage on 11th November every year, with wreath offerings and Guard of Honour ceremony. If you are into war-time history or want to pay your tributes to the martyrs, include the Madras War Cemetery in your South India tour package.

Popularly known as the ‘White Town’, the main purpose of the Britishers constructing Fort St. George was to establish a stronghold in South India, especially in the Coromandel Coast. However, with the British gone, Fort St. George has become a magnificent and must-visit place in Chennai. It is now maintained by the Archaeological Survey of India and the station of the Tamil Nadu Government. Fort St. George has the first British official residential complex, the Clive House (Commander-in-Chief’s home), and the orchestrator of British India, Lord Robert Clive. This place to explore in Chennai also houses St. Mary’s Church, which is the oldest Anglican Church in India. It also has a museum, which was once the office for Madras Bank (in the 1795 era). However, after the independence, it has been turned into a museum with more than 3600 artefacts like weapons, silverware, ceremonial dresses, medals, letters, and so on.

Other than these, the Valluvar Kottam, Vivekananda House, MGR Film City, and Santhome Church (not to be confused with Santhome Cathedral Basilica) are some of the other places to visit in Chennai for a memorable trip. Chennai is a metropolitan city now but the charm of the old, heritage beauties still exist. There might be the best entertainment places in Chennai but the time in the embrace of nature remains a favourite. 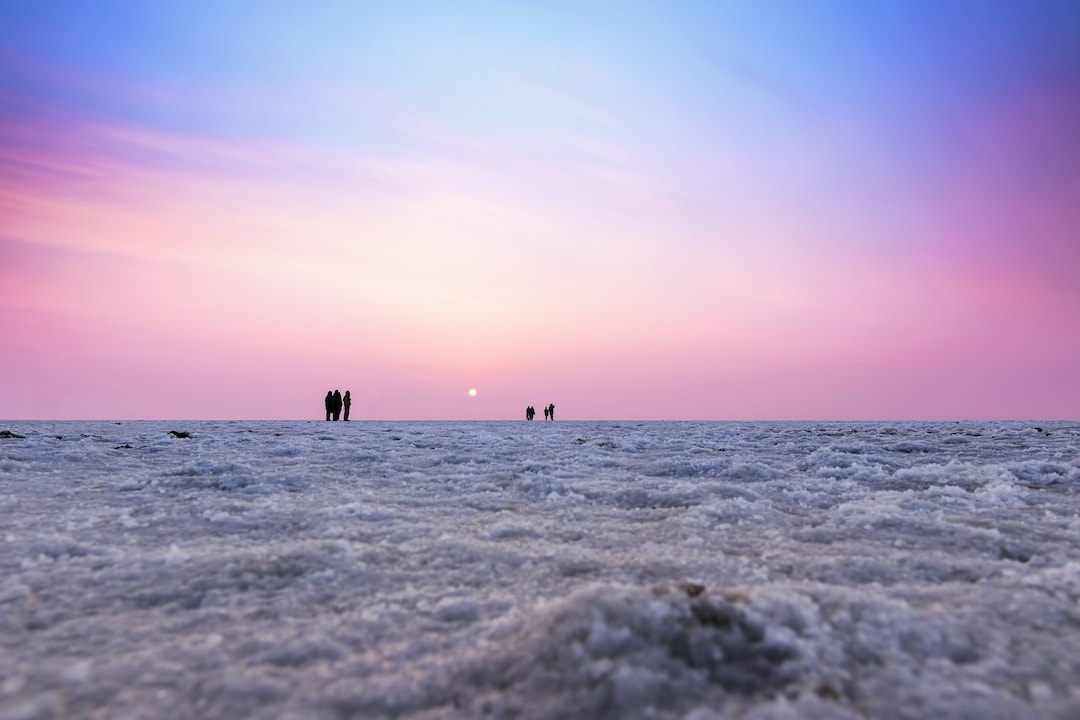 10 Famous Festivals of Gujarat You Must Be In 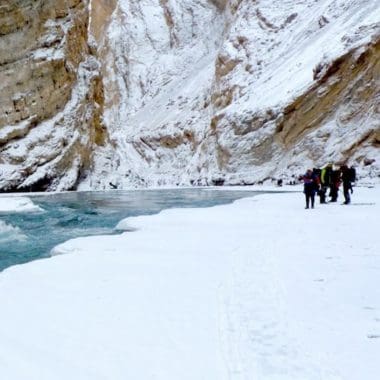