Blog › Mysore Sightseeing: 6 Places Not to Miss in Your Sightseeing Excursion in Mysore

Mysore Sightseeing: 6 Places Not to Miss in Your Sightseeing Excursion in Mysore

I have toured many kingly provinces, but my grandiose experience of the palatial Mysore will stay etched in my memories forever. The beauty of Mysore is quite extraordinary, but the city’s splendour is inexplicable during the extravaganza of the iconic Dussehra festival. I thank all that led me to go sightseeing Mysore during the festival of Dussehra this year!

I’d like to tell you at this point that the city is so much more than just the 10-day festivity. The Mysore sightseeing tour is just as quaint as it is refreshing! Besides having many incredible sightseeing places, Mysore is also one of the cleanest cities that there is in India. Now, that was a relief for me, especially because I don’t do well with pollution.

Celebrated as the cultural centre of Karnataka, Mysore is at its magical best from October to March. Well, you wouldn’t want to miss the Dussehra celebration; I know I wouldn’t! If you plan to visit the city, I have prepared what you may call ‘the’ list of sightseeing places in and near Mysore. Check it out here: –

Revisiting the majestic Mysore Palace in my memories alone takes me to a happy place. The beauty is undoubtedly mesmerising but more importantly, it is inspiriting! The palace is also known as the Mysore Maharaja Palace and is located in the centre of the Mysore city. Trust me, it doesn’t get better than that if you have the thought of sightseeing in mind.

Another amazing fact about the Mysore Palace is that it isn’t just famous as a local sightseeing marvel in Mysore, but as a sightseeing gem in the whole of India. I’ve heard about the Mysore Palace since I was a kid, and I’m sure you must have heard about it too. Well, the palace deserves such fame; after all, it does inspire great beauty! Much of the palace’s magnificence, however, comes from the harmoniously amalgamated architecture styles of the Rajput, Gothic, and Islamic.

I found the artisanship design and the ancient upholstery to be so aesthetically appealing that I can’t wait to treat myself of the view again. Also, I’d suggest that if you plan to visit this beauty, book your Mysore tour packages during Dussehra. Trust me; it’ll make the world of difference.

Anyone who visits Mysore advocates for how beautiful the Mysore Palace and Brindavan Gardens are. I do too! While the Mysore Palace is deemed a must-visit, Brindavan Garden too is a must-see sightseeing place in Mysore. Let me tell you why; if a beautifully vibrant and enthralling park isn’t already enough, the musical fountain will unquestionably enrapture you. After I was ravished by my tour of the garden, I was not surprised to learn that this garden had been used as the background scenery for so many cinematic scenes and songs. I mean, it is only fair that one would want to make the most of the garden’s beauty.

Oh, and a word of advice; if you are out sightseeing in and near Mysore with your partner and managed to upset him/her, there is no better way to make up for that than to bring them to the musical fountain at the Brindavan Garden. Later that evening, go for a relaxing and romantic stroll, and you’ll both be as good as new! Been there, done that; it works!

The city would not be called the city of palaces if it had just the Mysore Maharaja Palace, now would it? In my quest to visiting Mysore’s palaces and experiencing the palatial charm, I visited the second largest palace of Mysore, the Lalitha Palace. Before I tell you anything about the palace cum hotel itself, I want to ask you something. You know that everyone does think wishful sometimes, right? What did you want that you know you will never have? I, for one always wanted to have a kingly life, experience how it feels to be royalty. And guess what, I experienced just that at the Lalitha Palace.

I will admit, however, that the experience was short-lived and toned down by several folds, but royal nonetheless! And boy, were the ambience and food sinfully good. I miss them already! Oh, but there’s one more thing about the Lalitha Palace that I absolutely loved; that being its architecture. Lalitha ‘Mahal’ has been an outcome of architecture that is highly inspired by the St. Paul’s Cathedral in London. However, I did find a few more significant architectural styles, all of which were in perfect congruence.

The Lalitha Palace isn’t merely a sightseeing place in Mysore; it is quite an extraordinary experience that is limited only to this beautiful mahal. Love photography? Well, this is going to be the picturesque heaven for you.

Talking about architectural inspirations, there is no way in the world that I would forget to mention the tremendously beautiful St. Philomena Church. It ranks pretty high on my list of favourite sightseeing places in Mysore. Despite the fact that it is 200 years old, it is so impeccably maintained that I found difficulty in believing how old it was! The quaint charm of the church is mesmerising, to say the least. Also known as the St. Joseph’s Church, this Gothic-styled church is one of India’s largest Cathedrals and arguably one of its most beautiful too!

As I was admiring the church, I thought it wouldn’t hurt to learn about its history, and I’m so grateful that I enquired. St. Philomena was a Greek saint in the 3rd century and there were so many incredible stories that I got to hear. Irrespective of anyone’s religious beliefs, I found the church to be exceedingly warm and welcoming.

There’s a small cellar which stores the saint’s bones, and that’s where the church gets its name from. I also found a large statue in the cellar which was a thing of beauty! In my sightseeing expedition of Mysore, I found the St. Philomena Church to be a special one.

You will always find some touring places that you adore, some that you love, some that you feel you belong to, and then some that feel more than just a touring place. For me, the Bylakuppe Buddhist Golden Temple was it; I found this place to be a centre for healing, cleansing, rejuvenating and revitalizing my spiritual health. Situated further away from the Mysore city, this Tibetan styled Buddhist temple may rank in many people’s list of top sightseeing places in and near Mysore, but for me, it turned out to be a centre for spiritual growth.

I remember gazing at the famous Buddha statue that is housed in the monastery. Oh, and for the record, the statue is quite large. The monastery has so many interesting cultural elements that I took a day or two to finally understand what each symbolised. I also cherished the company of tourists and those who came here to meditate.

I find it mind-boggling as to how wanderlust can lead you to places you least expect to find. I went sightseeing in Mysore and found myself a centre for spirituality. How cool is that!

After the monastery, I came back for the palaces; and I can’t tell you how glad I was that I did! Because this time round, I was at the Jaganmohan Palace. Quite frankly, when I was initially planning my travel and browsing through the Mysore tour packages, I wasn’t sure how to feel about being suggested to visit so many palaces. I mean, most places were going to more or less similar, right? I was terribly wrong. If only I knew that each of these palaces in Mysore was such a sightseeing wonder, I would have been so much more excited than I previously was.

Okay, now back to the Jaganmohan Palace. This palace was like a breath of fresh air after visiting all the palaces that I did before this. You may ask, why? And that isn’t because of its interesting and uniquely charming architectural features but because of its art gallery. Oh, and the iconic art gallery was mighty good! The amazing set of paintings, including the original oil painting of Raja Ravi Varma, got me so piqued about art. Even the beautiful artefacts and the ancient clocks were very pleasing to the eye. Jaganmohan palace was truly an unexpected gem I found while sightseeing in Mysore.

If there is one thing that I learnt while touring the beautiful, stunning and serene sightseeing places in and near Mysore, it is that the more open you are to exploring these places, the more beauty you’ll find in them. And I think each of the memories I made in Mysore will stay very long with me, some may even stay with me for the rest of my life. Besides the fact that touring Mysore’s sightseeing places becomes better by multiple folds during the Dussehra festival, I’d suggest you pre-book your Mysore sightseeing package so that you can find the best-priced deal and enjoy the entire tour hassle-free. Reconnect With Love At These Romantic Island Getaways 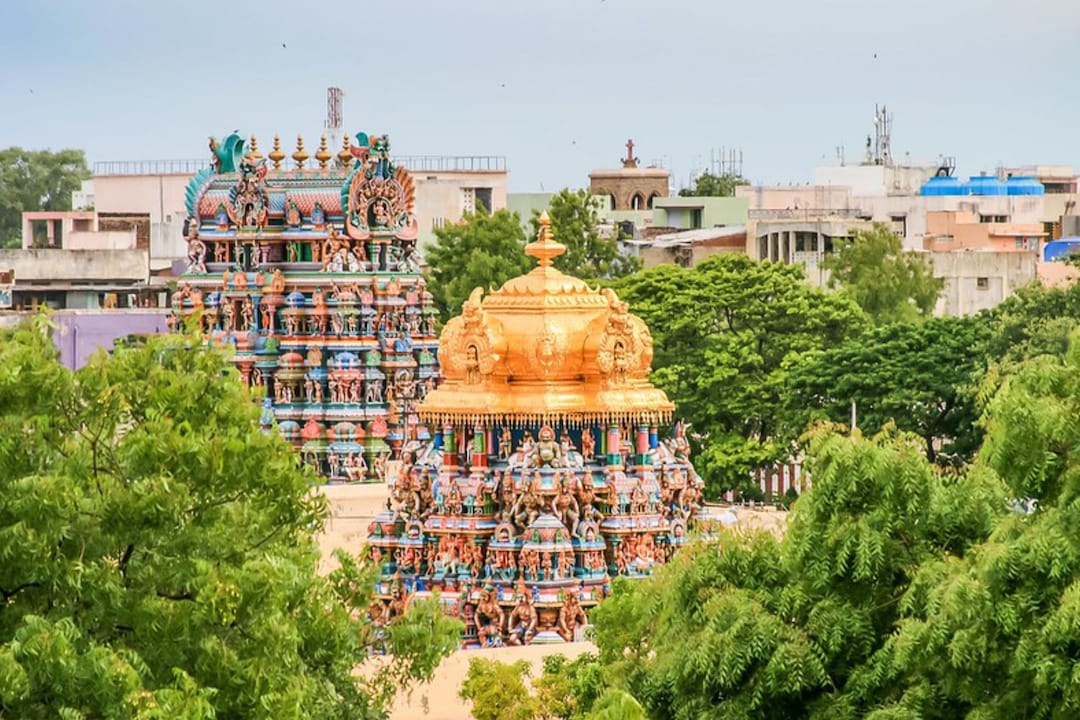