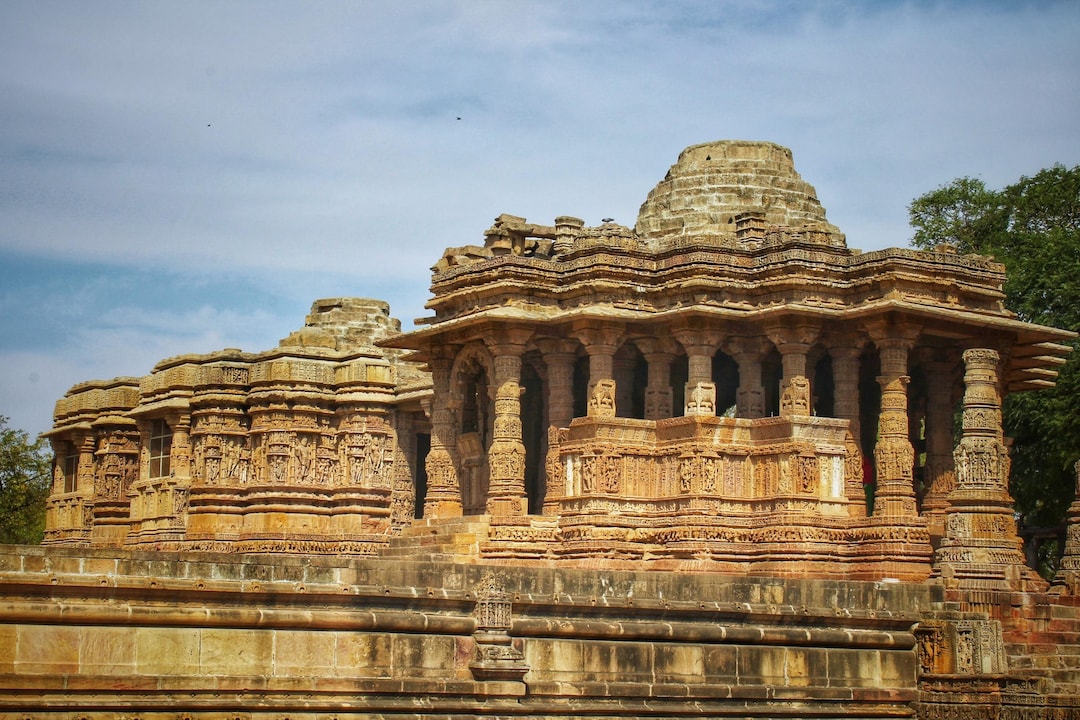 The best thing about temples or places of worship is that they are filled with positive vibes, helping visitors to slowly start forgetting about their grief and sadness and focus on positivity with a sense of hope. To that end, the silent environment within such temples allows people to learn how to build their calm and boost their concentration. There are many temples in India that are characterized by distinct and amazing architecture, which many a time becomes the reason to visit them. Attracting tourists from all over the world is one such temple known as the Modhera Sun Temple in Gujarat.

Set along the banks of River Pushpavati, the temple is surrounded by a picturesque terra-formed garden of lush green trees and natural beauty. Dedicated to the Sun God, the temple is a protected shrine under the Archaeological Survey of India. In 2014, The Surya Mandir in Gujarat was listed in the UNESCO World Heritage Sites, a recognition that’s as prestigious as they come. The awe-inspiring architecture of this temple makes it one of the best places to visit in Gujarat.

Here is everything you need to know about the Surya Temple Gujarat including its timings, architecture, history, and much more.

The temple was built by King Bhimdev of the Solanki dynasty during 1026-27 AD. The Modhera Sun Temple, in fact, is believed to have seen invasion and plunders under the incursion of Mohammed Ghazni. However, when Bhima returned to power after successfully impeding Ghazni’s invasion, he ordered the reconstruction of the temple. Thereafter, the miniature and the niche shrines in the tank of Modhera Sun Temple were structured shortly after 1026 CE. Here, the dancing hall, gateways, and the porch of the temple were built much later i.e. during the third quarter of the 12th century.

At present, the Sun Temple in Gujarat is a protected monument of national and global interest, and it is no longer an active place of worship. The Archaeological Survey of India or ASI has undertaken the responsibility of restoring the Surya Mandir Gujarat site and is working towards the refurbishment and conservation of this heritage monument.

One of the finest examples of conventional Indian architectural style, Modhera Sun Temple is constructed in Maru-Gurjara style or Chalukya style. With its structure being around 1000 years old, the temple attracts tourists with awe-inspiring architecture that makes them wonder about the intelligence and vigour of people from that era. It is one of the several ancient engineering wonders of India, an exceptional depiction of craftsmanship, precision and imaginative skills.

The Modhera Surya Mandir in the Gujarati region is divided into three main parts, namely:

Also known as Rama Kund, the Surya Kund is a stepwell-styled water tank or reservoir that marks the start of the temple. Covering an area of 21,000 sq. feet, the kund has steps with square and rectangular dimensions that take people from one terrace to the other. Earlier, people used to take a bath here before entering the main temple.

There are around 108 temples with different sizes and shapes situated on its stairs, making the stepwell even more striking. These temples are dedicated to Lord Vishnu as Shesh Shaiya, Lord Shiva as Nataraja, Lord Ganesha, and goddess Sheetla Mata.

Known as the main temple, the Guda Mandapa can enthral visitors thanks to its lotus-shaped base. It was constructed in a way that the idol used to get the first rays of the sun. The walls of Modhera Sun Temple have carvings and figurines of God Surya with dancers and many other figures sitting around him.

Carvings on the walls are stunning and signify different phases of human life, starting from the circle of birth to death. Along with that, there are figures of all gods and goddesses, musicians, and scenes from epics – Ramayana and Mahabharata. The walls of the Guda Mandapa also showcase the Sun God in 12 diverse modes for 12 different months. The base and wall of the temple are enclosed with different kinds of complex carvings.

Sabha Mandapa or the Assembly Hall has an octagonal shape and is open on all sides. The hall was used for public meetings, religious functions, councils, and performances in the Solanki dynasty. The roof of this hall in Modhera Sun Temple is backed by 52 brilliantly carved pillars that represent 52 weeks of the year. It has a magnificently carved ceiling that is a key point of attraction within the temple. The pillars have beautiful Torana gateways and arches that adorn the entry points. The deeply carved pillars have sights from Mahabharata, Ramayana, and Krishna Leela. These include scenes like Vanar Sena with stones in their hands to construct the bridge, Sita in Ashok Vatika, Arjuna with his bow in Draupadi’s Swayamvar, and Lord Krishna with Govardhan Parvat on his fingertip. Also, there are figurines of Vishkanyas doing their makeup.

Deities in 8 directions in the Sun Temple of Modhera Gujarat

In this beautiful temple, there are deities from 8 directions, including:

Unlike other tourist spots including the most famous temples in India, the Modhera Sun Temple is not normally overcrowded with visitors. This makes it a peaceful and serene place to visit. Once you enter the premise of this holy place, you will instantly feel the tranquillity and positive vibes in the atmosphere. With such peaceful vibes and calmness all around, you will definitely look forward to spending more time than you had originally planned for.

The timings to visit Modhera Sun Temple is from 7 AM in the morning to 6 PM in the evening. If we talk about the perfect month to visit this temple, the best time would be from October – March. It is recommended to travel to Gujarat during winters when the weather is pleasant. Moreover, if you want to experience the famous Modhera Dance Festival, you should plan your visit in the month of January. That way, you’ll be able to experience the Modhera Dance Festival takes place every year at the sun temple in Gujarat after the Uttarayan.

If there’s one thing that you should take away from this blog, it is this – whenever you book one of the Gujarat tour packages, make sure it includes a visit to the Modhera Sun Temple. It is that good! 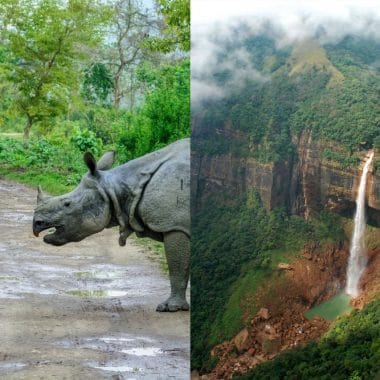 8 Picnic Spots Near Guwahati for A Weekend Getaway 12 Best Resorts in Dharamshala for a Perfect Staycation in Summer