Blog › List of National Parks in Karnataka For A Wildlife Adventure

List of National Parks in Karnataka For A Wildlife Adventure

Karnataka is an outstanding wildlife destination in India that showcases the best of Indian biodiversity. With more than 20 wildlife sanctuaries that protect certain endangered species as well as a plethora of common species, the state attracts wildlife enthusiasts from all over the globe and provides them with an unparalleled opportunity to see vividness. Because the wildlife reserves are located between the Western Ghats and the South Vindhyan Mountains, visitors may take advantage of the opportunity to hike on some lovely routes while seeing nature’s grandeur and spotting wildlife. If you’re searching for an exciting and one-of-a-kind holiday, consider visiting Karnataka’s wildlife reserves.

Here is the list of national parks in Karnataka you can add to your tour itinerary: –

A gateway to the most exciting places for Karnataka sightseeing, Nagarhole National Park in Karnataka’s Kodagu district is an animal refuge, with lush woods, streams, hills, valleys, and waterfalls within its complex. The park is home to numerous tigers, Gaur, elephants, Indian leopards, sloth bears, striped hyenas, and deer.

The refuge, which has a perfect predator-prey ratio, is the closest thing to a real jungle, where you can actually watch animals hunting and walking about freely. If you’re searching for a day excursion near Bangalore to one of Karnataka’s premier national parks, Nagarhole National Park will not disappoint!

Bandipur National Park and Tiger Reserve were established in 1974 as part of Project Tiger. It is considered a significant habitat for wild elephants in India, together with the adjacent reserve forests.

The combined area of Anshi Dandeli Tiger Reserve, which is located in Uttara Kannada district, is 1300 sq km. In 2015, it was renamed Kali Tiger Reserve. The river Kali, considered the tiger reserve’s lifeblood, flows through the jungle. There is a lot of wildlife in the park. Apart from tigers, the park’s major predators include leopards, sloth bears, and dholes. Black panthers can also be found here, however, they are rarely observed.

The park is the only spot in Asia where you may see a black panther in its native habitat. Anshi National Park distinguishes itself from other Karnataka National Parks by offering a variety of activities such as hiking, safari tours, coracle boat rides, mountain biking, eco-tourism, and cycling where tourists may breathe in clean jungle air. 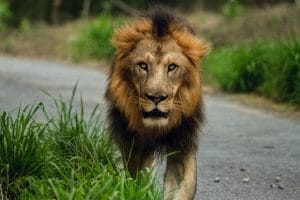 Bannerghatta National Park, located In the suburbs of Bangalore on the foothills of the Anekal range, is one of the most visited National Parks in Karnataka. This park’s diverse wildlife includes Bengal Tigers, White Tigers, Lions, Spotted Deer, Zebras, and many more.

The park also includes an elephant corridor, and the elephant sanctuary allows visitors to observe these massive creatures roaming freely without human interference. Visit the Butterfly Park, which includes a butterfly conservatory, a museum, and an audiovisual area.

Kudremukh National Park is one of Karnataka’s most alluring National Parks, with dense forests, scenic waterfalls like Kadambi and Hanumangundi, mesmerising organic pools, and a diverse fauna that includes the lion-tailed macaque, tiger, leopard, wild dog, Malabar giant squirrel, common langur, sloth bear, and many others.

Kudremukh means “horse’s face,” and the national park includes a number of exciting trekking and hiking trails that allow visitors to appreciate the area’s natural visual splendour while also seeing animals in their natural habitat. The tea and coffee plantations around the Kudremukh National Park provide the ideal setting for spectacular outdoor photographs as well as trekking and animal viewing.

Mudumalai National Park is one of the intriguing National Parks in Karnataka that shares its boundaries with Kerala and Tamil Nadu. It is well-known for its thick elephant and tiger population. The Mudumalai National Park, which covers 321 square kilometres, is home to around 266 species of birds, including the endangered Indian white-rumped vulture and the long-billed vulture, as well as a variety of other animals such as Indian leopards, elephants, gaur, and Bengal Tigers.

The python, flying lizard, spectacled cobra, krait, Asian pit vipers, and monitor lizard are some of the reptiles seen inside the national park, in addition to the abundant animal population.

Kabini, around 245 kilometres from Bangalore, is well known for the luxury resorts that surround the Kabini River and the nearby Nagarhole National Park. From Bangalore, Mysore, and Mangalore, it is a favourite weekend retreat. Look for Karnataka tour packages that eliminate the stress out of your vacation and allow you to focus on having a good time.

In the Kabini forest, a Boat Safari or Jeep Safari is the best way to see tigers, leopards, guars, elephants, and other beautiful animals. Kabini is also one of India’s top spots for leopard photography.

Location: On the bank of River Kabini in the Kodagu, Karnataka

Along with the state’s famous palaces, stunning waterfalls,  rich legacy and historical monuments in Karnataka, Karnataka’s national parks are one of the state’s top tourist attractions; home to several unique and unusual species due to the state’s location in the Western Ghats. These parks are known for their rich fauna and for housing the Western Ghats UNESCO World Heritage Site. It is certainly a wildlife enthusiast’s dream come true. How about you?! 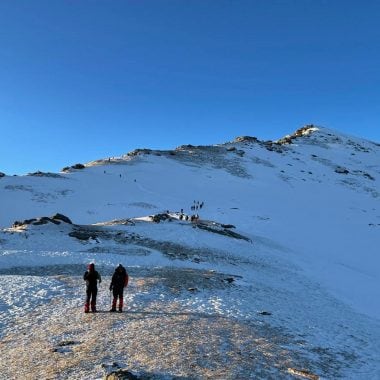 21 Places for Trekking in Uttarakhand For A Mesmerising Himalayan Adventure