These Must-Visit Tourist Places in Israel Will Have You Beguiled

The Israel you haven’t seen is mightily different from what you’ve heard or read about – you can take that much from us.

While the country is well-known for housing some of the most famous religious places for people of Jewish, Muslim, and Christian faiths, it has a touristy side to it as well which feels like the perfect mirage to these pilgrimage attractions – this is the charm that underlines Israel as a holiday destination. Here, you can find immense natural beauty and amazing culture as this country is a rare blend of delectable food, welcoming people and rich history with an endless list of tourist attractions.

Here are the top tourist places that you should definitely cover on your trip to Israel: It is a mountain ridge located to the east of Jerusalem. Olive grooves used to cover the slopes of these mountains and this is why it was named the Mount of Olives. The top of this mountain offers a breathtakingly beautiful view. It also serves as a burial site for the Jewish community in the world; it has been used as a cemetery for more than 3,000 years and has around 150,000 graves.

Church of the Holy Sepulchre

This church has been built on the traditional site of Jesus’ Crucifixion and burial. Located in the northwest quarter of Jerusalem, it is one of the most sacred places to visit in Israel as a Christian. Near the entrance, there is a stairway leading up to Calvary, where Jesus was crucified. You can also see the Stone of Anointing here which is believed to be where Jesus’s body was prepared for burial. 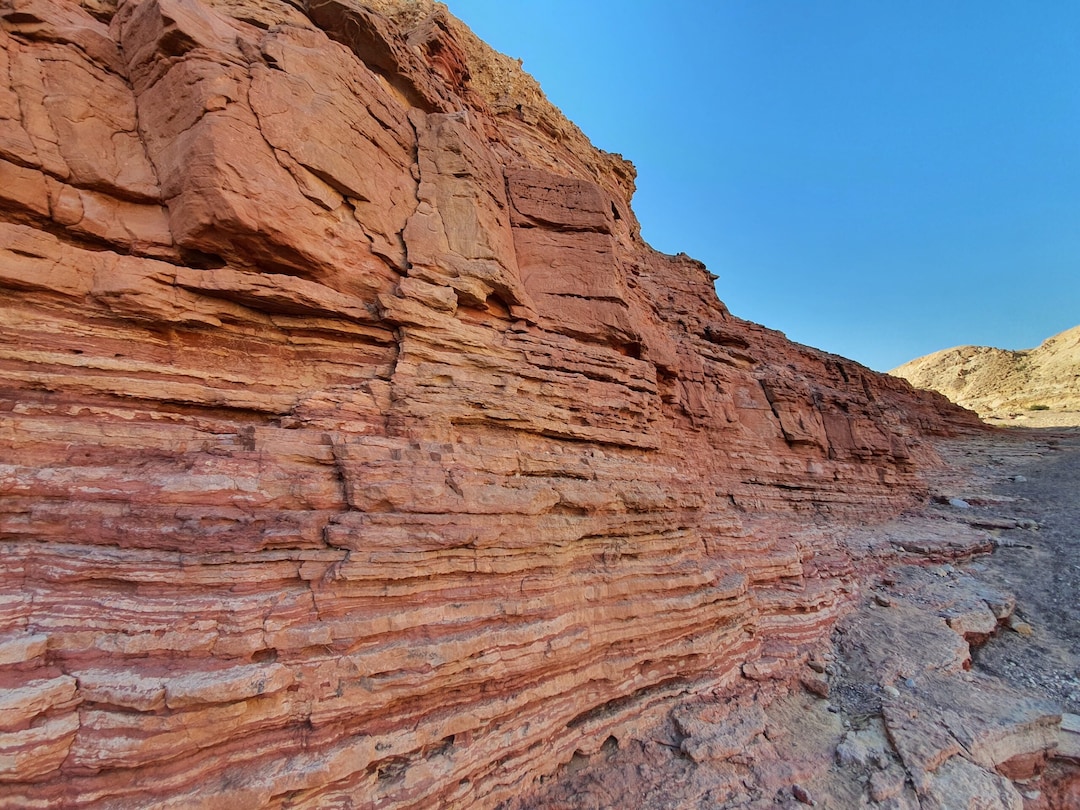 The Red Canyon is one of the most beautiful hiking trails in the Eilat mountain range. With sunlight bouncing off the colourful rocks throughout the hike, this canyon offers a remarkable experience. And, it also takes the pride of being the most photographed canyon in the country.

Famous as the oldest center of copper production in the ancient world, this horseshoe-shoe valley is surrounded by steep cliffs. Its major attraction is Mount Timna which stands tall in the centre. Apart from being known for its copper reserves, this valley also houses natural monumental structures like Solomon’s Pillars and Mushroom Rock which makes it one of the most beautiful places in Israel.

This ancient limestone wall fragment is a holy pilgrimage spot and one of the most popular tourist attractions in Israel. Located in Jerusalem, this is a place of prayer for the Jewish people and is also known as the Wailing Wall. It is just the remnant of the retaining wall surrounding the Temple Mount where the First and Second Temples of Jerusalem used to be. Both these temples were destroyed by the Babylonians and the Romans respectively. Since then, this wall has become the holiest spot for Jews.

Dome of the Rock

This Islamic shrine is one of the most famous religious places to visit in Israel. This beautiful dome is a fine example of the Byzantine architectural tradition. It is located on a flat elevated plaza, the Haram al-Sharif, the highest point in old Jerusalem. Contrary to common belief, this beautiful structure is not a mosque and its original function is still debatable.

Also famous as the Jerusalem Citadel, the Tower of David is an impressive medieval fortress. Known for its historical significance, this has been the symbol of the city of Jerusalem for centuries. This was originally built in the 2nd century BCE with the purpose of strengthening the city’s defenses. However, it was destroyed and rebuilt repeatedly and now holds an immense cultural value.

Previously known as the Palestine Archaeological Museum, it was built in 1938 and now it contains thousands of artefacts ranging from prehistoric times to the Ottoman period. Here, you can find archaeological discoveries like wooden panels, marble lintels, dead sea scrolls etc. on display. This museum opens only on Thursday, Saturday and Sunday and the timing is from 10 AM to 3 PM.

This country has the largest number of museums per capita as compared to any other country and Coral World Underwater Observatory is the world’s only one underwater. Situated in the Eilat’s Coral Beach Natural Reserve, it is the largest public aquarium in the Middle East and also among the most famous tourist spots in Israel The underwater tower of this observatory might seem like a modern lighthouse at first. Here, you can find more than 800 species of marine life being displayed in large aquarium tanks. Most of these species are indigenous to the Red Sea.

Also known as the Hanging Gardens of Haifa, this is one of the best places to visit in Israel and has been declared a UNESCO world heritage site. It is a holy place for the people of the Bahai faith, not widely known in the world. Featuring 19 terraces and a gold-domed Shrine of the Bab in the centre, this place is famous for its unique design. It displays a beautiful combination of geometrical shapes and exquisite detailing.

Situated on the eastern shore of the Sea of Galilee, this is a beautiful option for sightseeing in Israel. This national park contains the remnants of a monastery and church built during the Byzantine period. According to the Christian belief, this monastery is identified as the site of Jesus’ ‘Miracle of the Swine.’ It is believed that in this monastery, Jesus performed an exorcism on a man possessed by demons.

Church of the Multiplication

This is a Roman Catholic church located at Tabgha in Israel. The floor of this church features beautiful restored 5th-century mosaics. This church is believed to be the site where the miracle of the loaves and fishes in the Bible took place and its main highlight is a mosaic that depicts a  basket of bread being flanked by two fishes. You can visit this place on any day of the week but the timings are different from the regular opening hours on Saturday and Sunday. 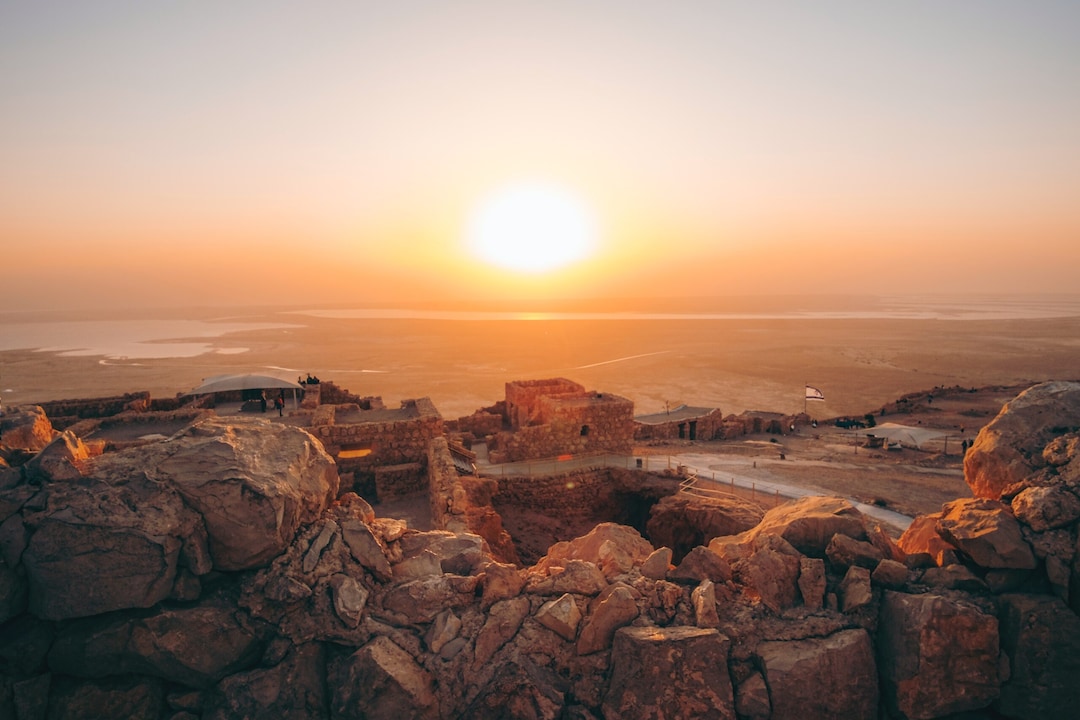 Declared as a national park by the Israel Nature and Parks Authority in 1966, it is located on a massive plateau overlooking the Dead Sea. The top of this rock is 600 meters long from north to south, over 300 meters wide from east to west and roughly rhombus. Here, you can also find remnants of ancient palaces and castles.

The best time to visit Israel is in the spring and autumn season (April to May and September to October respectively). During these months, the weather remains pleasantly warm during the day and nights are cool so you can explore conveniently.

From glorious landscapes to picturesque monuments, beautiful beaches to ancient buildings, Israel is like a welcome surprise that leaves you visibly delighted. If you are travelling there for the first time and aren’t familiar with the places, then just got with the flow – there are a lot of things to see in Israel. To ensure that you do not miss any of those, it is a wise decision to book an Israel tour package so that you can make the most out of your excursion. 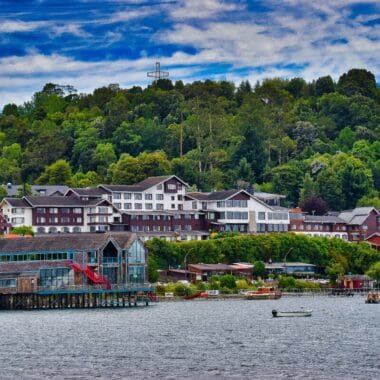