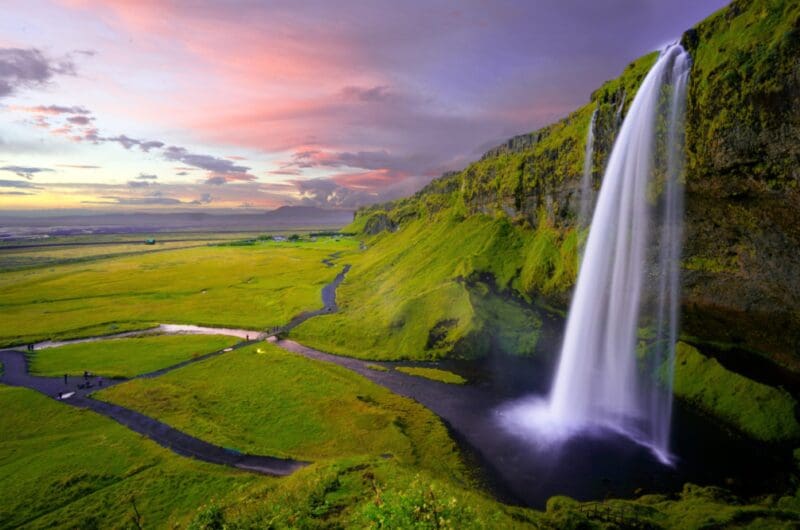 8 Delectable Foods that You Must Try on your Iceland Tour

Iceland, a place of rugged beauty, is home to some of the most breathtaking landscapes on earth. Nature in this area is so untamed that it almost seems otherworldly, luring you into its majestic, space-like vistas. Its unique terrain includes tectonic plates, glaciers, natural hot springs, and thundering waterfalls. The island is so isolated that it might seem like the world is ending while staring out over the endless north Atlantic ocean. Icelanders are incredibly resilient because of the harshness and beauty of the country’s natural attractions. Though they also have a lovely warmth and friendliness, living in sync with the cyclical pattern of the seasons.

Your eyes and taste buds will open to a wide variety of original flavours and cuisines in Iceland as a result of exploring new foods and beverages for the first time. Amongst all cuisines in the world, Icelandic food is considered the healthiest.  The highest quality food you will get to taste here is made possible by the crystal pure air and water, the freely grazing cows and sheep, the wild fish, and the chemical-free vegetables.

Ice cream is a favourite food of Icelanders. However, not just any ice cream. Here in  Iceland, ice cream is very different from everything you’ve ever experienced. You’ll be astonished to learn that ice cream is available in various flavours in petrol stations and essential stores. Ice cream shops in Iceland remain open until the wee hours of the morning, so you are lucky if you want a cool treat while out and about at night.

Bragðarefur, often known as the upscale McFlurry in Iceland, is one of the most well-known Icelandic specialities. It is a mix of three of your favourite candies and chocolates with vanilla ice cream. Small bits of Oreo, Daim, and Mars will be a tastier alternative to discover. Another favourite is rúgbrauðsís, a kind of rye bread ice cream.

Reading this would have made your mouth water, so get your Iceland tour packages from India booked with friends, family and loved ones and give your tastebuds a heavenly feel. Hakarl, referred to as fermented shark in English, is a famous food in Iceland. It is one of the most well-known and traditional Icelandic foods, which has gained fame internationally. The fermented shark might be the first dish you hear whenever a talk about Icelandic Cuisine pops up. The traditional way of fermenting shark meat is by burying it in the ground and then urinating on it before leaving it to dry for months. Thankfully the fermentation process has now been improved. Today the process involves burying the shark in the ground and then letting it dry.

An interesting fact is that it is the national dish of Iceland and a celebrated one. Without adding “Skyr,” no list of traditional Icelandic foods would be complete.

A low-fat dairy product called skyr is similar to yoghurt but still considerably distinct from it. Despite being extremely creamy and buttery, it barely has any fat. It is an item that is exclusive to Iceland and is particularly well-liked by both locals and visitors.

Skyr has been used to make various sweets, and it has recently gained popularity overseas. You can now get skyr in supermarkets worldwide, including the UK, the US, and Nordic nations.

Many are hesitant to plan or book Iceland tour packages from India because they are either vegetarians or vegans. But don’t worry because Icelandic cuisine offers a variety of vegetarian and vegan foods to pick from.

One of the best anyone can try is Vegetarian Icelandic pizza with toppings of loaded cheese, crispy and thin, freshly chopped capsicum, onion, tomato etc.

Icelandic snacks like french fries, bread and burgers, and noodles are all readily available at vegan and vegetarian restaurants for you to savour.

Most restaurants in Iceland provide vegan and vegetarian alternatives, which are much more than simply a last-minute afterthought. With the help of their local ingredients, chefs use their imagination to create a variety of tantalising and intriguing vegetarian and vegan dishes. It is a Dark, dense and slightly sweet bread.

Stop right there if you think this sounds boring. Iceland’s rye bread is fantastic (at least compared to any rye bread you have ever tried before).

In Iceland, there are two varieties of rye bread: sweet and sour.

Your tastebuds will go through a divine feeling when you eat it with liberal amounts of smjor (also known as Icelandic butter).

Eat it spread with butter, smoked fish and cream cheese, or even blended into ice cream – you’ll find this everywhere in Iceland.

If you find Plokkfiskur on the menu, it is a delectable comfort dish from Iceland that is always a fantastic choice. The ingredients for this classic Icelandic food are boiled fish (usually cod or haddock), white sauce, mashed potatoes and onions.

Nowadays, almost every Icelandic household has its unique recipe for Plokkfiskur. It is a delightful dish to consume during Iceland’s chilly and arduous winters. While most stews favour red meat, such as pork or beef cuts, as their choice of protein, this traditional Icelandic fish stew opts for fish – hence the “fiskur” in the name. A piece of rye bread is typically included with it to help sop up the sauces.

In Iceland, chocolate is as famous as their slow-roasted lamb and fermented shark. Due to import restrictions, foreign candy and chocolate bars were formerly unavailable in Iceland. And so they created their own!

You’ll find a vast section of traditional Icelandic chocolate and other goodies in the local stores in addition to the typical Milky Ways, Snickers and various European chocolate bars. The best chocolates you can try on your Iceland tour package from India are – HITT(liquorice on the top of caramel filling), Yankie(an Icelandic milky way with no liquorice), Prins(layers of crunchy wafers and creamy chocolate covered in dark chocolate) and many more.

Moreover, add the tour of a chocolate factory to your places to visit in the Iceland list. This tour is perfect for you if you enjoy sweet things! Visit the Omnom Chocolate factory in Reykjavik Harbor for a tour and tasting session. You’ll learn how the chocolate is manufactured there and get to try a tonne of different flavours.

For ages, smoked lamb has been a staple of Icelandic cuisine because smoky meat was traditionally a successful method of flavour addition and meat preservation which was widely used in Iceland.

There are two traditional ways to smoke meat. The first is called “birkireykt,” and it involves smoking meat by burning birch wood. The other is called “tareykt,” and it’s frequently used to smoke a variety of foods by igniting hay combined with dried sheep dung! Its Icelandic name, “hangikjöt,” which translates to “hung meat,” derives from the fact that it was historically smoked by hanging it from the rafters.

Pure beauty and captivating nature are your companions everywhere in Iceland. The island of fire and ice- Iceland, has propelled itself to the top of traveller’s lists throughout the world, drawing both thrill-seekers and nature lovers looking for a surreal experience. Iceland is home to active volcanoes, glaciers, geysers, hot springs, ice fields, and fjords. This sparsely populated country is located just beyond the Arctic Circle atop one of the globe’s most volcanically active areas.

People are beginning to recognise the presence of Icelandic food as something distinct from Scandinavian cuisine as a result of the rise in tourism to this little island nation of Iceland. Such is the novelty that chefs in well-known restaurants in the West have begun to attempt to mimic foods from Iceland. Book an Iceland tour package from India and find out for yourself! 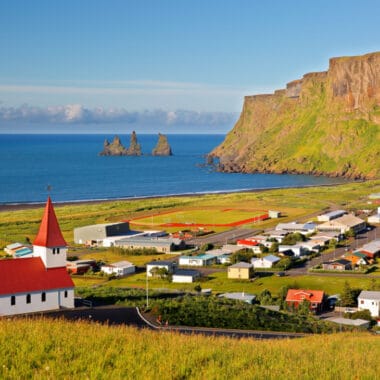 Top Hotels for a Memorable Vacation in Iceland

The Best Time to Visit Greece – A Seasonal Guide