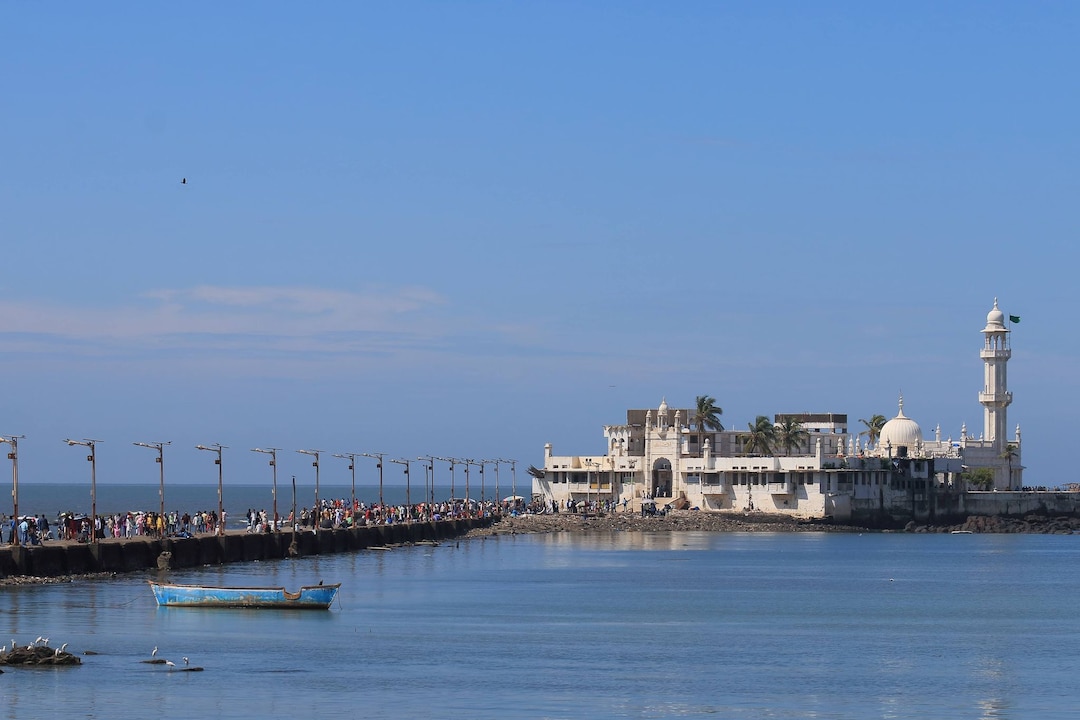 One of the most renowned Islamic shrines, Haji Ali Dargah, is a striking illustration of the Indo-Islamic architecture style. Famous for its mesmerising location, architectural beauty, and religious significance, the Haji Ali Dargah houses the mortal remains of a 15th-century Sufi saint, Pir Haji Ali Shah Bukhari. Situated against the backdrop of the splendid Arabian Sea, the mosque appears like an imaginary world floating on the water. One of the best places to visit near Mumbai, Haji Ali Dargah, is close to 6 km from Mumbai Chhatrapati Shivaji Terminus. Here is everything you need to know about the Haji Ali Dargah in Mumbai, including architecture, history, timings, and more.

Spread over in an area of 4,500 sq. meters, with 85 feet height, this magnificent Dargah in Mumbai is built using ‘Makrana’ marble, the same marble used in the Taj Mahal structure. The shrine houses two monuments, including a mosque and the tomb of Pir Haji Ali Shah Bukhari. The tomb is covered with silver frames from all sides, and the entire construction is encircled by eight pillars of marble. The structural design of this famous Dargah in Mumbai reflects the styles and designs of Indo-Islamic and Mughal architecture. Owing to its unique and striking locations, the road to the mosque gets submerged in the water during high tide, making it inaccessible.

The main hall inside the Haji Ali Dargah is bordered on three sides by three halls, including South, West, and East. While the west hall is reserved for women, men are allowed to pray in the east hall. The marble ceiling of the central hall is decorated with mirror work and inscribed with 99 different names of Allah. Also, the walls and ceilings of the main hall have verses from Quran Sharief, engraved on them. The mosque also houses a three-story sanatorium and a dedicated Qawwal Khana. The Haji Ali Masjid is connected with a seashore and a 700-yard long walkway. There are no railings on either side of the pavement, so the visitors feel thrilled as the waves from the sea strike against the walkway. At night, the sight of the mosque brightens up in the distance with nothing but the magnificent Arabian Sea all around it, creating a heavenly view. It appears to be floating on the water with no relation to the mainland.

This famous Dargah in Mumbai was built by a 15th century Sufi Saint – Sayyed Pir Haji Ali Shah Bukhari. He was a rich businessman from Bukhara, which lies in present-day Uzbekistan. He decided to abandon all his materialistic wealth and worldly possessions to become a saint just before leaving for Mecca. Later, he travelled the world and finally settled in Mumbai.

A mystical history of Haji Ali Dargah is that once the Sayyed Peer came across a poor lady crying on the road while having an empty pot. The lady used to sell oil, but that day she accidentally split her oil on the road. Haji Ali went to the same spot and jabbed his fingers into the earth. The oil oozed out from the earth, and the lady refilled the vessel and thanked the saint. However, the saint had a distressing dream that night, thinking that his action had damaged the earth. He was filled with regression and sorrow that affected his health too. Later, he travelled to India and reached the Mumbai shore. He decided to live in Mumbai permanently and spread Islam awareness around the world.

Another point of historical significance is that Haji Ali Dargah is associated with the Saint’s death. It is said that he asked his followers not to bury him right away post his death rather they throw the coffin in the ocean and then bury the body in the exact place where it is found. The saint’s followers did the same, and his coffin was found on a mound in Worli. The Haji Ali Masjid and the saint’s tomb were constructed later on the same spot.  Today, the tomb has become a renowned mosque where people from all religions come to seek blessings.

The opening time of Haji Ali Dargah is 5:30 am to 10:00 pm, every day throughout the year. However, the best time to visit this beautiful mosque is from October to March, when tides remain lower, allowing easy access. This mosque is visited by over 40,000 visitors on all days, especially on Thursdays and Fridays. You can also pay a visit to this Dargah for enjoying the rituals of Islamic festivals like Ramjan and Eid. Apart from this, the annual Urs or death anniversary of Sayyed Pir is the biggest occasion here. Remember, this famous Dargah in Mumbai can be visited during the low tides via a walkway encircled by the sea on all sides.

How to Reach Haji Ali Dargah

Visitors can reach the Dargah via buses and taxis to the Worli bay and then walk up to the mosque.

Via Air – The Dargah is only 20 KM away from the Mumbai airport.

Via Sea – Situated near the Worli Sea Link, the Haji Ali Dargah can be accessed by any water transportation mode or cab.

Via Train – The mosque is well-connected via a train route. So you can reach there from Mumbai Central Station, Byculla Station, and the Mahalaxmi Station.

Also named as Netaji Subhash Chandra Bose Road, Marine Drive is believed to be the pride of Mumbai – the City of Dreams. Located 5.2 km away from Haji Ali Dargah, this beautiful spot is also known as the Queen’s Necklace because streetlights along the massive seashore look like a necklace of dazzling pearls, creating a virtual image of a necklace. You can visit this place to experience the natural beauty, click some beautiful pictures, and have some local delicacies.

Situated 6.2 km away from Haji Ali, the Siddhi Vinayak temple is a highly revered place dedicated to Lord Ganesha. The temple houses a small sanctum having the idol of Shri Ganesha, which is made out of a single piece of black stone. It is believed that the statue of Lord Ganesha is self-manifested and fulfils the wishes of devotees.

One of the major tourist attractions in Mumbai, Chowpatty Beach, is situated around 3.4 KM away from Haji Ali Dargah in Mumbai. Here, watching the glorious sunsets is a sight worth visiting, at least once in a lifetime. Also, you can enjoy different activities for amusement such as Camel ride, Merry-go-round, Ferris Wheels, and Pony Ride. This tourist spot in Mumbai is famous for having stalls of mouth-watering Bhel- Puri and some other delectable options like Pav Bhaji, Chat, Pani Puri, Golas, and Kulfi.

Also known as Gharapurichi Leni, the Elephanta Caves is situated on Elephanta Island in Mumbai. Assigned as a UNESCO World Heritage Site in 1987, the Elephanta Caves is the epitome of Indian architecture, representing Indian mythology in every corner. With a 60000 sq ft area, the cave temple complex houses the central chamber, courtyards, and several subsidiary shrines. When you visit Mumbai, make sure you include the Elephanta Caves in the package to experience the spiritual and historical marvels here.

The Haji Ali Dargah is among the most revered places in India, where you can experience a sense of calm and tranquility. Get ready to enjoy the scenic beauty and positive vibes of Haji Ali with a well-planned Mumbai tour package from Veena World. 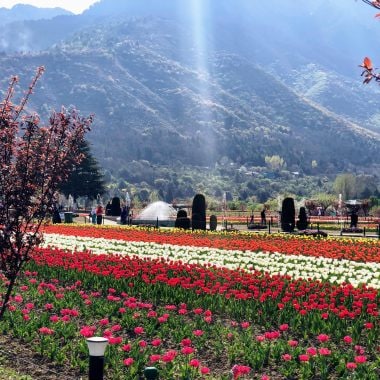 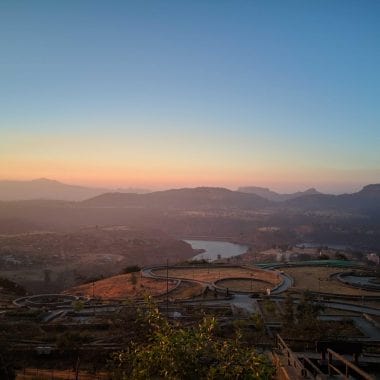 Saputara Hill Station in Gujarat: A Place that you Must Visit and Explore