Blog › Gwalior Fort: Historical Facts about One of the Oldest Hill Forts in India

Gwalior Fort: Historical Facts about One of the Oldest Hill Forts in India

Reputed to be among the most beautiful fortresses in the country, the Gwalior Fort is a thriving tourist destination today. Exuding energy that speaks of the days gone in a harmonious tune, the walls of this fort capture your attention as soon as you step into the complex of Gwalior ka Kila. Much to the pride of the locals, this fort has become a place of worship, wonder, and sheer amazement for travellers from all over the world. Situated around four kilometres from the city centre, the fort of Gwalior should be part of your travel itinerary.

While some folks tend to get swept away in the Khajuraho-Ujjain temple-hopping trip, the ones who truly love to discover ancient monuments must visit this fortress. The timings of the Gwalior Fort are 9 am to 5 pm all days of the week. The tickets for adults are Rs. 75, Rs. 40 for children and Rs. 250 for foreigners, respectively. The ideal time to visit this magnificent fort would be between October and March as the temperatures are fairly pleasant.

Let us acquaint you with Gwalior Kila with these 7 interesting facts: –

1. The Ambiguous Origin of the Fort

When we discuss the origins of Gwalior ka Kila, it is essential to note that the main structure has been standing tall since the 6th century! That’s right. As old as monuments can be, this fort has witnessed every season, war, and love story known in the Indian subcontinent. Legend has it that the Gwalior Fort was built by Suraj Sen, a Sakarwar Rajput, in honour of the saint who saved his life. According to folklore, Gwalipa was a sage who offered the king water from a sacred pond (still found withing Gwalior ka Kila complex) when he was suffering from leprosy. Upon consuming this water, the king was cured instantly of the disease and thanked the sage for his kindness. In return, Gwalipa blessed him and his coming generations of ruling the land without any hindrances. This fascinating story is often told by experts and historians who provide heritage walks at this fort. History buffs on Gwalior tour packages should participate in one of the walks to learn about the inception of this fort.

2. Monuments and Temples within the Premises

A fort with several temples and monuments located inside its premises brings enough clarity to understand how different cultures, traditions, and kingdoms left their mark on it. In its entirety, there are 11 temples belonging to the Jain Tirthankaras with the tallest idol of Rishabhanatha or Adinatha hoisted up to a height of 58 feet! Besides this, Gwalior Kila’s Teli ka Mandir or Tellika Temple is a famous tourist destination in itself. It was built in the 9th century by the Gurjara-Pratihara dynasty. Right next to this temple is Garuda monument in honour of Lord Vishnu. The most unique characteristic of this monument is that it has influences from Hindu and Islamic architecture alike.

The palaces inside the Gwalior Fort have a separate set of admirers even today. The most popular one is Man Mandir Palace built by Maharaja Man Singh in the 15th century. Karn or Karan Mahal built by his successor, Kirti Singh is another palace worth visiting. Last but not least is Vikram Mahal, a palace that was constructed under the rule of Vikramaditya Singh, the eldest son of the first Tomar king.

In 1505, Sikander Lodi made an attempt to invade the Gwalior Fort, however, the attempt was an unsuccessful one. This is because the Tomars were renowned for their valour and left no stone unturned to protect their fortress. After the demise of Man Singh, the battle ended with Gwalior Kila in the hands of the Delhi Sultanate. But with the rising presence of the Mughals in North India, this fort was snatched away within a decade. A power struggle began in 1542 between the Delhi Sultanate and the Mughals with Gwalior Kila as the winning price. Sher Shah Suri took the entire fortress in a fierce battle. Upon your visit here today, you will understand why this fort was significant to these powers. Not only is it strategically located on a hilltop but also brings out the grandeur of an empire ruling in it. Keeping this in mind, you will also learn that Akbar was the first Mughal emperor to turn this glorious fort into a prison. Information on the Gwalior Fort’s captures by various kingdoms can be found at the Archaeological Museum within the premises as well.

4. Prison for the Sixth Sikh Guru

As mentioned earlier, the most benevolent Mughal emperor, Akbar, first used the Gwalior Fort as a prison for political entities that infiltrated his empire. Following the footsteps of his father, Jahangir made sure that this fortress was utilised in oppressing the sixth guru of Sikhism, Guru Hargobind. To shed some light on the youngest religion in India spreading harmony under the rule of the Mughals, you should know that Guru Arjan was executed by Jahangir because of increasing influence on the people. Guru Hargobind, a born warrior, dedicated his life against the Mughal rule and was imprisoned at Gwalior Kila for 14 years. Mind you, he was only 11 years old at that time. The reason given by the Mughal authorities was that the Sikhs were unable to pay the fines imposed on them. Although there is no known record of the time of his release, it is estimated to be around 1611. The fort of Gwalior became a sight of oppression for the Sikhs but the positive outcome was the introduction of Bandi Chhor Divas at Gurdwara Data Bandi Chhor situated inside the complex. This festival is still celebrated in honour of Guru Hargobind’s release from the Mughals. It is because of this historical event that this fort is part of Gwalior sightseeing one day tour for people from the Sikh community.

5. Home to the Second Oldest “Zero”

Did you know that Gwalior Fort has the ‘second oldest zero recorded in history’? On your way to Hathi Pol or Elephant Gate, you will come across Chaturbuj temple dedicated to Lord Vishnu. This particular temple is one of the places to visit in Gwalior to read the inscription depicting zero in a mathematical equation. This plaque is said to date back to 875 CE, second to the oldest inscription with zero in the entire world! To elaborate on the written details, the inscription mentions a land grant of 270 hastas (measuring unit in the ancient times) made for a flower garden. Along with this, it mentions a daily grant for 50 flower garlands as well. The numbers “270” and “50”, both have zero mentioned in them. The timing in the Gwalior Fort that is best suited for observing the “zero” is right when the gates open as it is less crowded.

6. A Temple Construction Out of a Domestic Feud

As far as domestic feuds are concerned in India, we all know that nothing good comes out of it. Except for this particular historical fact. Sahastrabahu Temple, commonly known as Sas-Bahu Temple, located inside the Gwalior Fort is perhaps the only positive outcome from an altercation that took place between a mother-in-law and a daughter-in-law. During the reign of the Kachchhapaghatas, it is believed that a feud broke out between the mother-in-law and her daughter-in-law regarding the deity to be worshipped inside this temple. To resolve this issue, both deities of Lord Shiva and Lord Vishnu were accommodated inside this twin temple to please both the ladies of the royal family. Imagine if domestic issues could be resolved so peacefully in today’s times!

7. The Legend of Tansen’s Tamarind Tree

Tansen, the legendary musician of the Mughal courts, has a melodious connection with Gwalior Kila. It is believed that a tamarind tree situated insider the fort has leaves that can make your voice melodious! This folklore has been around for ages mainly because of Tansen’s tomb inside the fort and his magical voice reverberating into the villages located close by. The sound and light show organised nowadays illustrates this legend along with the love story of Man Singh and Mrignayani in the most serene manner. The timings of this show differ according to the season, so you can plan your trip to this fort accordingly.

It is with good reason that Gwalior Fort stakes its claim as one of the top hill forts of India. Pay it a visit and experience it in its full glory! 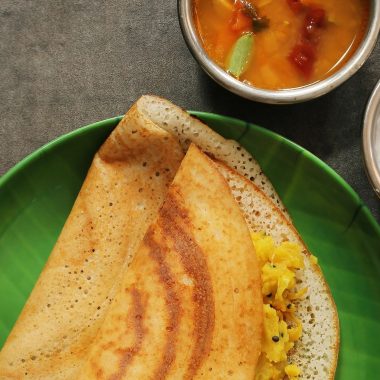