Gwalior is the city of enthralling architecture and glorious temples. A town that captures each testament from its roaring history of empires and exhibits them with splendour. The town is said to be built on the back of many great empires, and that becomes fairly evident through its monuments and architecture.

Famous for the Gwalior Fort and the British era architecture, Gwalior is said to be a hub of art and culture in the northern region of India. The legendary musician Tansen, from the court of Akbar, belonged to Gwalior and even today, the town is an epicentre of Indian classical music.

A huge part of the Gwalior heritage is the grand palaces and forts constructed here which contribute most to the Gwalior sightseeing experience. Gwalior has also played an important role in the modern history of India, with the Gwalior Fort being the last frontier at which the Rebellion of 1857 was fought by Rani Laxmibai against the British Raj.

Here are some of the places one can visit on their Gwalior sightseeing one day tour: – 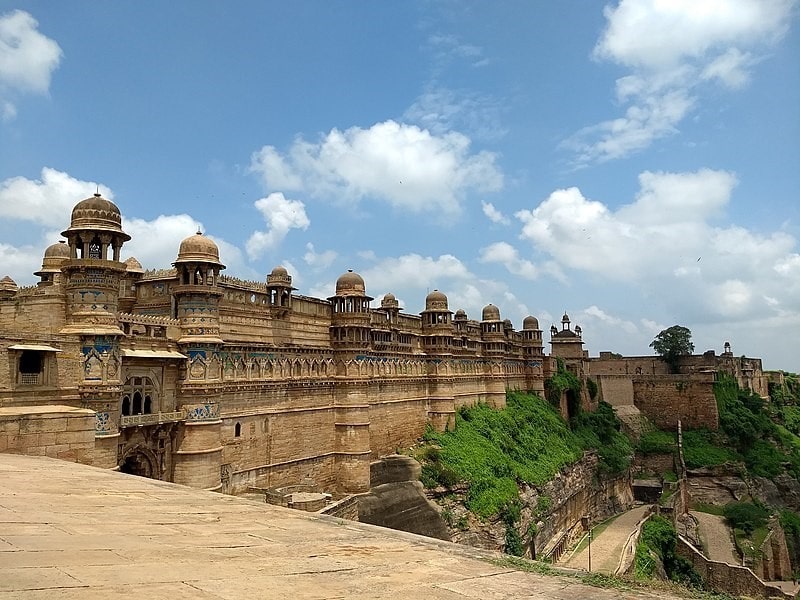 Gwalior Fort is a celebrated monument owing to the role it played in the enchanting history of the Bundelkhand region. The fort can easily be regarded as one of the most important historical places in Madhya Pradesh. Although the exact period in which the fort was constructed is unknown, it is common belief that the imposing structure was built in the 3rd century by the then king, Suraj Sen. The fort has a rich history and has flourished as an important peg in the wheels of several empires, including the lineage of King Suraj Sen to whom the Fort belonged for 84 generations. The Tomars, Mughals, Marathas, and finally even the Scindias laid claim to the fort at some point or another in its illustrious history.

The fort is also known to be the place where Rani Laxmibai, the great martyr from the 1857 revolt, fought her last battle. 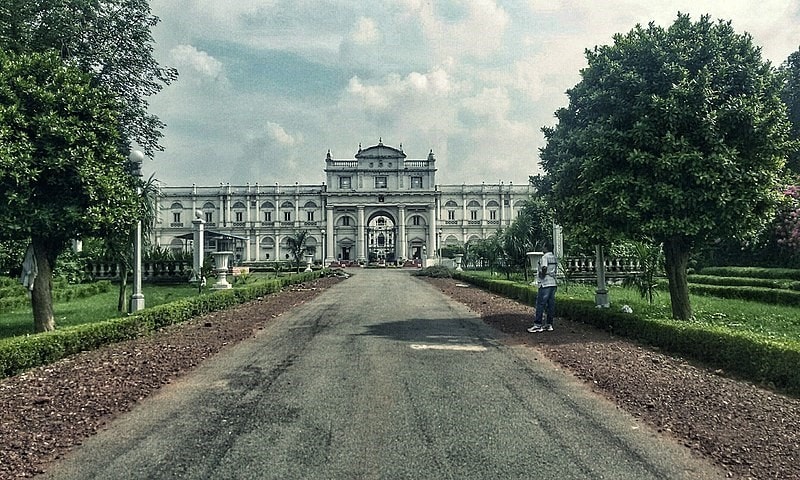 Jai Vilas Palace is one of the important attractions within your itinerary for a Gwalior sightseeing tour. It is a symbol of Indian royalty and a sheer embodiment of opulence. Constructed in the year 1874 to welcome King Edward VII, the palace was built to perfection. The regality of the palace is such that it spans over a sprawling 75 acres of land with crystal chandeliers and woven carpets that bring out its affluence.

Not just the palace but each artefact from the palace is an object of wonder itself.

The Darbar Hall, which is the largest space in the palace, boasts a 50-feet wide dimension and a ceiling that is 100-feet tall! And that’s not it; the plush carpet in the grand hall was hand-woven by workers for which they took 12 years. Wait, there’s more. The chandeliers of the grand palace are known to be the largest ones in the world, weighing about three and a half tonnes.

The palace today is residence to the Maratha-Scindia royalty, and 35 rooms from the massive edifice serve as a museum for housing artefacts and curios from the Shah Jahan and the Aurangzeb eras.

A visit to this magnificent palace is part of every Gwalior tour package since it is among the most important Gwalior sightseeing places to be included in a Gwalior city tour. 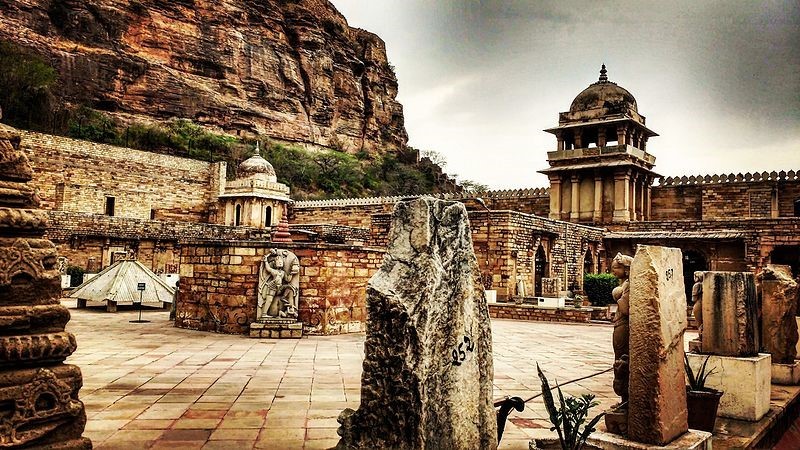 The palace is now in ruins and serves as a state archaeological museum housing artefacts, terracotta objects, and Hindu and Jain depictions of gods from as early as the 1st and 2nd century BC. You must definitely include Gujari Mahal in your Gwalior sightseeing one day tour. Built between 1486 and 1516 by the Tomar ruler King Man Singh Tomar as his residence, Man Mandir Palace, much like the Gujari Mahal, is in ruins today. Although heavily damaged, the statues, carvings, and designs of this forgotten era are still evident in the ruins.

Man Mandir Mahal was also presided over by the Delhi Sultanate in the later years of history. During these years, Aurangzeb used the lower levels of the mahal as a prison where he poisoned his brother.

The ruins of the palace provide for a window into the rich history of the region from the Medieval period and the art and culture that flourished then. This palace should not be missed out on a Gwalior sightseeing trip. Tansen was one of the most influential musicians of the Medieval period. He is credited for several compositions in the medium of Hindustani classical music and is practically a legend in the northern parts of India.

The famed musician was a courtesan at the court of Emperor Akbar and was dubbed as one of Akbar’s Navratna (9 jewels). So much so that it was a belief that Tansen could create magic with his music, bringing rain, enchanting animals, and a plethora of other tales like these.

Tansen’s Tomb is where this great musician was buried, and here, Tansen Annual Music Festival is held in his honour, in which great musicians from all over the country participate. Owing to the Tomb of Tansen is among the most popular Gwalior sightseeing destinations. 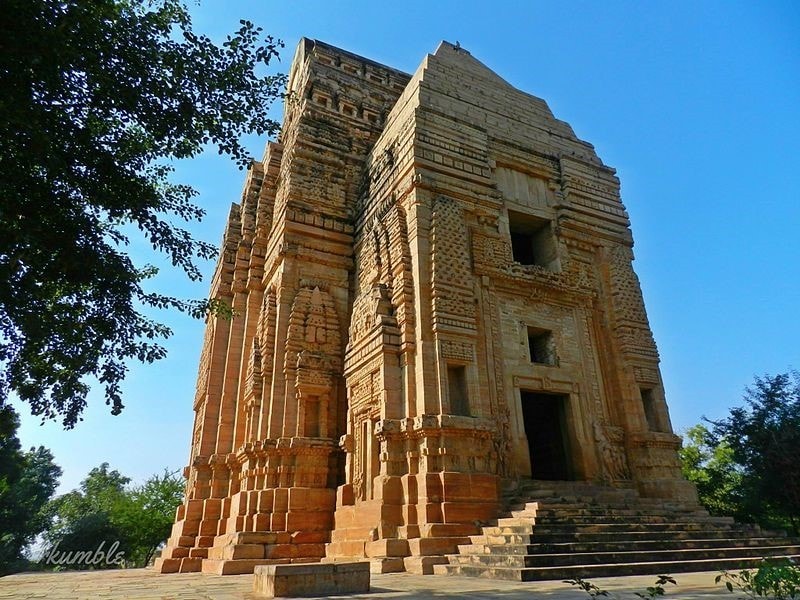 Teli ka Mandir is one of the oldest structures in Gwalior. Built in the fort premises during the 9th century, the temple has a distinct Dravidian architecture with sculptures and carvings that are typically seen in North Indian monuments. The temple is 100 feet tall and was used to extract oil before the British Raj, and thus got the name Teli ka Mandir.

While planning your Gwalior sightseeing tour, have a lot of time at hand. Although the nature of the sites is majorly archaeological and historical in nature, the fun of visiting each of these attractions lies in exploring them in totality. Let us know if you agree with us post your trip.